The major world religions go back thousands of years. With all that history to draw on, you might expect their images and tenets to have changed over time. In fact, some religions have completely changed course on some of the positions for which they’re most famous.

10Islam Once Accepted Pictures Of Muhammad 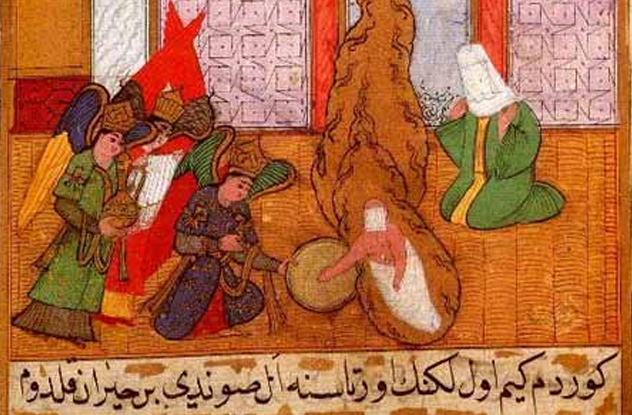 Caricatures of Islam’s founding father have sparked massacres and riots, with even moderate Muslims finding them grossly offensive. Early Islam, however, had absolutely no problem with it.

In the earliest days of the new religion, visual arts weren’t considered worthy of discussion at all. Later, Quranic passages were interpreted to suggest an absolute ban on figurative imagery, but paintings of Muhammad were thought to aid devotion. In the 13th century, Islamic artists did a roaring trade in miniatures of the prophet, depicting scenes that showed every major episode in his life. It was only in the 15th century that it became widely agreed that showing Muhammad was blasphemy, and even then the prohibition only applied to his face. Modern-day Tehran and Cairo both have government-approved public art showing Islam’s founder from behind.

It’s still possible to see old Islamic images showing the prophet’s face. New York’s Metropolitan Museum of Art has had at least two of these ancient paintings on public display for years. 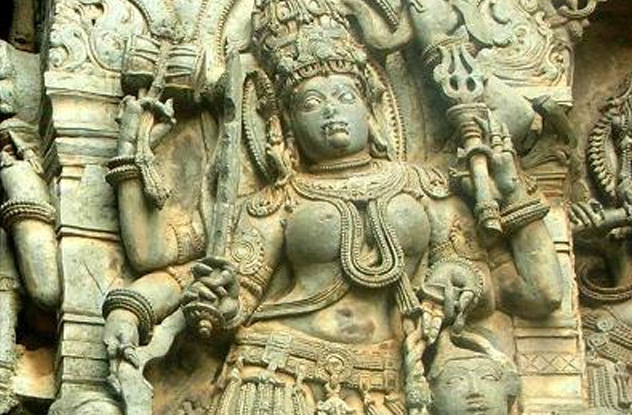 Compared to the ancient beast that is Hinduism, the world’s other major religions are barely out of their diapers. As a conglomeration of different religious traditions, aspects of Hinduism may have been in practice as early as 2000 B.C., with members of the Indus Valley civilization possibly worshiping a prototype of Shiva. At the very least, parts of modern Hinduism descend from the Vedic Period (1500–500 B.C.). Yet they differ from modern Hinduism in one important aspect. Vedic Hindus may have practiced human sacrifice.

We say “may have” because it’s far from clear. Although the Shatapatha Brahmana describes the ritual sacrifice of humans in great detail, it’s unknown today whether the writer was simply applying poetic license. There’s some evidence of human remains having been uncovered at sacrificial altars, leading some to conclude that Hinduism’s forefathers did indeed ritually slaughter one another. If that’s the case, it gives some of those ancient texts a disturbingly dark edge. The Katyayana Shrauta Sutra claims whoever performs human sacrifice is above every other person on Earth, while other texts specifically recommend sacrificing cripples, blind people, and (bizarrely) flute players.

Although mainstream Hindus abandoned human sacrifice long ago (if they ever really practiced it), occasional reports of child sacrifice linked to small offshoots of the religion continue to surface in modern India. 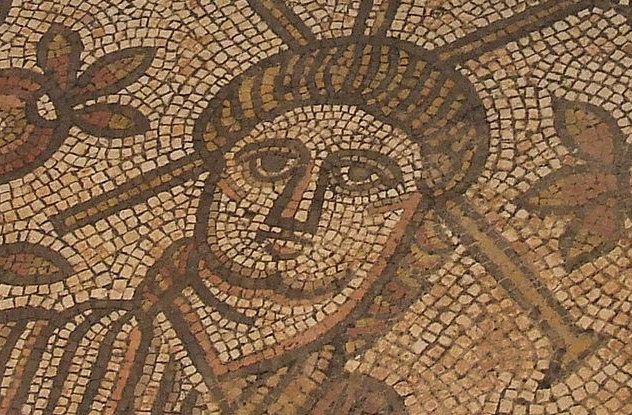 Although we have no record of what He really looked like, most of us have a firm image of Jesus fixed in our minds. The long-haired, bearded version of Christ is so popular that it appears everywhere from the Vatican to the remotest churches in Patagonia. Yet this wasn’t always how Christians depicted their Lord. For the first 300 years, Christ looked completely different.

In October 2014, archaeologists unearthed a picture of Jesus in Spain dating from the fourth century. Engraved onto a glass plate, it showed the Son of God as a beardless man with short, curly hair, dressed in a philosopher’s toga. Peter and Paul were depicted alongside Him with a similar lack of facial hair. This isn’t the only evidence we have of Christ’s image changing over time. The British Museum holds fragments of a fourth-century mosaic that imagines Jesus as a clean-shaven, slightly camp figure with a perplexing double chin.

As late as the 13th century, Byzantine artists were still showing Jesus in his curly-haired, beardless form. It wasn’t until the Middle Ages that a standard image of Christ became the template worldwide, complete with luxurious beard. 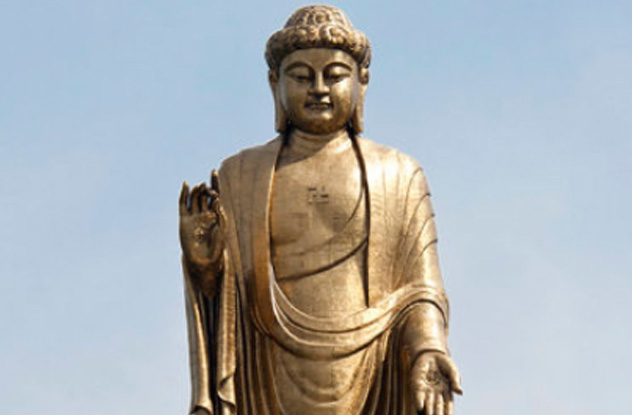 Buddhism is widely associated with statues of founder Siddhartha Gautama, and many of the more famous “Buddha statues” are among the largest statues in the world. But this iconic image only exists thanks to a chance change in artistic style. In the earliest days of Buddhism, artists never depicted the Buddha.

Instead, his presence was indicated by signs and symbols. One of the most popular was a pair of footprints, indicating a great man who had died but left his mark on the world. The image of a parasol was also used, as was an empty seat and (more familiar from Western religious tradition) a pillar of flame.

This prohibition against drawing the Buddha remained in place for centuries. Then sometime between the first and third century, religious art in the region underwent a complete transformation. Suddenly, images of Buddha started popping up everywhere, leading to the version we all know today.

6Catholic Priests Had Wives And Mistresses 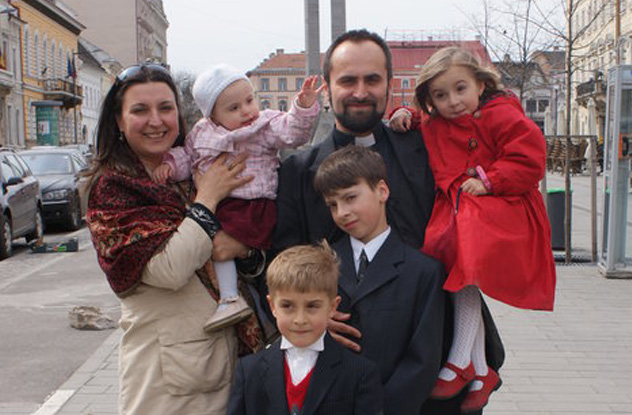 One of the central tenets of priesthood in the Catholic faith is celibacy. Although reports suggest that it’s not always adhered to, even in the Vatican, the official line is that men of the cloth should never succumb to carnal urges. At least, that’s the case today. Go back a few hundred years, and plenty of Catholic priests were not only happily married—they were keeping mistresses, too.

Since the Bible is far from clear about celibacy (St. Paul both advocated it and advised people with strong sexual urges to marry anyway), it took the Church a good 300 years to decide to make it official policy at the Council of Elvira. Even then, the prohibition wasn’t enforced until the Middle Ages, and there are plenty of stories of married priests and fornicating popes filling up the interim. Thomas of Aquinas even declared that celibacy was an Earthly law, rather than a divine one. The Church might care about your love life, said St. Thomas, but God certainly didn’t. 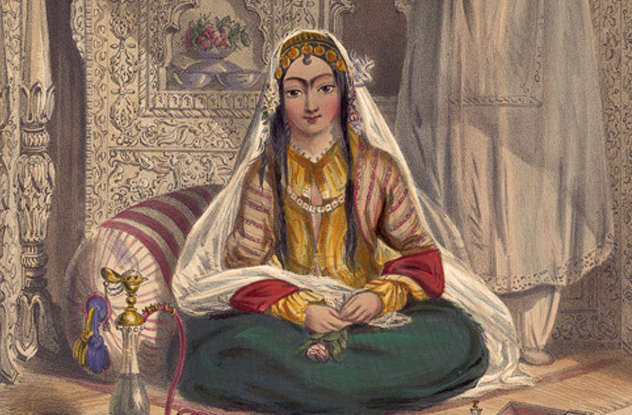 The Quran never once mentions the burqa for the very good reason that early Muslim women would’ve thought it madness to hide away. In the early days of Islam, women were considered a vital part of the religious community—so much so that Muhammad himself trusted them with vital secrets. When the prophet died, the followers he left behind even consulted important women in the community about who should succeed him.

It wasn’t until near the very end of the seventh century that the idea of shutting women away and dressing in obscuring clothing caught on, and even then it was simply a cultural import. When Muhammad’s armies entered Persia, they conquered a community whose women had worn veils for years. Rather than stamp the practice out, the new caliphs simply integrated it into their own culture, until the hijab became synonymous with Islam itself. 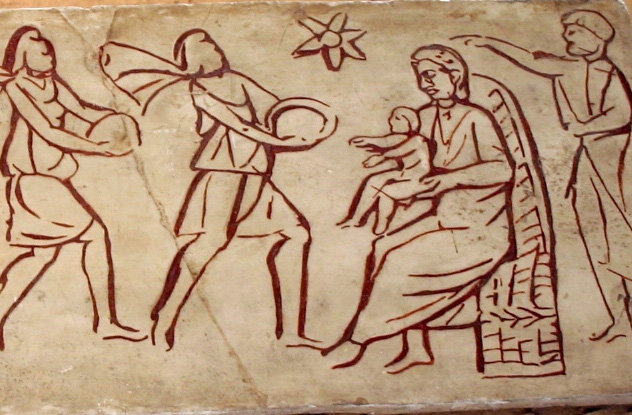 Christianity started out with an intolerant view of figurative imagery. Because Judaism at the time forbade making images of God, its new Christian offshoot felt compelled to follow suit. According to the director of the British Museum, looking upon an image of Christ in the first two or three centuries of the world’s biggest religion would’ve been “inconceivable.”

Instead, worshipers would have concentrated on getting close to God in spirit and in truth. The trouble was, this austere method of worshiping didn’t sit well with Romans used to seeing their gods as magnificent statues straddling town squares. Although the actual reason is up for debate, it’s been theorized that the first images of Christ were created as a sop to the newly Christianized Romans who’d been pagans only a few decades before. Whatever the reason, it triggered a major shift in Western religious art. 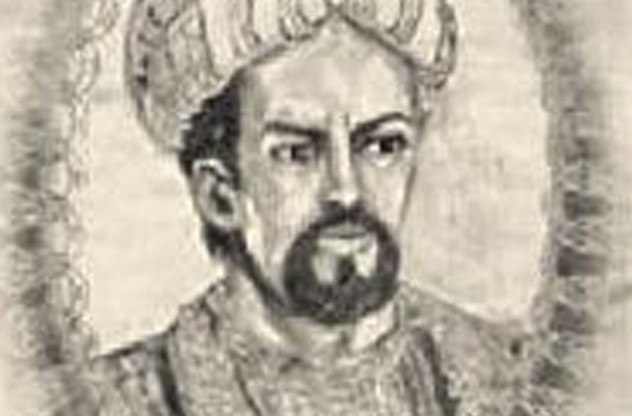 Many modern Islamic countries have a serious problem with atheism. Just last year, Saudi Arabia branded atheists “terrorists” and gave judges new powers to crack down on them. Iran, Sudan, and Pakistan all have laws that can be used to execute people who publicly profess their atheism, and Indonesia has previously used “religious incitement” laws to imprison atheists. Yet go back in time to the Islamic Golden Age, and you’ll find a religion that prided itself on freedom of thought.

From the earliest days of Islam, the Muslim world had a healthy tradition of mocking its own prophet. In the ninth century, the scholar Ibn Al-Rawandi openly declared religion irrational and branded the Quran’s miracles hoaxes. Despite living in the very center of the Islamic world, he lived out his life free from harassment. Nor was he a one-off. Fast-forward 60 years, and Abu Al-Ala’ Al-Maarri began a pro-atheism campaign so vitriolic that he’s since been branded the Richard Dawkins of the Abbasid era. According to Al-Maarri, it was possible to have brains or religion but not both. He openly insulted the caliphs and not only avoided a death sentence—he became a respected scholar and a celebrity.

It wasn’t until as late as the 1970s that mainstream Islam finally began to crack down hard on dissenting beliefs. There are even signs in 2015 that this hard-line attitude is beginning to thaw, potentially leading to more openness in the near future.

2Judaism Was Fine With Polygamy 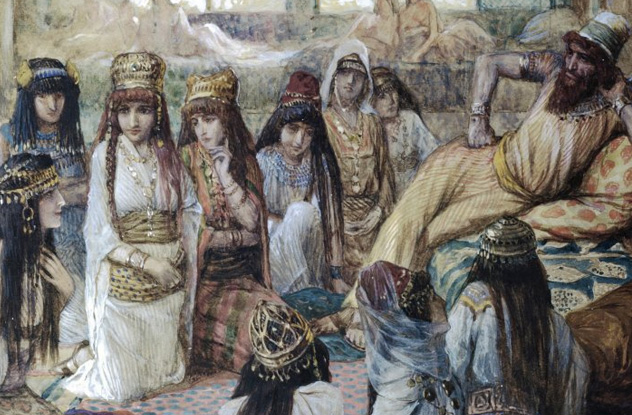 Today, most of us associate religious polygamy with smaller faiths like Mormonism. But in the 1300s, Jewish groups in Spain were allowed to practice polygamy in return for paying a special fee to the crown. It was common enough that the Spanish state wrote specific laws governing the practice. Go back even further, and the concept of shacking up with multiple wives becomes more common still. Early Rabbinic scholarship recommended that a man take no more than four wives, and Jewish law specifically permitted multiple marriages until well after the rise of Christianity.

It wasn’t until the 11th century that Rabbeinu Gershom finally banned the practice, converting Judaism to an officially monogamous religion. All the same, multiple marriages continued to be the norm in certain Jewish communities for the next few hundred years. 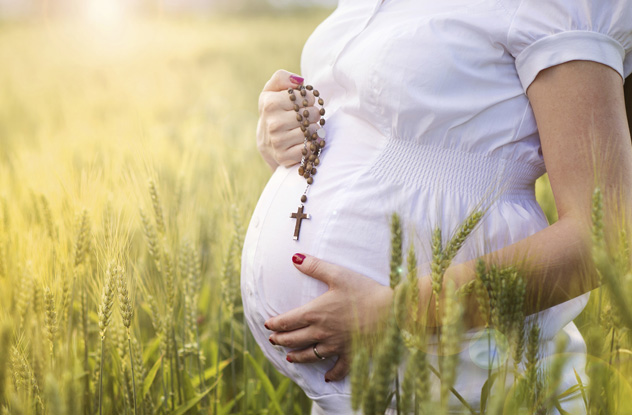 Abortion may well be the hottest topic in modern America. For the past half-century, women’s rights groups have clashed with conservative Christians over when and if it should be legal to terminate a pregnancy. Yet this culture clash isn’t the result of modern values crashing up against centuries of religious tradition. In Christianity itself, the morality of abortion has always been up for grabs.

Back in classical Greece, Aristotle wrote that fetuses get different souls at different stages of development. Initially starting out with the souls of vegetables, they then progress to the souls of animals and finally the souls of humans. The early Church borrowed these ideas, leading to a long-lasting battle over when a fetus becomes truly “ensouled.”

It was a battle with so many ups and downs, it’s almost impossible to keep count. At various times, it was thought both okay to abort an un-ensouled fetus and an utterly immoral thing to do. Heavy hitters within the Church from St. Augustine to Thomas Aquinas weighed in on the side of limited termination rights, only to be completely overturned a few decades later, then reaffirmed a few decades after that.

It wasn’t until 1917 that the Catholic Church firmly codified its stance on abortion. By that point, the debate had been raging for centuries. Far from having a traditionally conservative or liberal view on abortion, Christianity has never been anything but ambivalent.