The human afterbirth consists of the placenta, umbilical cord, and fetal membranes. Although most of us have probably never given it much thought, we all have a placenta to thank for keeping us alive in the womb. This disc-shaped organ, weighing around 0.7 kilograms (1.5 lb), develops alongside unborn babies and separates their blood supply from that of their mother. Oxygen and nutrients can pass to the baby along the umbilical cord, while waste products can pass back into the mother’s supply to be disposed of.[1]

In some cultures, the afterbirth is usually discarded as medical waste once the baby has been born. Others deeply revere the afterbirth and its role in the development of a new life, while scientists have extensively studied the possible medicinal uses of the placenta, umbilical cord, and fetal membranes. This has led to some fascinating rituals and uses for human afterbirths. Here’s our rundown of the ten most interesting ones. 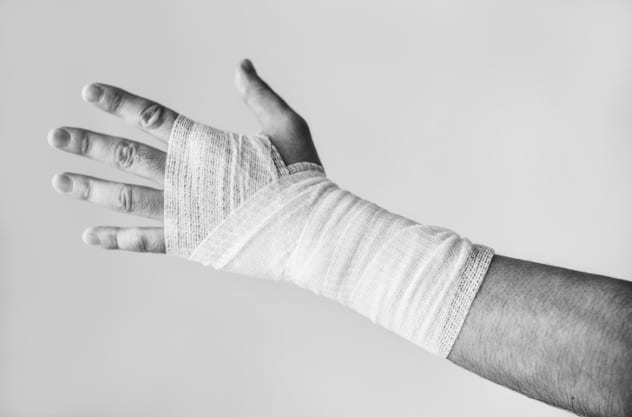 Doctors first started using fetal membranes, which make up the amniotic sac, for skin grafts in 1910 after a study showed that it was more effective than using skin taken from human cadavers or other animals. Later studies discovered that applying fetal membranes to burns and ulcers reduced patients’ pain and chances of developing an infection. They also showed that the membranes were capable of integrating with the person’s own tissues. By the 1940s, fetal membranes were being used to help heal people’s wounds after surgery.

Following these discoveries, doctors became even more creative in harnessing the healing properties of fetal membranes. If you’ve ever been unfortunate enough to have a bowel fistula, where a hole develops in your digestive tract and allows the fluids to seep out, you may be interested to know that wrapping the affected area with amniotic membranes after surgery has been shown to improve healing time. In the 1930s, doctors successfully used fetal membranes to reconstruct the vagina of a woman with Mullerian agenesis, a condition which causes the female reproductive system to develop abnormally.[2] However, the use of amniotic membranes for skin grafts has since been abandoned. 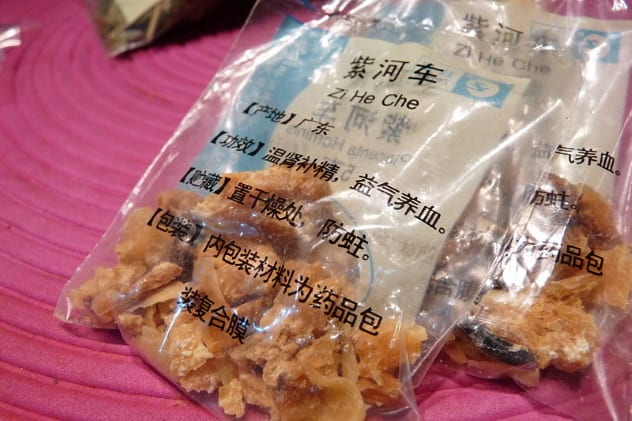 The earliest record of placentas being used medicinally is in a text by the herbalist Li Shihzen written in the 1500s. He described using small amounts of dried human placenta to treat a mind-boggling array of different medical complaints. Given the placenta’s role in growing babies, it doesn’t seem so surprising that it has been traditionally used to treat insufficient lactation, male infertility, and impotence. However, Li Shihzen also described using placenta to help with seizure disorders, tinnitus, lower back pain, and chronic coughing.[3]

Although the use of human placenta in traditional Chinese medicine has sometimes been used to support the practice of placentophagy (see below), women are not traditionally given the treatment directly after birth and do not consume medicines made of their own placentas. 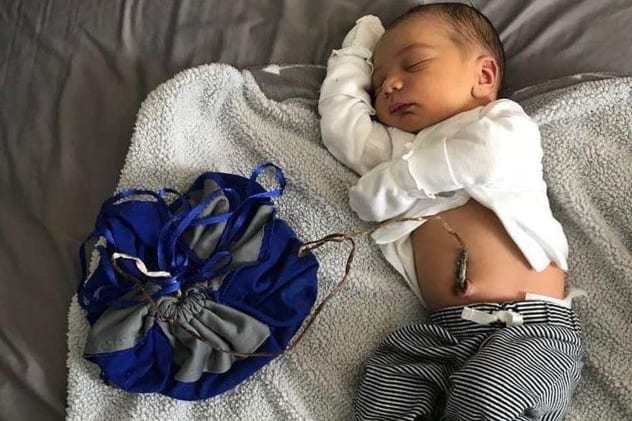 Cutting or clamping the umbilical cord soon after birth is mentioned in literature in medieval Europe as early as the 12th century. However, many obstetricians nowadays recommend delaying clamping the umbilical cord until the blood has stopped pulsing through it. This can help to increase a newborn’s hemoglobin levels and iron reserves. Lotus birth is a far more extreme take on the idea of delayed cord clamping.

Lotus birth involves leaving a baby connected to the placenta via the umbilical cord until it drops off naturally. During this time, the parents carry the placenta in a special bag or pouch. Advocates argue that allowing babies to stay attached to their placenta even after there is no longer a transfer of blood helps them transition more gently to life outside the womb and has potential health benefits. However, many experts believe that this unusual practice comes with a significant risk of infection to the baby. There’s also the added downside of a “meaty” smell coming from the placenta as it starts to degenerate.[4] 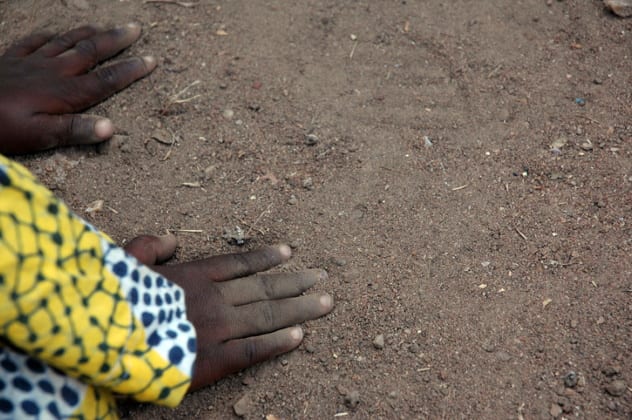 In parts of Western Africa, the inability of a woman to bear a child is considered a tragedy. It is believed that the afterbirth can help to promote or restore female fertility if certain rituals are performed.

After a woman has given birth, burying her baby’s placenta and umbilical cord in the earth is thought to return her to her previous level of fertility and heal her womb from the trauma of pregnancy and childbirth. In Ghanaian culture, there is a traditional belief that infertile women can bear children if they urinate on the spot where another woman’s placenta has been buried.[5] “Placentophagy” means eating the placenta. Some people believe that the placenta is packed with nutrients which could help a new mother recover from childbirth, boost her milk supply, and stop her from getting postnatal depression. There’s no limit to the weird and wonderful ways new moms have eaten their placentas, from whizzing them up with berries to make smoothies to cooking them with shallots and serving the whole thing as pate. Placentophagy tends to trigger strong reactions, and many people find the idea too revolting to stomach. So, is eating placenta actually healthy?

The potential benefits of eating human placenta have not been well-researched, and most of the evidence to promote the practice is anecdotal.[6] However, there is a risk that a mother or her baby could get a viral or bacterial infection from consuming her placenta. Studies have also shown that human placentas contain heavy metals and accumulated hormones, even if they have been cooked thoroughly. Some cultures believe that the placenta acts as a powerful guardian angel or spiritual guide to the newly born baby. In Bali, the placenta is thought to be the earthly body of the child’s guardian angel and is treated with reverence, being buried carefully wrapped in a cloth inside a coconut.[7]

In native Icelandic culture, the placenta is called fylgia, which means “guardian angel.” For this reason, it is believed that the placenta shouldn’t just be buried anywhere, or the child will be deprived of their guardian. Instead, tradition dictates that the family should bury the afterbirth under the floor next to the mother’s bed so that she walks over it every time she wakes. If this is done, it’s thought that the child will gain a spiritual protector in the form of an animal which suits their personality. 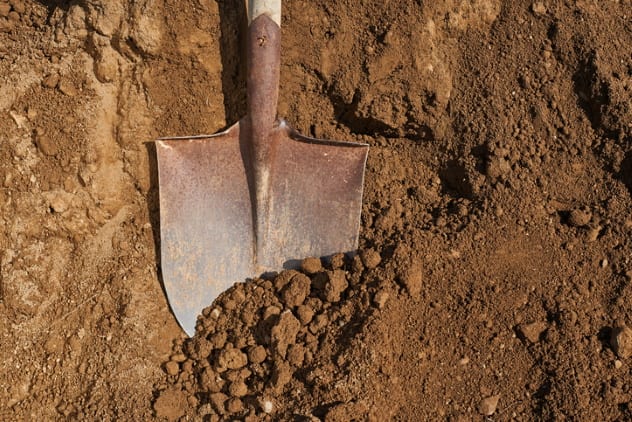 While some cultures associate the placenta with increased fertility, others use it as a means to prevent further births. In some parts of Hungary, burning the placenta to ashes and giving them to the male partner in a drink was traditionally used as a ritual if a woman didn’t want any more children.

According to the traditional practices in the Chkalov province in Russia, the placenta can also be used as a form of birth control. If it is buried with the umbilical cord facing skyward, it is believed that the woman will continue to conceive more children. However, should she not wish to have another child, she can dig up to placenta and bury it with the cord downward to prevent pregnancy. This ritual may be repeated several times to try to control the rate at which she bears children.[8] 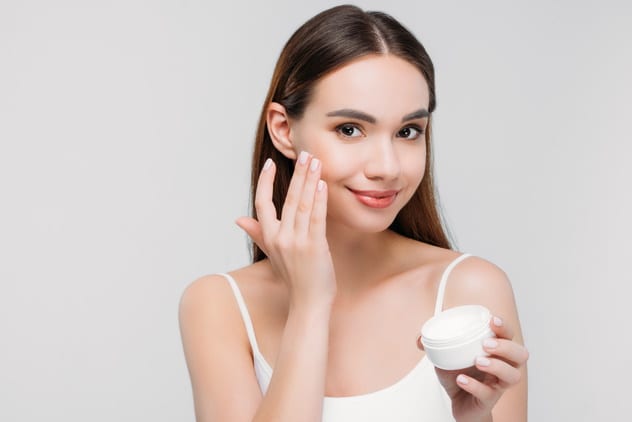 Human placentas contain large quantities of proteins and natural enzymes. These can be extracted and used to make compounds such as alkaline phosphatase for use in cosmetic products. Such compounds can be used in face creams and serums to generate skin cell growth or smooth wrinkles, or as a hair-strengthening agent in shampoos.

In 2008, a scandal erupted in the UK when it was discovered that Poole Hospital was turning a profit by selling donated placentas to be used in cosmetics. Some women who donated their placentas said that they did so in the mistaken belief that they would be used for pioneering medical research as indicated in the paperwork they were given to sign. In reply, the hospital described the money they received for the placentas as “donations” instead of payments and stated that the funds had been used to buy lifesaving equipment.[9] 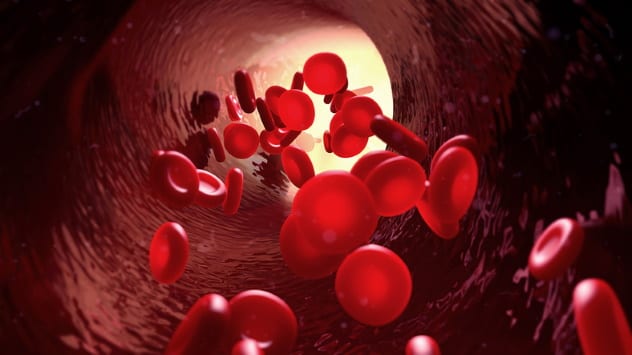 In Western culture, the umbilical cord used to be discarded, as there was no known use for it. However, it is now known that the blood left in the umbilical cord after birth contains blood stem cells. These are able to make red and white blood cells and platelets and can be used in transplants to treat children with blood diseases such as leukemia. Research is currently underway to pioneer the use of cord blood stem cells in adults as well.

It’s also possible to harvest blood stem cells for transplants from donor bone marrow. However, there are major advantages to using cells taken from umbilical cord blood. Unlike bone marrow, the process of removing cord blood is easy, painless, and harmless to both the mother and her baby. It appears that there is also a lower chance of the body rejecting stem cells from cord blood as opposed to those taken from bone marrow.[10] 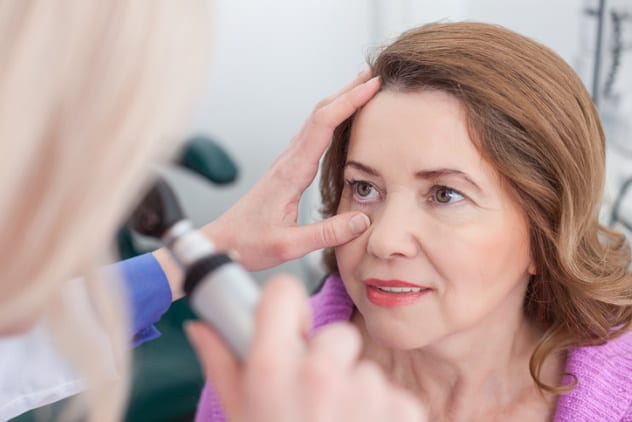 Although fetal membranes are no longer used for skin grafts, ophthalmologists have been using them to treat eye disorders for the last two decades. They can be useful in treating problems with the cornea, lens, conjunctiva (membrane covering the eye), and eyelids. Fetal membranes can be used to help tissue regrow if a person’s eyes have degenerated or been injured.

They can also act as a “biological bandage,” forming a dressing over a wound on the eye. As the tissue underneath heals, the membrane bandage gradually degrades and eventually disappears. Using fetal membranes instead of other methods of treatment can help to reduce inflammation and stop scar tissue from forming.[11]