Every living organism on Earth is in some way related to something else. This genetic web gets larger and weirder the more scientists look at it. Finding new relations is a fascinating genetic puzzle where the most unexpected creatures can turn out to be cousins. It is also the ultimate tool for learning about evolution. The more creatures are linked to each other, the more they reveal about the history of themselves as individual species, their family group, and the progression of life on Earth. 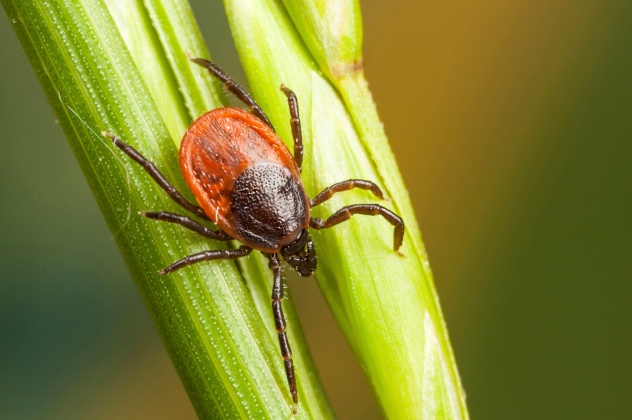 Many people believe that ticks are insects, but they are not. They are true arachnids, closely related to scorpions and spiders. It’s an ancient lineage; one gene study tentatively suggested that these creatures were here before the dinosaurs, already crawling around the surface of the Earth 400–450 million years ago.

For both ticks and scorpions, the next meal is primarily found by their excellent sense of smell, and they can only survive on liquid food. Ticks live on a diet of blood, while scorpions have a multipurpose venom that both paralyzes and liquifies their prey’s insides, which they then proceed to drink. Of the two, the scorpion is better adapted to survive the lack of nutrition and can go without eating for up to a year by adjusting its oxygen use and lowering its metabolism. Due to a lack of useful fossil evidence about the history of these arachnids, the same genetic study that placed them in primeval times also used their test results to support a theory that they hark back to a common, ocean-dwelling ancestor. 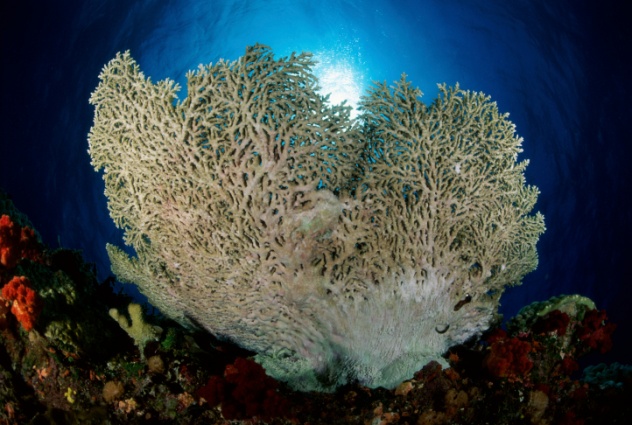 One swims like a fish, and the other grows like a plant, but in truth, both are actually animals. Jellyfish and coral belong to the family group called cnidarians: bell- or tube-shaped animals that can deliver a burning sting with their tentacles. Despite this, they certainly don’t appear to be related. Jellyfish sting swimmers and pulse themselves through the water, while corals appear to be twig-like bonsais that do nothing.

It comes down to body build, however. Cnidarians are sac-like creatures with a central opening around which the tentacles grow. This is more obvious with jellyfish. The coral frames often found in novelty stores are not the animal itself but a limestone coating built by them for protection and anchoring to a reef. The tiny individual corals are simplistic in design. They are cup-shaped sacs and have one opening that doubles as a means of both eating and excretion. They suck calcium carbonate from the ocean to build the branches that most people mistakenly see as coral. Thousands of minute coral animals stay around their limestone tree, using their tentacles to search for food. 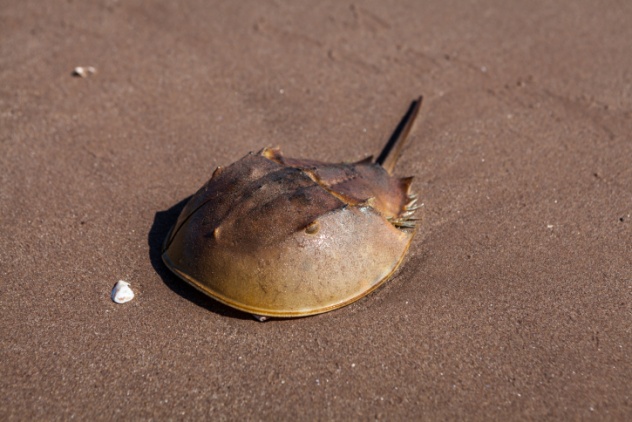 Horseshoe crabs were misidentified as crabs hundreds of years ago. Granted, they spend most of their time crawling over the sea floor and have a crab-like shell roughly resembling a horseshoe. However, they are grouped with arachnids.

Horseshoe crabs date back 500 million years as a species. These prehistoric survivors, who perhaps never evolved to flourish on land like the rest of their cousins, can grow up to 0.6 meters (2 ft) wide and use their long tails as a tool to dig for food or to right themselves when upside down. Even more remarkably, the horseshoe crab has 10 eyes on its back and sides, can replace lost body parts, and has blue blood. The blood is medically valuable and is used to detect bacteria, for cancer research, and diagnosing leukemia as well as vitamin B12 deficiency. Sadly, a great number of horseshoe crabs are caught for their blood and also by the bait industry. 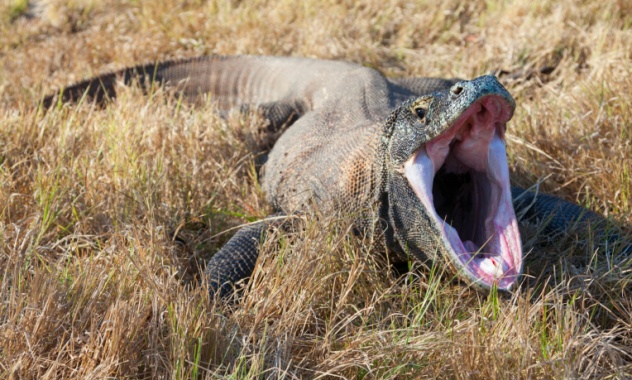 Nothing matches the cool factor when it comes to the largest lizard currently scaring the planet. The Komodo dragon looks intimidating, has toxic venom, and hunts prey bigger than itself. Now, raise this 3-meter (10 ft) reptile on its hind legs, give it horns, make it dinosaur-sized, and say hello to its cousin, the allosaurus.

One shared family trait is rather startling: These two super-predators have surprisingly weak jaws for their size. The Komodo’s chomping power falls in the range of the domestic house cat, and the ferocious allosaurus most likely had to hack and strip meat out of its living victims, rather than deliver crushing bites. However, dainty jaws weren’t a disadvantage during hunting, since evolution endowed them with specialized skulls, strong neck muscles, and cutthroat teeth. In short, they became lethal slashers.

Causing prey to die from large wounds and blood loss is called inertia eating, and the Komodo also uses this tactic, along with poisoning its prey during bites. The Komodo, whom researchers recently discovered originated in Australia as opposed to the Indonesian island of Komodo, even has a mouth with snake-like flexibility, allowing it to cause traumatic damage to a bigger area. Unfortunately for the extreme pet owner, neither is up for regular adoption. The dangers of keeping a Komodo ensure that dogs won’t be replaced anytime soon, and cousin Al left the scene around 150 million years ago. 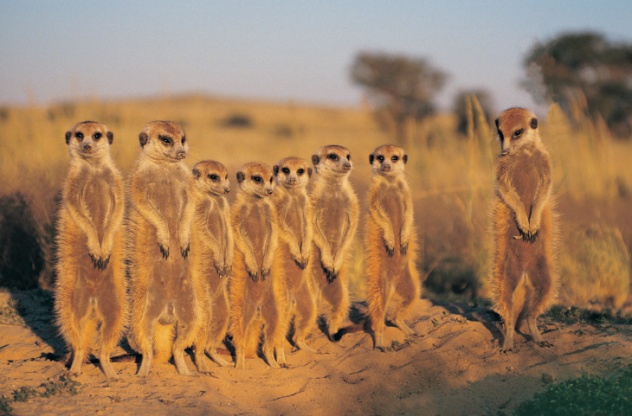 They may have similar names and superb, feline-like agility, but neither meerkats nor civet cats are remotely related to cats. These African carnivores are related to mongooses and weasels, noted for their long, elastic bodies.

Meerkat and civet mothers both give birth in underground dens, but their commonalities end there. Meerkats believe that it takes a village to raise a pup, but civets are single mothers who only group together with others during mating season. Civet babies are born rough and ready for the world, fully furred and able to move around. Meerkats are born naked and without their senses.

Meerkats, who are noted for scanning their environment while standing on their hind feet, as well as a degree of immunity to scorpion venom, are smaller and dull-colored. The nocturnal civet grows more than three times a meerkat’s length at about 1.4 meters (4.6 ft) and is a beautifully patterned animal with a bandit face mask and a jaguar-like pelt, which unfortunately makes it a regular hunting target. Meerkats can live up to 13 years, and Civets can live up to 20. 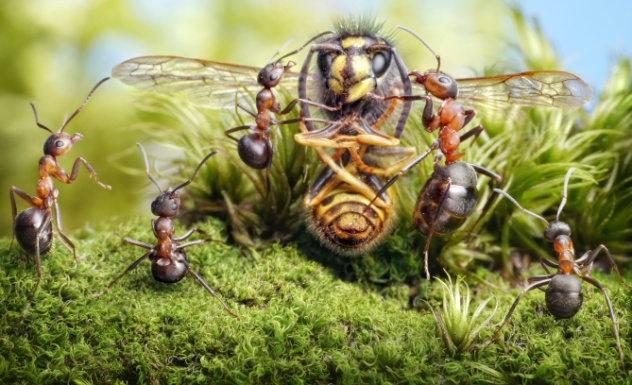 If bees were to attend some kind of taxonomic family reunion, they wouldn’t be hanging out with wasps but rather ants. The family line was rearranged when scientists sequenced the insects’ genetic material to answer an old question about how they evolved as a group. This group, called the aculeate (stinging) Hymenoptera clade, holds bees, ants, and stinging wasps. The results refuted the belief that ants were more closely related to certain wasps and only a far-off cousin to bees; the reverse turned out to be true, with the exception of digger wasps and mud daubers.

This new family tree now allows insect-loving scientists to study with more accuracy how reproduction, feeding, and social behavior have evolved within this stinging group, as well as their differences as separate species. The discovery also clarified a fossil that had been hard to place and, as it turned out, was wrongly classified. The Cretaceous Cariridris bipetiolata was thought to be the world’s most ancient fossilized ant, but with a new and better understanding of these insects’ family placement, it was reassigned as a type of ancestral wasp. 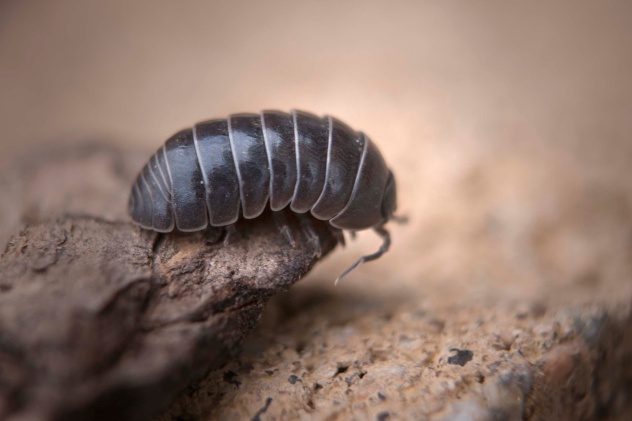 Woodlice are small, armadillo-like bugs sometimes kept as pets. Only, they’re not bugs at all. They are the land-bound cousins of prawns and crabs. Around 3,500 different types of woodlice scuttle around the planet, making them almost literally a fish out of water—a successful crustacean on land. All they have in common with insects is a tough exoskeleton and that their 14 limbs are jointed.

These “penny pigs” still need constant moisture to survive, perhaps because of their aquatic origins. That’s why they are so often found in rotting plant matter. Most species are herbivores, but sometimes one might snack on its own shed skin and excrement, or that of other shedding woodlice. Like most crustaceans, woodlice are edible and have been consumed alive by people who believe that they help with liver diseases. They also contain quite a large amount of calcium carbonate, which makes them a gross sort of antacid if the pharmacy’s closed and you really need some. 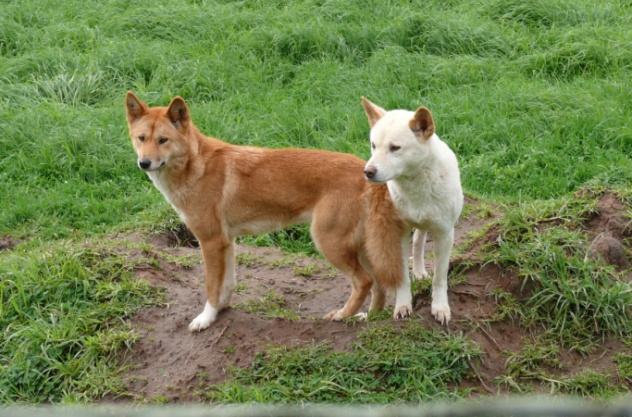 The bond between dingoes and wolves might not come as a jaw-dropping surprise. They’re dogs after all, right? Wrong. A groundbreaking—and long overdue—study finally buried the belief that the dingo is a product of feral domestic dogs. Listed as a threatened species in 2008, dingoes wore the label of being Australia’s own native dog for over two centuries, but it might be more correct to call them Australian wolves.

The Sydney study discovered that dingoes showed no conclusive signs of being descended from dogs, were not a subspecies, and were completely apart from dogs. Dingoes were never dogs, period. They are, however, related to the one of the smallest wolf species on the planet, the reddish, 1-meter-long (3 ft) Indian wolf. Spending up to 5,000 years in isolation genetically created the dingo as a separate and true canid species. With wolves, they share the pack dynamics of having pups once a year, which are raised by the whole family group, as well as territorial howling. But it’s interesting to note that the Indian wolf almost never howls, even though it is capable, and researchers still don’t understand why. 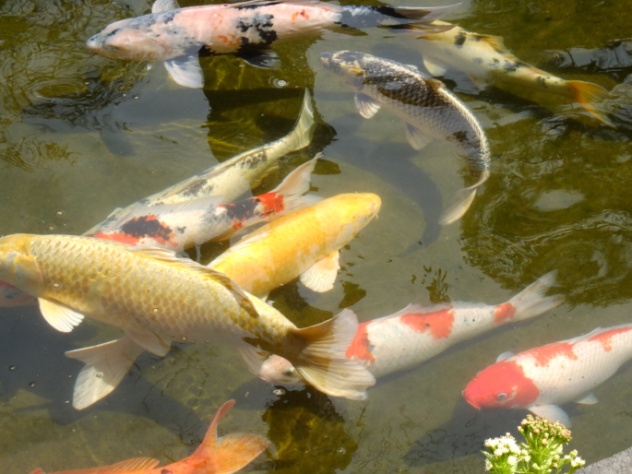 Koi fish are iconic; they stand for grace, beauty, and elitism. These brightly colored fish have a family connection to the wild gibel carp. The gibel is a plain, humpbacked fish with a genetic surprise. It’s what the goldfish would look like without human interference. Every goldfish today, despite their varied looks, are descended from the wild gibel carp, and interbreeding will result in fertile fry since they are genetically identical. Today’s goldfish are nothing more than modified gibel carp; they remain the same species, and the koi is a relative.

Their distant link, both being members of the family cyprinidae, is no barrier for romance, either. Goldfish and koi can interbred, but like horses and donkeys, the offspring produced will be sterile. Such offspring are also dull compared to their colorful parents and lack the mouth whiskers of true koi, but will be tougher than both species and able to live in worse water conditions.

Researchers have also recently proven that the three-second memory attributed to goldfish is a joke. They have a memory of at least three months and can recognize different colors and noises. Able to live for a couple of decades, they are also smart enough to learn simple tricks. 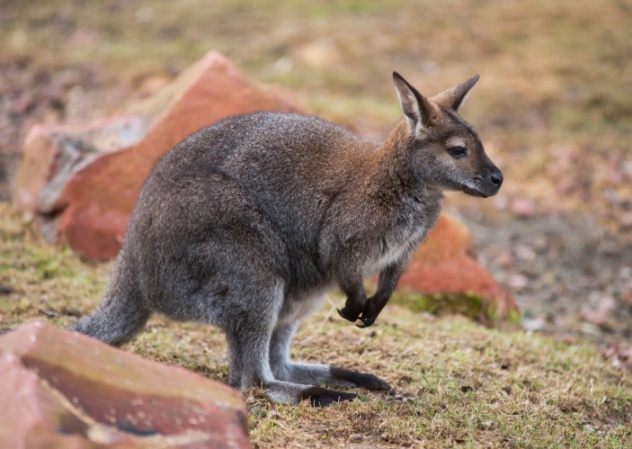 A diminutive hopper named Matilda, a tammar wallaby, became the first kangaroo to have her genetic code mapped. The Australian researchers were in for a shock when they compared her code with a human’s. They had expected the comparison to be a complete mismatch, but it turned out that the genomes of the two species were more than just similar. Apart from a couple of differences, the genes were identical, and many of them were arranged in the same order. Both species hold large pieces of genetic information about the other.

It made more sense when the researchers also discovered that people and these bouncy marsupials had a common ancestor that lived at least 150 million years ago. Mice separated from humans only 70 million years ago, but scientists feel that kangaroos can provide more answers about human evolution when it comes to why some DNA remained the same for eons while other DNA changed. By comparing different genomes from species, unknown genes can be identified, and Matilda revealed 14 new genes never before seen in kangaroos, which might possibly also be present in humans, waiting to reveal more about ourselves.