Many of our assumptions about animals aren’t true at all. Yet we keep reiterating faulty information from myths and early studies that have been debunked. Here are 10 commonly believed animal “facts” that aren’t factual at all. 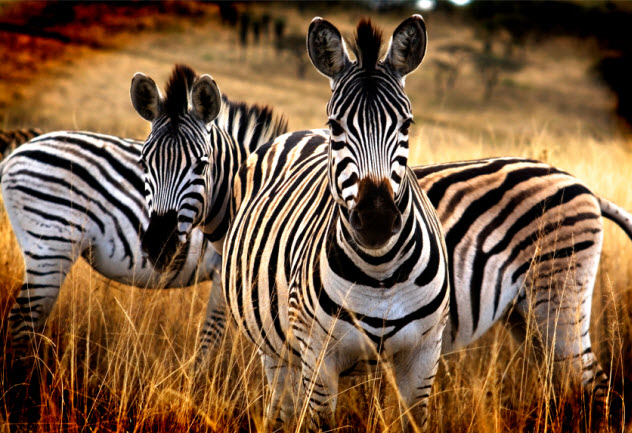 Looking at the black-and-white stripes of zebras, it’s hard to believe that they have something to do with camouflage. But that has been the widely accepted explanation since we first encountered these animals. Through research, scientists have debunked the camouflage theory, although we still don’t know why the stripes exist.

The myth originated because we were observing zebras from our perspective of vision. It seemed to make sense that the confusing colors would help these animals blend in with their surroundings.

As researchers from the University of Calgary and UC Davis found out, that doesn’t really apply to the zebra’s predators in the wild. The animals that hunt zebras—like lions and hyenas—can spot the zebras easily in nearly all kinds of light. Also, the predators can smell zebras long before seeing them, so camouflage doesn’t come into play in most predator-zebra scenarios.

The researchers didn’t find any social advantages to having stripes for animals within the zebra community. However, there was evidence from previous studies that the stripes act as a safeguard against biting flies. 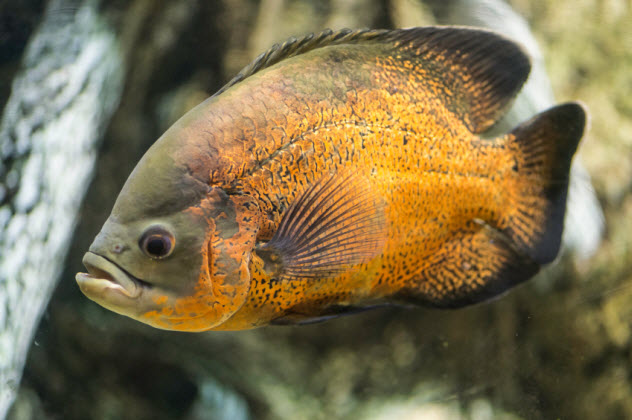 Even though piranhas look like a species born and nurtured in the depths of Hell, they’ve really gotten a bad rap over the years. The mere thought of entering a piranha-infested body of water is believed to be a direct death sentence, a horror to which entire movies have been dedicated.

Although it is true that they have scary teeth and barbarically strip their prey’s skin to feed, the belief that they attack live animals, even humans, is largely a myth. Sure, they can do it if they want to, but so can every other animal with teeth.

There are no known instances of a piranha swarm intentionally attacking or killing a human being. One-off bite cases have occurred when fishermen have accidentally caught piranhas in their nets, which is quite understandable.

Despite what movies depict, piranhas don’t kill mammals for food because their usual dietary preference consists of dead or decomposing carcasses. Even if times are desperate and they have to kill for food, piranhas usually go for insects and other fish, not full-fledged cows as was widely believed after Theodore Roosevelt came back with stories from his Amazon trip.

People in the Amazon actually swim in piranha-infested rivers all the time. Other people have even tried to be eaten by entering tanks full of piranhas. They came out with nothing but a few nibbles, which is certainly not the stripped-down-to-the-bone aftermath that we have come to expect from piranha attacks. 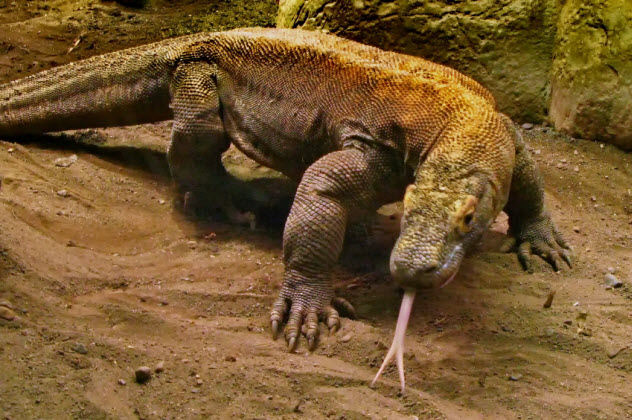 If we had to pick the scariest reptile based on statistics and objective analysis, crocodiles would probably take the prize. But if we go by sheer gut and perceived horror factor, nothing even comes close to the Komodo dragon.

While scary enough on the basis of their looks, Komodo dragons also kill in a distinctly horrifying way. They bite their prey, transmit the deadly bacteria from their mouths, and just let the infection do its job. Or do they?

Komodo dragons don’t actually have an army of dangerous bacteria to do their killing for them. Instead, they kill using the traditional method of injecting their prey with venom. Their venom glands were discovered by a researcher from the University of Queensland in 2009.

The man responsible for the myth was Walter Auffenberg. He saw prey developing nasty infections following bites from Komodo dragons and guessed that their method of killing must be bacteria. Thanks to his book The Behavioral Ecology of the Komodo Monitor, nearly everyone today believes the bacteria theory without having tested it. 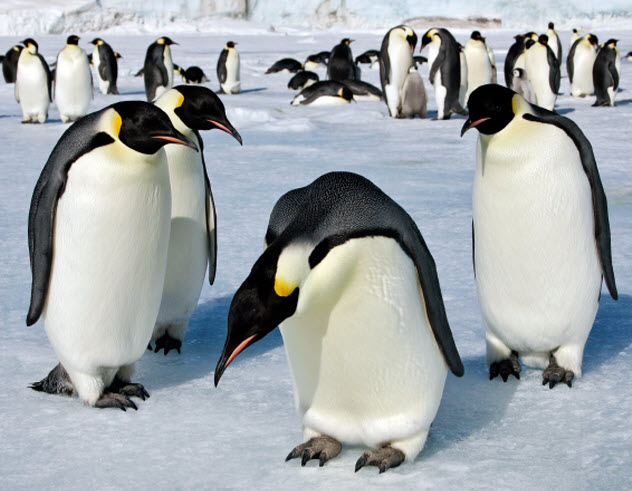 Due to our lack of any real-world interaction with penguins, we see them as adorable creatures that live an equally adorable life in some of the harshest conditions on the planet. Even the way they walk is kind of cute and humanlike.

To think that they are actually horrible creatures that engage in some of the most depraved acts in the animal kingdom is outright blasphemy to most of us. Sadly, we have grossly misunderstood these creatures for a long time.

For example, male Adelie penguins in Antarctica regularly engage in necrophilia and rape. It was first documented by a British scientist studying their behavior in Antarctica on a 1910–1913 expedition.

When he later wrote a paper about these animals, the section on the penguins’ sexual behavior was found by others to be too perverted to publish. “There seems to be no crime too low for these penguins,” he wrote in the banned four-page pamphlet circulated among a handful of biologists at the time.

This type of behavior isn’t restricted to male penguins. Female emperor penguins have been found to kidnap other penguins’ chicks to make up for their own lack of fertility. If opposed, they resort to outright violent means.

It doesn’t even have to involve other penguins. On some occasions, the female emperor penguins have kidnapped chicks from completely unrelated bird species and tried to raise them as their own. 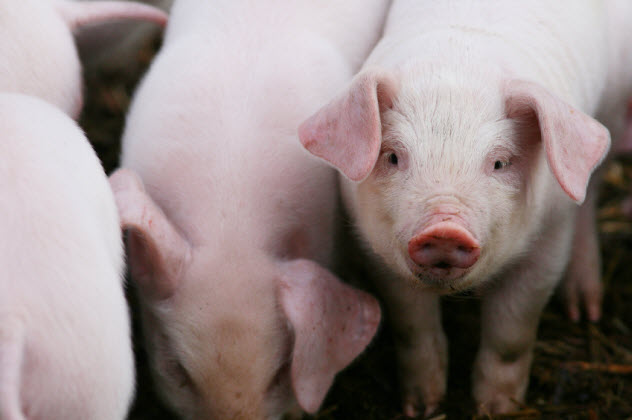 Quick, what’s the first image that comes to your mind when someone says “pig”? It was probably something like a fat, sweaty creature wallowing about in filth. There’s even a saying “sweat like a pig” to refer to excessive sweating.

However, pigs don’t have working sweat glands. That’s why they chill in the mud to cool down. Contrary to popular belief, pigs are fairly clean animals.

We’ve already discussed the extraordinary intelligence of pigs. They can also give even the cleanest human beings a run for their money. Our misconception about their cleanliness occurs because we see most pigs on farms where they are forced to live in the middle of their feces and urine.

In the wild, pigs refuse to pass waste around the area in which they live. Some wild boars even go as far as washing their food before eating, something most of us don’t even do. 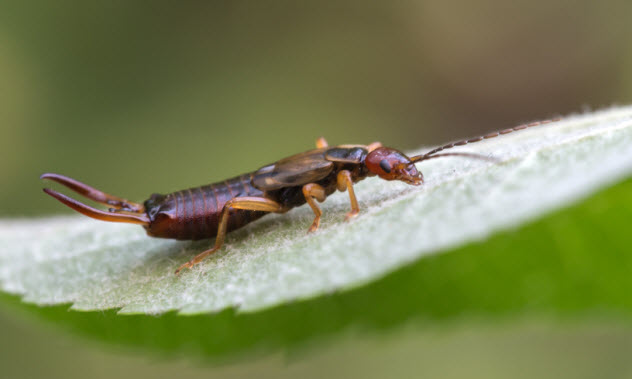 As this creature’s name has “ear” in it, many people believe that earwigs crawl inside human ears to lay eggs. In reality, there are no known cases of an earwig hanging around a human ear.

Their wings don’t help them to fly well, and human ears can often be difficult to reach without wings. Earwigs also take better maternal care of their newborns than other species.

This requires the mama earwig to be around her babies during their early days, something that would be hard to do if the babies were located high above in the ears of a random human.

Some scientists have suggested that the myth is due to the shape of the earwigs’ hind wings, which resemble that of a human ear when folded in a specific manner. However, most scientists don’t agree with that theory. 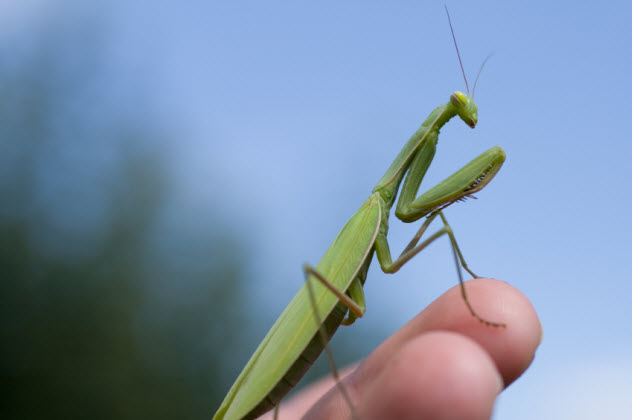 As far as sexual habits go, there’s probably no other creature as repulsive as the praying mantis. As the Discovery Channel clearly told us, the mating ritual of a praying mantis isn’t complete until the female devours the head of the male with which she’s mating.

But when biologists tested that popular belief, they found that it largely wasn’t true. The praying mantises that had eaten the heads of their mates had done so in captivity.

This environment was completely different from the creature’s preference for an enclosed private space in which to have sex. Instead, they had people in white coats standing over them, eagerly watching their every move.

The praying mantis couples used in the early experiments were also starving. So the males were as likely to eat their partners as the females were.

However, when scientists created conditions that were similar to how praying mantises naturally mate, they got a different result. Out of 69 experiments, only one female praying mantis ate the male after intercourse.

In the wild, too, the female praying mantis has rarely been observed to consume the male during or after intercourse. It does happen, but it’s an exception to the rule. 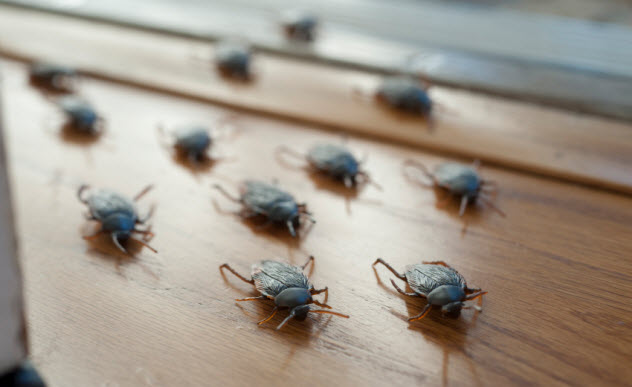 The belief that cockroaches are the only creatures able to survive a nuclear annihilation of the world has been floating around the Internet, casual dinner conversations, and movie dialogue for years.

The myth probably originates from the aftermath of Hiroshima and Nagasaki where some cockroaches survived the effects of radiation. However, they were far from the only creatures to have done so.

While it is true that cockroaches have a higher resistance to radiation and extinction than other creatures, more recent studies have indicated that they would be the first bugs to be wiped out when big bombs hit the ground.

As it turns out, flour beetles were the creatures most likely to survive. Many species of microbes would probably also live through a nuclear holocaust. 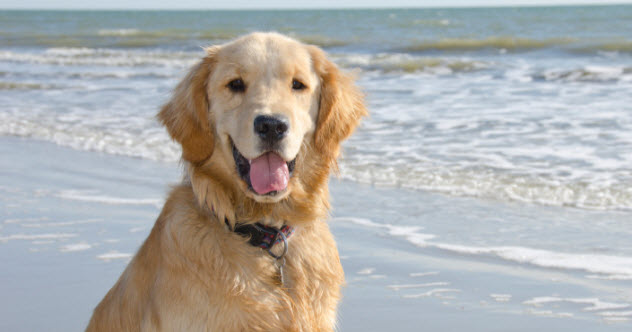 When it comes to training dogs, most of us have heard about the alpha dog technique. Assert your dominance and let the pooch know who’s boss because that’s how it works in the wild.

This technique is based on a belief that every wolf pack has an alpha wolf, a dominant leader that calls the shots. So it should be possible to train your pet in a similar manner.

As you may have guessed, it’s a cruel way to train your pet. But it also illustrates a fundamental misunderstanding of how wolf packs actually work. The alpha male theory is based on early research about pack behavior in unnatural conditions. Later research on packs in the wild has debunked these earlier conclusions.

Wolf packs don’t have a dictatorial male leader because their social structure works more like a biological family than like North Korea. Even with wild dogs—which some may argue are different animals than wolves—research has shown that pack leaders are more experienced elders rather than a static alpha male. 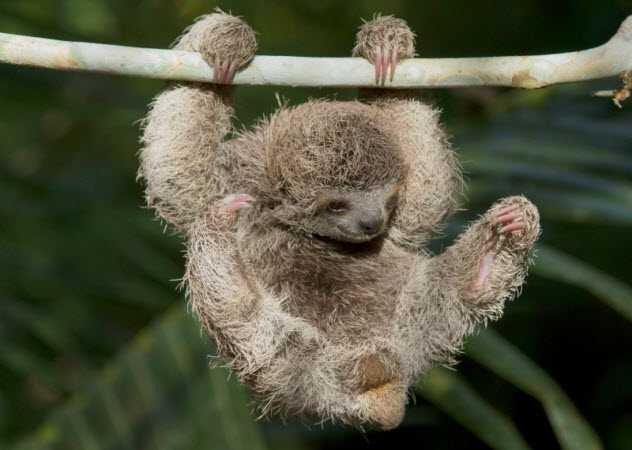 In many cultures throughout the world, sloths are synonymous with laziness. “Sleep like a sloth” is a simile that’s even mentioned in the seven deadly sins. This belief was confirmed when researchers found that these animals sleep about 16 hours per day. However, the study was done on captive animals rather than those in the wild.

When another research team studied three-toed sloths in their natural environment, they discovered that sloths actually slept for 9.5 hours a day. The reason for the discrepancy was obvious: Captive animals don’t have the everyday struggle to survive that wild animals do.

Sloths are still excruciatingly slow when moving from one place to another, but speed has nothing to do with laziness. Many other animals are even slower than sloths, and no one associates laziness with them.