There are a variety of ways that you can die depending on where you are and what you’re doing when it happens. Although some individuals peacefully pass in their sleep, others have to go through immensely uncomfortable and drawn-out deaths.

Death itself isn’t surprising. What’s astonishing is that you may die from the most mundane and unexpected parts of daily life. We all do these seemingly insignificant things without thinking twice about them. However, somewhere out there, someone has found a way to die because of them in one way or another. 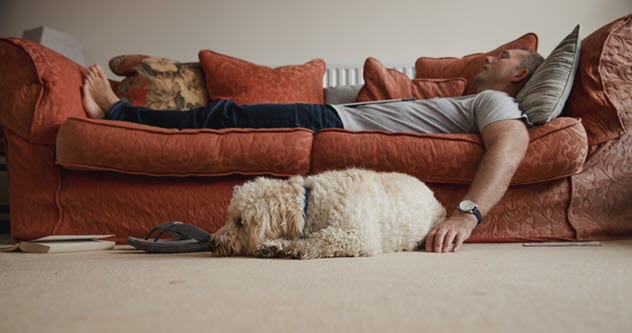 We’ve already established that there’s no way to escape dying. Our bodies are inherently designed to do that when enough time passes—unless we manage to die earlier, which is always a possibility given how clumsy we are as a species.

One would think that unnatural deaths could be completely avoided by doing nothing at all. It stands to reason that if you’re doing nothing, you’re not doing anything that can kill you earlier than you’re supposed to die. Unfortunately, that isn’t the case as doing nothing has a kill count of its own.

Yup, it kills about 5.3 million people every year. Scientists say that it’s almost as bad as smoking or obesity, and we should make sure to keep moving around to lower our chances of being included in that statistic.

We’re not saying that it doesn’t make sense as physical inactivity is known to be an unhealthy habit. All we’re saying is that we didn’t know that sitting on your couch all day can actually kill you.[1] 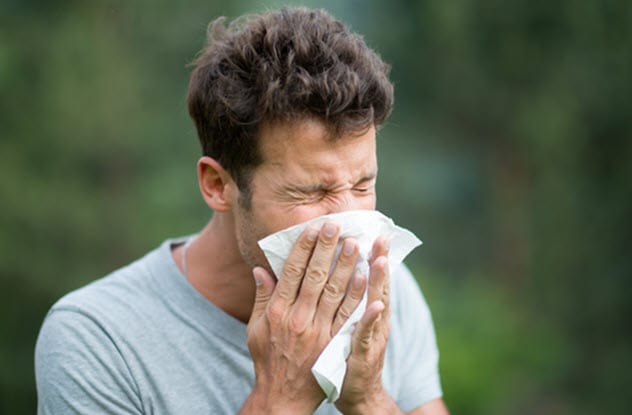 Depending on where you are in the world, people’s responses to sneezing could range from blessing you to telling you the correct way to do it so as not to offend them. However, it’s not a particularly noteworthy bodily function.

Even if we don’t fully understand the mechanics behind sneezing, we shrug and go about our daily lives without ever thinking about it. Of course, that’s until we find out that it’s also one of the few regular functions of the body that can kill you.

You see, sneezing triggers some powerful responses in the body, especially among all the organs involved in the process. Many people suggest blocking your mouth and nose to keep you from making sounds during sneezing. As one man found out, that is one way of absolutely destroying your pharynx and general throat area.

That’s not the only way it can kill you, either. People have died from it in a variety of ways—from brain hemorrhage to heart attacks caused directly by sneezing.[2] 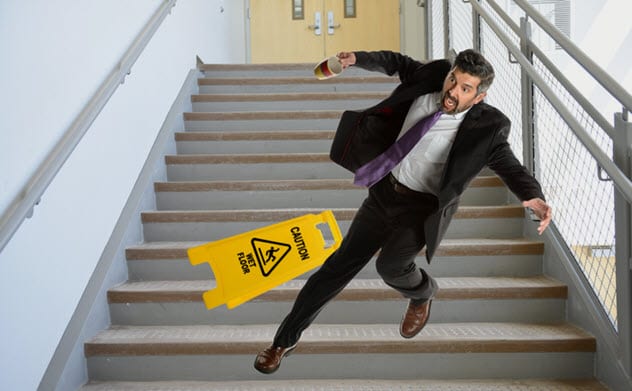 Taking the stairs is a fairly normal part of our daily routine that we don’t really think about a lot as, let’s face it, they’re stairs. Thinking about whether they can kill us is the equivalent of worrying if walls can kill us. Even if the stairs do cause injuries due to the accidental fall here and there, it certainly doesn’t come across as something with a fatality rate.

However, multiple studies conducted around the world have shown that stairs are deadlier than we give them credit for. In the UK, around 1,000 people die from falling down stairs every year. This is ridiculously high if you think about it. The researchers assume that most of it is just the elderly doing elderly things.

Another study in India found out that most people who died on stairs were in the 31–40 age group, followed by 21–30. In contrast, US statistics show that only 27 people die due to elevators every year, even though viral accident videos tell us that elevators are supposed to be a whole lot scarier than the stairs.[3] 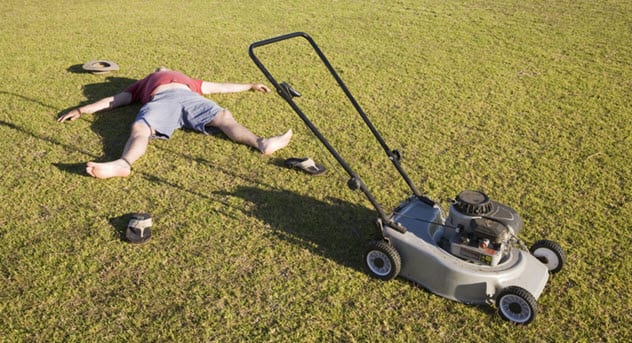 Having a lawn is out of reach for many people due to skyrocketing real estate prices across the country. However, for the select few who do, mowing it is one of the regular parts of their weekly routine.

Although it’s probably easy to find a way to die from a lawnmower if you really want to, it’s not more dangerous than any other machine you have in the house. (You can always accidentally stick your head in the mixer.) However, if you check out the stats on how many people manage to kill themselves mowing their lawns, you’d be surprised.

It was highlighted by Kim Kardashian in one of her tweets. She pointed out that 69 people died due to lawnmowers every year. That’s just the deaths. In addition, about 250,000 people injure themselves using the lawnmower every year.[4] 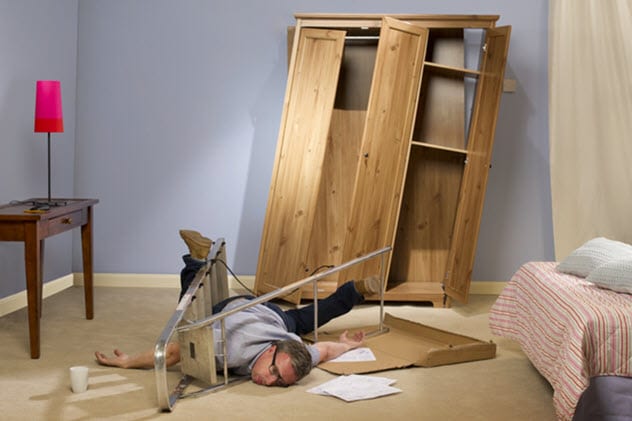 If you live in a house, chances are that it has furniture unless you’re going for the really minimal Instagram look that’s all the rage these days. Even if nearly all of us have stubbed our toe on a chair or some other mundane piece of furniture at some point, it doesn’t come across as something that could kill you in the way that leaving the gas on could.

Yet, furniture causes an unexpected number of deaths across the world every year. Many of them are due to accidental tipping.

Now we aren’t sure if furniture manufacturers are still not skilled enough at their jobs after all these years of practice. But we know that a bunch of consumer checks are in place before you can set up a furniture retail store. As for the numbers, a child dies due to a piece of furniture falling on top of him every two weeks in the US. About 2,800 injuries were reported in 2016 alone.[5] 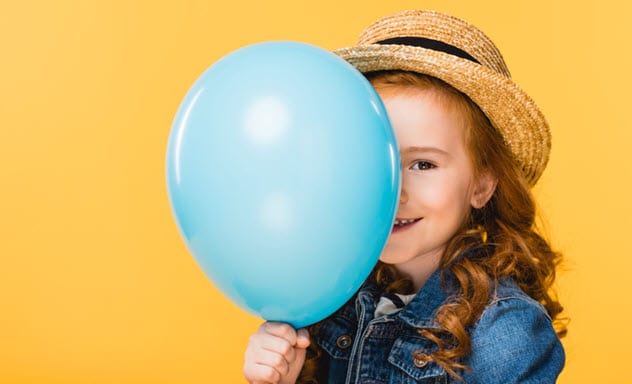 Balloons are a common decoration at a wide variety of events—from Christmas to birthday parties to surprise interventions. Even though our fascination with balloons drops in direct proportion to how old we get, we don’t exactly think of them as deadly.

For the one-off ridiculously stupid person who may decide to swallow them for some unfathomable reason, health care has come far enough to stop it from being a fatal accident. Right? Not really.

Even in 2019, a surprisingly high number of people—primarily children—die of choking on balloons, and none of our futuristic health care can do anything to stop it.

Of course, there are other things in the house that kids can swallow and choke on, too. But balloons are particularly dangerous because they can obstruct the breathing pipes more effectively than most other things. That’s because balloons are all elastic and rubbery. It’s difficult to get them out even if you do make it to the ER in time.[6] 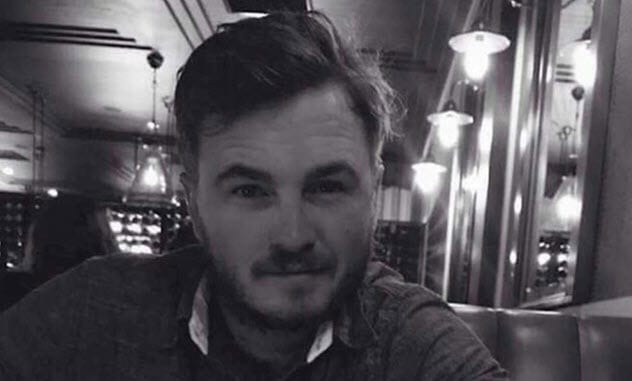 Depending on how rich and old you are, golf is either a leisurely activity you indulge in on weekends or a highly competitive sport you regularly play with a whole group of equally competitive friends. We won’t say it’s impossible to die on a golf course if you really try, but rogue golf balls hitting people in the wrong spot cause more fatalities than you’d think.[7]

A ridiculously high number of people have died from flying golf balls. These individuals were just in the unfortunate path of the golf ball—like a 10-year-old boy in Alabama or a 69-year-old man in California or even a 27-year-old in Queensland, New Zealand.

3 Going To A Doctor 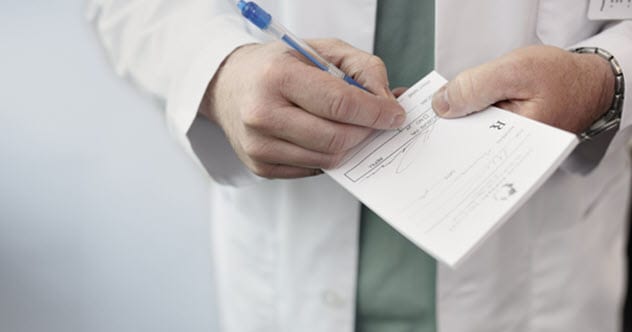 Of course, we’re not talking about serious diseases that will kill you nonetheless, only a bit faster if you don’t go to the doctor. We’re talking about the general phenomenon of visiting a doctor as a surprisingly high number of people die from faulty prescriptions and medical errors that could have been avoided.

The most surprising culprit? Bad handwriting from doctors.

Anyone who has ever thought “no way anyone can read this” was right after all, according to the numbers at least. Every year, about 7,000 people die due to bad handwriting with prescriptions per a study by the National Academies of Science’s Institute of Medicine.

In addition, general medical errors cause a whopping 250,000 deaths every year. That’s a conservative number depending on which study you’re reading. (The estimate can go as high as 440,000.)[8] 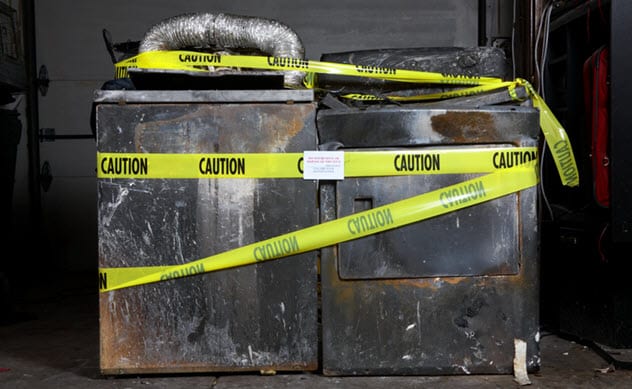 We’re used to the idea of certain things in the household turning dangerous if not taken care of—like heavy-duty computers or exposed power sockets. However, none of those things have anything on doing your laundry.

If you thought there was no way that washing your clothes—especially the part where you dry them—can pose any sort of danger to you, let alone kill you, it’s time to rethink your approach to laundry. Regularly taking care of the dryer may someday prove to be the difference between staying alive and, well, not.

The US Fire Administration even has a special instructions manual for using the clothes dryer, which kills an average of 13 people and injures 444 every year in the US. The primary cause is the dryer catching fire due to reasons like not cleaning out the lint after every round or just generally not taking care of your electronic equipment like a responsible person.[9] 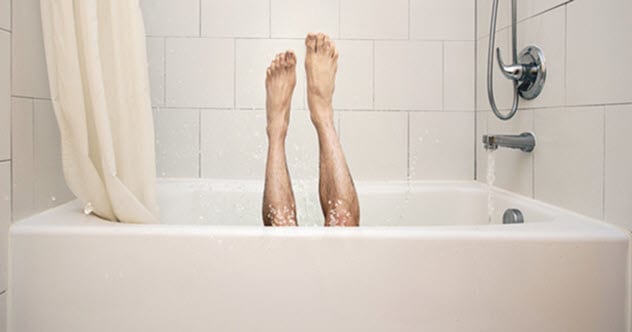 Unless you’re not a part of civilized society or you’re not bathing on a dare or something, we assume that you take a bath every day (or at least regularly). It’s not exactly rocket science. You go in, splash yourself with water, wash with some soap, dry yourself, and come back out. It’s a mundane part of our everyday routine. If not for the irritating need to stay clean to be presentable to people, most of us wouldn’t even bother with it.

For a part of such a basic routine, though, taking a bath puts you at an unnaturally high risk of dying if statistics are to be believed. In the US alone, an average of 335 people die due to drowning in their own bathtubs every year. You’d think that most of them were kids or the elderly, but about half of those deaths were able-bodied adults.[10]

Surprisingly, another common cause of dying inside the bathroom is hot water. Apparently, 20 people in the UK lose their lives every year due to burns from scalding water.

Read more frightening facts about foods that can kill you on 10 Deadly Household Foods That Can Actually Kill You and 10 Vegetables That Have Killed Humans.