Marvel’s Ant-Man movie introduced many non-comics nerds to the adventures of the world’s tiniest hero. While the movie showcased two generations of tiny heroics, there are many secrets of the character it left untold. 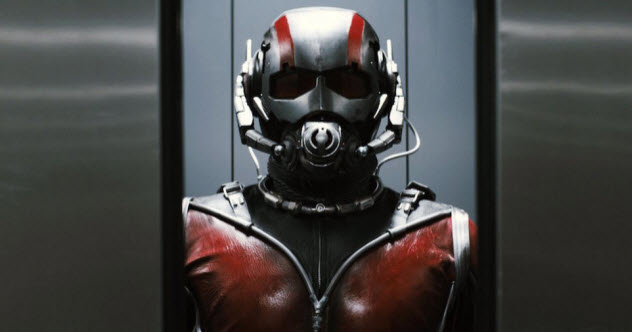 It could be argued that anyone going up against bullets, lasers, and death traps wearing nothing but spandex is at least a little crazy, powers or no powers. However, original Ant-Man Hank Pym is a genuinely unstable person in Marvel comics. It all started in his lab, where a distracted Hank Pym accidentally dropped vials containing different gases. Instead of getting blue fur or radioactive strength like in other Marvel comics, these gases gave Hank Pym a different superpower: schizophrenia.

He became a new character, Yellowjacket, and boasted he had murdered Hank Pym. When he kidnapped the Wasp and asked to marry her, she actually knew it was Hank, but she said “yes” anyway. At their wedding, a supervillain attack brought Hank back to his senses. However, a later mental breakdown caused him to build a robot to attack the Avengers—during a trial for his own neglect during a battle. Still later, he pondered suicide before getting his groove back by defeating Kang the Conqueror and helping return the Avengers to the present day after some time-traveling shenanigans. 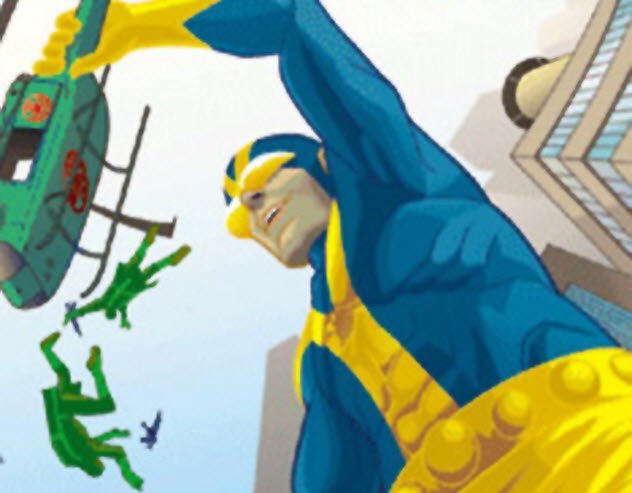 While the comics Ant-Man was part of the original Avengers, he seemed noticeably weaker than the people around him, such as Thor, Iron Man, and the Incredible Hulk. He felt the same way and later tweaked the Pym Particles formula that allowed him to become ant-sized so he could tower over his teammates as Giant-Man. Feelings of inadequacy continued to plague him, as he later realized that discovering the Pym Particles as a young man was his only big scientific accomplishment—aside from creating the killer robot Ultron, who may only be villainous because he’s based off Hank’s own unstable mind.

The final blow to Hank’s ego comes when he compares his meager scientific successes with his millionaire wife’s success as a fashion designer. This leads to him verbally abusing her, but it eventually goes beyond words.

8 There Have Been Three Ant-Men 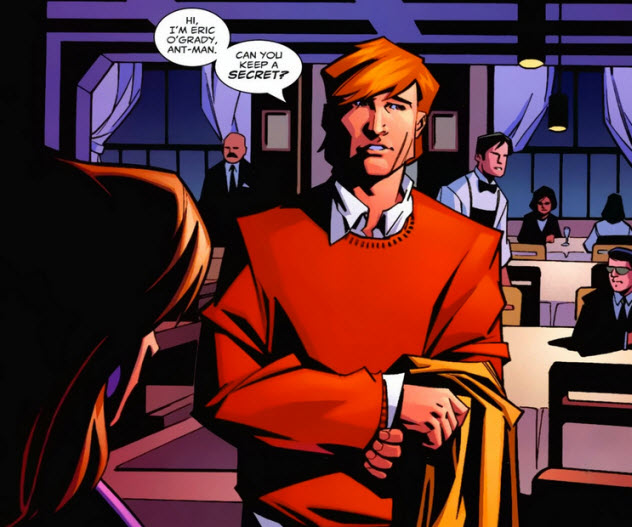 As viewers of Marvel’s Ant-Man movie know, more than one hero has had the name and the suit of the scientist soldier. The original and most iconic is Hank Pym, founding member of the Avengers. The middle Ant-Man is Scott Lang, whom Marvel’s movie portrays accurately as an electronics expert who turns to crime to provide for his family. He ends up breaking into Hank’s home and stealing his suit, using it to thwart a villain who had kidnapped the only doctor who could save the life of Scott’s daughter, Cassie. Seeing the good intentions behind the robbery, Hank lets Scott keep the suit.

The third Ant-Man begins his career much less nobly than the others. Eric O’Grady is a low-ranking SHIELD employee who steals Pym’s suit and gets stuck in miniaturized form for a while. While he fights crime and wants to be a hero, Eric spends much of his time in the stolen suit spying on naked female heroes. He also gets his girlfriend pregnant and then abandons her. After a short career of voyeurism and failure, he redeems himself by giving his life in a fight with villains to save the life of a child. 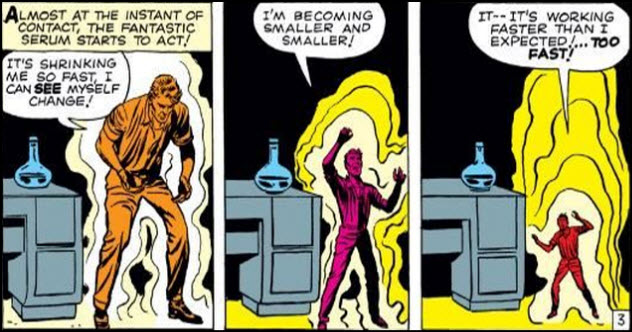 The Marvel comics universe is filled to the brim with smart people. Mr. Fantastic, Iron Man, Spider-Man—all of them are as adept at saving the world from within their lab coats as from within spandex or armor. What is notable about Ant-Man is that he is considered Earth’s greatest scientist by the aptly named Eternity, a cosmic force comprised of the collective consciousness of all living things in the universe. Eternity is considered the physical embodiment of time and controls all people within all planes of existence. And of all the billions of inhabitants of Earth, this force chose Ant-Man to be the “Scientist Supreme” of Earth.

Whether Ant-Man got the nod because of his relentless (and sometimes reckless) pursuit of science or his overall acumen is unknown. He is, however, quite the polymath, skilled in physics, cybernetics, robotics, medicine, entomology, optics, and programming. Ultimately, he keeps returning to science, even when his marriage and career are falling apart around him.

6 He’s A Member Of The Illuminati

Marvel Illuminati (All Your Favorites!) – Know Your Universe | Comicstorian

From the dollar bill to Weird Al to your favorite hip-hop songs, it seems impossible to get away from references to the conspiracy theorist notion of the Illuminati. Allegedly, this is a group of powerful men and women who shape the world to their will. In the world of Marvel comics, not only is this shadow group real but it’s comprised of good guys!

The group is formed after the Kree-Skrull War, when Iron Man realizes that war could have been averted if those with key information about these aliens had been willing to communicate with each other. Not everyone takes kindly to the idea of the shadow group, and Captain America tries to have them arrested. Ant-Man is recruited to help the Illuminati combat the Avengers, who are trying to stop the Illuminati even as the Illuminati focuses on saving the world from incursions into its reality. Ant-Man is also crucial to uncovering the identity of the cosmic force behind the incursions, helping to save the entire world.

5 His Daughter Is A Hero 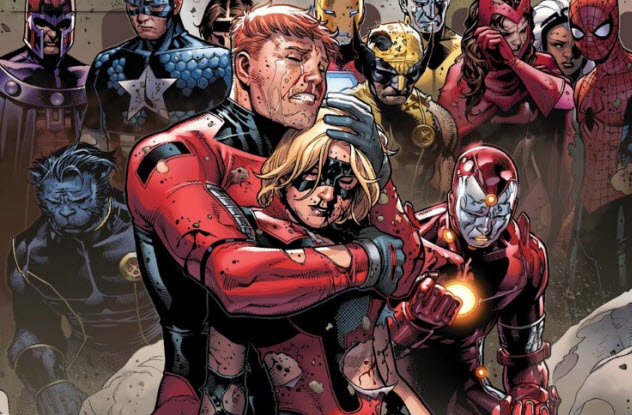 In the Ant-Man movie, the second Ant-Man, Scott Lang, has an adorable young daughter whom he fights to protect and support. However, because Marvel introduced Scott Lang in 1979, enough time has passed (even in Marvel’s timey-wimey continuity) that the little girl grows up. Specifically, she grows up to be a superhero.

Her early life primes her for the hero world as she lives with the Fantastic Four and later spends a lot of time with the Avengers and Tony Stark, whom she calls “Uncle.” Cassie spends years dosing herself with Pym Particles in the hopes of developing powers. It eventually pays off when the mansion is attacked by time-twisting villain Kang the Conqueror, and Cassie uses her powers to grow and shrink to save the day. She decides to become a hero, in part to honor Scott Lang who died in a gory explosion on the lawn of the Avengers’ mansion.

Although she’s young, she’s had a tough life. In addition to fighting run-of-the-mill evil, she travels back in time and saves her father from death. Later, she dies fighting Dr. Doom. But when a spell makes Dr. Doom temporarily good, he uses his small cache of Scarlet Witch’s reality-warping mojo to bring Cassie back to life. 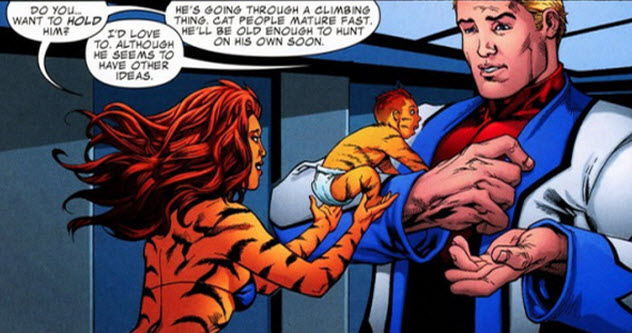 In Marvel comics, clones are a dime a dozen. Whether it’s life model duplicates, Spider-clones, or shape-shifting Skrulls, it seems like everyone has a copy somewhere. A Skrull once copied Hank and left behind an interesting reminder of his time on Earth: a son, with the hero Tigra as the mother.

One night, after Hank had another troubling night with his ex-wife, the Wasp, he drowned his sorrows in the legs of an attractive student. However, she turned out to be a Skrull who, after using flattery to get a lot of superhero intel, delivers Hank back to their homeworld.

The real Hank eventually returns to discover that his alien clone has gotten Tigra pregnant. The Skrull did a genetically bang-up job of copying Hank, so there’s no alien DNA—just a weird scenario where Hank is the child’s dad but not the father. He makes a halfhearted attempt to broach the topic to Tigra, who quickly decides that wife-beating, crazy-pants Hank Pym will only raise her child if something happens to her—kind of a “break glass in case of emergency” deal for fatherhood.

3 The World Goes To Hell If He Dies 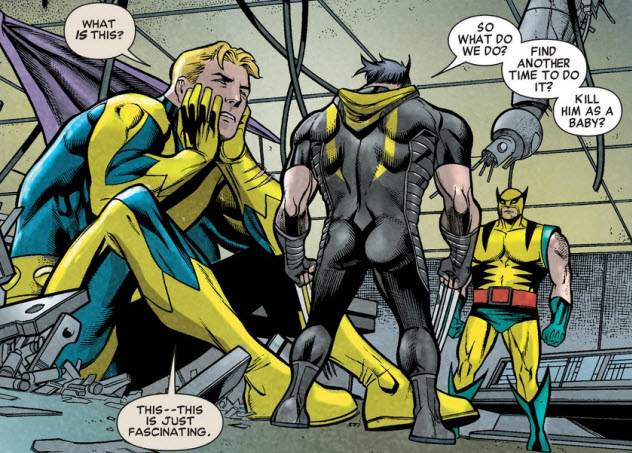 Marvel’s major comics event The Age of Ultron had little resemblance to the movie which later shared its name. The comic involved time-traveling heroes from a dystopian future returning to the past in an attempt to fix things. The notable twists of the comic are the many strange ways that Hank Pym’s death—later undone through more time travel chicanery—affects the entire world.

The problems start when Wolverine and the Invisible Woman return to the past to kill Hank Pym before he can create the iconic murderbot Ultron. When they return to the future, everything is strange: Doom’s home of Latveria and Thor’s home of Asgard are at war, the Avengers have broken up, and technological progress is crippled to the point that it could not stand against the dark magic of Morgana Le Fey. Iron Man is running around as a deformed shell of himself, ruling over the ashes of the world. The writing never makes it clear exactly how Hank Pym is this important, but he is apparently the nail without which entire kingdoms fall.

2 He Wants To Destroy The World 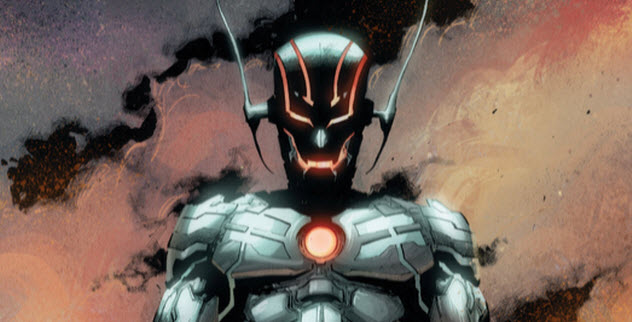 Much like Tony Stark in Marvel’s cinematic universe, Hank Pym spends a fair amount of time trying to convince others that the evil of Ultron is not his fault—that the robot is a product of good intentions gone awry and that Hank had no way of knowing what it would do. However, according to the Rage of Ultron comic event, this is completely false.

When Hank goes to speak to Ultron as a distraction, the evil robot mentions that he discovered Hank’s own memories in his system, memories which shaped his personality. According to Ultron, he found in these memories evidence of how much Hank subconsciously hates the entire world, making the evil and actions of Ultron a reflection of the suppressed desires of his creator. Before Hank can have any soul-searching epiphanies, he gets merged with Ultron. Then after the inevitable fight with the Avengers, Hank escapes into outer space.

1 He Can Hop Between Dimensions 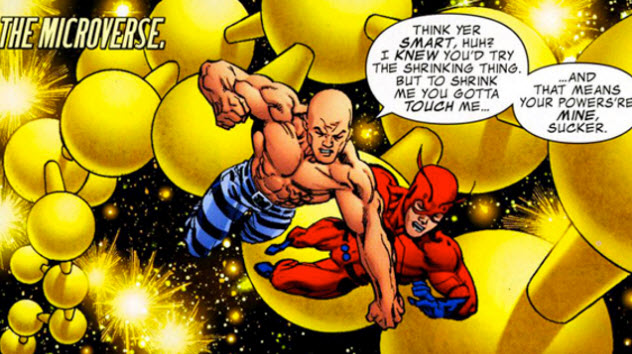 Even on its best day, the science behind superhero powers is head-scratchingly weird, and Ant-Man is no different. For instance, the explanation behind his shrinking ability is that his mass is shunted into another dimension. How this leaves him with his full-size strength when tiny—aka, the conceit behind almost all of the combat in the Ant-Man movie—is never explained. A surprising side effect of this dimension-shunting is that it gives Ant-Man access to other planes of existence.

The Marvel comics world has had several “microverses,” which are exactly what they sound like—tiny parallel dimensions that can be accessed by Pym Particles shrinking the user small enough. Ant-Man has his fair share of adventures in these microverses, including a memorable time saving the Fantastic Four from being sold by Dr. Doom into a life of slavery in service to alien lizard people. Compared to sentences like that, the mass confusion doesn’t seem so bad!

@PocketEpiphany has the power to grow and shrink when exposed to different temperatures.