Crowdsourcing is a great way to kick-start a business or an art project, but more and more archaeologists and archivists are also turning to the Internet for help. This includes cataloging, transcribing, translating, and even puzzle solving. As a volunteer, you get to act like Indiana Jones, but without the risk of having your still-beating heart ripped out of your chest. 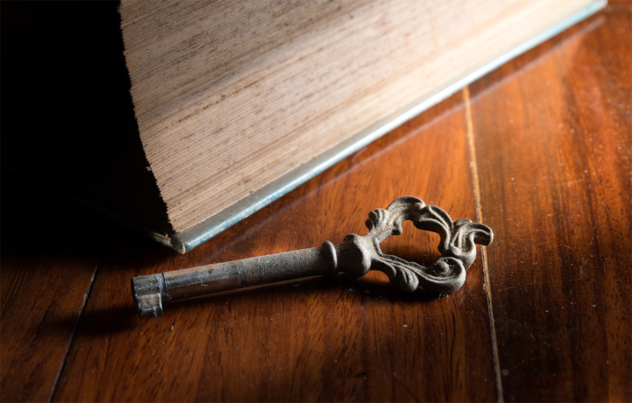 Launched in spring 2011 to mark the Civil War’s sesquicentennial, the University of Iowa Libraries’ DIY History website originally used crowdsourcing to transcribe letters and diaries from the Civil War. By autumn of that year, the volunteers had completed the project and transcribed 15,000 handwritten pages into digital format. Realizing they had an incredibly valuable tool at their fingertips, the project leaders decided to expand the amount of crowdsourcing projects available to anyone who wants to register with the site.

At the time of this writing, just a few of the projects available include transcribing letters and diaries from both World Wars, transcribing the writings of the pioneers, and digitizing a collection of index cards that recorded information about eggs from the Natural History Museum. The project welcomes people from any background to volunteer. They hope that transcribing all these historical treasures will make the information more accessible to both academics and the public.

The British Library Needs Your Help Decoding this Sword!

In 1825, a 13th-century sword was found in the River Witham in Lincolnshire, United Kingdom. The sword looks ordinary upon first inspection; it weighs about 1 kilogram (2 lb), it’s 96 centimeters (38 in) long, it has a double-edged blade, and the hilt is in the shape of a cross. It is believed to be from the 13th century, and it was probably made in Germany, which was where most swords were made at the time.

Where the mystery comes in is that there is an unusual inscription written on the blade. The letters were created by inlaying gold wire into the steel, and the inscription says “+NDXOXCHWDRGHDXORVI+.” No one is sure what it means or why it was written into the sword. The British Library set up a website with information on the sword asking for people’s help as to what the inscription could mean. The leading theory is that it may have been some religious inscription, but researchers aren’t even sure what language the inscription is.

While the website’s comment section is closed, they encourage people to put forth their theories on Twitter. 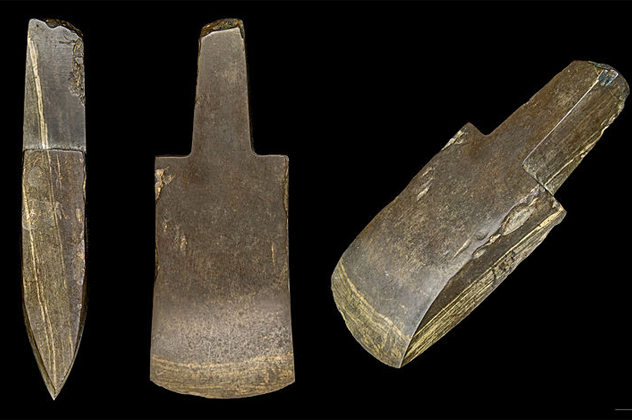 A big problem for many museums is taking vast amounts of handwritten texts in their databases and converting them into digital files. It takes up a lot of time, and that means a lot of money. Looking to overcome this problem and have Bronze Age artifacts recorded in the digital age is the crowdsourcing project Micropasts from the UCL Institute of Archaeology and the British Museum.

There are a number of projects which amateur archaeologists can work on, including digitizing thousands of index cards about Bronze Age artifacts and creating 3-D blueprints of archaeological artifacts. These artifacts include weapons, figurines, and jewelry from the Bronze Age, as well as ancient Egyptian figurines and incredibly old stone axes. These records will be free to the public, meaning that people will be able to download the blueprints and print their very own Bronze Age replicas.

Dr. Kevin Wood – past, present, and future of the Old Weather project

An ongoing historical project that will give us a better understanding of the future is the Old Weather project. The project is looking for people to transcribe historical logbooks from ships that detailed the weather on the seas and oceans. For example, some of the logbooks are from the English East India Company and cover weather patterns from the 1780s to the 1830s. Another set of logs is from Charles Darwin’s voyage, and there are also logs from Antarctic expeditions from the late 19th and early 20th centuries.

And those are just a few of the logs that need to be transcribed. In England alone, there are 250,000 logbooks and even more in the Americas and Asia, meaning there could be billions of accounts of the weather around the world. In many of these logs, the temperature, pressure, and weather conditions were recorded, and the researchers are looking for volunteers to input the information into a database. Users simply log on to the website and go to a log page where they tag the location and the weather.

The project’s founders hope that meteorologists will be able to create better models and predict weather in the future based on how weather acted in the past.

Starting in 1830 and continuing for decades after the Civil War, African Americans—both free and enslaved—would meet for conventions at the state and national level. At these Colored Conventions, they would discuss plans to enhance the rights of African Americans. The delegates who attended these conventions were some of the most well-known African Americans of the day, including Henry Highland Garnet and Frederick Douglass. They were also attended by other important figures like newspaper editors, church leaders, writers, and entrepreneurs. These conventions laid the groundwork for other African-American rights groups like the National Association for the Advancement of Colored People.

The minutes from these conventions were kept, and the Color Convention Project is looking for volunteers to transcribe the minutes. The leaders of the project believe that digitizing these notes will create a vivid picture of an important chapter in American history.

From Dusty Diary to Digital Copy

The Smithsonian Institute was established in 1846 and is composed of a set of museums and archives that is run by the American government. As one would imagine, they have a lot of records and artifacts, and like many other museums, they only have a limited budget. In order to tackle the job of digitizing a lot of their handwritten material, the Smithsonian launched a website called the Transcription Center in July 2014.

A lot of material has been transcribed by computers already, but not all of the transcriptions are correct because handwriting-to-computer transcribing isn’t a perfect process. This is where the volunteers come in. They log on to the website and read what the computer transcribed and then they have to correct any mistakes. Some of the projects that volunteers can work on include deciphering the text on specimen tags and transcribing writings on early American currency and personal letters written by famous Americans. 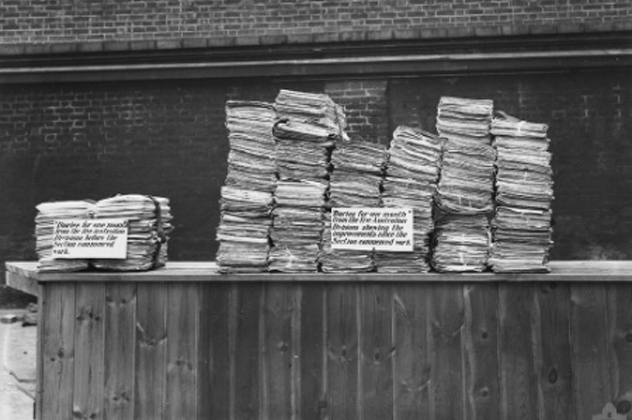 When it comes to re-creating the past, an important key is personal accounts of historical events. These accounts paint a larger, more detailed picture of the past. Luckily, the National Archives in the United Kingdom has a lot of firsthand accounts of one of the biggest events of the 20th century: World War I. They have thousands of war diaries from men on the ground who kept the diaries to keep track of operations and to gather information that would improve the war effort. They are an amazing insight into day-to-day life on the front line.

To bring these documents into the digital age, all 1.5 million pages were scanned in early 2014, and Operation War Diary was launched. The project allows users to go to the website and transcribe the war diaries. To help people out, the system looks at the date and place where the diary entry was written and then gives the helpful background data to the user. In some cases, it even gives the backstory of the unit, including how many casualties they’d endured.

Besides just digitizing these incredibly unique documents, the project also takes advantage of tags and metadata to create a mosaic of what life was like on the front line.

3The Valley Of Khan Project

Genghis Khan is one of the most famous military leaders that ever lived. Under his reign, the Mongol Empire became the biggest empire in the history of the world. Another interesting fact is that 10 percent of all people on Earth can trace their bloodline directly to Khan. What is not known is what happened to him later in life. His burial place is especially mysterious because he was buried without markers, which was customary, and apparently the soldiers transporting his body to his burial site killed anyone and anything that may have seen them on their journey. To top it all off, a river was diverted over his burial site.

Looking to shed a little light on the mystery, an archaeologist from the University of California, San Diego, is leading a noninvasive, crowdsourcing survey of the area of Genghis Khan’s homeland using satellite pictures. Users looking to explore the area can log on to the Valley of Khan website and mark map tiles with icons indicating roads, rivers, modern buildings, ancient buildings, and other landmarks. Then, using those tags, a team on the ground explores the most promising sites in the hopes that one day they will uncover the burial place of the mighty Genghis Khan.

In 1896, hundreds of thousands of papyrus fragments were found in a garbage dump in the Egyptian city of Oxyrhynchus. All the fragments had writing on them, and it is believed that they were written between the first and sixth centuries AD.

Since there are so many of them, only a small fraction have been translated, and researchers are looking for help. In July 2011, Oxford University and the Egypt Exploration Society launched the Ancient Lives website, where users can try to translate the fragments. Of course, many people aren’t experts in ancient Greek, which is the language used on the fragments, but luckily there is a key code available for anyone who wants to try. So not only will users help bring writings of the past into the present so that they can be preserved for the future, they can also sharpen up their ancient Greek language skills. You never know when that might come in handy. 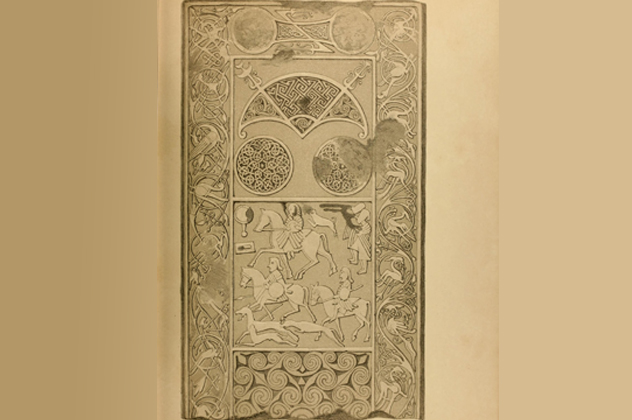 The Hilton of Cadboll Stone was carved over 1,200 years ago in northern Scotland. It is rectangular, 2.3 meters (7.5 ft) tall, and made of sandstone. It has an intricate design depicting religious ceremonies on one side. On the other side, it is believed that there was once a carving of a cross. It is also believed that the stone was carved to commemorate the Picts’ conversion to Christianity.

Over the centuries, some of the stone has been chipped away—sometimes by nature, but also by design. The worst of the destruction happened sometime before 1676, when a man named Alexander Duff had the cross side of the stone re-carved to be a headstone for him and his three wives. Amazingly, the original face of the cross side was found, but the bad news is that it was in 3,000 fragments. Looking for help to solve this 3,000-piece 3-D puzzle, the researchers put the pieces through an X-ray machine and created computer-generated, 3-D replicas. Then, the pieces were put into subcategories which pinpointed the part of the structure it should fit on, like corner pieces or part of the cross design.

In 2010, National Museum Scotland launched the Pictish Puzzle online game, where people can try to piece the fragments together. Once there is a match, it is voted on by fellow users and then it is passed on to the professionals. The project is ongoing, and anyone with the appropriate browser can try and piece the puzzle together.