Thoughout history, militaries have created new machines to bring ruin to their enemies. A lot of experimental designs have been proposed, but some of the more inventive ones involved the concept of the tank. Although many unique, creative tank designs eventually made it to the front lines, some of them failed during testing, never made it off the drawing board, or were rendered obsolete soon after use. 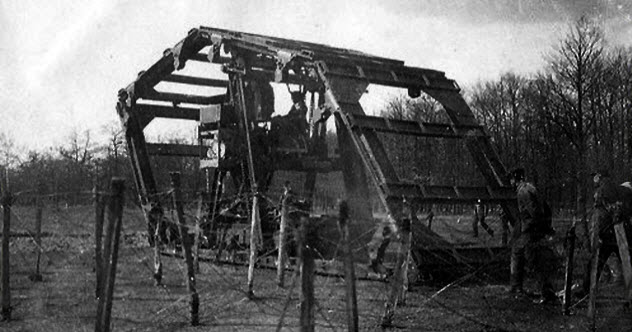 Trench warfare, one of the more iconic battle strategies, was developed during World War I. With this form of warfare, people found new ways to overcome the terrain and get the upper hand on the enemy. One of these inventions, the Louis Boirault Machine, was called an “interesting ancestor of the tank.”

The problem with conventional vehicles and trench warfare was that wheels and ditches rarely got along with one another. Constructed by the French War Ministry in 1915, the Louis Boirault Machine aimed to tackle the problem of a vehicle crossing uneven terrain and ditches, especially the ones filled with enemy troops. It was a two-man compartment that moved along an overhead rail, allowing it to conquer tricky terrain and crush enemy barbed wire.

While it did its job well, the Louis Boirault Machine moved too slowly, with a top speed of only 1.0 kilometer per hour (0.6 mph). It also took a radius of 100 meters (330 ft) to turn around. Eventually nicknamed the “Diplodocus militaris,” it was superseded by a superior track-based tank called the Schneider CA1 in 1916. 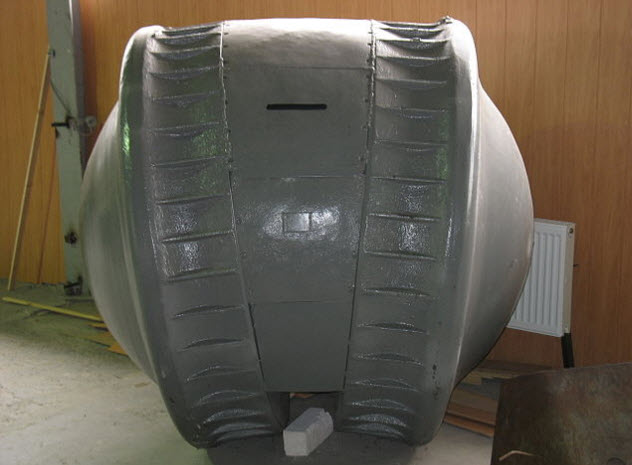 The Krupp Kugelpanzer was a wunderwaffe (“wonder weapon”) of Nazi Germany. Its name translates to “spherical tank,” which already tips you off to the unique aspect of this vehicle.

The Kugelpanzer was never seen on the battlefield. But we know it existed because the Soviets captured one in 1945. Close inspection showed that it was made by the Germans and shipped to Japan. It was powered by a two-stroke engine and offered a small viewing port in front for the driver. It didn’t sport any weapons.

As it was never seen during World War II, many theories exist to explain what role this tank played in the theater of war. Some say that it was meant as a recon vehicle while others speculate that it was the next design in the Japanese kamikaze strategy. Another idea is that the vehicle was supposed to carry a weapon and could be used as a mobile pillbox or shelter. Whatever role it was supposed to fill, its unique shape has given us an interesting insight into old tank designs. 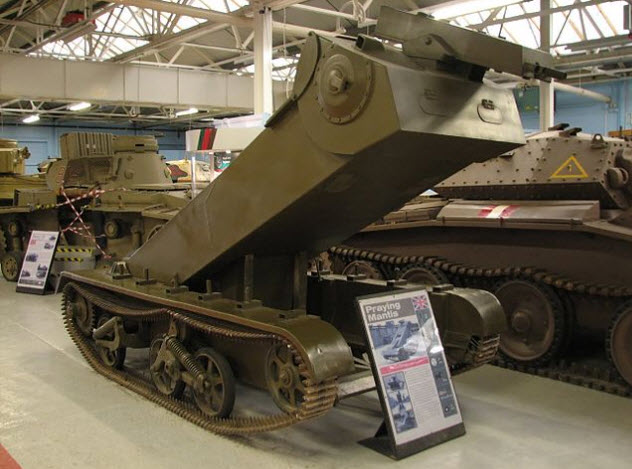 Some tank designs didn’t rely on large cannons and heavy armor to do their jobs. The Praying Mantis tried to tackle a problem that ground infantry had to face—shooting over walls while protected from return enemy fire.

In 1943, this tank was designed in the UK by County Commercial Cars Ltd. It featured a long arm with a gun on the end, which could be elevated to fire over obstacles. The crew would lie within the long arm and operate it from there. The first prototype needed only one man to operate it, but this version of the Praying Mantis was rejected because it placed too much work on a single person. The second prototype was built for a two-man crew, a driver and a gunner.

It didn’t work out as well as hoped. The controls were somewhat finicky, which made maneuvering the tank tricky. If that wasn’t bad enough, the crew lying in various degrees of elevation while driving around gave them motion sickness. The idea was abandoned in 1944. 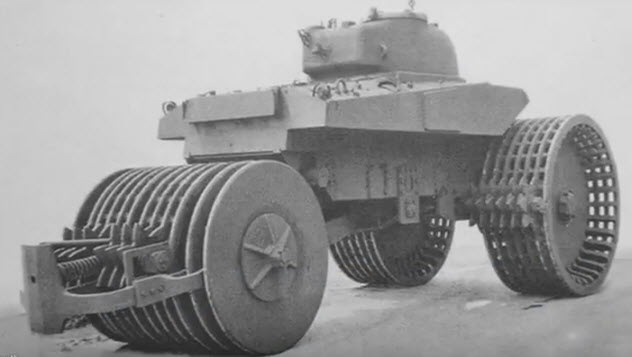 As well as trenches, tanks faced another problem when deployed onto the battlefield: the dreaded mine. In response, military intelligence began to research ways of clearing out minefields to allow tanks to pass through them without harm. Some of these ideas involved building special minesweeping tanks that could clear the way.

The Mine Exploder T10 had an unusual design that gave the impression of a tricycle, which is why it was called the “Tricycle Tank.” The front sported two huge wheels, each one spanning 3 meters (9 ft) in diameter. At the back of the tank was a single “roller” wheel with a diameter of 2 meters (6 ft).

The tank was meant to drive over the minefield and clear a path, which is why its underside was armored with steel just under 3 centimeters (1 in) thick. Thankfully, the tank was remote controlled, so no one had to drive it over the mines. However, this tank wasn’t used because of its extreme weight. 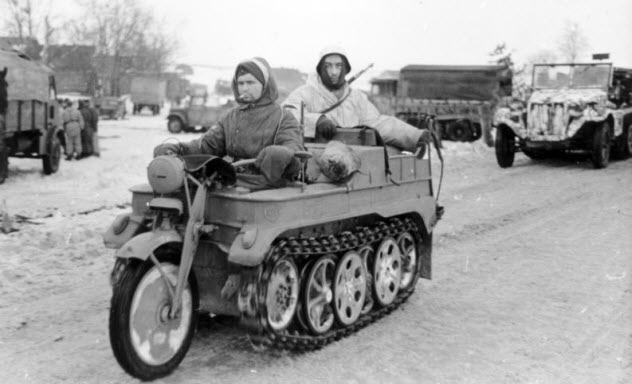 The Kettenkrad was one of the smaller World War II cousins of the tank. It stems from the German ketten (meaning “tracks”) and kraftrad (meaning “motorcycle”) and is exactly what it sounds like—a motorcycle that used tracks for locomotion. It also had an armored transport “tail” that could carry two soldiers and 500 kilograms (1,100 lb) of munitions.

The Kettenkrad was patented and produced in June 1939 to be used by paratroopers. It was designed so that it could fit within a Junkers Ju-52, one of the most famous German air transports in World War II. Despite this, the Kettenkrads were mostly used to transport ground-based scouts, especially on the Eastern Front in 1941. These tanks were so dependable that they were even used as artillery tractors and runway aircraft tugs.

In fact, they were so well-received that 8,300 of them were produced during World War II. However, that’s as far as it went. After the war, the concept of a tracked motorcycle died away. In 1948, the Kettenkrads became agricultural tractors, firefighter vehicles, and transports for logging camps. 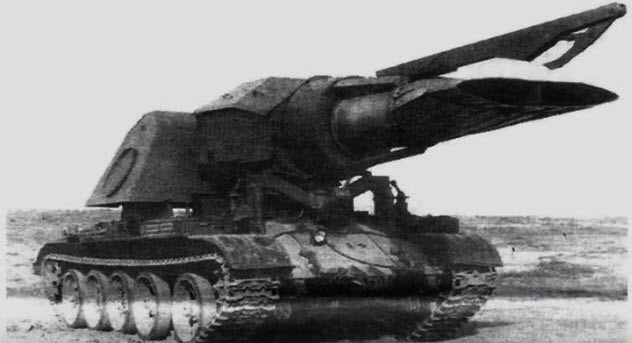 Unlike other minesweepers that depended on flails and wheels to trigger the mines, the Russian Progvev-T blasted mines with so much heat that they detonated on their own. Built on the base of a T-54, the Progvev-T looked more like a futuristic laser cannon than a tank.

Instead of using a normal cannon, it used the engine of a MiG-15 fighter jet to blast heat at potential minefields to clear them out. The 37-ton Progvev-T contained enough fuel to clear 6 kilometers (4 mi) of road.

It failed because it was too big and noisy to hide from the enemy. Also, the use of a heat cannon couldn’t ensure that every mine would be cleared from a minefield. 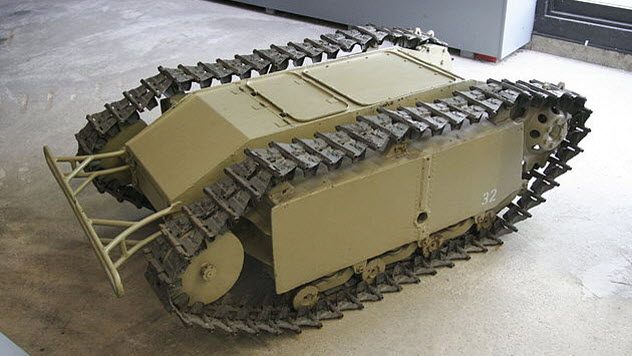 Sometimes, the best way to fight fire is with fire. That was the philosophy behind the Goliath Beetle, a tiny tank whose job was to blow up much larger tanks.

Designed by French engineer Adolphe Kegresse, the Goliath Beetle was developed by Germany during World War II. After learning that the Germans had taken an interest in his design, Kegresse attempted to hide the prototype by throwing it into a river. But the Germans found it and handed it over to automaker Carl F.W. Borgwand to complete and produce.

It was remote-controlled, 0.3 meters (1.0 ft) tall, and packed with 90 kilograms (200 lb) of explosives. Its goal was to drive under enemy tanks and detonate, a similar tactic used by the Russians with live dogs instead of machines.

The Goliath Beetle first saw action in 1942, but its electric motor cost far too much for a tank that was going to blow itself up. When the Germans replaced the electric engine with a gas-powered one, the Goliath Beetle became too noisy when operating. This allowed the Allies to hear its approach. They could disarm the tank with artillery fire or by simply catching up to it and snipping its control wires.

Although this tank didn’t catch on, some people believe that the Goliath Beetle may have been the first step into remote-controlled war machines, such as the modern military drone. 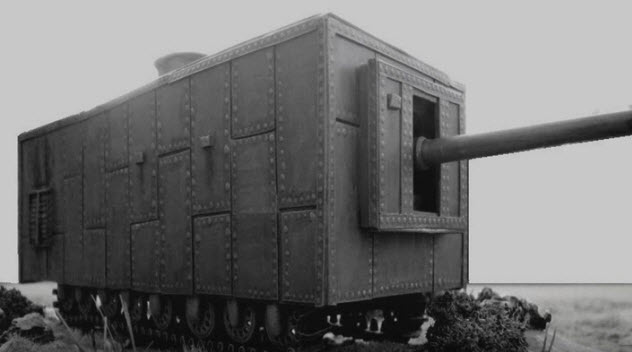 The Mendeleev Rybinsk super heavy tank was designed between 1911–1915 by Russian scientist Vasiliy Mendeleyev. Before you think that he made a typo while naming his tank, it’s worth noting that his father was a famous scientist called Dmitri Mendeleev, which explains the origin of the name.

Revolutionary for its time, the Mendeleev sported a 127 mm main gun, carried armor of thick steel, and used gas suspension. This gas suspension allowed the tank to lower its own hull so that it could protect its tracks from enemy fire. There was a machine gun turret placed on the top, which could be retracted into the main body using the gas suspension.

With a boxy design that looked more like a heavily fortified shipping container than a tank, this technological marvel proved to be too revolutionary. The Mendeleev never made it past the concept stage. 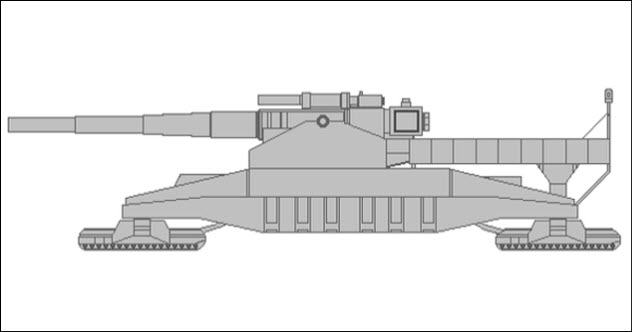 The Krupp Landkreuzer P.1500 was born from a simple idea: to combine the raw power of an artillery strike with the mobility of a vehicle. However, the recoil of an artillery gun needed to be handled appropriately to stop the vehicle from tearing itself apart. Thus, the concept for a “supertank” was born.

If it had made it onto the battlefield, this massive tank would have been 42 meters (138 ft) long and would have used a main cannon that was 10 times larger than normal. The tank had retractable legs that came out when artillery was needed, turning the vehicle into a gigantic cannon. The portable artillery was equipped with field guns and AA guns to stave off any form of attack.

After toying with the idea of running the tank on preset rails, the engineers ultimately decided to have it drive around by itself, thus earning the nickname “Self-Propelled Gun.” Needing 100 men to operate it, this tank would have sported four diesel engines, which were usually reserved for U-boats.

However, the strategic aspect of a gigantic mobile artillery platform was too cumbersome. It would have been hard for it to drive down anything but the largest roads. 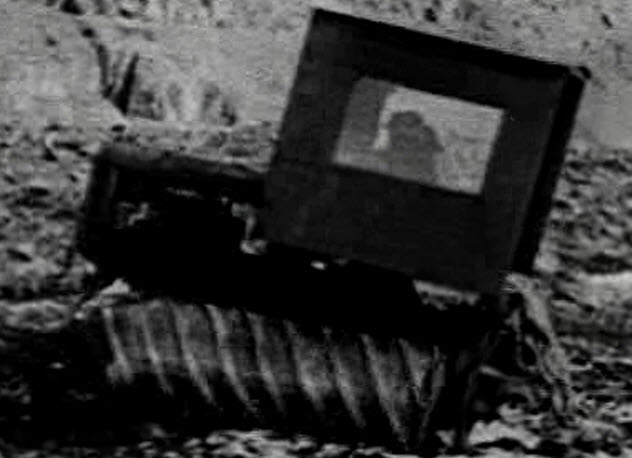 In 1907, James and Ira Peavey used a screw-propelled vehicle to transport lumber through muddy and snowy environments. The ability for screws to make easy work of such environments was exactly why they were researched for military tanks.

During the Allied invasion of Norway in 1940, it became evident that it would be hard to drive vehicles through the thick snow. Inventor and journalist Geoffrey Pyke proposed the screw-based tank to the War Office in London as a means of solving the problem, but it wasn’t green-lighted.

The idea had to wait until 1941 when Louis Mountbatten took the role of Chief of Combined Operations and had prototypes made. The tank was called the Weasel, but its final design dropped the screws altogether and went back to tracks.

Screw tanks reappeared during the Cold War when Russia experimented with the memorably named ZIL-29061. However, they didn’t intend to use it for war but instead to recover astronauts if they landed in treacherous terrain. The tank’s development was kept secret, and little footage of it remains. But like its World War II cousin, the ZIL-29061 never made it into mass production.

S.E. Batt is a freelance writer and author. He enjoys a good keyboard, cats, and tea, even though the three of them never blend well together. You can follow his antics over at @Simon_Batt or his fiction website.