Many of the things we call “modern” have been around for decades, centuries, and in some cases, millennia. This includes technologies that we believe to be revolutionary. Although their predecessors are largely forgotten, they were considered to be revolutionary in their time, too. 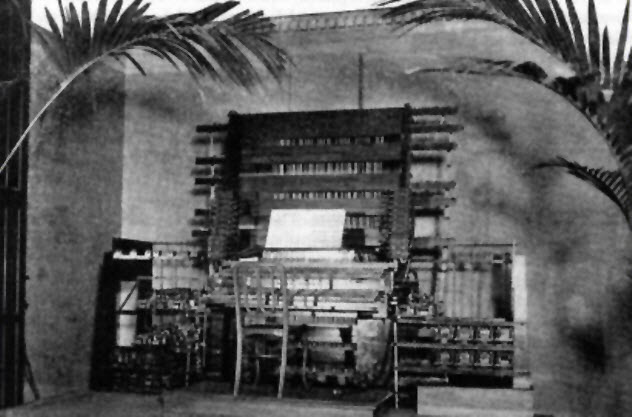 We stream music over the Internet today, but our grandparents streamed it over the telephone in 1906. The music they streamed was provided by a piece of extinct music equipment called the telharmonium (aka dymanophone), a massive machine that was 18 meters (60 ft) long, weighed 200 tons, and occupied an entire floor. Interestingly, only two people were required to play it.

It was invented by Thaddeus Cahill, who built the prototype in 1901 and began streaming in 1906. Listeners simply called their telephone switchboard operator and requested a connection to the telharmonium station. One of its first users was the famous writer Mark Twain, who said he needed to postpone his death so he could listen to music from the telharmonium. He even traveled to Manhattan just to see the wonderful device that made such “sweet music.”

Unfortunately, the telharmonium suffered several setbacks that finally led to its demise in 1916. First, its signals were so poor at times that listeners only heard faint, distorted music. Second, its wires were laid so close to telephone wires that the sounds of the telharmonium often disturbed phone calls. Finally, its investors felt the returns they received on their investments in the telharmonium were too small. 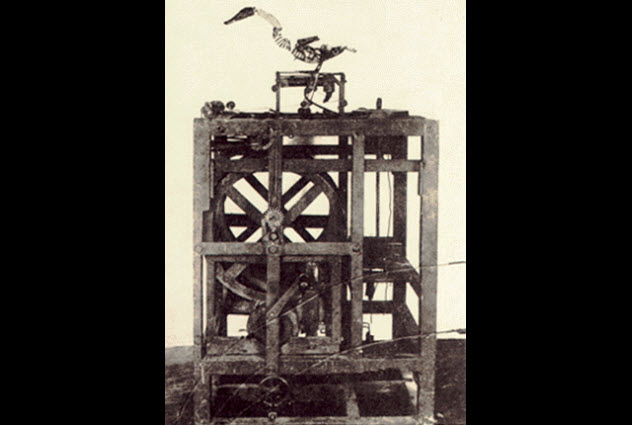 The world’s first robot was a wooden dove made by Archytas of Tarentum in 350 BC. The dove, which is sometimes referred to as the world’s first drone, could remain in flight for about 200 meters (650 ft). Hero of Alexandria later came up with a similar bird that could sing. Jacques de Vaucanson of France designed a mechanical duck he called the “clockwork canard.”

The clockwork canard (shown above) could quack, stand, bow, drink, eat, and even poop. However, it could not walk because it stood on a fixed point on a podium that housed the system of pulleys and cables controlling it.

Credit for the first humanlike robot goes to Leonardo da Vinci, who created a “robot knight” in 1495. The knight could stand, sit, walk, raise its arms, move its head, and open and close its mouth. Da Vinci’s robot knight was so good that NASA is using his designs to create a robot that may explore Mars and possibly man the International Space Station. 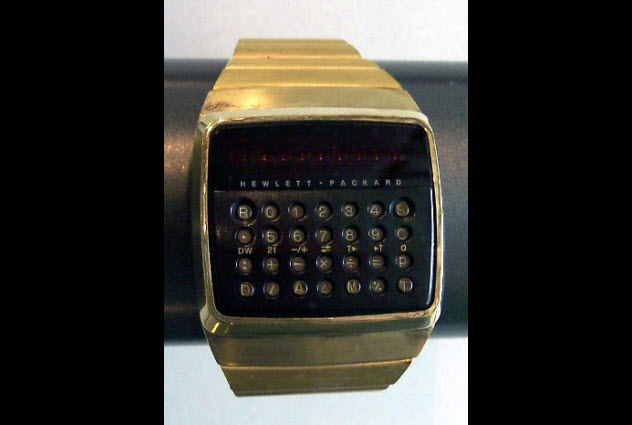 Instead, it had a timer, stopwatch, calendar, reminder, alarm clock, calculator, and daily planner. It also lacked a touch screen, and users could only interact with it using its 28 buttons. But the buttons were so small that they could only be clicked with a stylus.

The HP-01 was waterproof and powered by three batteries, six chips, and about 38,000 resistors, which was impressive for a time when computers only had two kilobytes of RAM. Two years after its introduction, the HP-01 went out of production due to poor sales. Its premium price—$650 for its stainless steel version and $750 for its gold-coated version—made it too expensive for many consumers.

A Brief History of Credit Cards

Both cards came in different shapes and sizes, although many of them looked like dog tags. Issued by large companies like oil firms, supermarkets, and hotels, these charge plates were intended for exclusive use at their outlets and only rarely at other business affiliates.

The first bank-issued credit card was Charg-It from Flatbush National Bank in 1946. This card allowed users to purchase items from sellers who later took the sales slips to the bank for payment. However, its use was limited to local businesses, and users were required to maintain an account at the bank. 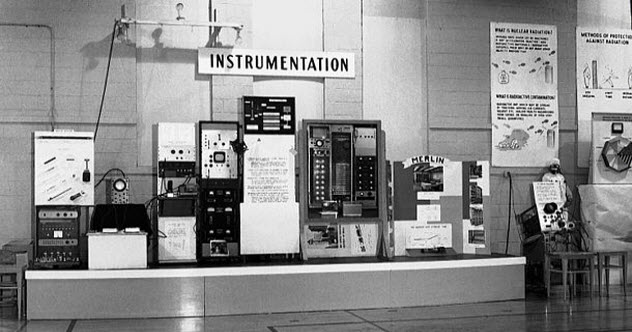 Back in the 1950s, the construction of a nuclear laboratory on Long Island, New York, sparked understandable concerns among residents of the town. The scientists at the laboratory insisted that it was safe and even organized a “Visitors’ Day” for people in the community to see the facility. However, Visitors’ Day was boring because people only saw blinking lights, counters, electronic circuits, machines, and other things that made no sense to them.

To ease the boredom associated with Visitors’ Day, William Higinbotham, one of the lab’s nuclear scientists, made a game for the visitors to play. With help from Robert Dvorak, Higinbotham connected a CRT screen called an oscilloscope to an old analog computer and added some controls and tweaks.

In two weeks, he had designed the world’s first video game, which he called “Tennis for Two.” Two opposing players used their controls to send a ball bouncing over a net. The game was an instant hit on Visitors’ Day. Hundreds of people spent hours in line just to play it for about one minute each.

Higinbotham didn’t further develop or patent the game, and he later dismantled it after several Visitors’ Days. His game was largely forgotten until the 1970s when a video game maker cited it in a legal battle against a competitor who claimed to have invented the video game.

Many smartphones today are protected by extra-hard Corning Gorilla Glass. Interestingly, the history of glass predates smartphones. It began in 1952 when Don Stokey—a chemist at Corning Glass Works—put a glass into a malfunctioning furnace.

Rather than the ruined glass and furnace he was expecting, Stokey was left with a white glass that was unusually hard, light, and strong. It also bounced rather than broke whenever it fell. Corning called it Pyroceram.

Pyroceram enjoyed wide sales, and Corning soon came up with a much harder glass called Chemcor. They tried advertising Chemcor for use in car windshields, but car manufacturers preferred using laminated glass because it was cheaper and worked well. Besides, if a person’s head hit a Chemcor windshield in an accident, their head was likely to break while the glass remained just fine.

Chemcor was also used in safety glasses, but Corning had to recall them because of the violent ways they could break. Chemcor was discontinued in 1971 due to poor sales.

In 2005, Chemcor resurfaced when Corning began working on a much thinner version for use in mobile phones and wristwatches. They called it Gorilla Glass.

When Steve Jobs of Apple contacted Corning for a thin, strong glass for his first iPhone, Corning wasn’t sure they could make glass that was only 1.3 millimeters (0.05 in) thick. Originally, Chemcor was 4 millimeters (0.15 in) thick. But Jobs urged them to work on it, and the rest, as they say, is history. 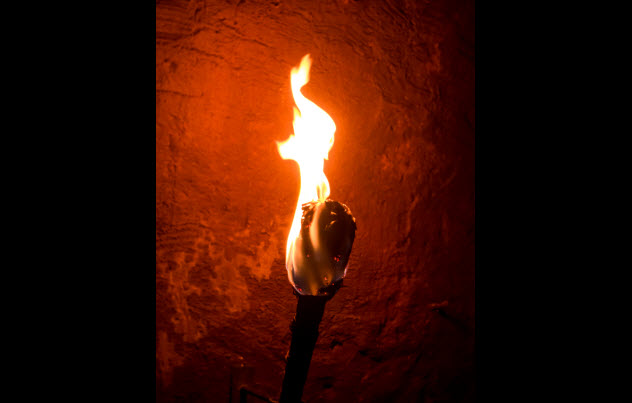 Beacons are used to send information about the location of a person or device to another person or device. Today’s beacons are so tiny that the CIA sews them into clothes and paper and uses them to guide drones toward targets in Afghanistan.

The beacon was invented in 4 BC by a Greek military scientist called Aeneas Tacticus. It was a clay jar filled with water. Inside the jar was a hole covered with a plug and a rod marked with numbers. The two communicating armies agreed in advance on what message each number was meant to convey.

Once the water had drained to the desired number, the first signalman raised his torch, and the second signalman plugged his jar again. That way, the second military unit knew what message the first unit was trying to send. 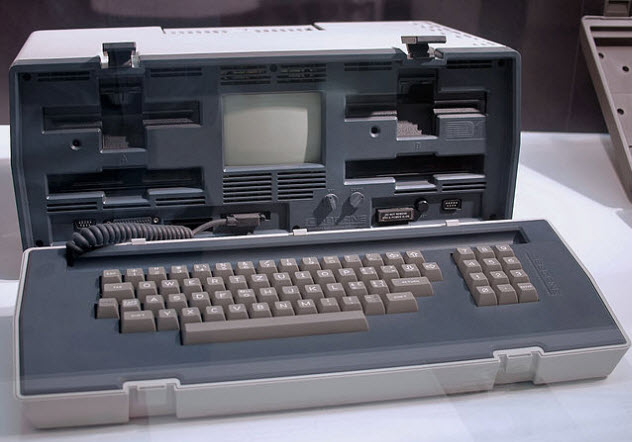 The Osborne 1 was the world’s first portable computer and the predecessor of today’s laptops. Invented by Adam Osborne of Osborne Computers in April 1981, this computer had a fully detachable keyboard, two disk drives, and a 13-centimeter (5 in) monitor. It weighed 11 kilograms (24 lb), ran on 64 kilobytes of memory, lacked a built-in battery, and sold for $1,795. Yet it was a huge success, and Osborne sold more than 125,000 units in less than one year.

Osborne Computers soon ran into problems after they announced a new computer called the Vixen too early. Many people canceled their orders for the Osborne 1, preferring to wait for the newer, improved product. Unfortunately for Osborne, that product wouldn’t be available for at least another year. Due to lagging sales for the Osborne 1, Osborne Computers suffered financial problems that forced it out of business.

The sudden, unexpected fall of Osborne Computers gave a name to the hugely unfavorable consequence of announcing a new or improved product long before it will be available: the Osborne effect. Such early announcements often led to a rapid drop in sales of current products, loss of customers’ trust, indefinitely postponed orders, and in extreme cases, the total downfall of the company.

Other companies that experienced the Osborne effect include famous game console manufacturer Sega and North Star Computers. In 1978, North Star almost went bankrupt after it announced a new floppy disk controller with twice the storage space but no increase in price from its older version. 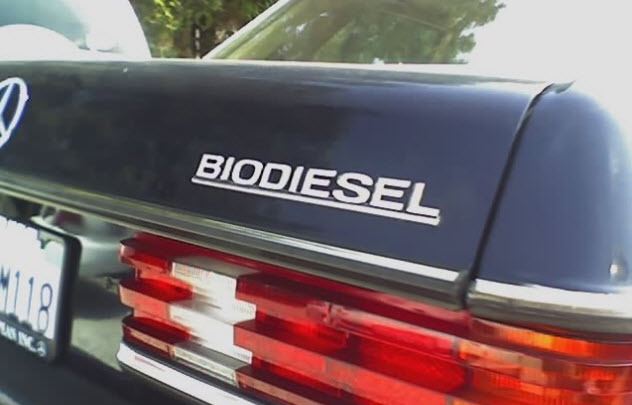 With the way greenhouse activists talk about biofuel these days, many of us think it is a new invention. But that’s not true. The first diesel engines ran on biodiesel, which comes from vegetable sources like soybean oil.

The diesel engine was invented in the 19th century by Rudolph Diesel, for whom biodiesel and petroleum diesel are named. His biodiesel engines were intended for farmers in underdeveloped, remote areas where petroleum was not available.

Unfortunately, Rudolph Diesel could not pursue his invention as he mysteriously died in 1913. No one knows the cause of his death, but many believe that the German government killed him so that Britain wouldn’t get the diesel engine.

Not long after Diesel’s death, fractional distillation of petroleum became possible, allowing gasoline, kerosene, diesel, and other fuels to be refined from petroleum. Diesel engines were then modified to run on the cheap, abundant petroleum diesel, while the use of biodiesel declined. 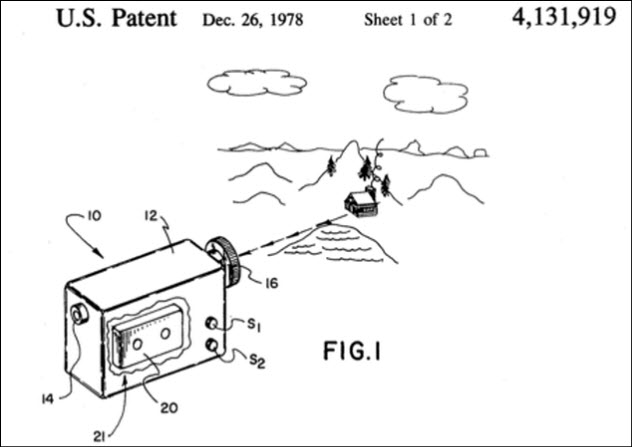 In 1975, the digital camera was invented by Kodak engineer Steven Sasson. The camera was bulky, had a “subpar” resolution of 0.01 megapixels, and used a digital cassette recorder in place of a memory card. It took 23 minutes to process a single photograph, which could only be viewed via a specially made device that relayed it to a television set.

Although the technology looked promising, Kodak never improved or promoted the camera because it would affect their sales of photographic film. However, they patented several technologies that are still used in many digital cameras today.

In 2001, Kodak released its first digital camera. It also became the first company with Wi-Fi cameras in 2005. When the Wi-Fi camera had poor sales, Kodak took it off the market.

Meanwhile, another company used a similar technology to make Wi-Fi enabled SD cards for cameras that year. Kodak’s failure to switch to digital photography led to its filing for bankruptcy in 2012. The company returned in 2013 and now sells printing equipment and services.