History is a fickle thing. Sometimes, the simplest events are immortalized while major events are forgotten. But the beauty of the Internet is that we can bring forgotten accomplishments out of the shadows and shine a light on them again.

The achievements of these women are something that should not go uncredited or unknown. These women were trailblazers, renegades, geniuses, and just plain awesome. 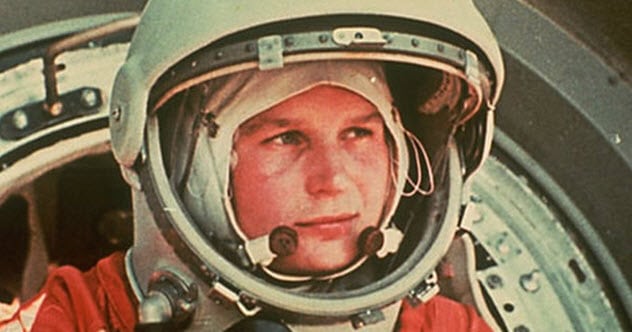 Valentina Tereshkova was the first woman to venture into space in June 1963. Her training in parachuting made her an ideal candidate to become a Russian cosmonaut. She applied soon after women became eligible.

The USSR’s decision to put women into space was fueled by a desire to beat the USA to a “first” in the space race. Along with four other women, Tereshkova was put through the same rigorous training as her male counterparts. She spent a total of 70 hours and 50 minutes in space.[1]

When she returned home, she received some of the most prestigious awards offered by the Soviet Union. This included the Hero of the Soviet Union medal, the highest award in the USSR. The United States would not send a female astronaut into space until 20 years later. 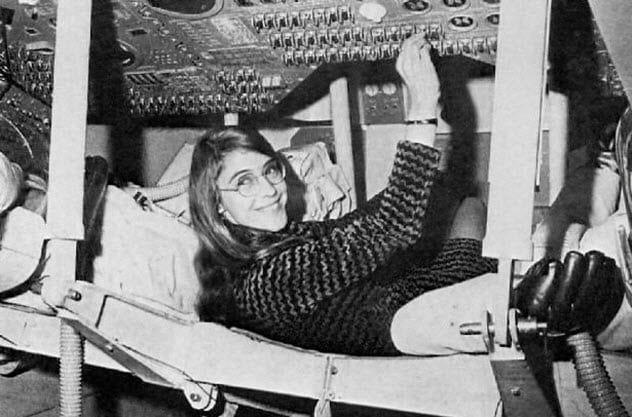 If not for Margaret Hamilton, the famous lines uttered by Neil Armstrong upon stepping onto the surface of the Moon would never have been said. She led the 400,000-strong team of software engineers that made Apollo 11 both possible and successful.

Hamilton had a rigorous approach to many tests. This attitude helped to preserve the mission when the guidance computer began to prioritize the Moon landing on its own. In 2016, she was awarded the Presidential Medal of Freedom, the highest civilian award in the US, by President Barack Obama.[2] 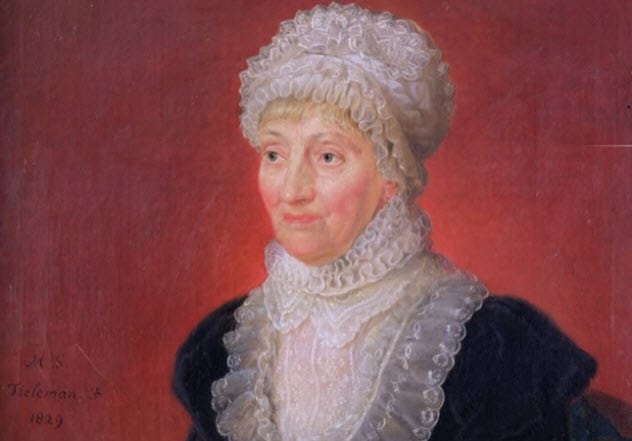 Caroline Herschel laid the groundwork for Western women in science. Having been given an education by her father, she was well ahead of her time. An accomplished astronomer, she was the first woman in recorded history to discover a comet—and found eight overall.

Her more famous brother, William Herschel, was given a job as King George III’s personal astronomer. She followed as his assistant. By also receiving wages, she was the first woman to be recognized for scientific work.

After her brother’s death, Caroline Herschel mapped out the exact placement of their discoveries. The Royal Astronomical Society and the Royal Irish Academy made her the first female honorary member. Years later, she received the King of Prussia’s Gold Medal of Science.[3] 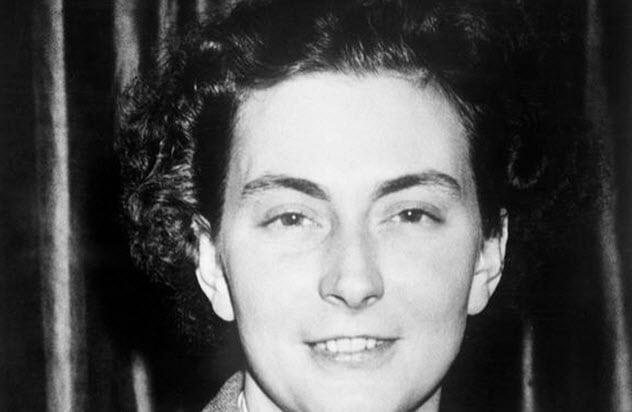 Andree de Jongh was the head of a resistance group called the Comet Line. Her organization helped abandoned Allied soldiers escape Nazi-occupied countries and return to the safety of Allied lines. She also led many of these crusades from safe houses in Belgium through occupied France and finally to a neutral Spain.

De Jongh is estimated to have helped over 100 airmen to escape. She was eventually caught, and her father was executed. The disbelief that a person of her gender could lead this group kept her from torture and death. She was sent to prison, a women’s concentration camp, and a criminal labor camp.[4] 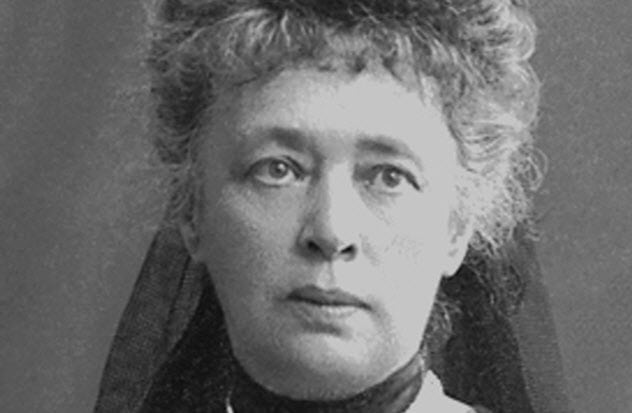 Bertha von Suttner was the first woman to be awarded the Nobel Peace Prize. She wrote Lay Down Your Arms (1889), one of the most influential books of the 1800s.

Von Suttner was a close friend of Alfred Nobel. They spoke for years on the subject of peace. She also became one of the leaders of the international peace movement and, in 1891, established the Austrian Peace Society. Von Suttner stood out as a radical and forceful leader among the group. She was referred to as the “generalissimo of the peace movement.”[5] 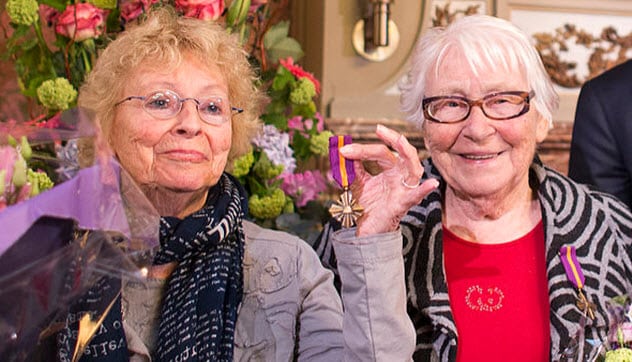 When Truus Oversteegen was 16 and her sister, Freddie, was just 14, a resistance fighter asked their mother if the girls could join the Dutch resistance against the Nazis. Their mother allowed it.

The girls would flirt with Nazi officers and collaborators. Then, these young women would lead the men to the woods under the pretense of intimacy. Unknown to the men, another resistance fighter was lying in wait. The officer would be shot and the murder covered up while the sisters acted as lookouts.[6] 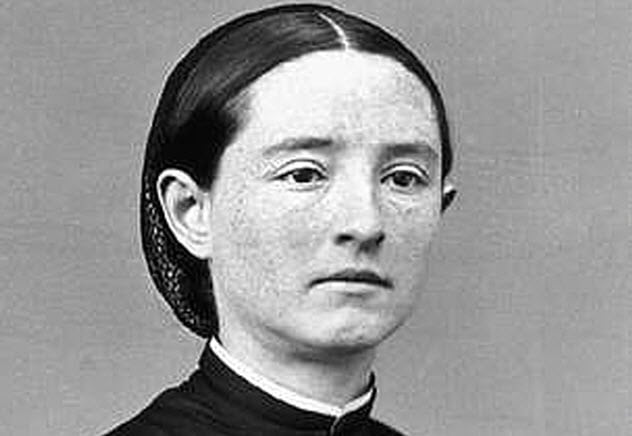 Dr. Mary Edwards Walker was a nurse and surgeon during the Civil War as well as a women’s rights activist. When the Civil War started, she joined the Union effort as a nurse in DC and briefly as a surgeon in Ohio. For her work during the war, she was awarded the Congressional Medal of Honor.

When her eligibility for the medal was called into question and her name taken off the list of awardees, she refused to give back the medal. The award was restored to her posthumously in 1977.

In the world of women’s rights, Walker chose to fight for female rights to a public professional role. She wore a Bloomer costume in protest of the unrealistic clothes required of working women. She also started to wear men’s clothes, which caused her to be arrested for impersonation several times.[7]

However, Walker never let critics get her down. She held her head high for her accomplishments in her work. 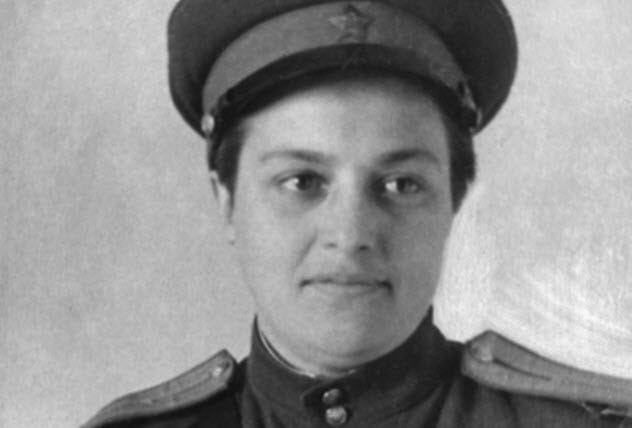 With a confirmed 309 kills, Lyudmila Pavlichenko still holds the record as the deadliest female sniper in the world. As a young woman, she competed with the neighborhood boys in marksmanship and later attended snipers’ school to perfect her shooting skills. Even so, she studied to be a teacher and scholar at Kiev University.

Her goals changed in 1941 when the Germans invaded the Soviet Union. Eager to fight for her country, she managed to prove herself and secure a place in the Red Army’s 25th Chapayev Rifle Division. Her first battle had her paralyzed with fear until a young soldier was shot right next to her. That propelled her to make the first of her many kills.

One hundred of her kills were German officers. She would spend days in sniper battles and was so well-known by the enemy that they would call for her by name on radio loudspeakers to try to bribe her.

After being promoted, she was pulled from combat and toured the world. Pavlichenko became friends with Eleanor Roosevelt and received gifts wherever she went. On her tours, Pavlichenko would push aside sexist questions and instead promote support for the second (Western) front. She retired with the rank of major and was awarded the title of Hero of the Soviet Union.[8] 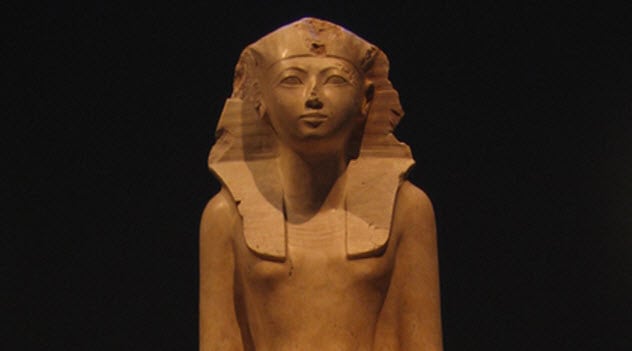 She was forgotten because her image was scrubbed from history by her own stepson.

Hatshepsut was the first women to attain the full powers of pharaoh. She began as a queen, the wife of her half-brother. When he died young, she assumed the role as regent until her infant stepson was of ruling age. She soon took full power, declaring herself a pharaoh.

She defended this move by reinventing how she was seen. Statues and paintings were commissioned that depicted her like a male pharaoh with a beard and muscles. Her achievements included construction of a temple at Deir el-Bahri, which is seen by many as the most beautiful temple in Egypt.

After she died and her stepson became ruler, he wiped her from history. Her images on temples and monuments were destroyed. The ancients believed that you would live eternally on the other side if you were remembered in life. But if you were forgotten, you ceased to be.

Accordingly, when the appropriate hieroglyphics were decoded in 1822, the revelations about Hatshepsut brought her back to her eternal life.[9] 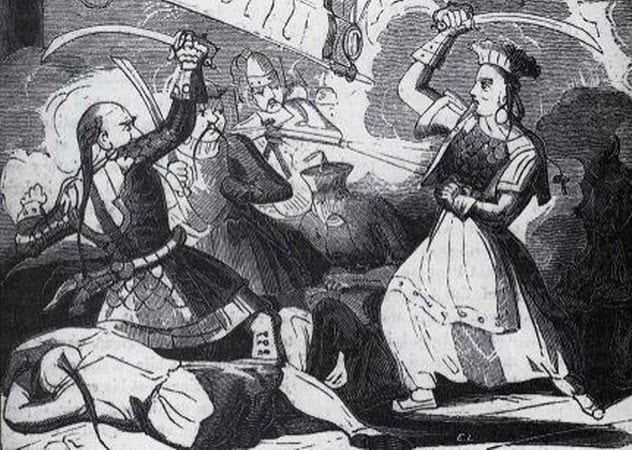 Zheng Shi (aka Ching Shih) achieved something that few ever managed to do—she won over the long term as a pirate. She started as a prostitute captured by pirates, and she was claimed by the pirate fleet’s admiral as his wife. Zheng Shi agreed on the terms that she was granted copartnership of command and half the admiral’s share of the loot.

When her husband, Zheng Yi, died, she quickly took control of the fleet. She was a ruthless pirate lord. She instituted a strict set of rules. Most punishments for breaking the rules involved execution. Loot was to be recorded and properly distributed, female prisoners were to be treated with civility, and deserters would have their ears cut off.

With an iron grip on her fleet, Zheng Shi created an empire that was unrivaled in its power and success. When met by a government armada, she sank 63 of their ships and sent the rest home in retreat.

Her might humiliated the three naval world powers of Britain, China, and Portugal. In a desperate attempt to end the pirate lord’s reign, the emperor offered amnesty for Zheng Shi and her fleet. She agreed and got to keep her loot. Zheng Shi retired, opened a gambling house, and died peacefully at 69 years old.[10]

Emily Winchester is a lover of history, mystery, and oddities. She is mainly doing this to fund her life, but spreading knowledge is more rewarding than any wealth.

Read about more amazing women who are largely forgotten by history on 10 Forgotten Women Who Secretly Ruled The World and Top 10 Wild Women Of The West.