Some of the earliest prototypes of common technologies bear about as much resemblance to their modern predecessors as Bell’s first working model does to your iPhone. Technology has marched on so much that we forget the first steps were sometimes a bit rocky. 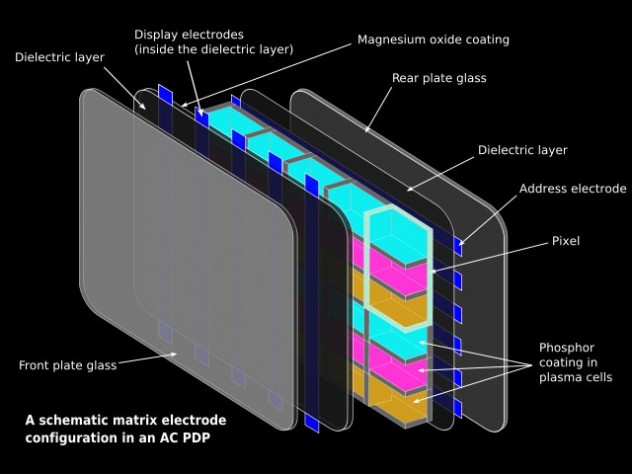 In the 1960s, some physics professors led by Don Bitzer took the first steps down the road that would lead to the invention of the modern plasma display. He and his colleagues were looking to reduce the flickering inherent to standard cathode-ray tube displays, and their answer was to use three thin layers of glass, with the middle layer perforated with tiny holes filled with gas. The outer layers were lined metallic wires (so thin as to be invisible) that, when electrified, excited the gas. This was a completely new way to display images, which overcame the flickering by eliminating the need to refresh the image. 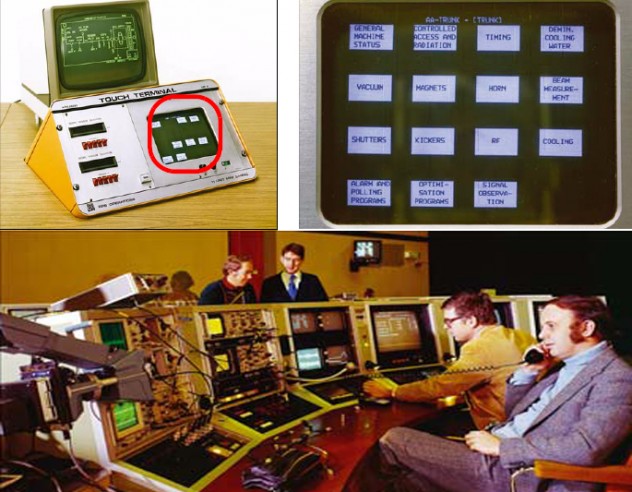 The first touchscreen was implemented at Switzerland’s CERN laboratories. Though a device that created buttons on a touch-responsive display already existed, it was unwieldy and required an awkwardly large frame. The solution proposed by CERN member Bent Stumpe was to etch a set of electric capacitors into a film of copper, which was then joined with the glass screen. A touch would increase the capacity, sending a signal to the computer.

The screens were developed for use in the central control of CERN’s SPS division, and they remained in use at the facility for over 20 years. Compare that to your smartphone, which is lucky to get through the unboxing process without voiding the warranty. 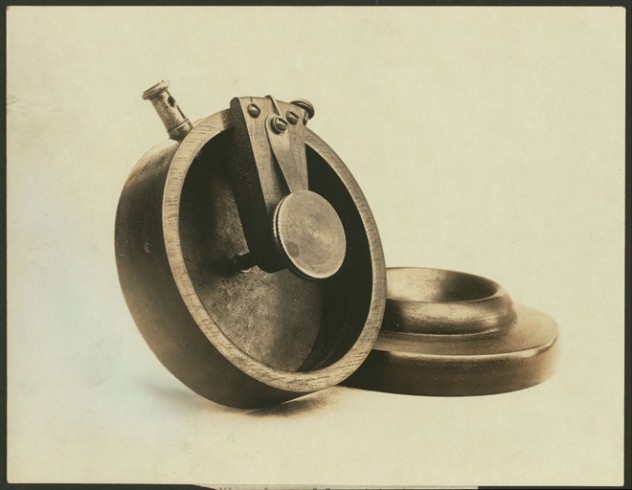 Although the credit for invention of the device was awarded to Thomas Edison by a federal court, the patents for the carbon transmitter or carbon-button microphone were filed nearly simultaneously by Emile Berliner, who often gets equal if not greater credit. In addition, Berliner’s design was much more robust—so much so that Alexander Graham Bell bought his patent for the contemporary equivalent of about $1,000,000 so that he could use the design in his early telephones. 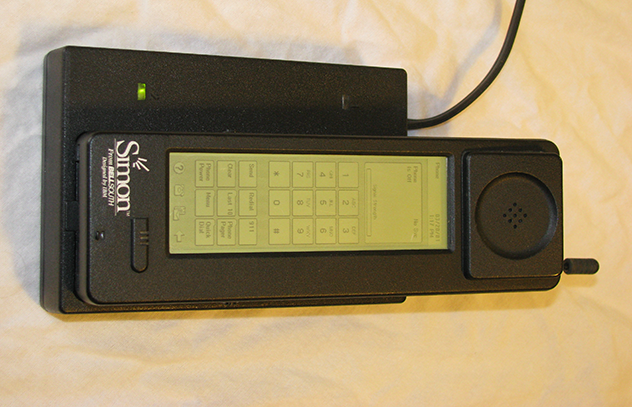 The world’s first smartphone hit the market on August 16, 1994. Its name was Simon. It was produced by IBM, and as smartphones go, it certainly contained most of the features we’re used to: email, predictive typing, even a rudimentary version of “apps” by way of plugging in a memory card to get more features. It also weighed over a pound, was the size of an actual brick, and cost almost $1,000.

Even though only 50,000 devices were sold, and even though it predates the existence of web browsers, Simon has still managed to influence the industry in a huge way: Today, smartphone manufacturers must still pay royalties to IBM and BellSouth, who hold many Simon-related patents on standard smartphone features like highlighting text on a touchscreen and remote activation. 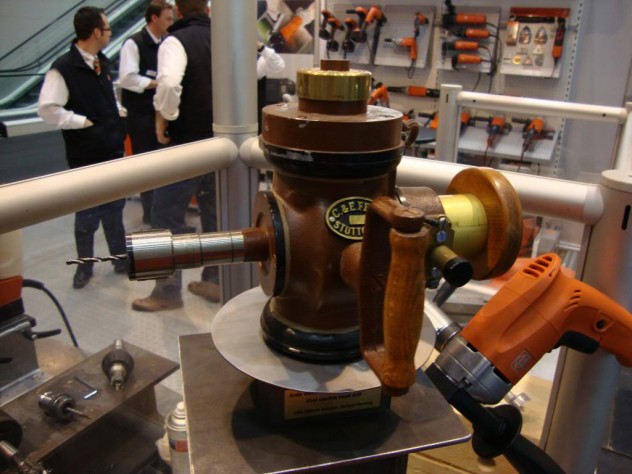 German tool company Fein is a monolith in the industry, having been in existence since the mid-1800s. Today, they can supply practically anything classified as a tool. When it comes to power tools, Fein could certainly make a convincing argument that nobody does them better, since Fein did them first.

The very first electric power tool was created in 1895. Within eight years, significant improvements had been made to the already-groundbreaking equipment (aluminum components and multiple speeds). In 1908, Fein converted its factory to focus solely on the production of power tools. It’s a strategy that has served the company very well: Over the first couple decades of the 20th century they would produce the first-ever jackhammers and jigsaws, and in the ’60s, they invented an oscillating plaster saw that would lead to an entirely new class of oscillating power tools. 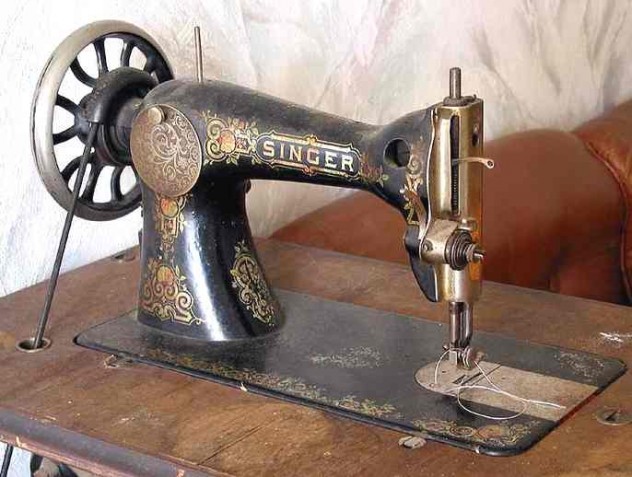 The sewing machine is an invention that was chased by many, many people through the 1700s and early 1800s. Many inventors pitched in ideas, and some created prototypes that turned out to be impractical.

The first working machine was put forth by Elias Howe, who was awarded a patent for a machine on September 10, 1846. He was having a surprisingly hard time gathering any interest in America (perhaps because of all the decades of false starts), so he tried his luck in England, where he wasn’t faring much better at the time his wife died. During the time Howe was traveling back to America and dealing with her death, however, sewing machines took off in popularity. Howe was able to successfully defend his patent in court—his biggest victories were against Walter Hunt and Isaac Singer, which is a name you may know as being associated with sewing machines to this day. The resulting settlements and royalties made Howe extremely rich and his company very successful. 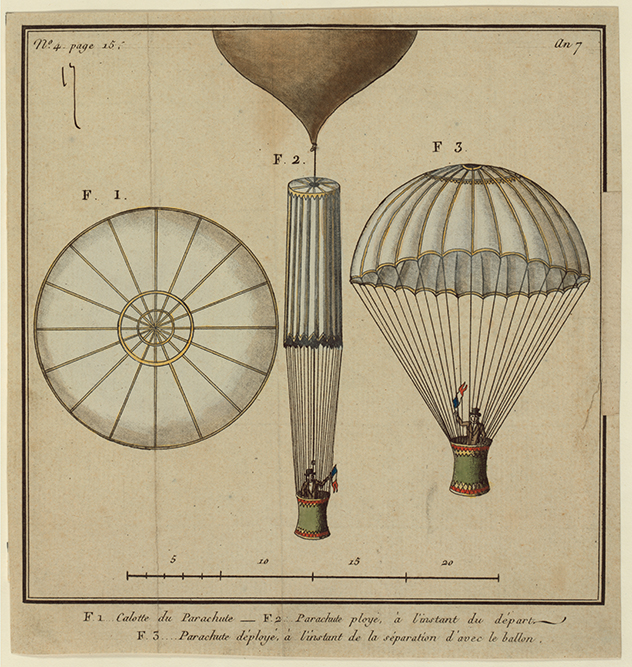 Oddly enough, the parachute predates the airplane by over 100 years: The first successful parachute jump from altitude took place on October 22, 1797 in Paris, France. It was performed by the parachute’s inventor, André-Jacques Garnerin, from a hydrogen balloon 975 meters (3,200 ft) above the ground—and it didn’t exactly go as planned.

The prototype didn’t include a crucial feature (an air vent in the top) so it spun wildly en route to the ground. But the canopy sufficiently slowed his descent, and Garnerin was unharmed upon landing. Subsequent successful exhibition jumps were made all over Europe, including one from 2,400 meters (8,000 ft) in England. 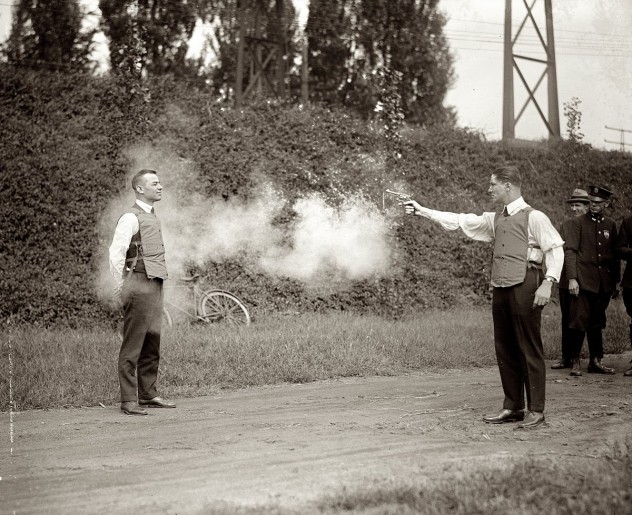 The inventor of the bulletproof vest, Casimir Zeglen, was so confident in his invention that, like parachute inventor Garnerin before him, he submitted his own body to its initial test on July 10, 1897. Zeglen was a priest who first conceived his invention after the 1893 assassination of Chicago mayor Carter Harrison. He had previously experimented with different, more rigid materials, but eventually discovered a way to weave threads of silk together into a dense, multi-layered cloth that would not allow arms fire to penetrate it.

Even though guns at that time were not nearly as large and powerful as modern firearms, Brother Zeglen’s initial models seemed to be incredibly robust. According to the newspaper article published at the time: “Lieutenant Sarnecki, of the Austrian army, loaded a thirty-two caliber revolver, took his position ten paces (seven meters) from the target—and fired. The bullet was repelled and everyone ran toward the inventor, who was not only smiling but overjoyed because the only feeling he experienced was that of being prodded with a stick.” 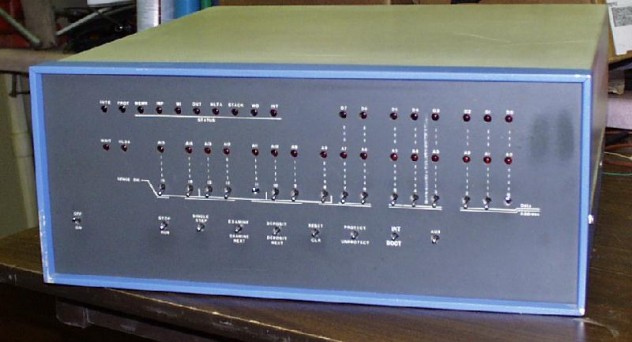 That thing may not much look like anything we think of as a PC, but the Altair 8800 is indeed the first computer ever made available to the general public. It was sold in the pages of Popular Electronica magazine for $400 as a kit to be assembled by the customer. They expected a few hundred orders at the most, but ended up swamped with a couple thousand within the first few months.

Up until that time, such magazines had only published schematics of computer designs for hobbyists. The only way to obtain a computer as a consumer was to follow a long shopping list (the contents of which weren’t exactly available at every corner grocery store), read the schematics, and build the machine. At least with the Altair, the parts were included—though you still had to put the thing together. 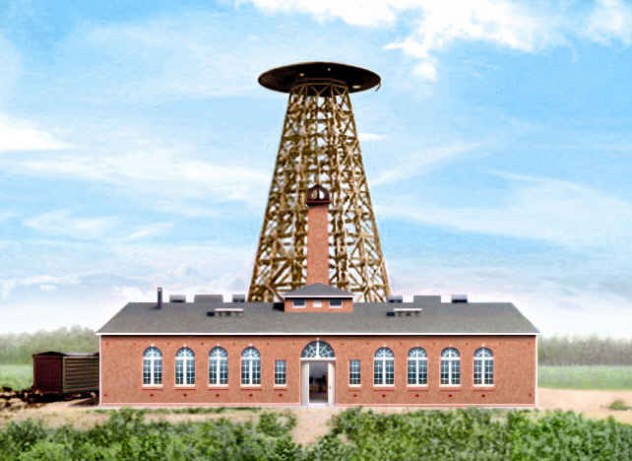 Finally, we have Nikola Tesla. While he did not invent alternating current (AC), he did refine it, endlessly championing it over direct current (DC), much to the chagrin of his nemesis, Thomas Edison (for whom he worked for several years, and upon whose designs he greatly improved). His contributions to the development of electrical power supply cannot be overstated, but his most ambitious project—had it been realized—would have put to shame not only those fantastic contributions, but those of pretty much every other inventor to ever exist.

Wardenclyffe Tower, shown above, was built in 1901, and it was meant to be exactly what it looks like: the world’s first wireless transmission tower. The long-term plan was to build a global network of these towers (just like the one that exists today) to transmit information around the globe. The tower stood almost 60 meters (200 ft) high and reached 36 meters (120 ft) underground. Due to financial and tax troubles (and the fact that Tesla, while a genius, was probably kind of insane), the project was never finished, and the tower was demolished in 1917.