Politics can sometimes seem incredibly boring. Despite their distinct identities and proposals, different politicians and political parties can often appear the same.

However, once in a while, a completely bizarre and eccentric political party crops up. Although we don’t usually expect these bizarre parties to get elected, we are sometimes pleasantly surprised when they do. 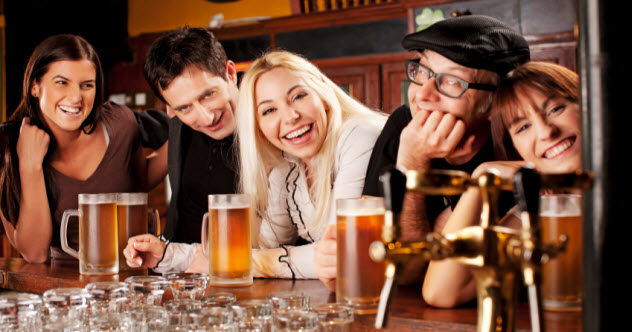 Registered in 1990, the goal of the Polish Beer Lovers’ Party was to engage in political discussions while drinking excellent beer in pubs. Although the party was started as more of a joke at first, they eventually developed a serious platform.

However, the members continued to hold their discussions in pubs because it represented intellectual tolerance, freedom of expression, and a higher standard of living.

After a sudden surge in popularity, the Polish Beer Lovers’ Party won 16 seats in the lower house of the Polish parliament in the 1991 elections. The success of the party was largely attributed to its humorous name, which helped to secure votes from those who were disappointed with the Polish political system of the time. 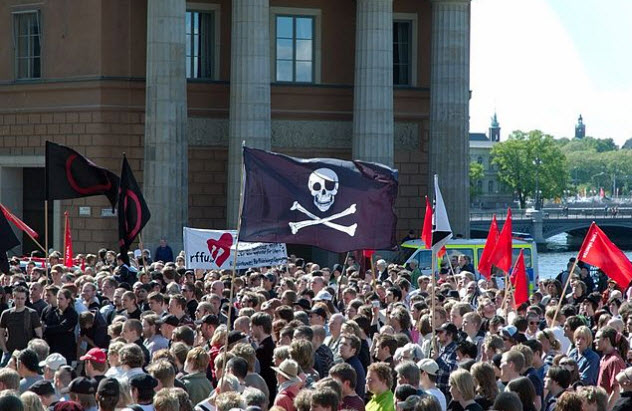 Founded in 2006, the Pirate Party of Sweden was first seen as a bit of a joke. Questions such as “who would want to vote for such a narrow platform” and “who would want to be associated with pirates” were raised by those who had little understanding of the party’s direction.

However, to the surprise of many, the party gained sudden success by raising questions about Internet-related issues, such as copyright and privacy. No other party had ever asked these questions. Voters were glad to finally express their concerns about older, traditional parties and their policies. 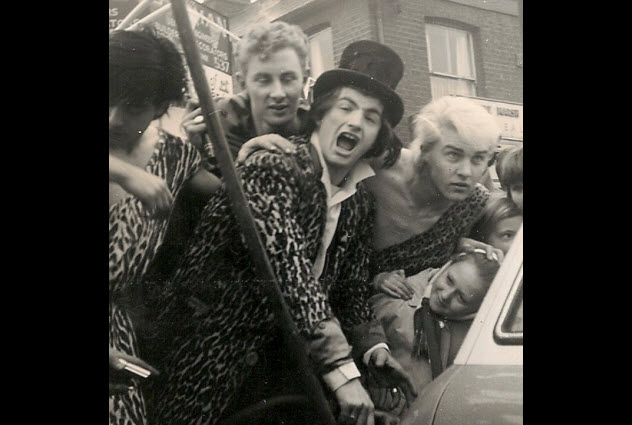 The Official Monster Raving Loony Party was established in the United Kingdom in 1983 by musician David Sutch (aka Screaming Lord Sutch). The party’s tagline is “Vote for insanity: you know it makes sense.”

Over the years, the party has come up with some extremely bizarre proposals, such as “turn the whole country into a fun park, creating eight million jobs” and “turn Britain into the world’s biggest tax haven by driving the Channel Tunnel through the Channel Islands.” These absurd propositions are not just a joke. Members of the Official Monster Raving Loony Party like to emphasize real-life absurdities.

Nonetheless, some of the party’s suggestions—such as being able to vote at 18 and passports for pets—have been implemented. Party members have been elected to various town council positions across the country. Some of these members later became mayors. 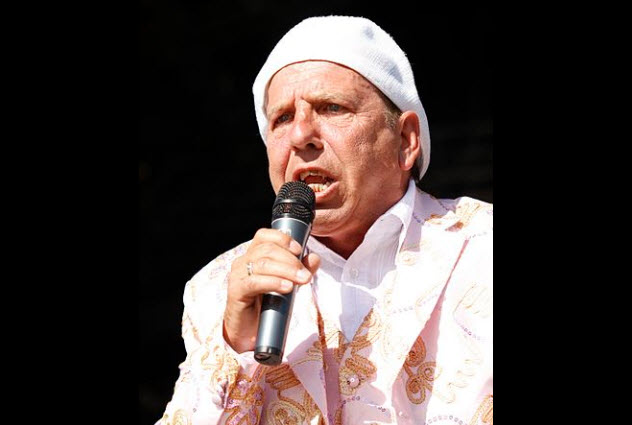 In 1979, the Danish Union of Conscientiously Work-Shy Elements was founded by Jacob Haugaard, an actor, musician, and comedian. This political party stated that everyone has the right to laziness and argued for eight hours of sleep, eight hours of rest, and eight hours of leisure every day.

In fact, the Union of Conscientiously Work-Shy Elements was well-known for posing questions such as: “If work is healthy, then why not give it to the sick?”

Some of the party’s policies included bigger Christmas presents and shorter lines at the supermarket. As a political party, they were quite popular initially. But then again, everyone was automatically considered a member unless they declared otherwise.

After participating in several unsuccessful elections, Jacob Haugaard won a local seat in the parliamentary election of 1994. He received over 23,000 votes. 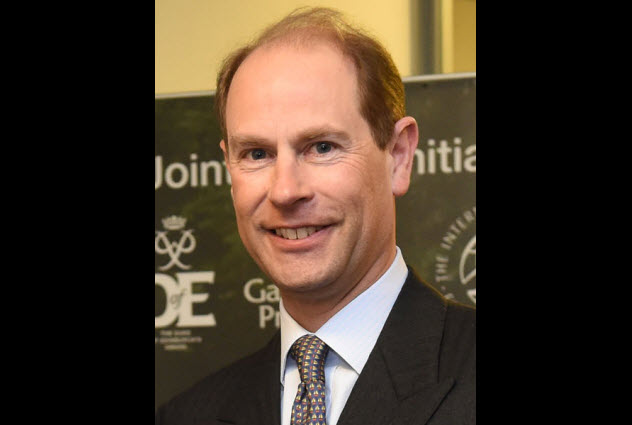 The Independent Royalist Party of Estonia was known for its humorous expression of protest. During the first post-Soviet elections in 1992, the party won eight seats in parliament even though they only spent one crown on their campaign. They did have three comedians, though, and were known for disturbing and attention-grabbing street actions, such as eating strikes.

The main proposal of the Independent Royalist Party of Estonia was to establish Estonia as an absolute monarchy. In 1994, the party wrote to Prince Edward asking him to become the king of Estonia.

Their main incentive was certainly tempting: “Estonian newspapers are a lot nicer and more respectful to the British royal dynasty than the English media.” Unfortunately, it was not tempting enough to persuade Prince Edward.

In the 1995 elections, the Royalists got only 0.8 percent of the votes. As a result, they slowly disappeared from the political scene. Nevertheless, documents from several ministers in the Estonian government suggest that the Royalists have been influencing many political decisions in Estonia for the last 20 years. Die Partei (“The Party”) is a satirical political party that was founded in Germany in 2004. They are headed by Martin Sonneborn, copublisher of German satirical magazine Titanic.

The party is known for imitating the grandiosity of Nazi and East German communist parties. They have a youth wing called “Hintner Youth,” which was named after General Secretary Thomas Hintner and uses the official greeting “Hi Hintner!”

In 2014, Die Partei won a seat in the European Parliament. Initially, the party campaigned for the rebuilding of the Berlin Wall. Nowadays, however, they want to do away with daylight saving time while still setting the clocks back every autumn to give Germans one extra hour of sleep.

Sonneborn also wants to bring back the cucumber-curvature law, which stipulated how long, hard, curvy, and green a cucumber must be. But instead of applying it to cucumbers, he wants to modify the law and apply it to weapons.

The Best Party was an Icelandic political party founded in 2009 by actor and comedian Jon Gnarr. The party was created as political satire to critique the previous politicians who caused Iceland’s economic meltdown.

In the 2010 city council election in Reykjavik, the party won six seats out of 15, and Gnarr became mayor of Reykjavik. But the party needed a coalition partner. Holding fast to his party’s principles, Gnarr ruled out any party whose members had not seen every season of the popular American television show The Wire.

The Best Party was comprised of eccentric members, such as musicians, rockers, and even one food blogger. So it was no surprise that group photographs of this unique party often resembled album covers. For their campaign, the party prepared the video above that was set to Tina Turner’s song “The Best.” It showed Gnarr posing with a polar bear and petting a rock.

Gnarr’s campaign promises were also strange. They included a polar bear display for the zoo, free towels at public swimming pools, and a Disneyland at the local airport. Although it seemed like a joke at first, his proposals actually had some logic behind them.

For example, consider his polar bear promise. Due to global warming, many polar bears have swum to Iceland, where they are then shot. Using Gnarr’s suggestion of putting them in a zoo, the animals could be saved while expanding the zoo. This would lead to more visitors and perhaps a slight economic boost. 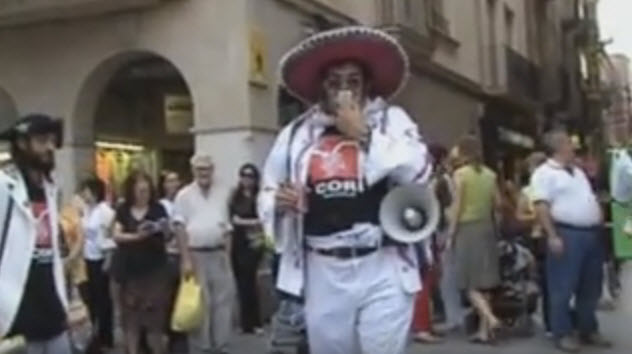 The Coordinadora Reusenca Independent (aka Cori) is a Catalonian political party that was founded in 2003. The party is based in Reus and led by Ariel Santamaria, who is known for turning up at council meetings dressed as Elvis Presley.

Cori participated in the municipal elections of 2003 and 2007. During the latter, they won their first seat on the Reus city council. The party’s philosophy is Juantxism. According to Cori, “Juantxi” in Reus slang refers to either an action or a person that is “grotesque or ridiculous.” During the 2003 elections, the party’s campaign slogan was “put another Juantxi in City Hall.”

The proposal was rejected, partly because Cori couldn’t state the exact cost of building and running the sexodrome. Another strange proposal was to move Sagrada Familia, the large church designed by Antoni Gaudi, from Barcelona to Reus. The party’s reasoning was that the church was in danger due to construction work on a rail tunnel beneath Barcelona. This proposal was also rejected. 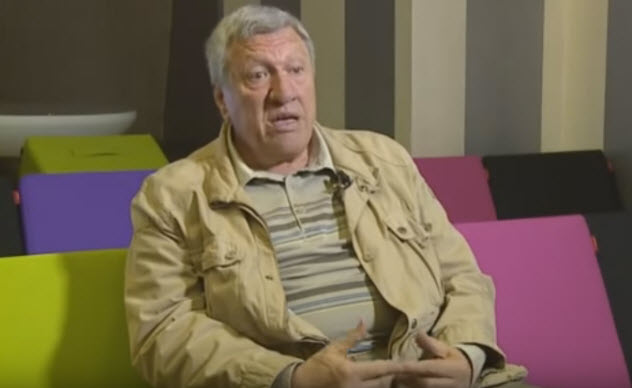 Partidul Liber-Schimbist was a satirical political party founded by Octavian Andronic in Romania in 1990. The term liber-schimbist in the party’s name is a double entendre that was first used in the comedy O scrisoare pierduta by Romanian playwright Ion Luca Caragiale.

Within Caragiale’s play, one of the characters describes himself as a liber-schimbist. A literal translation means a “supporter of free trade,” but the term can also refer to someone who changes his views easily (depending on what the situation demands). In the same way, the name of this Romanian political party also has two meanings. It can be read as the “Free Exchange Party” or the “Free to Change Party.”

Anyone who changed his or her allegiance from one political party to another instantly became an honorary member of Partidul Liber-Schimbist. In 1992, the status of party leader Stefan Cazimir changed to “honorary member” when he joined the Social Democratic Party.

Partidul Liber-Schimbist dissolved in 1996 when new rules in Romania required each party to have at least 10,000 members. Rapaille Partij (aka Scum Party) was a Dutch political party created in Amsterdam in 1921. The goal of this party was to prove that the political system was a joke. Nelis de Gelder, an alcoholic beggar and occasional street performer known as Had-je-me-maar, was the man chosen to represent the Rapaille Partij.

This party’s proposals included free hunting and fishing in the Vondelpark, cleaner public urinals around the Butter Markt (now known as Rembrandt Square), and lower prices for brandy, bread, and butter.

The founders of Rapaille Partij, who were mainly anarchists and anticapitalists, ran a neatly organized, successful propaganda campaign using progressive posters and advertising material. Had-je-me-maar was elected to the city council of Amsterdam.

Outraged by Had-je-me-maar’s election, the principal magistrate of Amsterdam went straight to the Dutch parliament seeking a solution. Fortunately for the magistrate, the parliament had already prepared an emergency law to disqualify Had-je-me-maar from taking his seat on the city council.

However, their action was unnecessary. Had-je-me-maar was caught drunk a couple of days before the election and was unable to take his seat in a timely manner. As a result, he was disqualified from serving on council, and the Rapaille Partij was dissolved a short time later.