It is said that well-behaved women seldom make history. Throughout the ages, there have been queens, rulers, and empresses who defied traditional roles and behaviors to wield power, influence, and authority that forever changed the course of history. 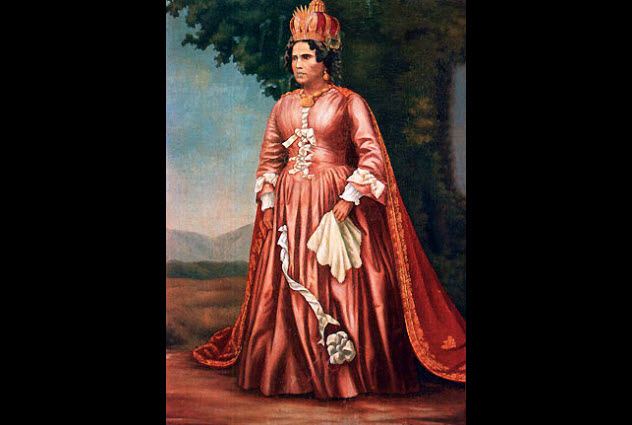 Queen Ranavalona I of Madagascar wasn’t known by the abominable moniker “mad monarch” for nothing. Suspected of poisoning her husband to succeed him, she initiated a brutal campaign against those who refused to abandon Christianity during her harrowing 33-year reign. Those who didn’t acquiesce were tossed over cliffs, dismembered, or scalded viciously.

Determined to keep Madagascar free from European colonialism, she summoned foreigners to join the Malagasy, after which she had them killed in a grisly fashion.

However, in the wake of Ranavalona’s death, her weak-willed successors could do little but watch as Christian missionaries returned with renewed vigor. Three decades later, the last monarch was unceremoniously exiled, and Madagascar became a French colony.

During the time of Africa’s gradual colonialism, the sacrilegious but formidable Ranavalona was able to keep foreign rule at bay and is regarded as a symbol of patriotism in Madagascar today. 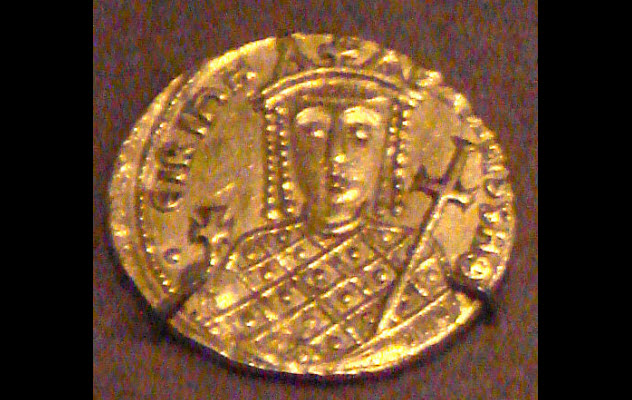 Irene of Athens didn’t simply love power, she went to great lengths to keep it all for herself. During the great theological schism of the eighth century, Queen Regent Irene occupied the Byzantine throne, entirely reversing the “no icons” belief of her husband Leo IV and sparking total outrage. She also improved relations between the Church of Rome and the Orthodox Church.

Despite having engineered such sweeping doctrines, Irene’s heart was ultimately set on the throne. After a turbulent decade of reigning with her son, Constantine VI, Irene finally bared her ruthless ambitions by having her son’s eyes gouged out.

She adopted the title of “emperor” and had coins minted in her name. However, Irene was overthrown five years later in 802 by those who couldn’t accept a woman on the Byzantium throne. Ultimately, she died in exile.

Irene is remembered for being instrumental in restoring the use of icons in the Eastern Roman Empire and is revered as a saint in the Greek Orthodox Church. 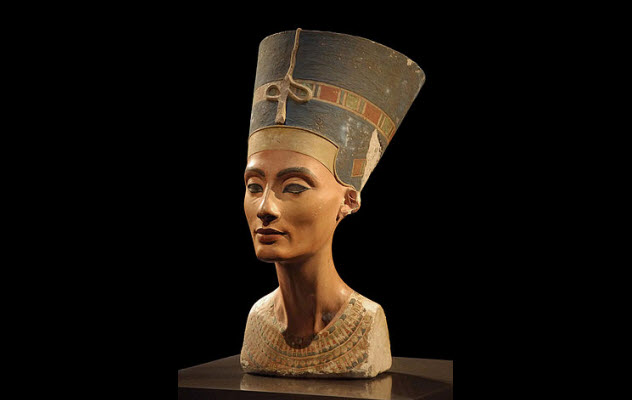 The shrewd Nefertiti held equal status with the king when they substituted all Egyptian gods, including the chief deity, Amen, with Aten (“Sun god”) and converted Egypt’s religion to monotheism.

They changed their names to Akhenaten and Neferneferuaten-Nefertiti and built a new city revering Aten, boldly flouting traditional religious conventions.

The powerful and influential Nefertiti, who is believed to have been more eager than Akhenaten to introduce Sun worship, almost acquired the status of a goddess throughout the kingdom.

Although religious tides turned back in favor of the old gods after her reign, Nefertiti will be forever known as the pioneer of one of the most noteworthy religious revolutions in ancient Egyptian history. 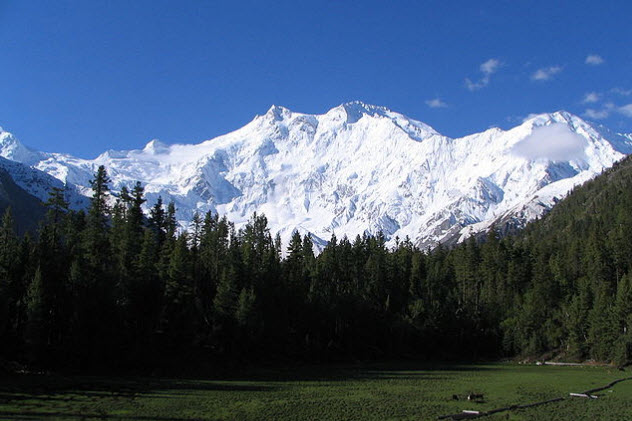 When the lust for power is untrammeled, the lines separating rational love and authority begin to blur. In the case of Queen Didda of Kashmir, she did away with her own grandsons on her way to sovereignty.

Alternating between kindness and cruelty, Didda dominated Kashmir’s monarchy for the better part of the 10th century. The craftily gifted queen seized complete administrative control during her husband Ksemagupta’s reign, ultimately becoming queen regent for her son and grandsons.

Not content with merely being an adviser, she disposed of all three of her grandsons using medieval forms of witchcraft and torture. Then she reigned as monarch for 23 long years. The magnitude of Didda’s power is evident from the coinage of that period, which has both her name and Ksemagupta’s name engraved on it.

Didda may have been ambitious and cruel, but she effectively ensured the longevity of her dynasty. The region’s history still remembers her as one of the greatest rulers ever. 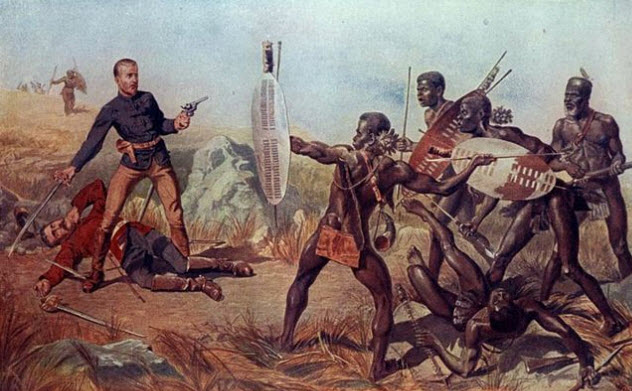 For anyone who has ever wondered what women with “loose morals” could possibly accomplish, Queen Nandi is the fitting answer. She was the woman behind the origins of the Zulu Empire.

When Nandi, a Langeni tribe member, was impregnated by Zulu Chief Senzangakhona in the 1700s, tribal elders cried foul. After the child, Shaka, was born, Nandi acquired the lowly status of being Senzangakhona’s third wife, facing mockery and ridicule.

Notwithstanding the demeaning brush-off, Nandi raised Shaka to be a fierce warrior. He became the Zulu chief in 1815. Nandi became the queen mother, who was known as Ndlorukazi (“The Great She Elephant”).

In classic noir fashion, she wreaked havoc on those who had mistreated her and Shaka. Since Shaka remained unmarried, it was Nandi who, in a twist of fate, remained the power behind the throne of the Zulu Empire throughout her lifetime. 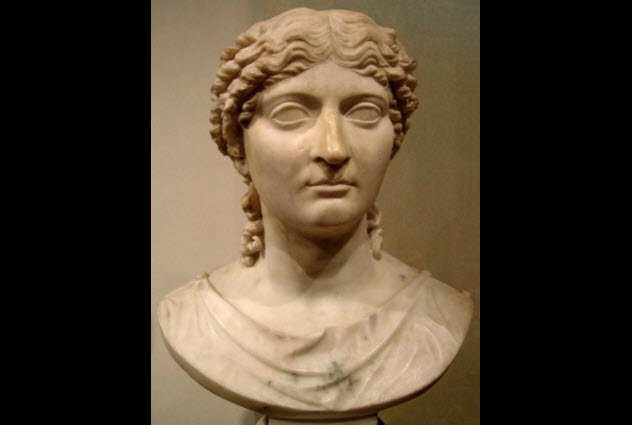 Amid the throng of royal men in the Julio-Claudian Empire, Julia Agrippina (aka Agrippina the Younger) was an “emperor maker.” However, she didn’t want to just sire scions. She wanted to rule.

When Emperor Claudius’s wife, Messalina, became entangled in an adultery scandal, the power position of the Roman empress was suddenly wide open. In a masterful maneuver that was both outrageous and incestuous, the wily Agrippina seduced her uncle Claudius to become his fourth wife.

Agrippina not only manipulated Claudius into making Nero (her son from a previous marriage) his heir but also orchestrated a marriage between Nero and Octavia, Claudius and Messalina’s daughter. Taking the title “Augusta,” she maintained a strong hold over political and household affairs, considering herself coruler.

After Claudius died from eating poisoned food (an alleged ploy by Agrippina), Nero became the Roman emperor, forever changing the face of the Roman Empire. However, Agrippina ran out of luck when her own son became agitated about her omnipresence as queen mother. Ultimately, he had her assassinated.

Nevertheless, during an era of male power and dominance, Agrippina was remarkably influential. She became known as one of the most powerful women in the Julio-Claudian Empire. 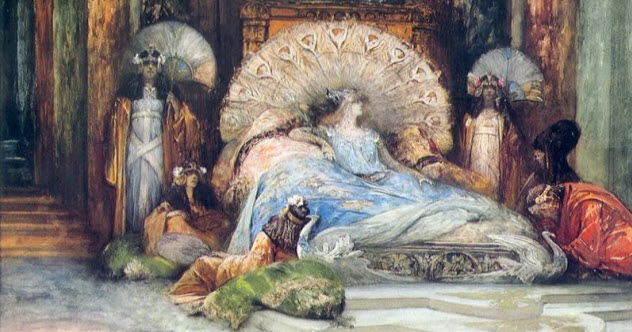 Empress Theodora’s beginnings were anything but refined. In fact, they were downright ribald. Having performed onstage from a young age, the young Theodora was infamous for her salacious interpretation of Leda and the Swan, where she stripped onstage to the barest minimum. However, Theodora’s kismet changed when she met and married Justinian I, heir to throne of the Byzantine Empire.

The empress became an enigma overnight. Although her marriage was childless, the crafty Theodora was Justinian’s partner in power, even having the oath of allegiance to her name. The empress also artfully did away with those who threatened her position.

However, Theodora won followers because of her sympathy and support for Monophysitism. She also set up houses for prostitutes, worked for women’s marriage and dowry rights, and banished brothel keepers from the Byzantine Empire. Today, Theodora is considered a saint in the Eastern Orthodox Church and is commemorated on November 14.

Unsophisticated actress, shrewd empress, lascivious whore, revered saint—Queen Theodora was a little bit of everything, having lived her life with theatricality.

3 Isabella Of France
Queen Of England 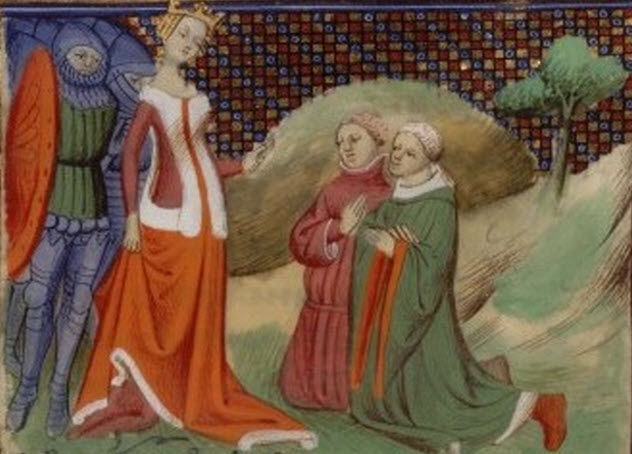 Married to homosexual Edward II, Queen Isabella of England was slighted outwardly in favor of Edward’s favorites, Piers Gaveston and Hugh Despenser the Younger. It was under these wretched circumstances that Isabella bore Edward II’s children. Among them was future King Edward III.

Having kept her frustration bottled up for years, Isabella’s emotions exploded in the form of a scandalous affair with exiled British traitor Lord Roger Mortimer in 1325. The anger at having been cast aside turned into a burning desire for vengeance as Isabella invaded England and usurped the throne, acting as queen regent for Edward III.

Isabella even had Edward II brutally murdered in captivity. However, when the conscientious Edward III came of age, he had his mother dethroned. She died 28 years later in retirement. The great “she-wolf of France” lived through family, love, lust, power, and finally, downfall. 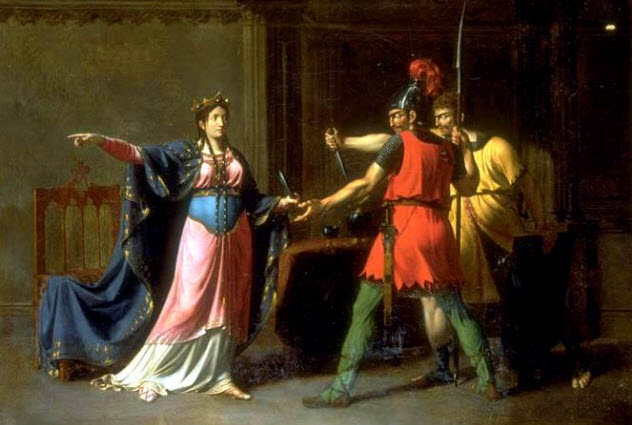 Through assassinations, Queen Fredegund caused the winds of change to blow in the Merovingian dynasty in the fifth century. Rising from the ranks to become Merovingian King Chilperic’s wife, Fredegund orchestrated Queen Galswintha’s death and sent Queen Audovera to a convent.

When Galswintha’s sister Brunhilde, Fredegund’s longtime enemy, swore vengeance, Fredegund mercilessly murdered Brunhilde’s husband and sisters. The ruthless queen also had all of Chilperic’s other children slaughtered, ensuring that her bloodline would occupy the Merovingian throne.

However, their son Clotar II was a baby when Chilperic died in 587. Fredegund rose to the occasion, fighting battles, quelling rebellions, and ensuring the smooth running of the Merovingian Kingdom in her role as queen regent.

After Fredegund’s death in 597, Clotar continued his mother’s assassination spree and had Brunhilde and her descendants murdered, resulting in 20 years of peace in the region. 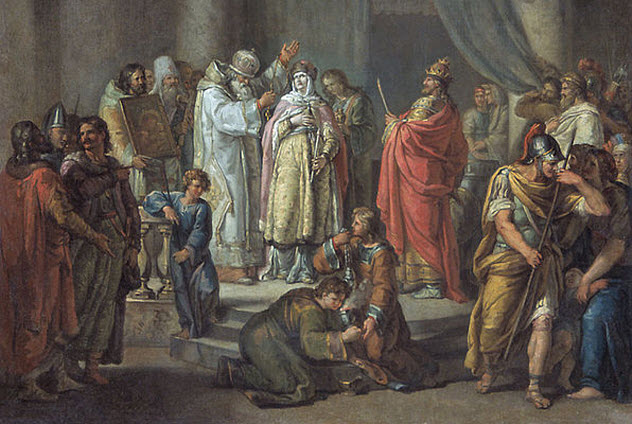 In a classic tale of revenge in the 10th century, Princess Olga of Kiev played the role of the martyred Prince Igor’s widow with evil aplomb. When Igor was murdered by the Drevlyane tribe, the bloodthirsty Olga settled scores in the most malevolent ways. Among other things, she murdered two high-level Drevlyane delegations and cunningly burned the capital to the ground using a tactic similar to a Trojan horse.

It was this powerful, outrageous, and ruthless image of female vengeance that remained imprinted in public memory when Olga returned. She also went on to reform government structure and reclaim lost lands.

However, her intentions went beyond revenge and governance. She had Christianity on her mind. Olga journeyed to Constantinople, adopted the Christian name Helena, and became Kiev’s first Christian ruler.

She brought prestige to the religion in a predominantly pagan city. Olga’s dreams were realized when her grandson eventually promoted Christianity in Kiev.

Today, Olga is remembered for paving the way for Christianity in the land and is revered as a saint in the Russian Orthodox Church.

Malavika Madgula is a freelance writer. She blogs at malavika24.wordpress.com and Tripoto. She is also a contributor to lunkhead.co.uk. You can follow her on Twitter or contact her on LinkedIn.