There’s no doubt that the modern UFO phenomenon took hold of society following the Roswell incident of 1947. History, however, is riddled with strange incidents that, had they occurred today, would be described as UFO sightings. Here are 10 of them, all of which were witnessed before the 20th century. 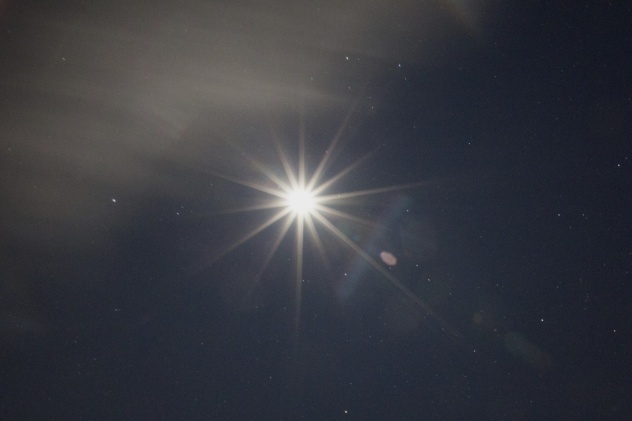 In 1809, English astronomer John Staveley submitted an account of something strange that he’d witnessed in the night sky above Hatton Garden to The Journal of Natural History And Philosophy And Chemistry.

Staveley stated that he saw what looked to be a black cloud that had meteors moving around it as well as lightning flashing through it. At first, he thought he was witnessing a strange meteor shower, until one suddenly “increased size till It became the brilliance and magnitude of Venus.” He then realized that it was something rather more extraordinary. The object became stationary and dimmed before vanishing.

He watched the spectacle for around an hour, with the lights dancing in and out of the black cloud, moving in ways unlike natural elements such as meteors. The fact that Staveley was an astronomer and the fact that he submitted his report to such an established and respected journal of the times grant at least some credibility to the sighting. 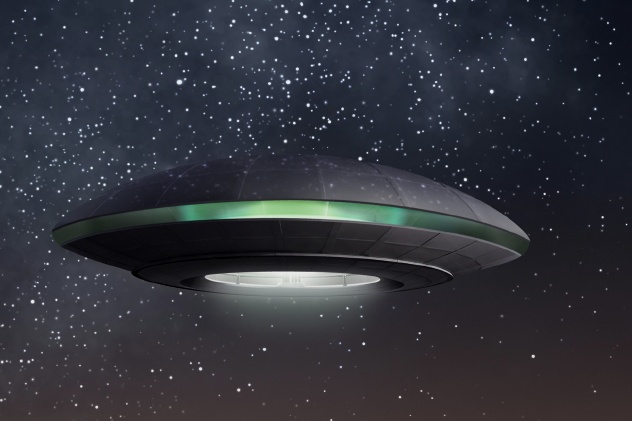 On New Year’s Day 1254, several monks at St Albans in Hertfordshire saw what looked like “a kind of large ship, elegantly shaped and of marvelous color.”

As it was New Year’s Day, there were multiple witnesses to the event; the monks were at the church as part of the celebrations. The ship hung over them silently, with one describing it as seeming to paint the sky. The incident was recorded by Matthew of Paris in precise detail, right down to the fact that the Moon was eight days old and that the night sky was covered with stars.

The ship eventually climbed into the sky without incident. It was theorized afterward it had most likely had been a cloud, as it appeared to dissolve and disappear. It’s possible that Matthew’s account may have been a bit more imaginative than others, although there is no doubt that something was witnessed.

A similar experience also occurred in 1290 at Byland Abbey in Yorkshire. The abbot and several monks witnessed a “large, round, silver disc” flying over them at great speed.

8 The Sky Battle Over Basel
Switzerland, 1566 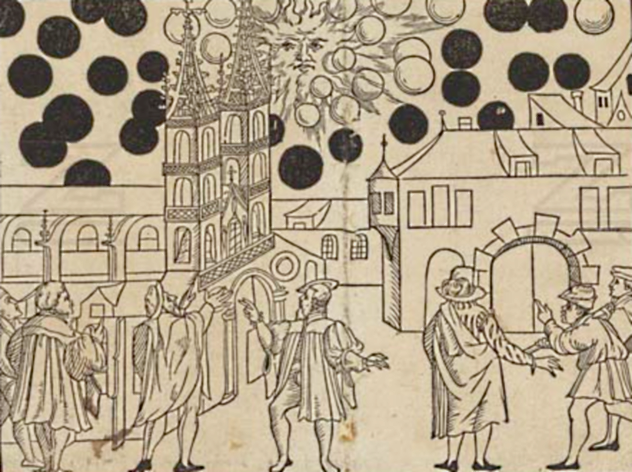 On August 7, 1566, in Basel, Switzerland, not only were many UFOs sighted, but they appeared to be engaged in battle. The incident was recorded by Samuel Coccius, who wrote for the local newspaper.

At sunrise that day, many large, black balls were seen moving at high speed through the air. They collided with each other as if they were fighting. Many of them turned red before fading from sight. The incident lasted several hours before they disappeared, leaving the townsfolk to contemplate what they had just witnessed. UFO investigators and researchers noted that descriptions of how the objects moved were almost identical to modern UFO reports.

A very similar account was recorded by Hans Glaser in Nuremberg five years earlier. The villagers awoke to strange objects in the sky, which then appeared to engage in battle. 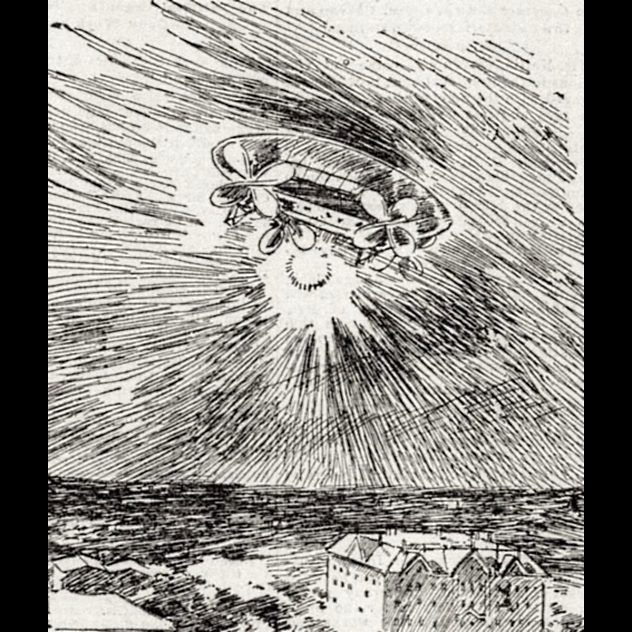 A wave of airship sightings over the skies of North America in 1897 actually began in November 1896 in San Francisco when an airship was seen by hundreds of people traveling “against the wind” and using “searchlights” as it moved through the air. Several hours later, there were further sightings over Santa Rosa and Sacramento that appeared to be of the same craft.

Over the next few months, there were numerous sightings of the strange airships. Although some were later proven to be hoaxes, several sightings were regarded as genuine, with solid and credible witnesses. One particular sighting over the skies of Chicago on April 10, 1897, was witnessed by thousands of people.

By the time these sightings reached Texas, they were more than just sightings. At least one person, John Barclay, was approached by the “crew” of the airship and was asked to buy them supplies and tools. Slightly bemused, Barclay did as he was asked. Before the airship left, Barclay asked one of the men where they were from, to which he replied, “From anywhere, but we will be in Greece the day after tomorrow!” 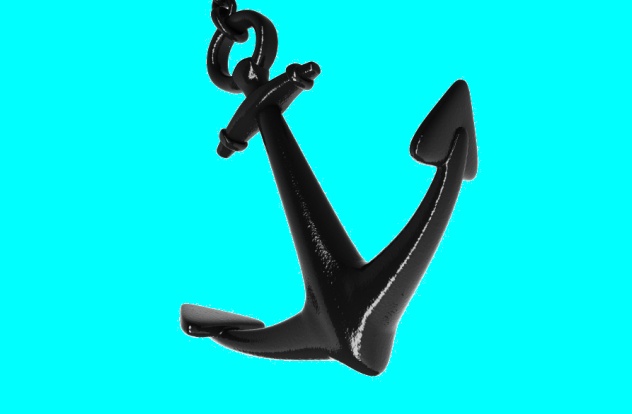 According to the 13th-century text The King’s Mirror, an anchor attached to a rope was said to have fallen from the sky during a Sunday mass in Cloera, Ireland, in 1211. The rope was then pulled taut. It dragged along the ground before becoming caught on the arch of the church. A crowd gathered to witness the event. As they looked toward the heavens to see where the rope came from, they could vaguely make out the hull of a ship.

After 10 minutes or so, a figure was seen exiting the ship, and it made its way down toward the anchor. The figure was said to move like a swimmer diving into water. As the figure noticed the crowd that had gathered, he panicked and headed back to the vessel, cutting the rope before the ship sailed away. The anchor was allegedly put on display in the church.

The story is remarkably similar to one told by chronicler Gervase of Tilbury around the same time. Churchgoers were leaving Sunday mass in an unspecified English village and noticed an anchor caught on a tombstone in the graveyard. Attached to the anchor was a rope that stretched up into the clouds. In this tale, a man also descended the rope, but the villagers grabbed him. The man then died, apparently due to Earth’s dense, humid air. 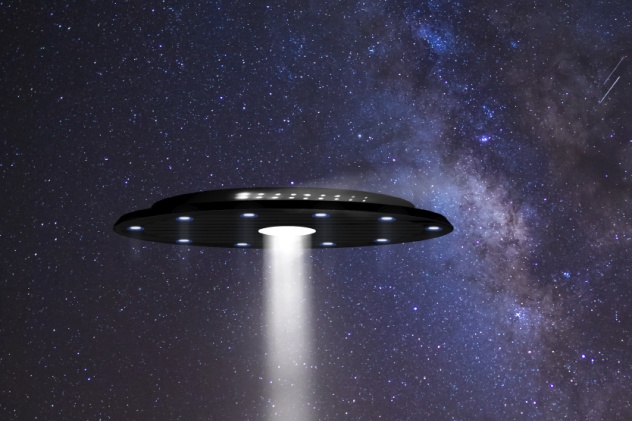 The term “flying saucer” is widely accepted to have been coined in 1947 by a newspaper reporter who heard Kenneth Arnold describe UFOs he saw while flying. The pilot described how the UFOs moved like a saucer skipping over water. Although Arnold himself didn’t use the term, the phrase “flying saucers” began to appear in newspapers across the world shortly thereafter.

However, at least one Japanese fisherman used a similar phrase 800 years earlier, when he and several fellow fishermen were witness to a strange sighting in the night sky. The unusually bright object was described as an “earthen-ware vessel.” The UFO was first sighted coming from Mount Nyoigadake in the Kii province, heading in a northeasterly direction. However, it suddenly altered its direction and sped off over the horizon, leaving nothing but a bright, luminous trail. 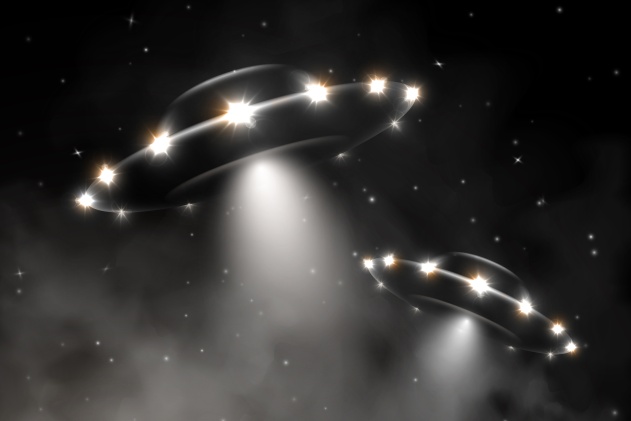 If Japan can make a legitimate claim to the term “flying saucer,” then they may also be able to boast about ordering the first official investigation of a UFO sighting, recorded in the Azuma Kagami (a medieval Japanese text). In 1235, 55 years after the Kii province sightings, General Yoritsune and his troops were encamped for the night when they witnessed strange lights in the night sky.

The display went on for hours, with the lights encircling each other and moving through the sky in loops. Obviously shaken, Yoritsune ordered his most intelligent men to look into the matter and report back to him. Interestingly enough, their findings were very similar to many modern-day “investigations,” in that they assured the general that there was nothing sinister about what they had witnessed. They said it was “completely natural” and simply “the wind, making the stars sway.” 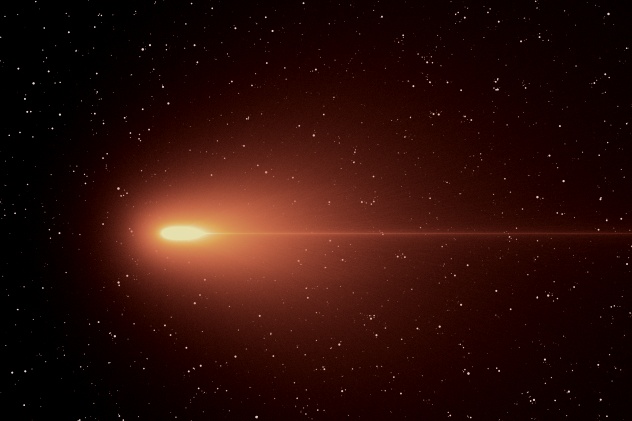 Recorded in the journal of Governor John Winthrop is what is widely regarded as the first documented UFO sighting in North America. Winthrop wrote that a usually “sober, discreet” man named James Everell (along with two others who weren’t named) witnessed a great light in the night sky over the banks of the Muddy River, near Boston.

The witnesses stated that when the object stood still, it “flamed up,” and when it was in motion it “took the shape of a swine.” This would have been the easiest reference that Everell, who was a pig farmer, would have had for what he witnessed. The UFO may have been a cigar-shaped object.

The three witnesses followed the lights for about 1.6 kilometers (1 mi), noting that it was “swift as an arrow” as it moved along, before it disappeared from their view. Winthrop’s account of the incident is only one known to exist.

2 The Great Ball Of Fire Over Robozero
Russia, 1663 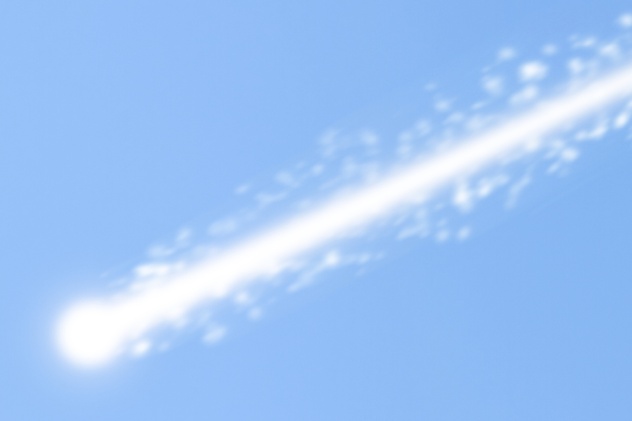 Just after 12:00 PM on August 15, 1663, the majority of the inhabitants of Robozero, Russia, were at the village’s church. They heard the sound of a “great crash from out of the heavens,” causing them to flock outside to see what had happened.

Heading toward them was a “ball of fire” out of the clear blue sky, which had two “fiery beams” in front of it. It moved across the sky, over the church, and out toward the lake, disappearing out of sight.

An hour later, the object reappeared over the lake and moved within 500 meters (1,600 ft) of the villagers before vanishing once more. When it appeared a third time, it filled “all who saw it with great dread,” as this time, it stayed above the village for an hour and a half. Fishermen on the lake were burned by the “fire” that the object omitted as it passed over them, and the whole lake was lit up as if it was rust. 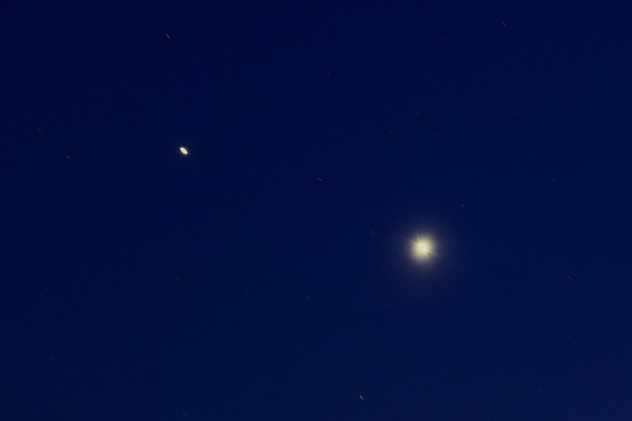 In the early morning hours of June 1, 1853, several students awoke to witness two objects in the night sky above the campus of Tennessee College. One of the objects was described as a moon, the other as a star. While the moon-like object began to grow smaller until it vanished from sight, the other grew larger and then appeared to change form, first into a globe and then into an elongated shape that was level with the horizon.

Professor A.C. Carnes recorded the account in a letter he wrote to the Scientific American:

The first then became visible again, and increased rapidly in size, while the other diminished, and the two spots kept changing thus for about half an hour. There was considerable wind at the time, and light fleecy clouds passed by, showing the lights to be confined to one place.

The students sought answers for what they had seen from Carnes and other professors on campus, but no one could offer a satisfactory explanation. Carnes himself theorized that it could have been electrical energy of some kind, while Scientific American speculated that it could have been atmospheric moisture in the clouds. Officially, however, the incident is still unexplained.

Marcus Lowth is a writer at Me Time For The Mind, which you can also find on Facebook.