We all depend on crops to survive, but even our most modern methods sometimes fail. When that happens, there’s often famine in underdeveloped countries and higher prices in the more developed countries. Farmers tend to stick to the scientific methods of farming, but in other countries, more ancient methods of ensuring good crops have been used.

Many sacrificial harvest ceremonies are no longer practiced, but lately, there has been a rash of ritual sacrifices in India. As many as four bodies were found between 2011 and 2015. Human sacrifice has long been practiced in remote areas of India, though it’s no longer condoned or accepted.

In The Golden Bough, James Frazier wrote of a tribe in India who would sacrifice strangers for their crops. Frazier deemed the sacrifices to be opportunistic, as the tribe did not hunt for their victims, nor did they practice the sacrificial rituals on members of their own community. The sacrifice was not accompanied by a great ceremony. The tribe also didn’t give in to orgiastic feasting, dancing, song, or prayers like many other rituals for crops have done.

9Sacrifices For The Rice Terraces In Hapao 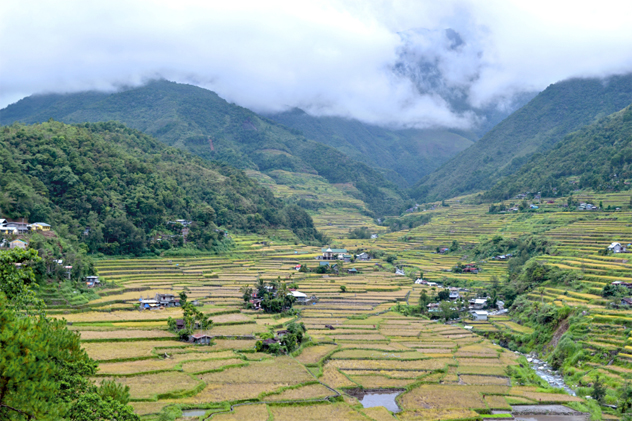 In Hapao, in the Philippines, a complex growing and harvesting ritual is still performed to this day. It is an ancient two-part ritual involving omens and prayers . . . and sacrifices.

The first part of the ritual requires four chickens to be sacrificed. Their blood is drained into a bowl, and their livers and bile are examined for omens. The next day, if all signs from the chickens are favorable, a pig is sacrificed. But before the pig is killed, a sharpened spear is thrust into the ground next to the trussed-up pig. Then, the pig is slain with a sharpened stick. The tribe dances and sings and circles the pig exactly nine times. After the singing and dancing, the tribe cuts up the pig, checks the bile for omens, and removes the intestines for drying. 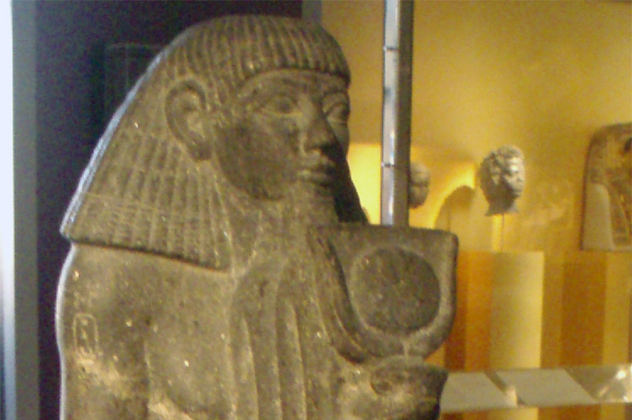 According to The Intrepid Wanderer’s Guide to Ancient Egyptian Goddesses by Zachary Grey and other sources, Renenutet was a goddess and protector of the king’s harvests. Since slaves were responsible for the bounty of the king’s harvest, they were frequently put to death when the crops failed. Naturally, they wanted to make certain to win Renenutet’s approval.

The goddess’s shrine was most often found inside the granaries. Rather than spill blood on the grain, two open-air festivals were celebrated in her honor. One such festival was held during the last month of the winter-spring season when crops were planted. The second celebration was in the first month of the spring-summer season when the plants would begin to ripen.

Depending on their station, people offered everything from beer, wine, bread, and animal sacrifices in order to ensure the goddess blessed them and their land.

7Sacrifices Made To Moloch 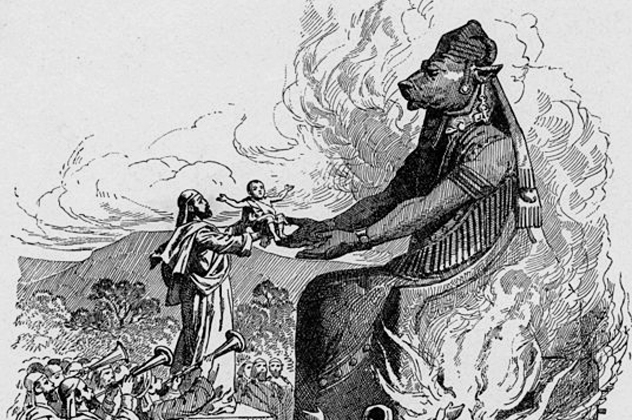 The Canaanites were known to worship Ba’al, or Moloch. While most rituals involving sacrifice to Moloch were not associated with farming, a few of them actually were. It should be no surprise, since the Canaanites were, principally, farmers.

In several texts, including Die Religion der Karthager—which was written in 1816 by Freidrich Munter—the authors concluded that Ba’al and Moloch were the same deity. They also claimed that the sacrifices of children were often done not just to appease the go, himself, but because when famine loomed, only blood would serve to appease the god and sate his appetite.

Moloch was known to be a bloodthirsty god, and his demands for sacrifice were constant. When hunger and drought struck the land, his followers immediately started slaughtering both children and adults, believing that he, in return for being sated, would feed them well. 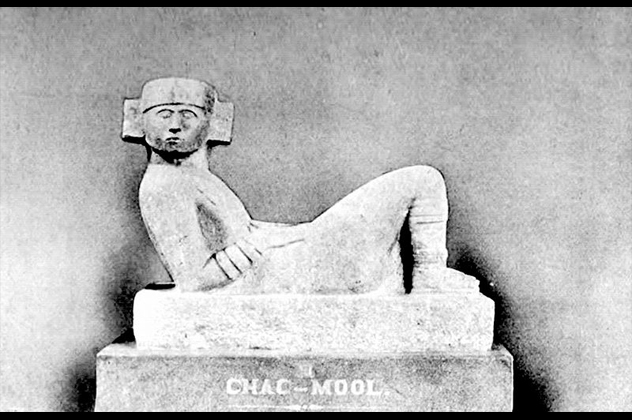 The Aztecs were possibly second only to the Incas when it came to human sacrifice. To the Aztecs, all things revolved around the gods and the Earth. Besides the Broom Festival and other rituals, there was a sacrificial ritual offered up to Tlaloc, the god of rain. The shrine of Tlaloc always held four pitchers containing water. Each pitcher had a very distinct meaning for the crops. It’s a clear indication of just how important water was to the tribe, which lived in such dry lands.

Many were sacrificed to Tlaloc, but children were thought to be especially suited for this sacrifice. To the Aztecs, tears represented rain. Some theories speculated that the sacrificial children were afflicted with physical ailments that would have ensured that they were in constant pain. It would have been such tremendous pain that they would have constantly wept. Putting these children to death was actually a two-fold thing—it served Tlaloc and stopped their children’s suffering. 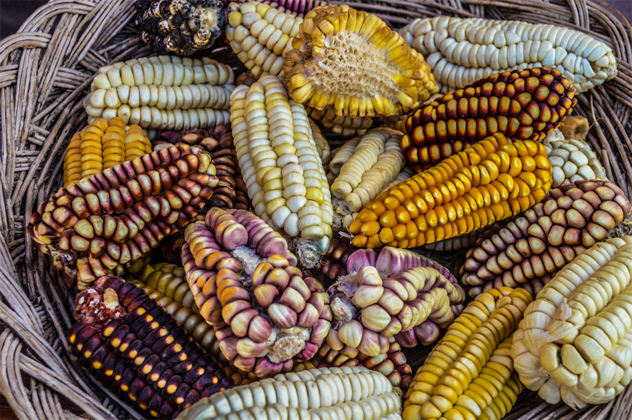 The legends of corn and its deities are many. While many tribes offered blood sacrifice to the gods—especially during fertility rites—the Cherokee Native Americans were among them.

The First New Moon of Spring ceremony (usually held in March) was held for a number of reasons. It began the sowing seasons and was believed to be a harbinger of good crops. The festival was filled with dancing and centered on a sacred fire that was re-lit by the fire keepers. It also called for the sacrifice of a deer tongue to the fire.

In addition, a second ceremony known as the Green Corn Ceremony was held later in the year, when the corn was not yet ripe but still able to be eaten. A deer tongue was the sacrifice, but this time it was sacrificed alongside the kernels from seven ears of corn—an ear for each clan. 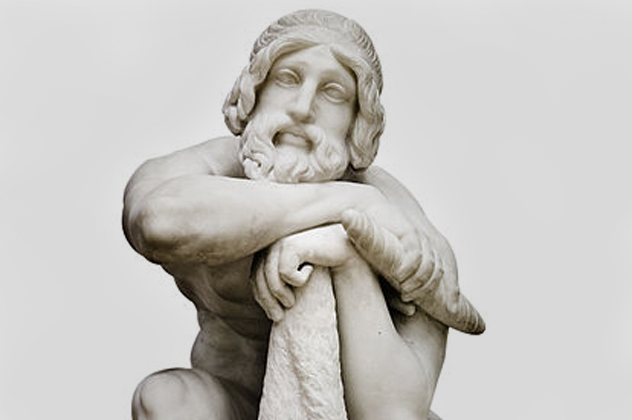 Adam of Bremen wrote Gesta Hammaburgensis ecclesiae pontificum (“Deeds of the Bishops of Hamburg”) sometime around 1073, and in it he attributed the stewardship of the fields to Thor, rather than to Freyr. According to Bremen’s work, Thor received sacrifice in times of great famine and hunger, and the only way to stave off the famines was to feed Thor with blood. Like many other cultures, Bremen asserted that the Norse people believed that the blood appeased the gods. For the most part, being a sacrificial victim was a high honor for those chosen.

The feasting and sacrifices continued for nine days, and each day, a man and two animals were presented for the sacrifice. Bremen only mentioned dogs and horses in the texts, so there is no way to know what other species were sacrificed. Unlike other sacrifices that often called for bloody deaths, these sacrifices to Thor were carried out by hanging the victim in a tree of a grove that was considered sacred. 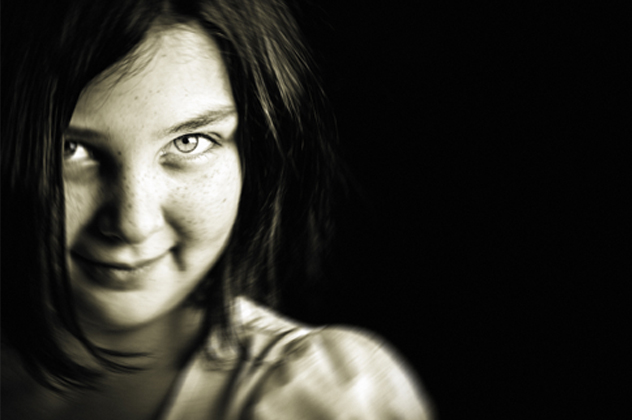 Known to be a fertility goddess who required blood, Anna Kuari has several myths surrounding her. It was said that when someone worshiped Anna Kuari, she would appear to them in the form of a small child and move into their house . . . until she got weary of them. Soon after, she would kill them and move on to the next household that called for her powers.

Frazier’s book, The Golden Bough, tells us that Anna Kuari’s sacrifices included humans and animals and were rumored to be ongoing. The victims were strangers—not taken from the village—probably to keep the ruling British class from noticing the disappearances. Those who worshiped her believed that she would double their grain. But first, they had to offer up a sacrifice and rub a small statue or amulet of the goddess across the grain. 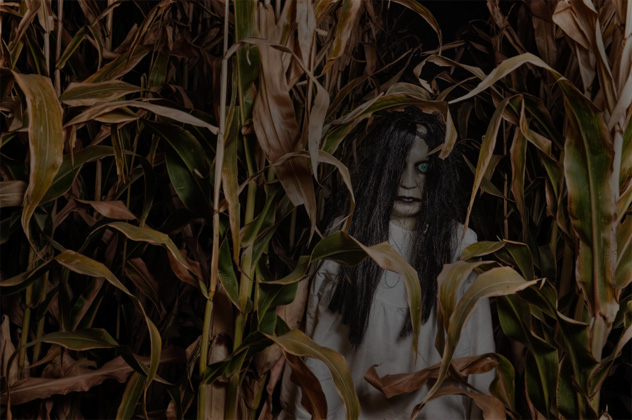 The Golden Bough also tells us that in ancient Europe, it was widely believed that the Corn Spirit lurked among the rows, hiding from view until he was forced out by lack of cover. It was also believed that the last reaper on the field had to be the sacrifice for the god—so everyone did the best work they could as fast as possible in order to not be the last one in the field.

When the Corn Spirit had nowhere else to hide in the field, he would seize the body of the person who cut the last sheath to continue to live. By killing that last reaper themselves, the farmers put the spirit to rest until the next season. While the human sacrifice had ended by the time Frazier wrote about it, it was a common practice for reapers to hold contests to finish first. 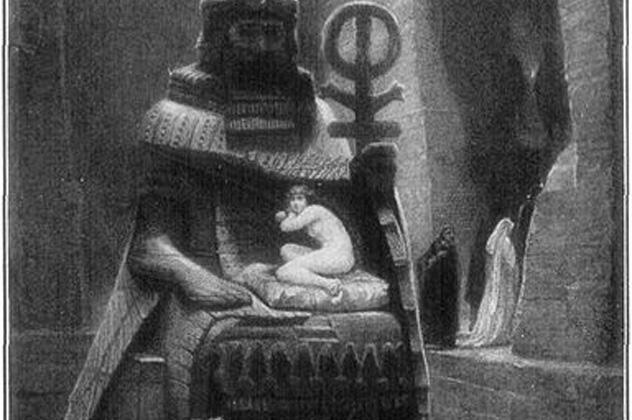 In ancient times, the saying “making it rain” took on a whole different meaning. Sacred prostitution began as a way to show adoration to the gods and goddesses. To engage in both earthly and bodily fertility was a way of expressing gratitude to the gods for the gifts they had given—as well as a way to continue to earn their favors. Causing Moloch to become aroused meant helping him to release his mighty seed so that it would spurt forth in the form of rain and water their crops.

Having sex (implanting a seed within a “field” of flesh) was to re-enact the sowing of the Earth. Ancient farming communities, who worshiped deities, saw the consequences of sex and pregnancy as something akin to crops—the full stomach represented the growing of harvests, and the reaping of sex, birth, and farming were all very much intertwined. This type of sexual activity was considered a sacrifice as well as a fertility rite.

Angela Hamm is a coffee-addicted bad gardener whose neighbors wish she would stop trying to grow things. Angela has not tried human sacrifice to bolster her crops.