Environmentally conscious behaviors from humans usually help the environment, or so logic would tell you. While this can be the case, some actions done with the best of intentions for the environment backfire in strange and unexpected ways. 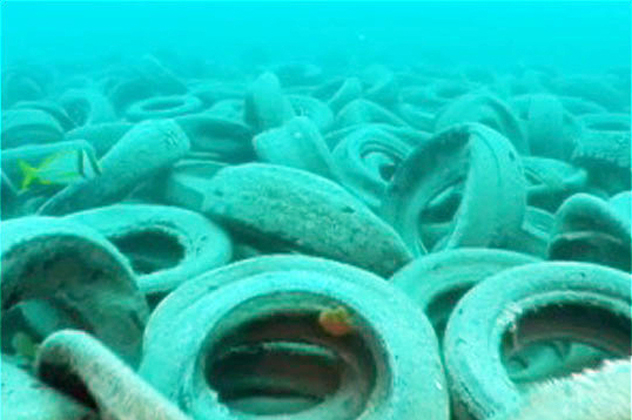 In 1972, it seemed like it would be a great idea when 700,000 old tires were dropped off the coast of southern Florida in an effort to create an artificial reef. The theory was that the bundled-up tires would attract fish and serve as a base for coral growth. However, the tires broke apart and started killing off established coral reefs, as well as cluttering up the ocean. The underwater landscape full of tires has been shocking divers for decades.

A cleanup effort started in 2007, and divers managed to remove 62,000 tires from the ocean floor. The project has since been stalled because the divers were needed to clean up natural disasters elsewhere, including from the Haiti earthquake. Although Florida planned to remove a further 90,000 tires, that would still leave more than 500,000 tires on the ocean floor. As the cleanup slowly continues, the tires are becoming harder to remove as they have spread away from their initial bundles. 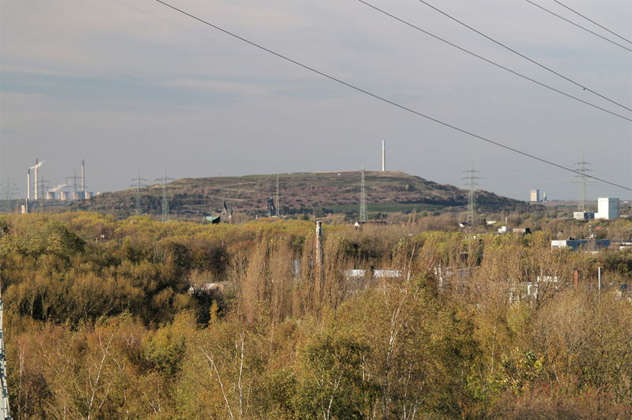 When the Fukishima disaster occurred in 2011, anti-nuclear sentiment spiked in many countries, including Germany. German politicians scrambled to respond to public sentiment and promised a nuclear-free Germany by 2022. The result has been, paradoxically, that carbon emissions from Germany have spiked. Coal is the only source reliable enough to replace nuclear power on a large scale in the medium term, with 44 percent of Germany’s power coming from coal-fired power plants in 2014.

Germany has been unable to transition away from coal. This is not just due to the power demands of its industries, but also because of a powerful coal lobby. New coal-fired power plants are being built in Germany, and Germans are being slugged with higher electricity prices to support renewable energy under Germany’s current “Energiewende” policy. 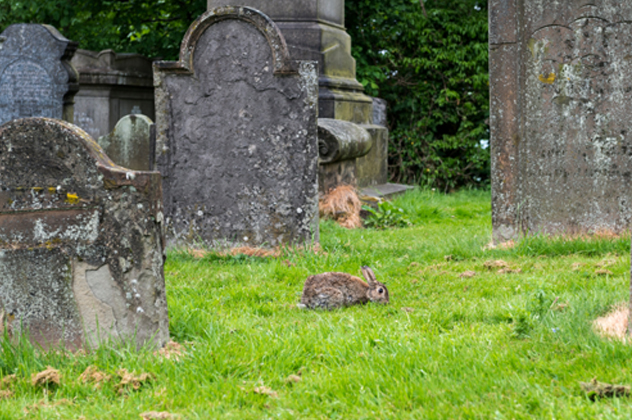 In the early 2000’s, the Scottish island of Canna spent more than £500,000 getting rid of their rat infestation. With almost 10,000 rats on the small, seven-kilometer-long (4.5 mi) island, the island’s population of local birds was being decimated. Exterminators were brought in from New Zealand, and thousands of traps were planted by hand around the island. In 2008, after two years of waiting and observation, the entire island was declared rat-free.

But with the rats now gone, the rabbit population has exploded. Thousands of rabbits are now burrowing so much that they are destroying ancient archaeological artifacts and threatening people’s crops. The rabbits had been kept in check by the rat infestation, but now the only predators they have are sea eagles, which don’t kill many of them. The inhabitants of the island have responded by turning the rabbits they catch into food, but they simply can’t eat enough to solve the infestation issue. 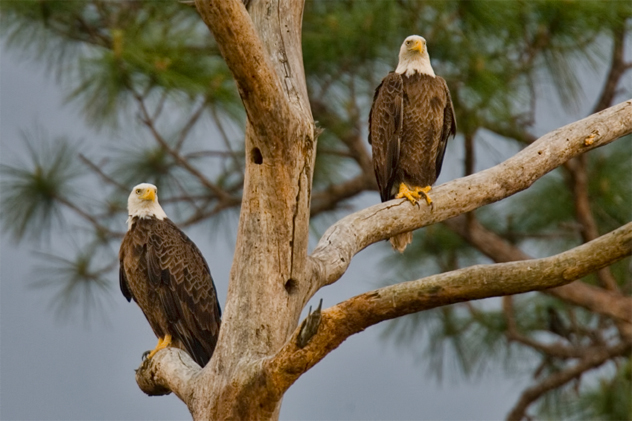 On March 6, 1989, a massive anti-poaching raid was launched in southern Colorado and northern New Mexico involving hundreds of ATF officers supported by aircraft. Sweeping through towns straddling the state borders in the San Luis Valley, law enforcement officials arrested hundreds of people and charged them with illegal poaching. This was the end result of a two-and-a-half-year-long sting operation to identify poachers in the region. Unfortunately, that sting operation actually created the poaching problem in the first place.

The sting played out like this: A US Federal agent posing as a taxidermist became friendly with San Luis locals and spread the word that he was interested in the pelts of animals that could be poached in the valley. Being one of the poorest areas in the United States, locals jumped on the opportunity to make money, especially when the agent promised to pay up to $300 for an eagle and $200 for an elk. One man was charged with counts of poaching multiple bald eagles, but poaching just one bald eagle would have been enough to put the man in jail. There was no need for the operation to have run for as long as it had—over 850 animals were killed before the massive raid. 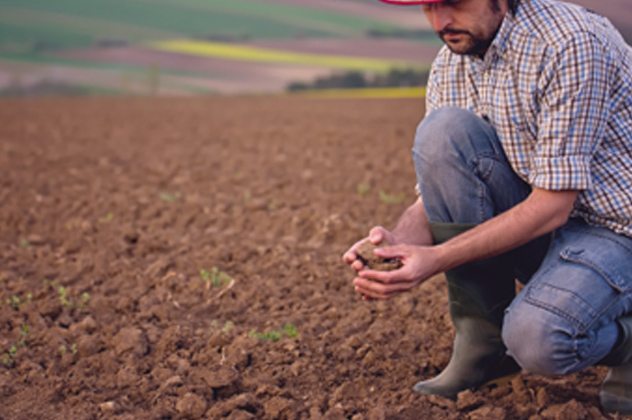 English grasslands are arguably an English icon and have inspired generations of artists and writers. Unfortunately, the pastures and meadows that characterize English grasslands are in a seemingly terminal decline. This is compounded by the fact that many grasslands are no longer protected as local wildlife sites because the species that used to live there are now gone. The situation has been caused by both new development and changes in agricultural practice, as well as simple neglect. Budget cuts affecting the United Kingdom wildlife watchdog have not helped either.

The result is that 98 percent of meadows have been lost to farming as of 2014. The EU announced in 2012 that it wanted to protect English grasslands. However, instead of halting the decline of the grasslands, the opposite happened. Farmers started deliberately destroying their meadows before any EU rules could come into effect. The number of applications by farmers to plow grasslands doubled that same year. 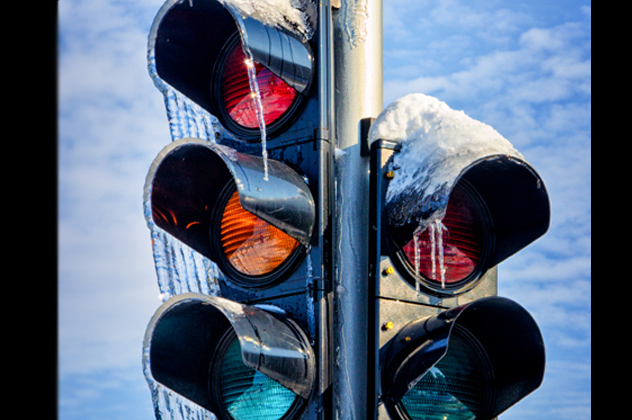 Many towns across the United States have switched from incandescent light bulbs in traffic signs to LEDs. LEDs typically last longer, are more energy efficient, and are brighter. This would seem to be a perfect combination for a traffic light, except for one thing—LEDs don’t give off heat. When there was heavy snow in the winter, snow buildup on the traffic lights caused fatal car crashes because snow had built up and obscured the traffic light.

Installing heaters on the traffic lights would have solved the problem, but would have also wiped out a significant proportion of the savings from switching to LEDs in the first place. Small towns resorted to using long sticks to knock snow off the LEDs and later installed expensive shields to keep snow from building up on the lights. Despite the precautions, accidents continue to happen . . . and people continue to lose their lives.

Low emissivity, or low-e, windows are coated with a layer of metal oxide. This makes them more energy efficient than ordinary windows because they reflect sunlight and are better able to retain energy. These types of windows are quite popular, and some local jurisdictions have made them mandatory for new buildings. But they have an unexpected drawback—they are so reflective that they can focus sunlight and melt things.

The exteriors of homes across the streets are being melted. Cars parked in the street have had their side-view mirrors melted. Even garbage cans pay the price. Some hotel guests in Las Vegas have also been burned by the reflection from low-e windows. The problem is now endemic in the United States. There is very little talk of any kind of solution, and it’s leaving homeowners with little recourse when their houses’ exteriors are melted out of shape. In response to the widespread damage, manufacturers have gone so far as to add exceptions to warranties for damage caused by window reflections.

Coal mining in Australia’s outback has caused massive cracks in natural rock formations and subsidence of the ground in some places. In 2012, the mining company Glencore Xstrata attempted to repair some of the cracks by laying concrete over them to stop the subsidence. One attempt used 12 concrete trucks’ worth of grout to repair a crack in a ridge, a plan which backfired spectacularly. The contractors didn’t realize that the concrete they were pouring in was spewing right out of the bottom of the ridge and into a creek. The result was that nearly 400 meters (1,300 ft) of the creek was cemented over and destroyed.

In 2015, three years after the damage had been done, Glencore Xstrata was finally convicted of two breaches of environmental law—with a maximum fine of $2.1 million AUD. However, the company was fined a mere $120,000 AUD, a slap on the wrist. 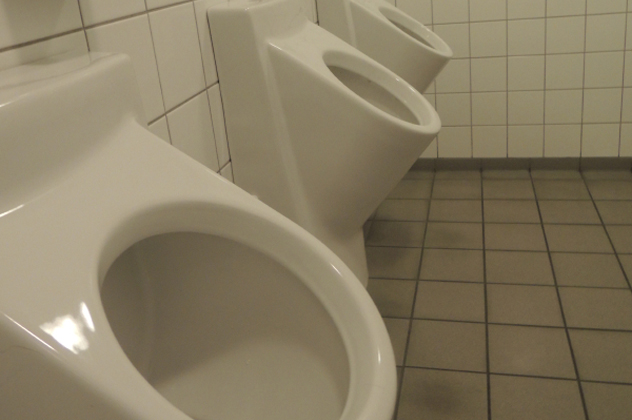 In 2010, Chicago installed waterless urinals in their city hall to reduce water usage. But they soon had to rip out the waterless urinals and reinstall flush ones at a considerable cost. The urine had corroded the copper pipes that drained the urinals and caused urine to accumulate behind the wall of the bathroom. Noxious odors had wafted up into the city council chambers. It didn’t help that people would pour other fluids, such as coffee, down the urinals as well.

When the waterless urinals were first installed in bathrooms, janitors didn’t know how to maintain them or that they required different cleaning mechanisms from flush urinals. They also didn’t know that, in certain designs, the cartridges inside them needed to be changed regularly. With increased awareness of the maintenance needed for waterless urinals, along with hybrid urinals that flush small amounts of water occasionally, waterless urinals are a lot more common now. 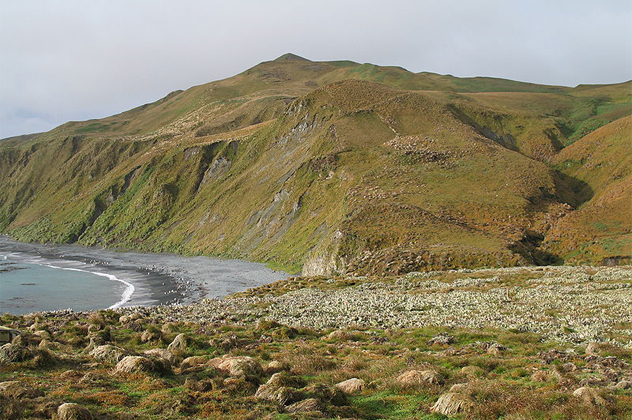 In 2007, a massive project was initiated to eradicate rats and rabbits from the island and continued for seven years. In 2014, the island was finally declared rat and rabbit free when none had been seen in the previous three years.