Endangered languages have been in the news recently with the launch in February of UNESCO’s electronic edition of its Atlas of the Worlds Languages in Danger. According to UNESCO, half of the 6500 languages spoken today are in danger of disappearing before the century ends. Hundreds of languages have already died, some of these long ago and with no fanfare, but sometimes the death of a language is recorded and we know exactly who last spoke it. It is these people I’d like to honor. This list is in no particular order and is not an exhaustive list, but I think it is representative and shows that language death is not restricted to one part of the world. The people below came from all walks of life and, some seemed indifferent or unaware of their status, while others became campaigners and tried to pass their knowledge onto others. It is interesting that many of those in the latter category lived long lives, almost defiantly trying to battle the inevitable. 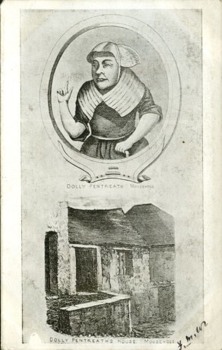 According to her gravestone, which can still be visited today, Dolly Pentreath was the last known speaker of Cornish. Dolly, who only learned English as an adult and whose last words reportedly were “Me ne vidn cewsel Sawznek!” (“I don’t want to speak English!”), had a fierce reputation and was known for smoking her pipe and using profane language. Some thought her to be a witch. There is some controversy as to Dolly’s status as the last known speaker of Cornish, with some arguing that John Davey who died in 1890 should have that honor, others stating that Cornish has never really died out.

Fun Language Fact – Efforts to revive Cornish have been moderately successful and Cornish gained official recognition under the European Charter for Regional or Minority Languages in 2002, and in 2008 a Standard Written Form was agreed upon. 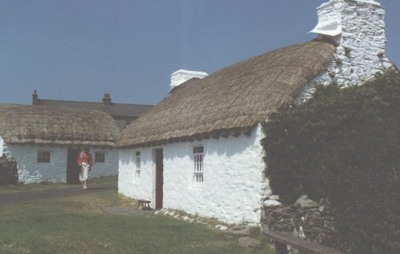 As with Dolly Pentreath, there is some controversy as to Ned Madrell’s status, however he deserves credit for the role he played in linguistic preservation. Ned, a fisherman from Cregneash, travelled far and wide but spent his last decades on The Isle of Man teaching younger revivalists and recording his conversations to preserve the language. He is remembered as being a cheerful man who was proud of his minor celebrity status.

Fun Language Fact – There have been efforts to revive Manx since Ned Madrell’s death and there is now a primary school, Bunscoill Ghaelgagh, where children are taught solely in Manx. 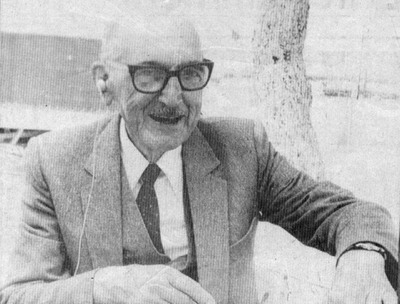 The Ubykh language is a North Caucasian language originally spoken along the shores of the Black Sea until its speakers were forced out by the Russians. They eventually settled in Turkey, and it was there that language died. Tevkik Esenc was an intelligent man who spoke several languages and he worked with linguistics to record the language as he was well aware of his status as the last speaker. Some of these recordings are available on Youtube.

Fun Language Fact – Ubykh was in the Guinness Book of Records for being the language with the most number of consonants. 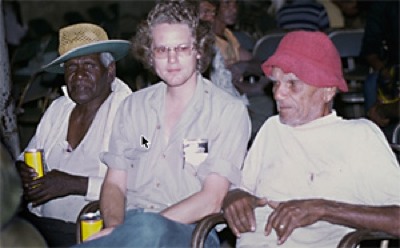 Little is known about Alf Palmer or Jinbilnggay as he was known in his native language. He was born and died in Townsville, Queensland, Australia and, like many on this list, was keen to play his role in trying to preserve the language. He worked with linguists from Japan and Australia and proved inspirational in alerting linguists to language loss. He is pictured on the left above.

Fun Fact – These very linguists returned to Townsville a few years ago and are working with Alf Palmer’s descendants in attempts to revive the language. 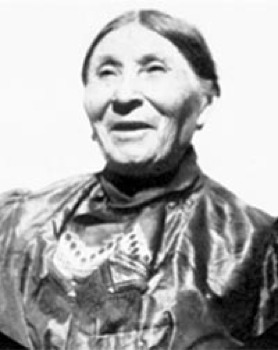 Fidelia Fielding or as she called herself Dji’ts Bud dnaca (Flying Bird) is remembered as being something of a loner who kept to herself. However she should not be dismissed and she is an important and respected figure in the history of the Mohegan people. She was one of the last people to live the traditional Mohegan lifestyle and she mentored Mohegan anthropologist Gladys Tantaquidgeon. After her death, four of her diaries were found. These are now housed in the Museum of the American Indian in New York City and have been studied in efforts to revive the language.

Fun Fact – On May 24, 1936, an estimated 1,000 people gathered at the Ancient Burial Grounds of the Mohegans, Fort Shantok State Park in Montville, to pay tribute to “Flying Bird”. 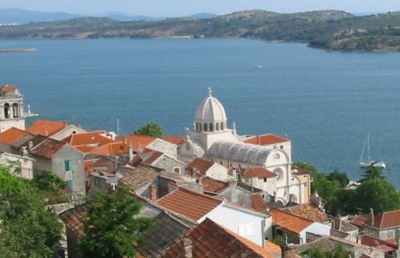 Tuane Udaina was not actually a native speaker of Dalmatian. He picked it up from secretly listening to his parents’ private conversations. Despite this, and the fact that he was deaf and had not spoken the language for 20 years, he was approached by linguist Matteo Bartoli in 1897 to try to record the language. Previous documentation of the language dated from the 13th – 16th century. Sadly, Bartoli’s original work (in Italian) was lost, existing only in a German translation, until 2001 when it was re-translated into Italian. Udaina himself also met an unfortunate end, being blown up by a landmine on 10th June 1898.

Fun Language Fact – Dalmatian, a Romance language with some similarities to Romanian, was spoken in the Dalmatia region of Croatia, with each town having its own different dialect of the language. 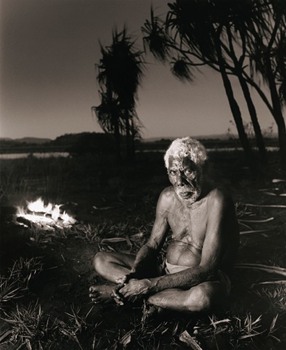 Big Bill Neidjie was always something of a local legend. He was born on the East Alligator River in Northern Territory, Australia. He had a traditional upbringing and was taught to hunt by his father and grandfather. He was known throughout for his physical strength and physique as well as for his commitment to conservation issues and the rights of indigenous Australians. His fame grew when he was featured in National Geographic Magazine in 1988 and he was awarded the Order of Australia in 1989.

Fun Language Fact – Like a number of indigenous Australian languages, in Gagudju it was taboo to discuss traditional secrets, passed from generation to generation, with outsiders. When Bill became aware of his fate, he faced the dilemma of breaking taboo or letting his culture die completely. He chose to break taboo and pass the secrets on to a select number of people. 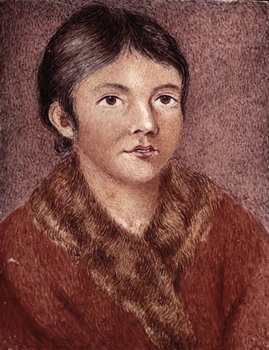 Last known speaker of: the Beothuk language (and last member of the Beothuk)

Considered one of the most notable people from Newfoundland, Shanawdithit had quite a sad short life. Having lost most of her family either to TB or attacks from the British, who regarded her people as thieves, she spent the last few years of life working as a servant before also dying of TB. Shanawdithit was taught some English by the philanthropist William Epps Cormack, in whose house she spent some time. She proved talented at drawing, and it is through these that we know about the lifestyle of the Beothuk. There is a sad postscript to her life, her skull was taken to the Royal College of Physicians in London, where it remained until it was given to the Royal College of Surgeons in 1938. Unfortunately, her skull was destroyed and lost during the Blitz. The rest of her remains are buried in St John’s, Newfoundland.

Fun Language Fact – There is debate as to whether Beothuk is a language isolate, unlike any other, or whether it is related to Algonquian languages spoken in Quebec and Labrador. 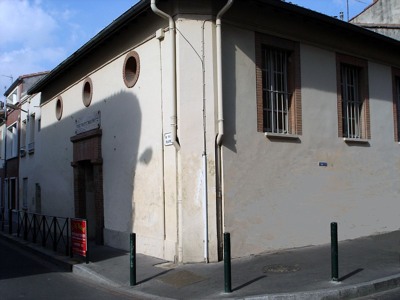 Writer, librettist, philosopher and teacher, Lunel was born in Aix-en-Provence, France, where his family had lived for centuries, but later moved to Monaco. His writings were in French and he wrote about everyday Jewish life in Provence. 1968, a recording was made of Lunel singing in his language but he died before another recording could be made.

Fun Language Facts – The origins of Judeo Provencal are something of a mystery to linguists, documents in the language go back to the 11th century. Its use declined rapidly after the French Revolution. 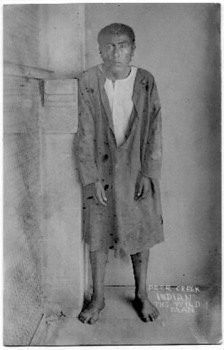 Last known speaker of: the Yana language (and last member of the Yahi)

Of all the things we know about Ishi, his name isn’t one of them. Ishi is simply a pseudonym meaning “man” in Yana, the language of the Yahi. It was considered taboo in in Yahi society to say ones own name, so Ishi’s real name died with him. His story – that he went into hiding after his family was killed, before being found by a group of butchers- has continued to intrigue. Documentaries, films and stage plays have all been made about him and many aspects of his life are still contested. Sadly, Ishi did not have the long life that others on this list have enjoyed, dying of tuberculosis in 1916.

Fun Language Fact – Thanks to linguist Edward Sapir, who worked with Ishi, Yana is relatively well documented compared to other extinct American languages. 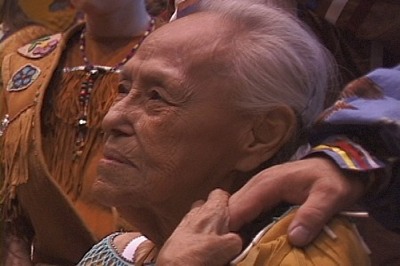 When Marie Smith Jones died early last year she received obituaries from respected sources all round the world, perhaps indicating that language death is not just an interest of a few linguists. Smith, the last full-blooded Eyak, only really became politically active after the death of her sister in the 1990s made her the last speaker. She had declined to teach her children the language because of social stigma attached to it. However in her later years, she helped work on an Eyak dictionary, became active in environmental concerns and twice spoke at United Nations on peace and indigenous languages.

Fun Language Fact – Eyak was originally spoken near the mouth of the copper river in Alaska. It has now become a symbol in the fight against language death. It is the first known native Alaskan language to become extinct. 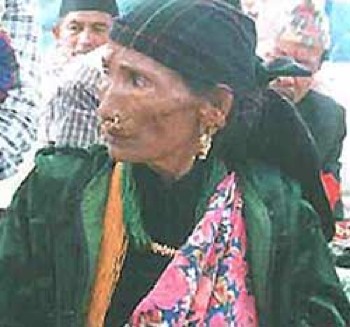 Coincidentally, mere days before Marie Smith Jones died, British news sources made us aware of the plight of 82-year old Soma Devi Dura, the last know speaker of the Dura language of Nepal. Soma Devi Dura is partially blind, deaf and in failing health but is described as being a rich source of songs and folklore in the Dura tongue. Kedar Nagila, who is studying for a PhD in Nepalese languages has been working with Dura and trying to get her medical help. As of April 2008, Dura was still alive, but news of her since then has dried up.

Fun Language Fact – Dura is one of over 120 languages spoken in Nepal, but due to a “one-nation, one-language” policy instituted by the Shah dynasty, up to 96% of these are threatened with extinction.