Controversy caused by milky goodness in a bowl? While it may sound silly, something as simple as an everyday breakfast choice can be the cause of disputes. From lawsuits to popular mascots coming under fire, breakfast cereal of all things has been a cause of controversy over the years. So pour a bowl, munch up, and read on to see 10 controversies caused by breakfast cereal.

For those who aren’t big sport fans, Flutie Flakes are likely not a cereal you have heard of. Flutie Flakes were created in 1998 for the Buffalo Bills starting quarterback at the time, Doug Flutie. His success made these frosted corn flakes sell well, and a portion of the profits went to the Doug Flutie Jr. Foundation for Autism in honor of his son.

However, controversy brewed after the Miami Dolphins took down Flutie’s team in a 1998 playoff game. Then coach Jimmy Johnson took a box of Flutie Flakes and poured them on the floor, inviting his team to stomp on them in celebration. Flutie was less than happy and said that it was equal to them stomping on his son. The Dolphins stomping on a cereal made to help those with autism was also not well received by the public. The coach was eventually forced to give an official apology, and the cereal has been controversy-free since. 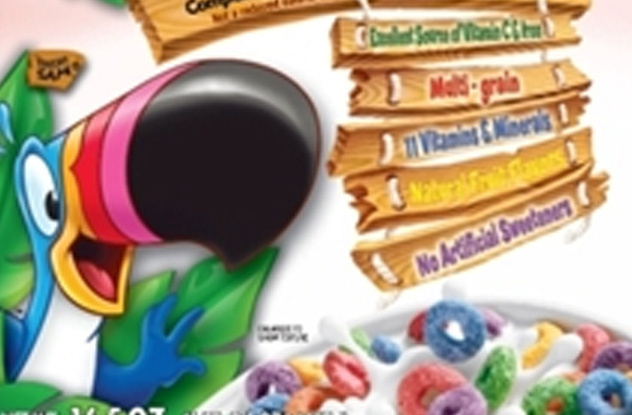 What do a golf equipment manufacturer and a cereal company have in common? Toucans as mascots!

Toucan Golf Inc. registered its “Lady Golfbird” mascot in 1994 and likely didn’t expect a cereal giant to be knocking at its door. However, in 2003, Kellogg’s took to suing the company.

They ultimately lost the suit. The judge decided, “TGI’s use of the word mark ‘Toucan Gold’ does not create a likelihood of confusion among consumers, principally because TGI’s use of its mark is in an industry far removed from that of Kellogg. Also, TGI’s toucan logo, as a realistic toucan design, does not create a likelihood of confusion with Kellogg’s more cartoonish ‘Toucan Sam’ designs.”

Toucan Sam has other another rival as well with the mascot for the Maya Archaeology Initiative. A lawyer from Kellogg’s sent a letter to the small non-profit looking for a settlement so that the group has limited use of their logo. After much arguing, eventually the two groups came together in 2011 to form a charitable partnership.

One of the most famous and classic cereals of all time came under fire in 2013 after two commercials for the cereal featured an interracial couple. The original video contained so many negative comments on YouTube that the company disabled comments, and now the video has been made private and is no longer available for viewing.

Many disagreed with the negative comments, however. Celebrities such as Alexandra Burk, Beschelle Lockhart, and many other took to Facebook in support, and the Cheerios company itself stood firm in its choice to air it on TV. Camille Gibson, the Cheerios vice president of marketing at the time, has this to say : “Consumers have responded positively to our new Cheerios ad. At Cheerios, we know there are many kinds of families, and we celebrate them all.”

Eating Frosted Mini Wheats could increase a child’s attention span by 18 percent, according to a clinical study? This was the claim made in a commercial, for which Kellogg’s would have to pay a four-million-dollar settlement.

The ads \ ran from 2008 to 2009 and were found out to be incredibly misleading, as discussed by Pulitzer Prize–winning journalist Micheal Moss in his book Salt Sugar Fat: How the Food Giants Hooked Us. “The truly remarkable aspect of the campaign,” wrote Moss, “is that the company study, even if taken at face value, did not come close to supporting the claim in its advertising. Half of the children who ate bowls of Frosted Minis showed no improvement at all on the tests they received to measure their ability to remember, think, and reason, as compared with their ability before eating the cereal. Only one in seven kids got a boost of 18 percent or more.”

These claims, along with the fact that 51 percent of parents surveyed “were not just certain that the claim about attentiveness was true, they believed that it was true only for Frosted Mini-Wheats” led to a class action lawsuit. While Kellogg’s denied it did anything wrong, they still agreed to the four-million-dollar settlement. 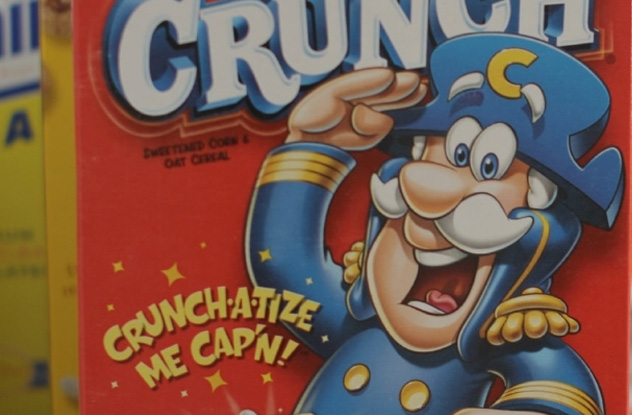 This controversy is rather silly but got news coverage and was even covered by CNN.

In June 2013, a food blogger looked at the uniform of Captain Horatio Magellan Crunch (yes, that’s his full name) and noticed that it had only three stripes on its sleeves, while a traditional naval officer’s has four. The controversy came to a head when Lt. Cmdr. Sarah Flaherty, a US Navy spokeswoman at the time, commented on the situation: “You are correct that Cap’n Crunch appears to be wearing the rank of a US Navy commander. Oddly, our personnel records do not show a ‘Cap’n Crunch’ who currently serves or has served in the Navy.”

With the 50th anniversary of Captain Crunch happening, it’s no surprise the captain himself took to Twitter to deny these allegations. He claimed that by being the captain of the SS Guppy that he had the right to call himself a captain. Amid all the silliness, it was even considered that Captain Crunch could potentially be violating the Stolen Valor Act, but according to his official biography, he was born on Crunch Island in the Sea of Milk, which likely is not under US jurisdiction.

5Spiderman, Mercury, And Cereal. Oh My! 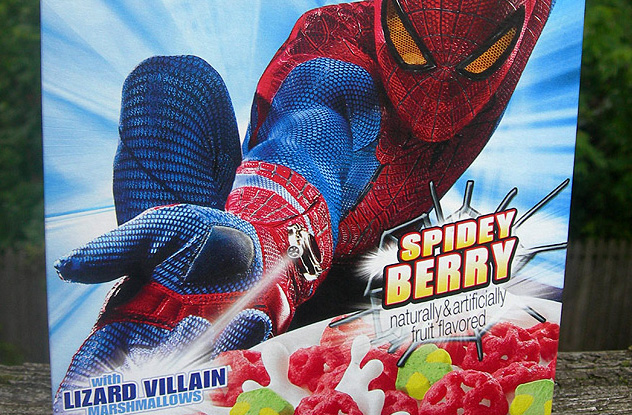 About 17 million “Spidey-2 Signal” toys were shipped out in a 2004 Kellogg’s promotion. This doesn’t seem all too controversial until it is also mentioned that these toys contained non-replaceable mercury batteries. With mercury not only being poisonous but also very hard to dispose of safely, this caused a stir among ecofriendly and concerned parents.

At the time, Kellogg’s was legally allowed to do this, but Governor George Pataki responded by signing a bill into law banning mercury-added novelty products in the state of New York. Though the toys themselves did meet all of the federal safety standards at the time, Kellogg’s agreed to stop having mercury involved with any of its toys after the Spider-Man promotion. “We are taking this action to go beyond what is required by law to address an issue important to our consumers and the environment.” said Celeste Clark, a spokesperson for Kellogg’s, on the subject. 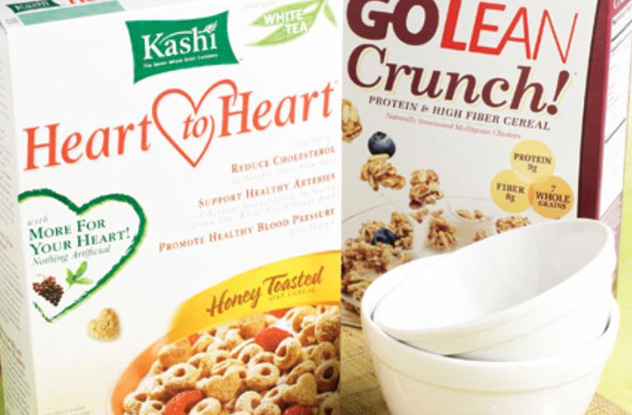 A scientific study and a small town grocery in Portsmouth, Rhode Island, stirred up controversy as well as food panic around another Kellogg’s brand, Kashi, in 2012. The self-touted all-natural cereal brand was found to have GMOs in their cereals, which were farmed with pesticides. These were deemed by much of the public to not be “all natural” as claimed, leading toseveral lawsuits.

Kashi tried to quickly debunk some of those claims against them with a now-removed video. This ended up backfiring when a rebuttal from The Cornucopia Institute was released showing how Kashi was yet again being very misleading. Eventually, Kashi was pressured into an initiative to be Non-GMO Certified by 2014 and to make all new foods introduced to the Kashi brand have at least 70 percent organic ingredients starting in 2015. 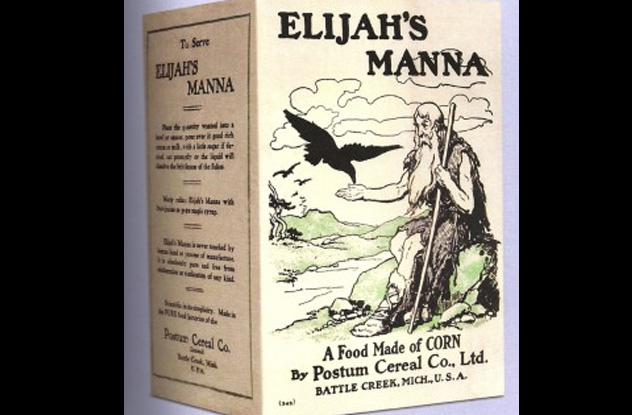 Cereal controversy has gone on as far back as the 1800s.

Seventh-Day Adventist Dr. John Harvey Kellogg and his brother, Will Keith Kellogg, were trying to develop a food that went with their church-recommended vegetarian lifestyle to feed patients at their sanitarium. They would not go on to officially market corn flakes until 1906, which allowed a former patient, C.W. Post, to take his own stab at the idea.

After C.W. Post finished creating Grape Nuts, he decided to try his own take on corn flakes that he would call Elijah’s Manna. This began a major controversy, with clergymen denouncing the product as sacrilege, and Britain even barred it from being imported into the country. Though Post tried to defend his brand, he eventually gave in, and in 1908, the cereal went on to become Post Toasties. 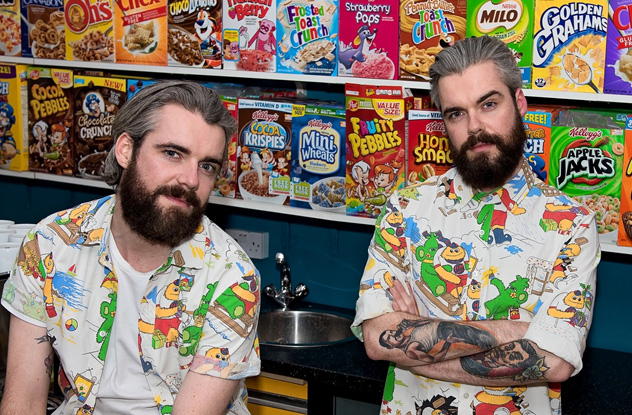 A London cafe that only serves breakfast cereal—it may sound strange, but it was a creative plan of the twin Keery brothers and became very successful after opening, selling over 120 varieties of breakfast cereal for about $4.50 a bowl. While this seems a peaceful enterprise, it sparked a large protest with people wearing pig masks, carrying lit torches, and writing the word “scum” on the windows of the store as customers cowered in the store basement.

The protest was against gentrification, a trend that increases property values in areas and displaces lower-income families and poorer businesses. Gary Keery, one of the owners of the store, was baffled by the altercation. “It is a bit weird,” he said. “I don’t see us as hateful people—but a lot of people seem to.” The cafe is still going strong today, and no other protests have occurred.

1Tony The Tiger Gets Sexually Harassed 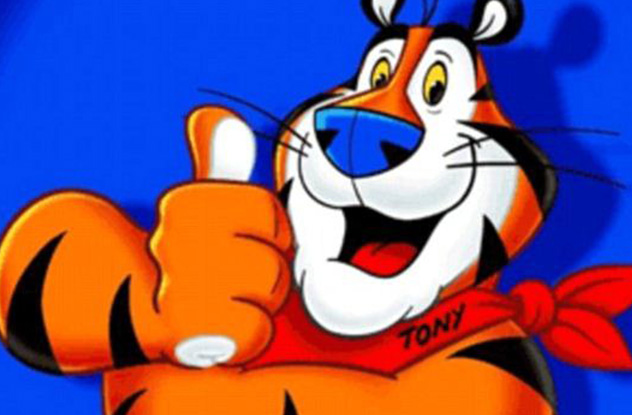 Can a breakfast cereal mascot sue for sexual harassment?

The official account eventually commented on the situation, saying, “I’m all for showing your stripes, feathers, etc. But let’s keep things gr-r-reat—& family friendly if you could. Cubs could be watching.” Many furries also denounced the actions of those few community member who had done the harassing, and there hasn’t been a problem for the cereal mascot since.

Linnea Capps in an eSports enthusiast with a love of unique and random trivia and history facts. She can be found on her Twitter account, where she talks about her life, running a competitive gaming team, and more.