Reports from the 1800s and early 1900s about the abuse of patients in insane asylums are enough to make the strongest person want to vomit. The patients were often kept in the most horrendous conditions and, in some cases, were treated far worse than any mistreated farm animal.

Even worse, the asylums fought back against the charges, claiming that none of the accusations against them should be believed because the patients were already insane. Newspapers took sides on the issues, with some papers reporting on investigations into horrendous forms of abuse and other papers saying that it was all just slander. Of course, the institutions wanted to protect themselves, but they did it at the cost of human suffering and, in many cases, committed murder. 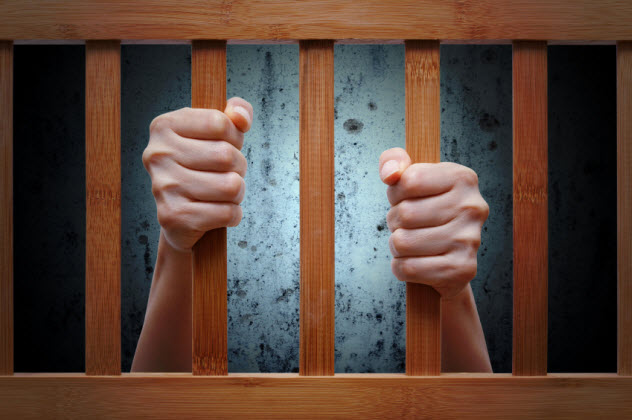 Imagine being poor and labeled insane in the 1800s. What were your chances of being treated with dignity and offered real help? Pretty much zilch. In 1874, The Carbon Advocate, a newspaper published in Pennsylvania, reported that the insane poor were severely mistreated “in certain county almshouses.”

There were no sanitary measures (bathrooms), and people who were deemed insane were kept in wooden cages. In one case, there was “an agricultural laborer, clad in rags.” He was described as a quiet man who did not have violent outbursts. Yet he was locked up in a wooden cage for 18 months with straw strewn on the floor, probably for bedding. Some of the other inmates had little to no clothing, and many were too weak to move, having been kept crouched in a cage.

In a final description, the reporter told of a 20-year-old woman who had been kept in a little cage for six years. He described her as wearing only a piece of bedticking and said that “she is so weak from lying that she can neither move her limbs, rise, nor walk.” 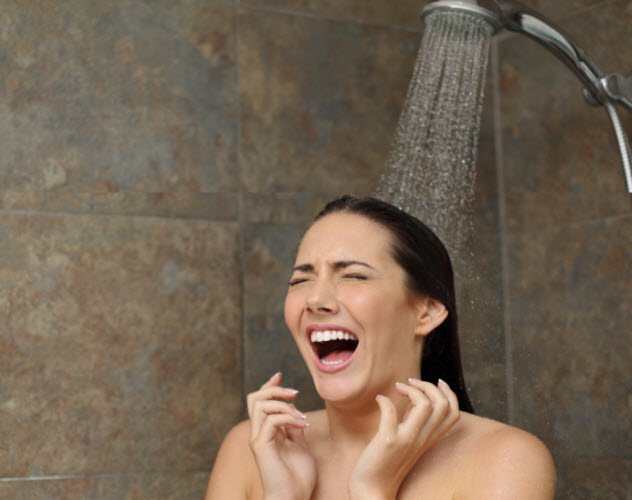 The year was 1903, and the Omaha Daily Bee had a story that was all too common in those times. Patients at the Lakeland Insane Asylum in Kentucky were being tortured by the attendants. An investigation was underway, and patients were testifying about the abuse.

Many of the patients claimed that they were too scared to reveal everything that was going on inside the asylum, fearing that the attendants would hurt them after their testimony. Others revealed that they were strangled, beaten with socks containing potatoes, and forced to take cold showers as punishment. One articles states that “the patients [were] being held while cold water was allowed to drip on them.”

Called hydrotherapy, both hot and cold water was used to change patients’ behavioral patterns. Very popular in the early 20th century, spray showers of cold water, ranging in temperature from 9 degrees Celsius (48 °F) to 21 degrees Celsius (70 °F), were meant as treatment for manic-depressive psychoses. The cold temperature would decrease the patient’s mental and physical activities and was never meant to be used as a form of punishment. 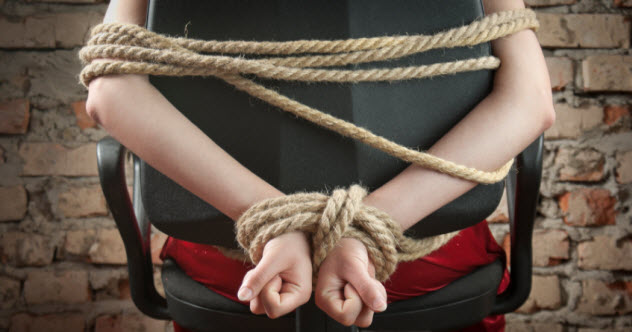 Being bound to a chair is nothing new. You see the practice all the time on crime television shows. However, the difference between today’s restraint chairs and the chairs that were used over 100 years ago is alarming.

Reported in a newspaper article published in 1886, a woman was suffering from “nervous excitement” and was taken to a state insane asylum. While in the asylum’s care, she was intentionally tripped and injured her left leg. She went to lie on her bed to recover from her injury, not knowing that it was against the asylum’s rules, and was immediately grabbed by the attendants.

The report goes on to state:

[She was placed in a chair and bound] so tightly she could not move, and the strap that went around the waist was so tight as to stop circulation, and she was left strapped up in that torturous position from 9:00 AM until 4:00 PM, and when she was unbound, her limb that was injured by falling was swollen to twice its natural size.

She also endured gagging and having a large amount of her hair pulled out by an attendant. 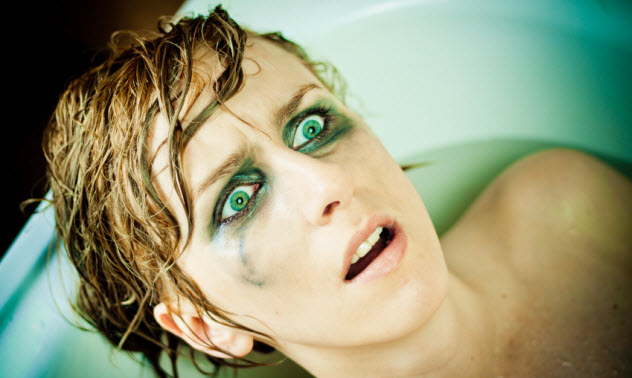 Under the direction of the matron head of staff, attendants committed a form of torture called the “water cure” against “insane” women at the Topeka Asylum for the Insane in 1903. One of the attendants explained the water cure like this:

When a patient refused to obey the orders given by Miss Houston [head of staff], the attendants were ordered to throw a sheet over her head and draw her to the floor. While the attendants held the patient, Miss Houston poured water out of a pan into her face. The water was poured fast, and the pouring continued until the patient agreed to obey orders.

According to the testimony, this was not a once-and-done thing. Simulated drowning happened often under the matron head of staff, which is why a committee was formed to investigate the claims of torture brought against her. 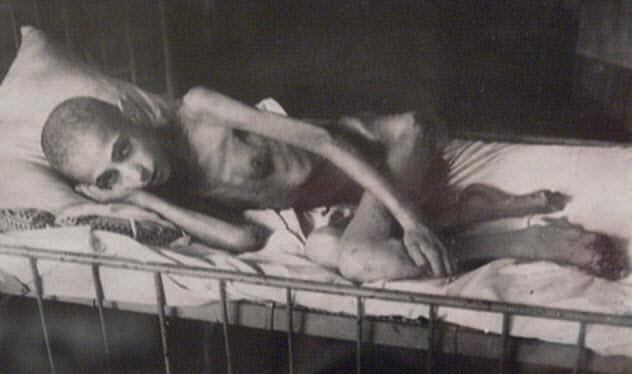 There are numerous short accounts of starvation in insane asylums in the late 1800s and early 1900s. One report out of Illinois stated, “Men were tortured to death and beaten unmercifully and in many instances starved to death.”

In an account that came out of Boston in 1883, a witness testified that women and children were dying of starvation. Another report said:

[In] one instance, [a] woman was in a dirty cell in the attic; she was entirely without clothing and almost starved. The assistants said she was violently insane and would tear the clothes. She had only one meal daily, carried to her by an idiotic girl who had always taken care of the woman. She watched and found the girl threw the food away and came back with an empty plate, telling the woman had eaten all the food.

5 Flogged In A Straitjacket 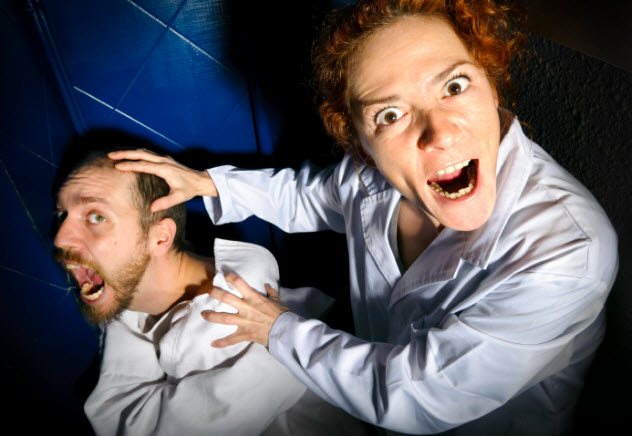 As numerous reports of asylum abuse came out in the late 1800s, more people felt that it was safe to begin questioning what happened to them or their loved ones in the asylums. In 1901, a woman finally came forward about her husband’s treatment in Bellevue Hospital in 1898.

She believed that her husband had died due to the abuse and treatment at the asylum. In one instance, “[s]he says she saw him in a straitjacket and made to trot up and down a corridor in the Bellevue insane pavilion while an attendant flogged him with a long strap tipped with metal.”

Her husband was later taken to the Manhattan State Hospital and treated for several fractured ribs. It would be another 1.5 years of asylum torture before the poor man passed away. It boggles the mind how a supposedly educated doctor could think that having someone flogged while in restraints could somehow help mental illness. 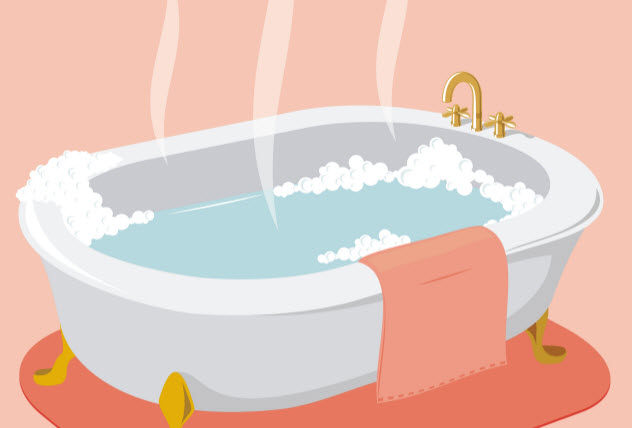 Warm baths, ranging in temperature from 33 degrees Celsius (92 °F) to 36 degrees Celsius (97 °F), were given to patients to help them relax. While we all can agree that there is nothing as therapeutic as a comfortable soak in the tub, there have been some cases where a warm soak has been abused.

Some patients were kept in a warm bath for several hours and up to several days. Even worse, some patients were placed in water so hot that it caused burns. In 1903, it was reported that an insane asylum in Kansas was being investigated for reported abuses. In one case, a patient “died from scalds received during a bath. The cause of his death was entered on the asylum records as ‘senility.’ ”

From all the accounts given, it appears as though none of the attendants or employees of the asylums could be bothered to do their jobs properly. At the very least, they should have checked the temperature of the water before placing a patient into it.

3 Beaten For Not Working 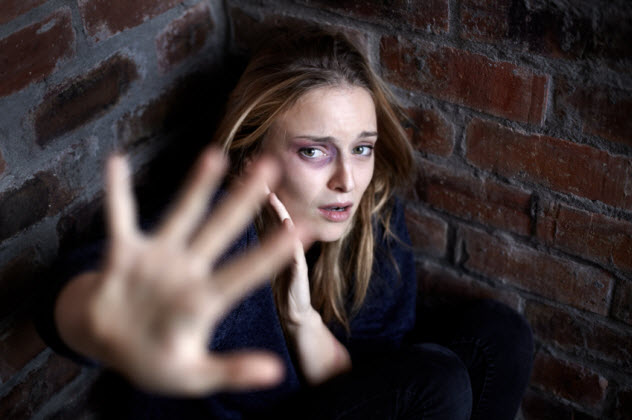 Some insane asylums put their patients to work in much the same way as some penitentiaries work their inmates. The only difference was that the people at the asylum were placed there for assumed mental illness and not because of an actual crime.

In 1910, a case of abuse was reported in which a car clerk witnessed an attendant beating a patient. According to the car clerk:

I was making my rounds and was standing near a boxcar. Several patients from the asylum were shoveling coal from the car under the supervision of an attendant. He was a man of about 40, I should imagine. One of the patients quit shoveling coal. The attendant ordered him to continue, but the latter refused. Then the attendant struck him, knocked him down, and kicked him about the body a moment or two until the patient got up and started to work again. The others did not interfere, and I did not think it was my place to do so either. 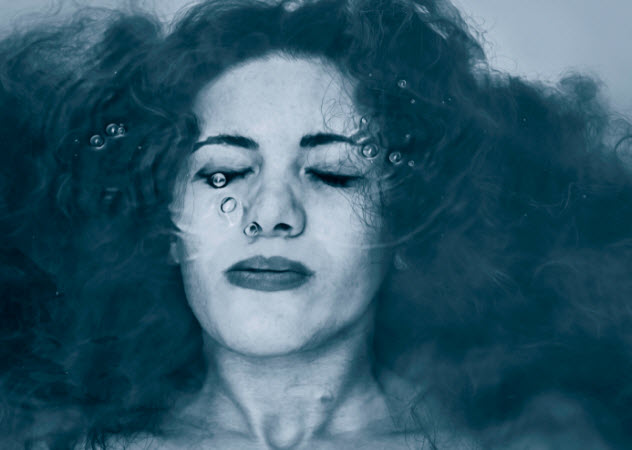 In 1878, horrific reports of torture at the Columbus (Ohio) Insane Asylum hit the newspapers. An investigation was ongoing, and reports were leaking out about dunking patients. According to one article, the asylum hired a woman named Mrs. Brown to take over one of the wards that housed nonviolent, incurable patients. Since Mrs. Brown had previously worked in hospitals for the insane in Canada, it was felt that she was the perfect candidate for this position.

Shortly after being hired, she began a system of torture. If a patient became troublesome, here’s what would happen:

This woman, whose duty it was to nurse and care for the unfortunate persons placed in her charge, rushed the offending victim to the bathroom, where she was stripped of her clothing and thrown into the water. The unfortunate patient’s head was forced under the water until the poor creature was nearly strangled, when her head would be raised for a moment that she might recover somewhat, when the operation would be repeated, until the patient, worn out from exhaustion and almost limp, would be forced to promise to obey at all times.

As a final insult, the patient was made to promise that she would not tell anyone what had been done to her. The patient was threatened that if word got out, she would be drowned.

1 Chained And Stamped In The Face 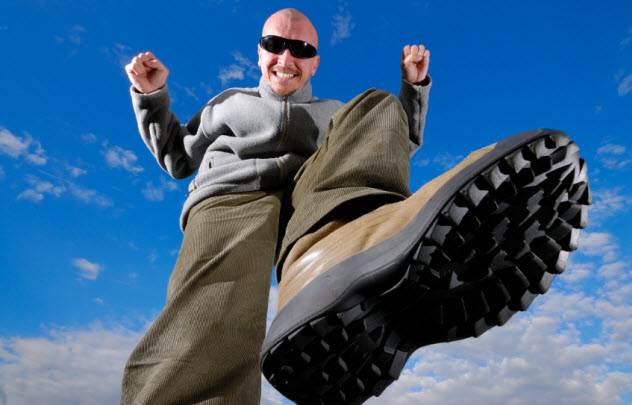 There should have been more of an outcry against the treatment of people who were made prisoners in insane asylums. Too many attendants looked the other way, or they joined in on the “fun.”

In 1889, there was a small piece in The State Chronicle (North Carolina) about the sickening abuse of some patients of a Dr. Grissom. Although certain political heads were trying to convince people “that the necessary thing to do to make an insane person act rational is to chain him, throw water in his face, or kick and stamp him in the face,” other people were crying out about the injustice and inhumane treatment.

By 1921, there was a debate among politicians and the doctors for the insane over whether or not it would be better to put the incurably insane out of their own misery. As reported in the Norwich Bulletin (Connecticut):

Discussion of the matter was started anew last Saturday by the members of the general assembly’s committee on appropriations, the members being divided as to whether or not a law should be passed providing that persons in state institutions found to be hopelessly insane and suffering mental tortures should be mercifully put to death.

Fortunately, they did not commit mass murder on people they deemed incurable.

Elizabeth spends most of her time surrounded by dusty, smelly, old books in a room she refers to as her personal nirvana. She’s been writing about strange “stuff” since 1997 and enjoys traveling to historical sites.