When we picture a stalker, we often envision a sinister man terrorizing his victim with persistent harassment, and in all likelihood, most of the stalkers you hear about are male. However, the female of the species can be just as deadly as the male.

There are many reasons why someone might feel compelled to stalk their victim—rejection, a desire for intimacy, a lack of social skills, a willingness to frighten the victim, or preparation for a serious attack. Nobody knows the real fear a person can suffer at the hands of a stalker quite like the victims of these following creepy female stalkers. 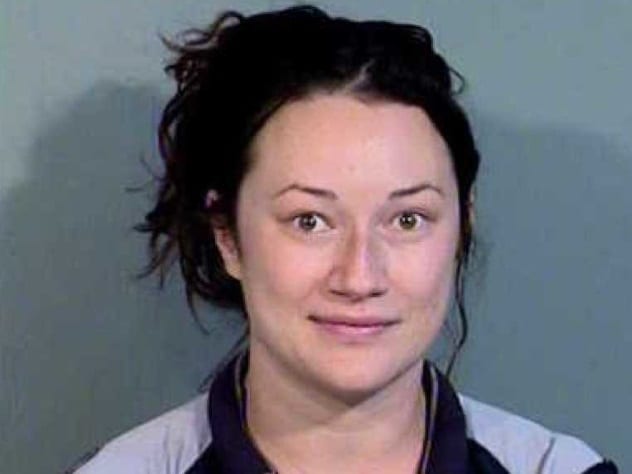 Jacqueline Ades, 33, had become so obsessed with a successful CEO that she bombarded him with 159,000 text messages. Ades broke into his home in Paradise Valley, Arizona, after they had met on a dating app called Luxy more than a year earlier. Although they only went on one date, she flooded his phone with text messages that read: “I love u” and “I’d make sushi outta ur kidneys n chopsticks outta ur hand bones.” In another threatening text, she wrote: “I need money. U will give to me. I’ll force it.”

In April 2018, the CEO—who has chosen to keep his identity secret—was shocked to witness Ades on CCTV walking around his house. He was out of the country at the time and called the police. When officers arrived, they found her in the bathtub; she had also brought her two dogs to the house, as well as a meal to cook and a bottle of wine. She was arrested on charges of threatening, stalking, and harassment but still insisted that she had found true love with the very alarmed and frightened CEO.[1] 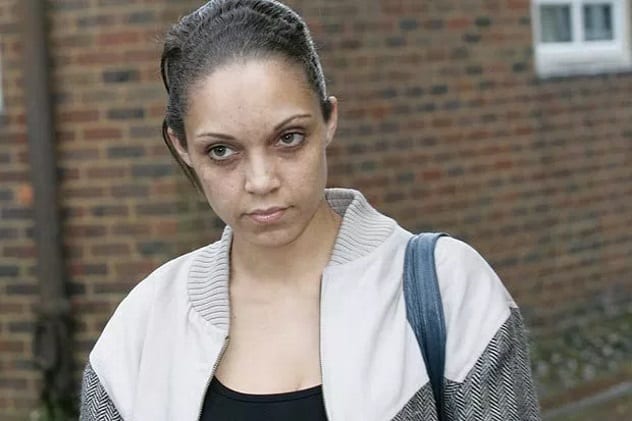 In 2012, America’s Got Talent judge and music mogul Simon Cowell was forced to hide in a closet when a crazed stalker broke into his home. Leanne Zaloumis, age 30, broke into his address in Holland Park, London, by smashing her way through a window with a brick. Cowell recalled, “I ended up hiding in one of my wardrobe closets until the police found her. That was a little spooky.”

Zaloumis was discovered in his bathroom, holding the brick, and she had scrawled “Help me!” on the walls in her own blood. She told armed police officers who arrived at the scene that she knew Cowell well and was a guest in his house. She also claimed that Cowell was actually stalking her via Twitter. Zaloumis ultimately received a 12-month community order and a restraining order and was ordered to remain inside between 7:00 PM and 7:00 AM.[2] 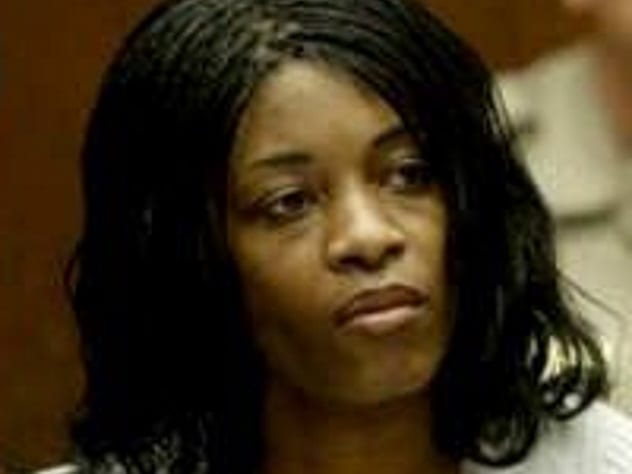 Another celebrity who suffered at the hands of a stalker was actor Michael Douglas. Dawnette Knight, 35, was jailed for three years for stalking and sending threatening letters detailing how she would cut Douglas’s wife, actress Catherine Zeta-Jones, into pieces. Knight wrote, “We are going to slice her up like meat on a bone and feed her to the dogs.” She also declared her undying love for Douglas.

Zeta-Jones described how she was so terrified that she feared a nervous breakdown or a heart attack. In 2005, a letter from Zeta-Jones was read out in a Los Angeles court. It stated: “You have profoundly affected me in how I conduct my life. Your actions will be with me the rest of my life—how I will be constantly observing, looking over my shoulder. You will never be famous, you will never be infamous, you are just a criminal.”[3] 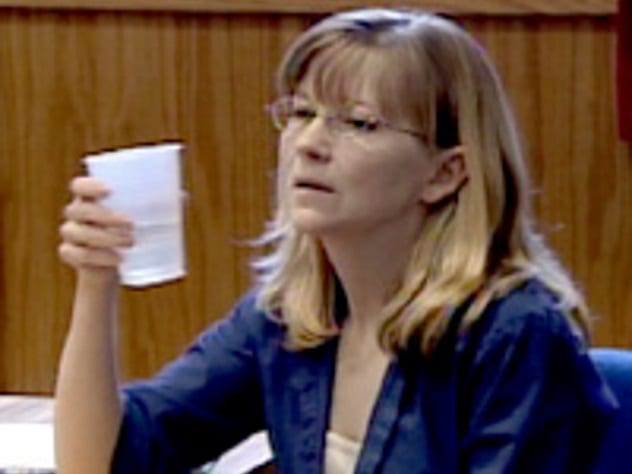 In November 2001, 28-year-old Andrew Bagby broke up with his girlfriend, Shirley Turner, and two days later, he was found fatally shot in a parking lot in Latrobe, Pennsylvania. Turner was the main suspect—her car was seen in the same place Bagby was shot, and printouts of maps to Latrobe were found in her apartment. Before an arrest could be made, she fled the country to Newfoundland, Canada, pregnant with her and Bagby’s son.

She was eventually arrested in Newfoundland, but she managed to post bail. A custody battle with Andrew’s parents over her son and proceedings for extradition back to the US would follow.

In August 2003, Turner took her own life aged 42 years old and that of her infant son, 13-month-old Zachary.[4] She drugged herself and the baby with Ativan and jumped with Zachary into the ocean off the coast of Conception Bay South. She also staged her car to make it appear that her current boyfriend was responsible for the deaths. The murder-suicide is the subject of the 2008 documentary Dear Zachary.

Turner had previously stalked an ex-boyfriend whom she inundated with phone calls, forcing him to move towns, but she continued to make visits to his apartment. He contacted the police expressing that he feared “what Dr. Turner would do next.” A year after his complaint, Turner was found semiconscious outside his apartment in a suggested suicide attempt—she lay on the floor wearing a black dress and clutching a bouquet of red roses and two suicide notes. 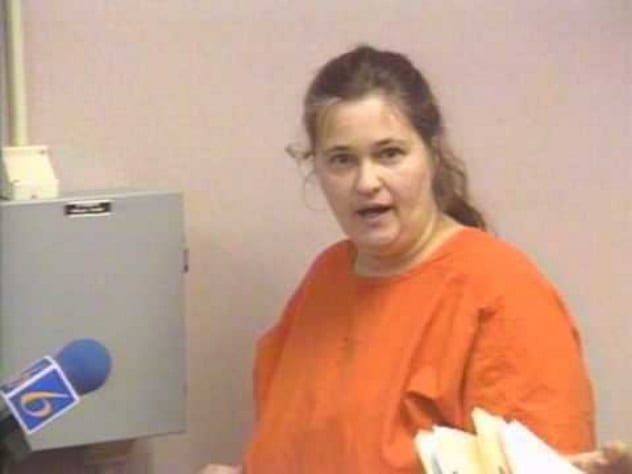 Margaret Mary Ray was a deluded stalker who believed she was romantically involved with David Letterman. Ray repeatedly broke into his Connecticut home and also camped out on his tennis court at one point. In 1988, she stole his Porsche, which she drove through the Lincoln Tunnel. She claimed to be Letterman’s wife when she couldn’t pay the toll. She was convicted for trespassing, which resulted in a ten-month jail term alongside ten months spent in mental institutions.

Ray was diagnosed with erotomania, a delusion disorder where the person believes another person is infatuated with them. Sufferers can exhibit violent behaviors. Letterman looked on the bright side and even joked about Ray on his talk show. In his sketch “Top 10 Things I Have to Do Before I Leave NBC,” one of the items was “send change-of-address forms to that woman who breaks into my house.” In 1998, 46-year-old Ray was instantly killed when she committed suicide by kneeling in front of an oncoming train in Hotchkiss, Colorado.[5] 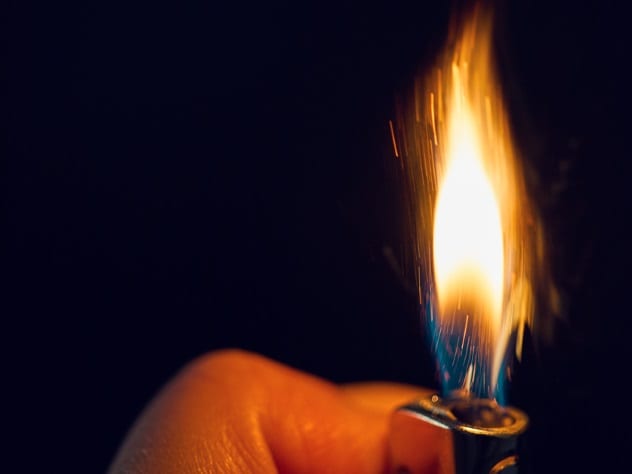 Ruth Tagg stalked and harassed British comedian Ken Dodd. Tagg mailed a dead rat to Dodd’s home and sent a dozen threatening letters, six indecent photographs, and three T-shirts with offensive messages directed at his longtime girlfriend Anne Jones. In 2003, Tagg pleaded guilty to setting Dodd’s house on fire by shoving burning rags through his letterbox. Luckily, both Dodd and his girlfriend were not on the property at the time, but the blaze caused £11,000 worth of damage.

A court heard that Tagg believed that Dodd’s girlfriend was her love rival. Mr. Justice Morland said, “Clearly, Miss Tagg needs a detailed psychiatric assessment. I’m satisfied from what I know that it would not be practical for that assessment to be carried out except when she is remanded in custody and I am satisfied that all the evidence indicates she remains a potential risk, certainly to Miss Jones, possibly to Mr. Dodd and others.” Tagg replied, “I understand, thank you.”[6] 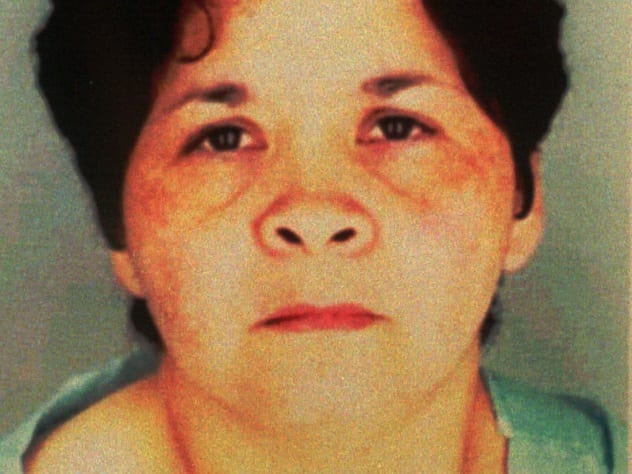 Selena Quintanilla was one of the most celebrated Latin singers of the past century who made Tejano music mainstream. In the early 1990s, a woman named Yolanda Saldivar began repeatedly calling Selena’s father and requesting to start a fan club in San Antonio, Texas, for the singer. Eventually, he gave in to her persistence, and Saldivar became president of the fan club.

In 1995, Saldivar was fired for embezzling funds, and Selena drove to meet her in a Texas motel to retrieve financial records. Saldivar stalled by saying she had been raped during a trip to Mexico and needed to be driven to a hospital. However, doctors at the hospital found no evidence of rape, and Selena returned with Saldivar to the motel.

Following a heated argument, Saldivar shot the singer in the back. Selena was able to stagger to the reception desk to ask for help. Her last words were: “Yolanda, room 158.” She was pronounced dead at a hospital aged 23 years old. Saldívar is serving a life sentence in Gatesville and will become eligible for parole in 2025.[7] 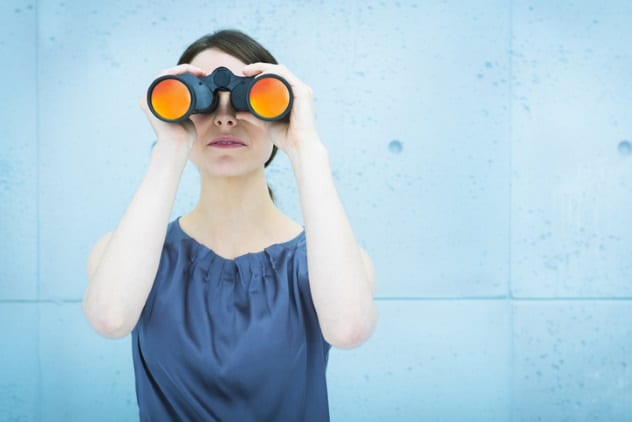 Actor Jeff Goldblum was harassed by Linda Ransom for almost a decade. Despite previous restraining orders, Ransom continued to show up at Goldblum’s Los Angeles home and harass him during public appearances since she first met the actor during one of his acting classes in 2001. The Jurassic Park and Independence Day star had previously been denied a restraining order against the woman, but he was successful when he was able to present evidence of a “fresh threat.”

Goldbum stated, “Over the past decade, I have experienced substantial emotional distress due to Ms. Ransom’s continuous stalking, harassing, and threatening behavior. I am frightened of Ms. Ransom and feel she poses a serious threat to my personal safety.” In 2012, a judge ordered Ransom, by then aged 49, to stay 91 meters (300 ft) away from Goldblum for the next three years, stating, “This harassment is going to stop. Mr. Goldblum does not want you near him.”[8] 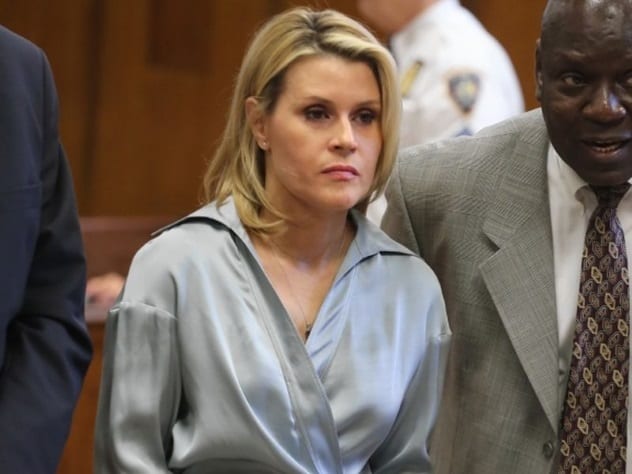 In 2013, Alec Baldwin told a court that his life had been turned into a “horror film” at the hands of his stalker, 41-year-old Genevieve Sabourin. The actor claimed he’d met Sabourin once for dinner (he’d also worked with her on a film set around a decade prior), and he denied that any sexual encounter took place. Since the dinner, he’d been inundated with unwanted phone calls, e-mails, and threats. The court also heard that Sabourin had started showing up at his house, appearing at his public events, and terrorizing his wife.

According to Sabourin, she had a brief romance with Baldwin, and when he broke it off, she wanted to know why. Her defense lawyer argued in court, “[Baldwin] doesn’t have carte blanche to use the criminal justice system to sort out his relationships. He set her up at a luxury hotel. He took her on a once-in-a-lifetime, fairy-tale date. Was Ms. Sabourin wrong to think that this was more than a one-night stand?” Sabourin was found guilty of stalking and ordered to serve six months behind bars at New York City’s Rikers Island jail.[9] 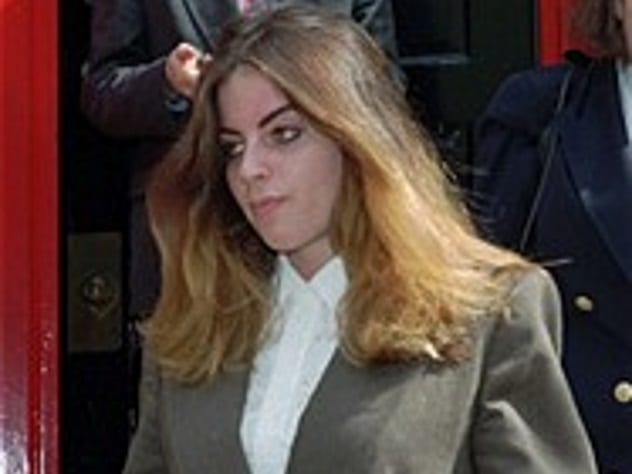 In 1992, Lisa Michelle Lambert of Lancaster, Pennsylvania, was found guilty of first-degree murder for slashing the throat of her love rival, 16-year-old Laurie Show. Lambert’s classmate Tabitha Buck and ex-boyfriend Lawrence “Butch” Yunkin were also involved in the murder. One year earlier, Lambert had been pregnant with Yunkin’s child when he started dating Show. The 19-year-old Lambert was “obsessively jealous” with Show and began showing up at her work as well as telling witnesses that she was out to hurt Laurie.

On December 20, 1991, Yunkin dropped off Lambert and Buck at Show’s home. The girls entered the house, and together, they stabbed Laurie several times, causing a 13-centimeter (5 in) gash to the throat, a punctured lung, several wounds to the head, and other defensive wounds. Show’s body was discovered by her mother.

During the trial, a letter Lambert wrote to her ex-boyfriend was shown. It stated, “I know I’m not an angel, but Lawrence, I never got mad enough to kill.” Lambert and Buck were sentenced to life in prison without parole. Yunkin received a lesser sentence for his testimony and was released in 2003.[10]