For many, there are few things that can be as frightening as the moments leading up to surgery. In a perfect world, we’d expect that anxiety to subside, given the years of education and skill that surgeons have acquired. Patients should be able to wholeheartedly place their lives in their doctor’s hands. Unfortunately, surgical blunders, also known as “never events,” occur as often as 80 times a week, according to the American Medical News. The following 10 cases are perhaps some of the unluckiest individuals to ever go under the knife. 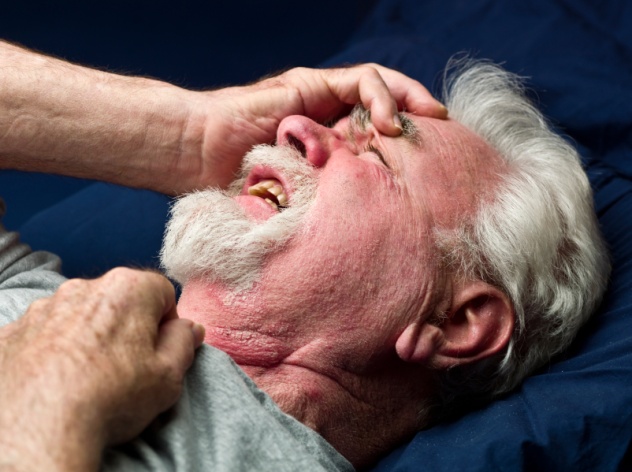 In November 1999, 67-year-old Hurshell Ralls underwent surgery at the Clinics of North Texas in Wichita Falls after a biopsy determined that he had bladder cancer. The operation consisted of removing Ralls’s bladder. Unfortunately, that wouldn’t be the only organ removed during the procedure. When Ralls awoke following the operation, to his horror, he found that his penis and testicles were gone.

Clearly, Ralls wasn’t consulted nor did he give permission for the amputation. The surgeons who performed the operation claimed that while removing Ralls’s bladder, they determined that the cancer had spread to his penis. However, they did not confirm their educated guess by taking tissue samples, stating that they felt that to do so wouldn’t be “worthwhile,” given their medical judgment. When a Dallas doctor examined cell slides of Ralls’s penis, he found that Ralls did not have penile cancer at all. Reconstructive surgery was out of the question, as not enough tissue remained.

The surgeons were never disciplined nor did they experience any license interruptions. Ralls decided to file a lawsuit against the doctors as well as the clinic. In the end, he settled out of court for an undisclosed amount. Regardless, no monetary resolution could never replace what was taken from Ralls.

In 2016, Jennifer Melton gave birth to a healthy baby boy named Nate, who was delivered at the University Medical Center in Lebanon, Tennessee, near Nashville. Following the delivery, Nate was taken to another room for what his mother believed to be a routine checkup. A short time later, a nurse entered Jennifer’s room and explained that Nate was accidentally mistaken for another child and had undergone an unnecessary operation. The doctor had performed a frenulectomy, in which the flap of skin under the tongue is clipped. Such procedures are often performed when the skin is too tight, which can cause feeding and speech problems down the road, a condition often referred to as “tongue-tie.”

The physician who performed the procedure admitted his error, claiming that he had mistakenly asked for the wrong child, and apologized to the family. The physician then went on to tell Jennifer how Nate “barely cried” during the procedure and that she should not worry. The Meltons stated that they intend to sue the hospital for unspecified damages once the infant is assigned a Social Security number. Nate’s future, in terms of complications resulting from the procedure, is uncertain. 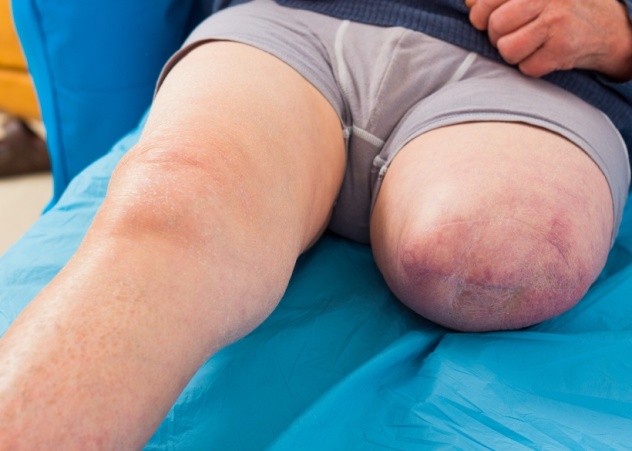 In 1995, 52-year-old Willie King underwent surgery to amputate his diseased leg at the University Community Hospital in Tampa, Florida. As Dr. Ronaldo R. Sanchez was cutting through King’s tissue, the nurse in the operating room, who was reviewing King’s file, began to shake and cry. That was when Dr. Sanchez realized that he was amputating the wrong leg. Unfortunately, by that point, he determined that the damage had already been done and that “there was no turning back.”

Dr. Sanchez stated that the condition of King’s legs, which he determined were both diseased, as well as error by other hospital personnel led him to believe that he was amputating the correct limb. In addition, he said that by the time he had entered the operating room, the incorrect leg had already been sterilized and draped for surgery. Prior to this mishap, another of Dr. Sanchez’s patients claimed that the surgeon amputated her toe without permission during a procedure to remove diseased tissue from her foot. 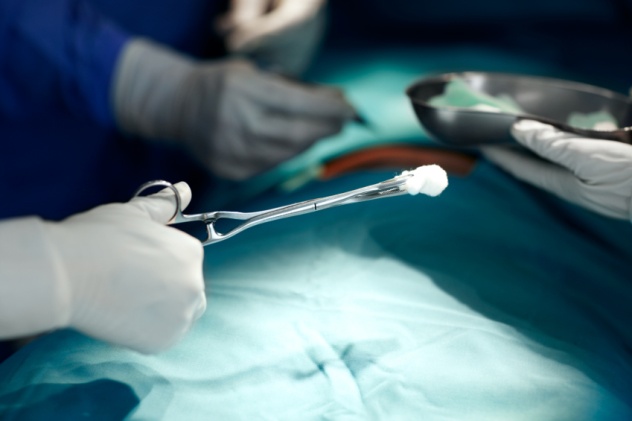 In 2007, 56-year-old Carol Critchfield underwent a standard hysterectomy and bladder-support surgery at the Simi Valley Hospital in California. Three days after the operation, Critchfield returned to the hospital complaining of intense abdominal pain. The physicians took an X-ray. Critchfield was told that the pain was due to severe constipation, determined that her condition wasn’t critical, and sent her home.

In 2008, while Critchfield was at work, she began to sweat, experienced blurry vision, and ultimately fainted. She was brought to the hospital, where she was told that she had a gastrointestinal issue of some sort and was informed not to eat any more spicy food. Once again, she was sent home. Her symptoms continued over the following years.

In 2011, she began to experience vaginal bleeding, which doctors concluded was from an ovarian cyst. She underwent surgery to remove her ovaries, at which point her surgeon discovered a large mass. It turned out that during her original operation in 2007, the surgeons had left a sponge inside of her abdomen, which ultimately became encased in scar tissue. This led to the removal of a large amount of Critchfield’s intestines after four long years of obstruction.

Critchfield went on to sue the Simi Valley Hospital as well as five physicians associated with it. She reached a settlement in 2014 for an undisclosed amount. 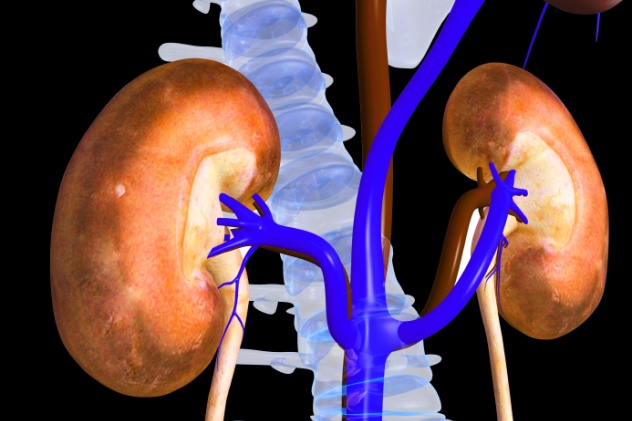 In 2013, a 76-year-old man on dialysis underwent surgery to remove a failing kidney, only to find that the surgeon had removed the wrong one. The horrific and life-threatening error occurred in New York at Mount Sinai Medical Center, one of the most prestigious teaching hospitals in the United States. The hospital refused to release the names of both the surgeon involved and the patient. Hospital security prevented news reporters from filming outside of the hospital as well, perhaps to save face for their “prestigious” and “glorified” medical and academic institution.

Officials at Mount Sinai said that part of the reason for why the error occurred was due to the fact that the patient had “two bad kidneys.” Be that as it may, the surgeon involved was eventually fired, even though the patient who he’d operated on came to his defense. The patient underwent surgery once again to correct the error, replacing his failing kidney with the correct one. 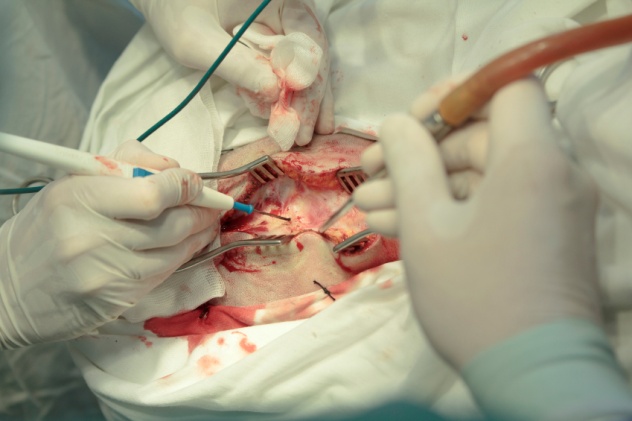 In 2013, 53-year-old Regina Turner was supposed to undergo an operation on the left side of her brain at St. Clare Health Center in St. Louis, Missouri. The operation entailed a craniotomy (surgical removal of part of the skull in order to access the brain), which the surgeon performed. Unfortunately, it was done to the wrong side of Turner’s head. Once the surgeon, Dr. Armond Levy realized his error, Turner was sutured up, and the correct operation was performed six days later, though the damage had already been done.

Turner was left with a severe speech impediment and required around-the-clock care. She filed a lawsuit against the hospital and Dr. Levy for negligence and carelessness. The following year, Turner settled out of court with the hospital for an undisclosed amount. In the end, Dr. Levy, who no longer works for SSM Health, faced no state disciplinary action for his costly error and continues to practice medicine. 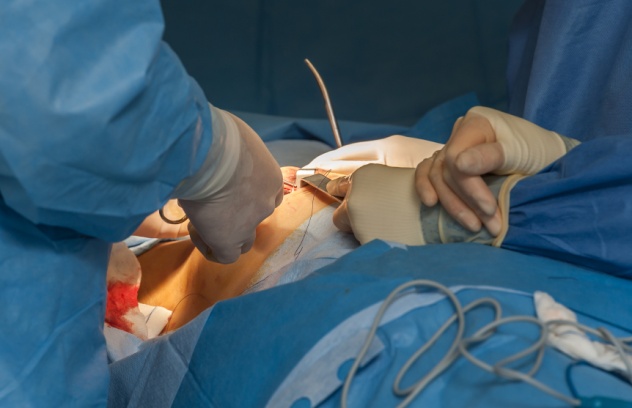 On November 20, 1998, 66-year-old Adesta L. Hytha was scheduled for a lumpectomy, which entailed the removal of a small tumor and surrounding tissue from her left breast. The procedure was conducted at the Moffitt Cancer Center in Tampa, Florida, by acclaimed surgeon Dr. Charles E. Cox, head of the facility’s breast cancer program. Following the lumpectomy, Hytha awoke to discover that her left breast had been removed.

Hytha and her son, Stephen, were informed by Dr. Cox that during the procedure, he had discovered additional cancer and had no choice but to remove the breast in its entirety. However, that was not the case. In reality, Hytha was mistaken for another patient who was scheduled for a mastectomy. To make matters worse, Hytha wasn’t told the truth until 10 days after the fact. Dr. Cox adamantly denied misleading her, however.

Following an internal investigation, hospital officials claimed that the error was due to several factors, including staff members who’d brought the wrong patient into the operating room as well as the fact that Dr. Cox had failed to review the patient’s chart prior to the operation. Hytha chose not to sue the hospital and instead settled the matter for an undisclosed amount. The hospital offered to reconstruct Hytha’s breast. She declined. 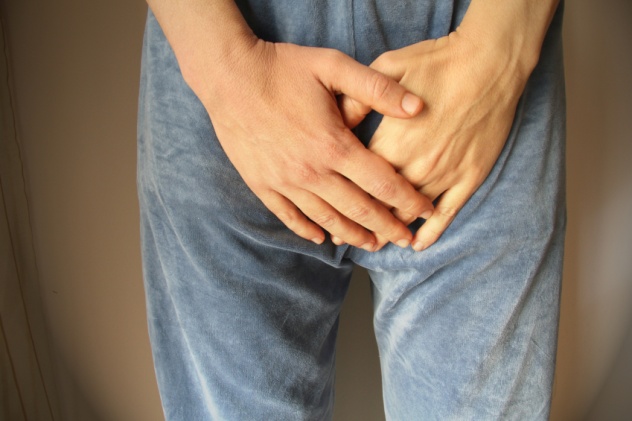 Benjamin Houghton, a retired Air Force veteran, had been diagnosed with metastatic testicular cancer in 1989. Following his diagnosis, Houghton opted out of the surgical removal of his testicle and instead underwent chemotherapy. His treatment proved to be successful. However, over the years, his left testicle became atrophied (due to cell death), causing it to waste away. This led to much pain as well as the chance of cancer cells returning in the future.

On June 16, 2006, Houghton decided to undergo elective surgery at the West Los Angeles VA Medical Center in order to remove his useless and painful left testicle. To Houghton’s shock and disbelief, the surgeon removed the right (perfectly healthy) testicle.

Understandably, Houghton, 47, and his 39-year-old wife Monica filed a lawsuit against the VA, seeking $200,000 for future health care costs as well as an undisclosed amount in damages. Aside from the mental anguish of losing his manhood and sexual drive, Houghton potentially faces numerous health complications, such as depression, weight gain, fatigue, and osteoporosis due to the loss of testosterone that his healthy testicle would have provided.

In 2015, Fernando Jonathan Valdez, an infant child in Ciudad Obregon, Sonora, Mexico, was diagnosed with advanced congenital cancer of his left eye. Following the diagnosis, the one-year-old child underwent chemotherapy, to no avail. Valdez’s left eye had to be removed. After the operation, Valdez’s parents discovered that the surgeon had incorrectly removed the boy’s healthy right eye, leaving him permanently blind with the cancerous eye still intact in its socket.

The parents reported the incident to police, and an internal investigation into the Medical Unit of High Specialty Mexican Social Security Institute was launched. In addition, the parents hired an attorney, sued the hospital for medical negligence, and made a complaint to the National Commission of Human Rights and the Medical Arbitration Commission. The surgeon who performed the botched operation was suspended and placed under investigation. Regardless of the lawsuit’s outcome, the boy will never see again.

In October 2011, 32-year-old Maria De Jesus underwent an appendectomy at Queen’s Hospital, outside of London. At the time of her surgery, she was 21 weeks pregnant with her fourth child. The surgeon performing the operation, Dr. Yahya Al-Abed, was a trainee who was supposed to be supervised by Dr. Babatunde Coker. Unfortunately, Dr. Coker, who was busy eating lunch at the time, stated that he was unaware that the surgery was taking place. During the operation, De Jesus began to bleed “quite heavily,” and Dr. Al-Abed removed her ovary, believing it to be her appendix.

Three weeks later, De Jesus, still suffering from appendicitis, returned to the hospital in immense pain. After discovering what had occurred, she underwent surgery once again, only to die on the operating table. Her son was delivered stillborn. Her cause of death was officially recorded as multiple organ failure due to septicemia. In other words, her blood was infected due to the untreated appendicitis.

Both surgeons were found guilty of “serious misconduct.” However, a tribunal ultimately ruled that the doctors were considered not to be a “danger to the public,” and they have since been allowed to continue practicing medicine.