There are some crimes so unimaginable that searching for the graphic details online would leave even the most hardened true crime fan shaken. When we imagine the suffering of the victims, it’s difficult to understand how these sadistic killers went through with it. The stomach-churning details of these horrific murders are worse than any horror film. I strongly suggest you heed my advice and avoid searching for the items found hereunder. 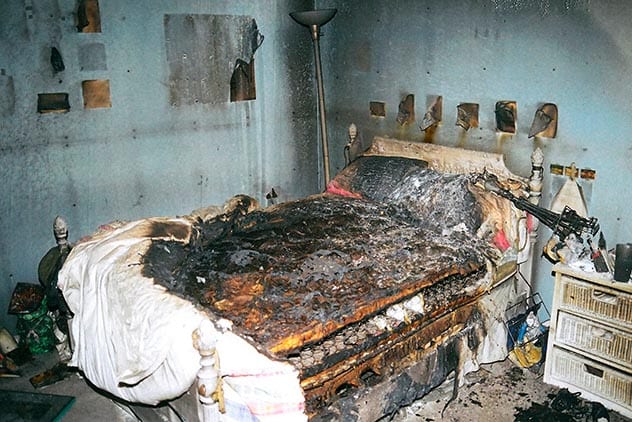 In 2007, the Petit family—Jennifer Hawke-Petit and her two teenage daughters—were assaulted and murdered in their Connecticut home. The father Dr. William Petit was injured but managed to escape with his life before the perpetrators burned the house to the ground.

Two paroled burglars Joshua Komisarjevsky and Steven Hayes targeted the family when Jennifer and her 17-year-old daughter Hayley were at a grocery store. They followed them home and subjected them to brutal torture before killing them. Hayley and her 11-year-old sister Michaela died through smoke inhalation as they were tied to their beds and Jennifer died through strangulation. Details of the crime are shockingly unbearable as it was revealed police were aware that the family were held as hostages but had spent too long securing the street rather than entering the home to help the family.

The killers were sentenced to death which was later changed to life imprisonment as Connecticut abolished capital punishment in 2012.[1]

9 The Murder of Sylvia Likens 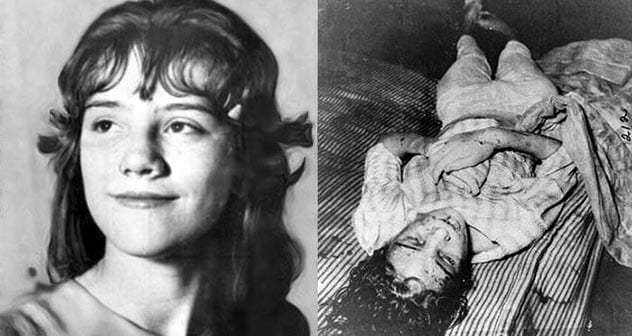 The brutal and cruel murder of Slyvia Likens still disturbs Indiana more than fifty years later. In 1965, police officers found the body of 16-year-old Likens laid on a filthy mattress; she was covered in more than 150 burns and cuts. It was clear at first that the young girl had starved to death as she was little more than skin and bone. Later, it was found that she died of a brain hemorrhage and malnutrition.

Mother-of-seven Gertrude Baniszewski was arrested and charged with first-degree murder. Likens’ parents had paid Baniszewski $20-a-week to care of her and their other daughter Jenny. Instead, Baniszewski allowed her own children to beat Likens and force her to eat feces.

Attorney Natty Bumppo said, “A lot of people have compared this to Lord of the Flies. But that was just a bunch of uncontrolled children. In this case, they had an adult supervising what they were doing. It wasn’t children going wild. It was children doing what they were told.”[2] 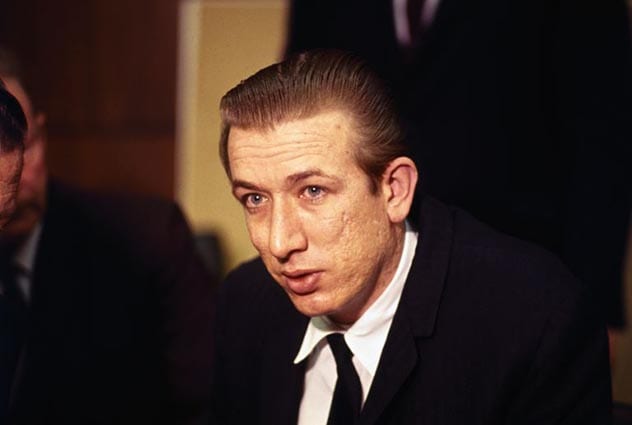 When Richard Speck entered South Chicago Community Hospital, where he methodically tortured and murdered eight nurses, the state of Chicago changed forever. During the early hours of July 14th, 1966, Speck led the nurses “like lambs to the slaughter” during an attack that lasted five hours. Distracted by his own killing spree, Speck didn’t realize that one of his hostages had hidden under a bunk bed until the massacre was over. She then jumped from a window and ran for her life.

All the victim recalled of Speck was his tattoo that read: “Born To Raise Hell.” Two days later, the cold-blooded killer arrived at County Cook Hospital following a suicide attempt and a doctor recognized the tattoo from news reports. The assistant Cook County district attorney said of the sadistic attacks, “It really was the first random mass murder of the 20th century. It really was the end of an age of innocence. It changed everything. We all became much more conscious of our security. Eight nurses could be slaughtered in their beds for no reason by a stranger.”[3] 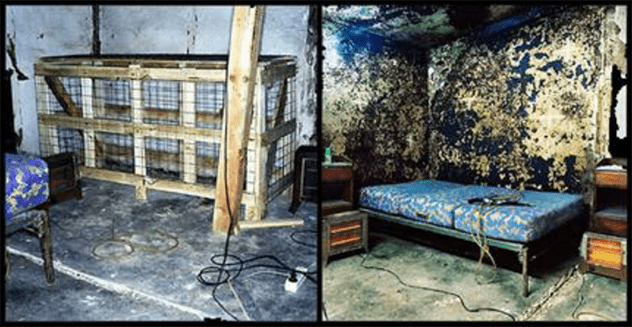 In 2001, Armin Meiwes from Germany posted an advert on the cannibalism fetish website ‘The Cannibal Cafe’ looking for “a well-built 18 to 30-year-old to be slaughtered and then consumed.” Many people replied to the advert but all of them got cold-feet apart from Bernd Jürgen Armando Brande. Throughout his childhood, Meiwes fantasized that if he were to eat someone, they would be with him forever so he would never be lonely again.

The video tape Meiwes made of himself dismembering Brande is stomach-churning to say the least. Meiwes amputated the victim’s penis and they both attempted to eat but it was “too chewy”. Brande then took twenty sleeping pills to kill himself but this was not a success and he slowly bled out from the amputation. Meiwes murdered Brande by slicing his throat and consumed the remains over a period of 10 months. He was sentenced to life imprisonment after stating to a psychiatrist that his fantasies of devouring people had not subsided.[4] 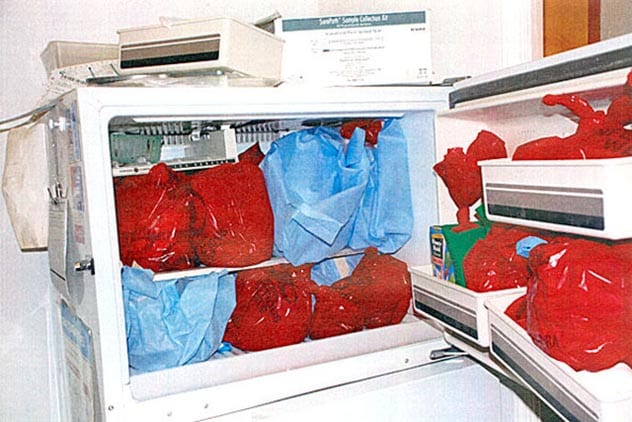 Twisted serial abortionist Kermit Gosnell performed late-term abortions in his unsanitary and unsafe clinics at the Women’s Medical Society in West Philadelphia. He had owned the medical center since 1979 and complaints about his practice stretched back decades.

In 2011, Gosnell was arrested on suspicion of murdering seven infants who had at first, survived his initial abortion attempts but later fell victim to his unspeakable evil. A grand jury heard that Gosnell was not an obstetrician or gynecologist as he had failed to qualify, however, he was charging up to $3,000 for each late-term abortion. His staff members testified against him detailing how they witnessed infants move or cry after he performed the termination, and the details of how he then ended their lives are deeply distressing.

Gosnell was convicted on three counts of first-degree murder including causing the death of one adult patient, one count of involuntary manslaughter, 21 felony counts of illegal late-term abortion, and 211 counts of violating the 24-hour informed consent law. He was sentenced to life in prison without the possibility of parole.[5] 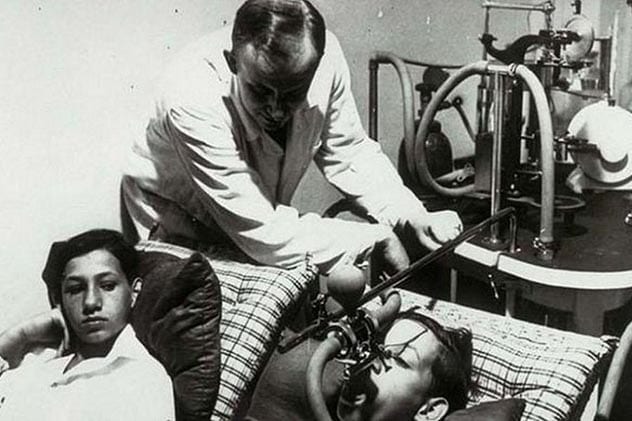 Twisted Nazi doctor Josef Mengele was known for his sinister medical experiments during World War II that mostly involved the horrific treatment of twins. In 1943 at Auschwitz, Mengele selected children for his deadly experiments. Renate Gutmann was a twin and Mengele survivor. In a haunting account, she recalls:

“I was separated from my brother and mother and taken to a hospital where I was measured and X-rayed; blood was taken from my neck. Once, I was strapped to a table and cut with a knife. I got injections that made me throw up and have diarrhea. While ill in the hospital after an injection, guards came in to take the sick to be killed.”

The total victim count is unknown but witnesses revealed that Mengele killed as many as 14 twins in just one night through injecting chloroform into their hearts. After the war, he evaded prosecution by escaping to South America where he died from a stroke aged 67-years-old in 1979.[6] 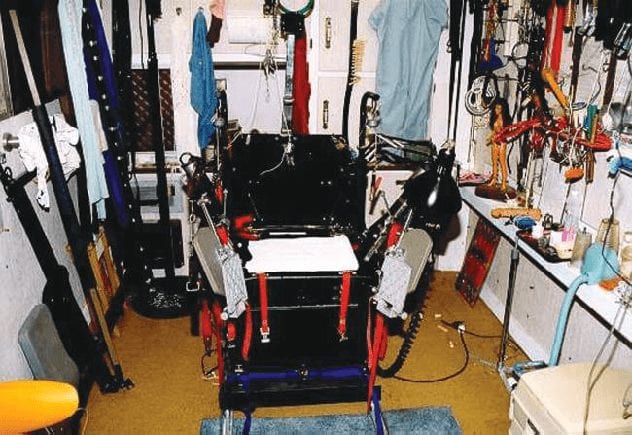 David Ray Parker became known as the Toy Box Killer following the chilling discovery of his sadistic torture chamber in 1999. It’s estimated he kidnapped, tortured and murdered up to 60 victims in New Mexico. Many of the bodies were never recovered as they were dismembered and dumped in undisclosed locations. His final intended victim luckily managed to escape with her life after three days of unimaginable torture.

Police officers that arrived at the scene of the crime discovered a soundproofed truck trailer equipped for torturing victims that contained various surgical instruments and a gynecology table with restraints. Parker also made recordings of his victim’s torture, he showed no remorse for his crimes explaining, “It was a source of entertainment for me to create these tapes.” There was no justice for his victims as Parker died of a heart attack in 2002 before he had begun serving his 223 years in prison.[7] 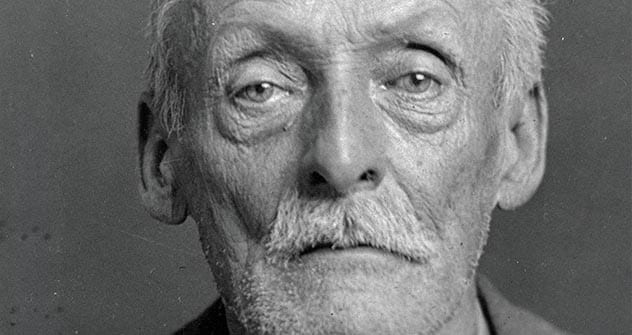 Serial killer Albert Fish preyed on young children in the state of New York. The sadistic child torturer and murderer bragged that he “had children in every state”. In 1936, he was executed for the murders of 10-year-old Grace Budd, 9-year-old Francis McDonnell, and 4-year-old Billy Gaffney. The details of the murders are only for those with a strong stomach as Fish also spoke in detail how he also cannibalized the remains.

Fish also sent a twisted letter to the mother of Grace Budd just to add to her suffering. He wrote to her:

“I grabbed her and she said she would tell her mamma. First I stripped her naked. How she did kick – bite and scratch. I choked her to death then cut her in small pieces so I could take my meat to my rooms, cook and eat it. How sweet and tender her little ass was roasted in the oven. It took me 9 days to eat her entire body.”[8]

He is remembered as one of the evilest serial killers in history. 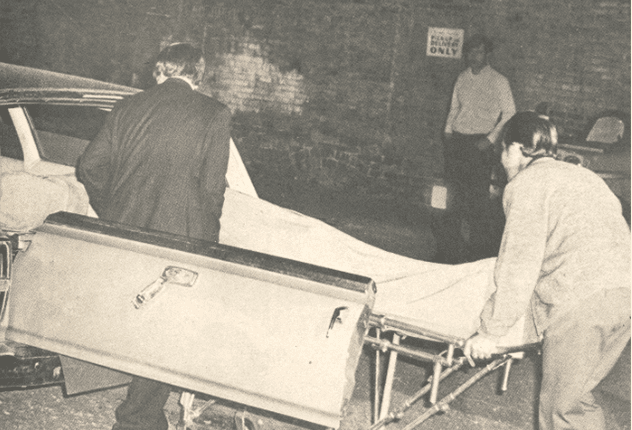 The Hi-Fi Murders in 1974 still shock today. Three men—Dale Selby, William Andrews, and Keith Roberts—entered the Hi-Fi Shop in Ogden just before closing time. They then held store workers 20-year-old Stanley Walker and 18-year-old Michelle Ansley hostage in the basement before robbing the store. Later, 16-year-old Byron Naisbitt entered the store as he was running errands and was also taken hostage. Both Bryon’s mother, Carol Peterson Naisbitt, and Stanley’s father, Orren Walker, arrived at the store to look for their children where they suffered the same fate.

What happened next is unimaginable and involved the hostages being forced to drink a corrosive liquid that caused their lips, tongues and throats to burn and the flesh to peel away from their skin. The hours of torture also included the use of a ballpoint pen as a weapon and three of the hostages were shot dead. The two surviving victims—Orren Walker and Byron Naisbitt—sustained permanent life-changing injuries. The twisted killers were executed by lethal injection, all except for Keith Roberts who was charged with aggravated robbery and sentenced to life imprisonment.[9] 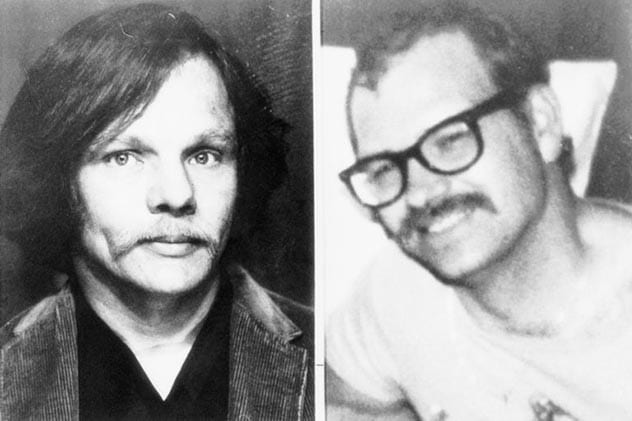 Lawrence Bittaker and Roy Norris were a depraved serial killing duo who murdered five girls by the most sinister means possible. The victims, who were aged between 13 and 18, had been kidnapped on the highways of Southern California over a period of five months in 1979. The killers used an ice pick, screwdriver, vise grips and pliers to subject them to the worst kind of physical pain. They also recorded the screams of their victims. Retired Los Angeles County deputy district attorney who prosecuted the killers was still haunted by the evidence for years after the trial, he said, “I would hear the girls screaming, and I was running to get to them. Too late.”

The Tool Box Killers have sat on death row for decades. Behind bars, Bittaker said, “I happened to have got lucky and got one of the most liberal judges. They don’t seem to be in any hurry. I’m not either, since I don’t have much coming. It wasn’t exactly a fair trial. But I deserve to be here so I can’t complain.”[10]

For more disturbing lists like this one, you should read 10 Creepy Photos Of People Unaware They Are With A Serial Killer, and 10 Grueling Experiences Of People Who Escaped Serial Killers.