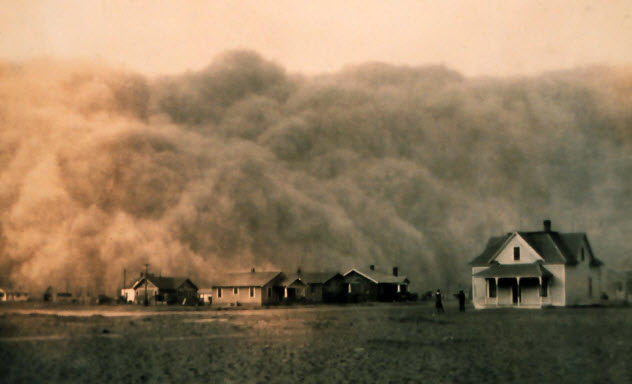 Lasting eight years, the Dust Bowl was a severe drought in the 1930s, the roughest time of the Great Depression. It affected parts of Texas, Colorado, Nebraska, and Oklahoma, driving thousands from their states to seek a better life elsewhere.

The combination of over-farming, reliance on a small number of crops, and lack of rainfall led to soil depletion, which turned normally fertile topsoil into fine-particle dust. The storms kicked up by the prevailing west-to-east winds of the Great Plains caused dust clouds to bury entire towns in suffocating grit.

But lest you think it was confined to the Midwest, on April 14, 1935, the dust storms were so massive that they blotted out the Sun in several states (as well as Washington, DC) and ships in the Atlantic Ocean reported dust falling upon their decks. Ironically, a member of Franklin Roosevelt’s cabinet was testifying before Congress on the need for soil conservation when the storm hit. He reportedly pointed out the window and stated, “This, gentlemen, is what I’ve been talking about.”

A combination of soil conservation laws and programs as well as rain finally returning to the Plains states in 1939 brought a close to what must have seemed like the end of days to many. 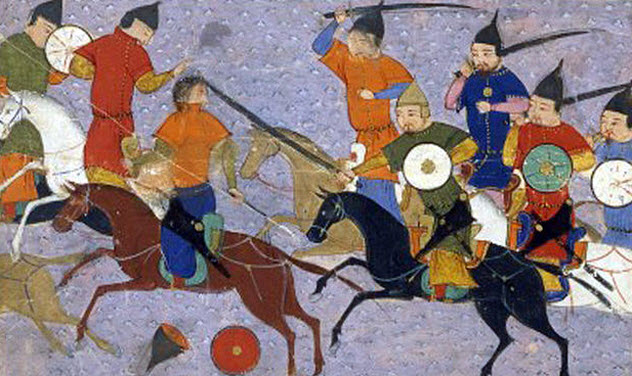 Ruthless and dispassionate, the Mongol hordes descended upon the societies of Asia and Europe like a force of nature. During the 13th century, Genghis Khan forged the many tribes and clans of the central Asian steppes into an effective and devastating war machine, conquering China, the Middle East, Russia, and parts of Europe.

That the Mongols killed many is not in doubt, but the exact number can be hard to pin down. Some regions such as China had excellent census figures, but other places did not (or their records didn’t survive). While we may not know exactly how many people perished as the hordes swept through Eurasia, we do know that there was a sudden drop-off in the amount of carbon dioxide in the atmosphere—a drop-off that cannot be explained except by the deaths of millions of living, breathing animals.

The Mongols, though, eventually lost momentum and fragmented. Their massive empire eventually fractured and dissolved, a mere 100 years after they started. 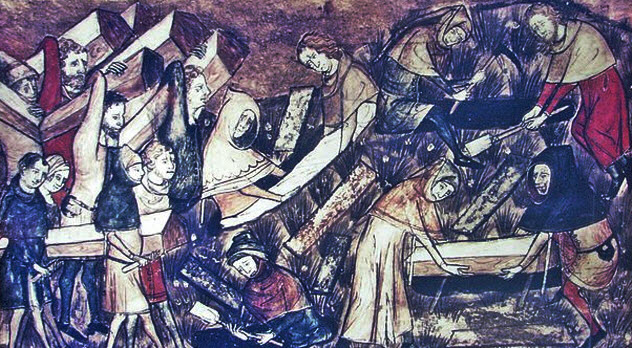 Most people are aware of the massive, devastating plague known as the Black Death, which swept through Europe in the 14th century. It is reported to have killed around 50 percent of the European population.

But what many people don’t know is that the Black Death didn’t just affect Europe but Africa, the Middle East, and Asia as well. The plague, caused mainly by the microbe yersenia pestis, was phenomenally virulent.

It spawned not just the plague itself but widespread panic and the rise of crazy superstitions, such as that the disease was caused by God’s displeasure. The disease struck down the rich, poor, weak, powerful, pious, and heretical alike and led to massive social upheavals.

The plague returned periodically afterward but lacked the impact of the 14th-century outburst. Yet it still remains in our collective memory, albeit in the form of a poetic misconception: “Ring Around the Rosie”, which most people believe chronicles the stages (and attempts to prevent) the Black Death. On the contrary this famous nursery rhyme appears to have no connection to the plague—nor, indeed, any sinister origins at all. 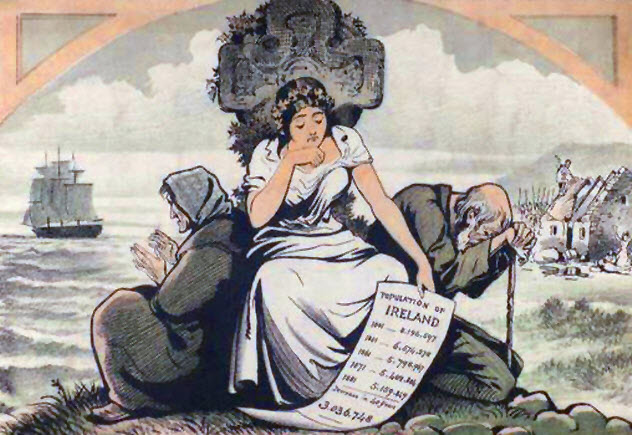 In the mid-19th century, the reliance of many working poor upon a single crop (potatoes) led to millions of deaths. Most people associate this disaster with Ireland, and they’re partly right. Ireland did indeed have the most visible manifestation of the “blight.”

But it was definitely not the only country to suffer. The blight actually struck most of northern and central Europe, including Scotland, where it was known as the “Highland Blight” or “Highland Famine.” The blight also affected Belgium and was devastating to the German economies, leading to near total societal collapse as starving workers died in the streets of Europe.

The tragedy was made worse by the fact that in many regions, such as in Ireland, there was more than enough food produced, but governments and merchants alike favored the profits made by selling grain and food overseas. 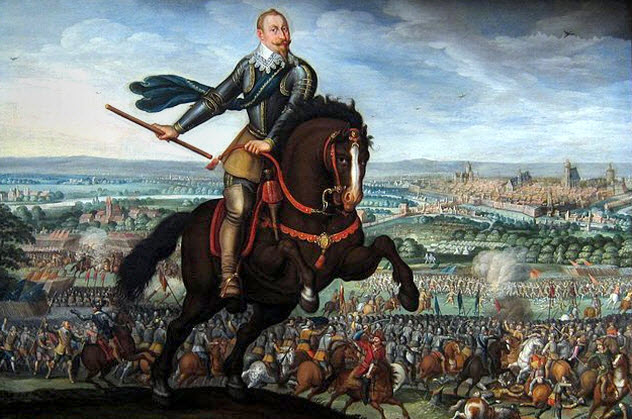 Arguably the most famous of the “religious” wars of Europe, the Thirty Years’ War was a series of conflicts pitting one nation against another in an attempt to resolve several matters, including the primacy of Catholicism or Protestantism. Nearly every country in Europe participated in the wars, but the most devastating battles took place in the Holy Roman Empire of Central Europe.

The very nature of the war, which combined political greed with religious obsession, meant that no side was willing to be merciful to the other. The result devastated Germanic cities and states, leaving many municipalities as ghost towns and harvests of staple grains reduced by up to 75 percent. 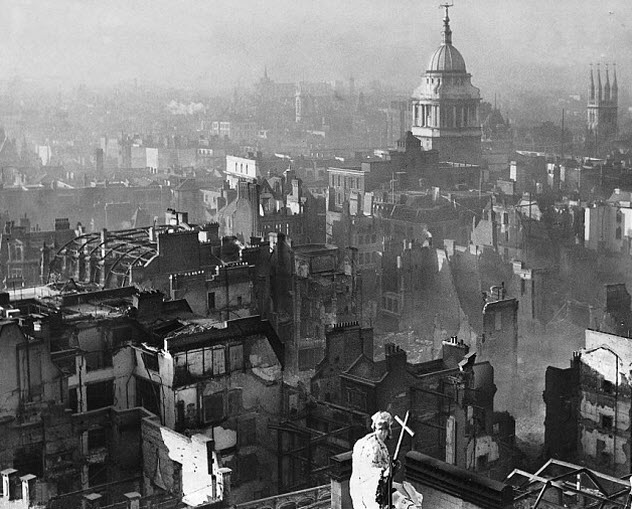 The last great world conflagration is etched indelibly in history. Every corner of the globe, with the possible exception of the Antarctic, saw combat between the Allied and Axis forces. The result was an utterly devastated Europe and Asia.

During the war, 80 million people died in combat, through pogroms (including the Holocaust), and by starvation. By the end of the war, starvation and deprivation were commonplace as people tried to eke out a living amid the destroyed ruins of once-great cities. No running water, no electricity, no food, and barely any government in Europe, China, and Japan left innocent civilians perched upon the knife’s edge of chaos or death.

To illustrate how devastated the world economy and society was, the United States was producing one of every two products made from 1945 to 1946. The destruction was so complete that the normally isolationist United States Congress was motivated to embark upon an ambitious pair of spending projects to jump-start the world economy and prevent a return to the Great Depression. The Marshall Plan and a similar plan launched in Japan and China spent tens of billions of dollars in reconstruction aid.

4 Smallpox In The Western Hemisphere 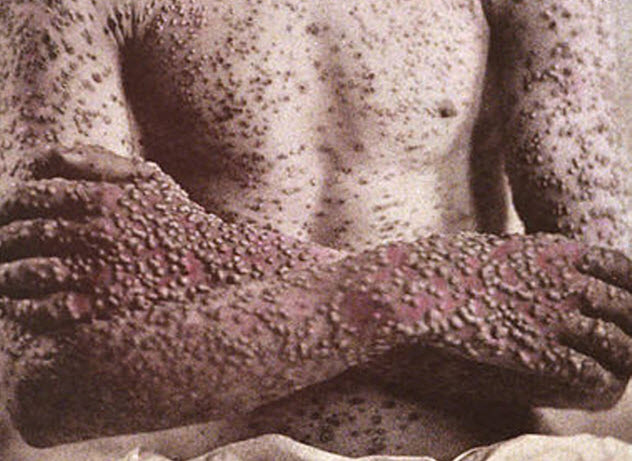 Contact with Europeans, even if it had been completely peaceful, would not have been benign for people living in the Americas or the islands of the Pacific. Unknown to the Europeans, a nearly invisible hitchhiker had come along on their 15th- and 16th-century voyages of exploration: smallpox.

Along with other diseases that Europeans had built up a resistance to over the centuries, smallpox devastated native populations in North America, the Caribbean, South America, and Oceania. Over the centuries, conservative estimates of the death toll from the disease put the number at 60–70 percent of native populations. Powerless to stop the disease and seeking refuge from the high fevers and horrible pain, natives prayed to their gods or committed suicide to ease their suffering.

3 The Fall Of Western Rome 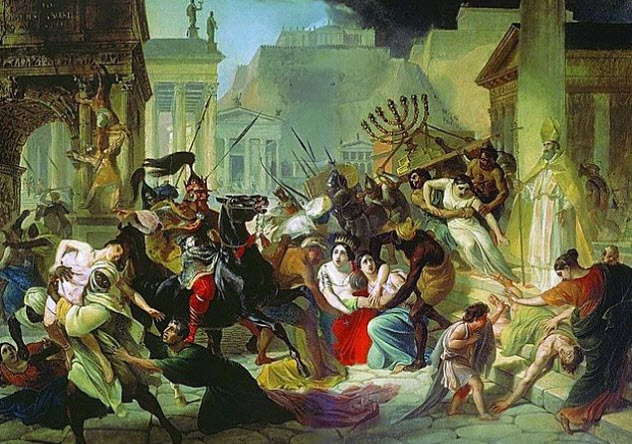 Often lamented in medieval literature and bemoaned in Enlightenment writings, the contraction and eventual collapse of the Western half of the Roman Empire in the fifth century AD must have seemed like the end of everything. Lasting nearly 1,000 years, Rome had a profound impact upon Mediterranean and European cultures.

Many successor states tried to emulate the pattern of Rome with varying success. However, unlike some of the other apocalypses on this list, the collapse of Western Rome was a drawn-out affair rife with invasions, governmental collapse, and starvation.

Roman Britain, for example, was left to its own devices as the legions withdrew and the Germanic Jutes, Angles, and Saxons invaded, reshaping Britain through conquest. Similarly, Germanic tribes filled the void in Iberia, Gaul, and even the Italian peninsula. Goths, Visigoths, and the infamous Vandals—their names and reputations for brutality persist to this day.

These tribes warred with the people who remained, with each other, and with the Eastern Roman Empire which sought (and failed) to recapture the lost Western Empire. It wasn’t until the eighth century that things began to settle down (sort of) in Western Europe.

2 The Fall Of The Qing Dynasty 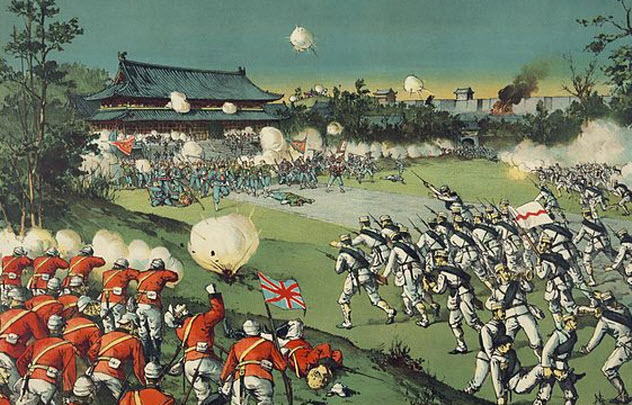 China is—and always has been—the most populous place on Earth. Its governments are in charge of the lion’s share of the Earth’s people. Thus, it is no surprise that when one of their governments collapse, it is devastating to the world’s population.

No collapse—and attendant famine—was more pronounced than the end of the Qing dynasty. By the mid-19th century, the Qing dynasty’s fortunes had waned dramatically. Inflation had put even basic foodstuffs out of the reach of ordinary people, greedy bureaucrats and the rich had forced people off their land, and there was a massive influx of the addictive drug opium.

By the mid-18th century, the Chinese had ballooned to nearly 500 million people. So when the economy did collapse in 1876, millions of people starved to death every single year. Add to that the devastation of the First and Second Opium Wars, and the Qing dynasty’s eventual collapse was all but assured. The chaos which ensued led to tens of millions more deaths due to rioting, starvation, war, and disease. 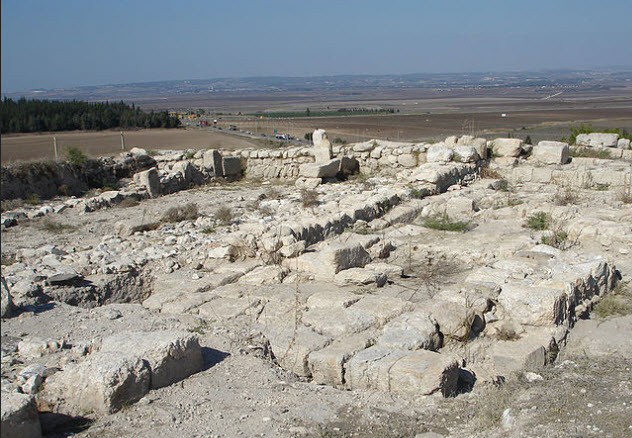 The city of Megiddo (aka Tel Megiddo) was an important hub of trade, culture, and power in the ancient world. It was prized by the two major powers of the time—the Assyrians and the Egyptians—so much so that the town was conquered dozens of times in the ancient period.

What’s remarkable about the town is not its conquest but that the memory of those massive, bloody conflicts have worked their way into popular consciousness, mythology, and the three major Abrahamic religions. The battles which raged between Assyria and Egypt, particularly under Thutmose III, were so horrifying and devastating that the later Greek word for the city became synonymous with the end of the world: Armageddon.

It is believed by many devout followers of Abrahamic religions, such as Christianity, that the last battle of all time between the forces of good and evil will occur there. Interestingly, since that cataclysmic battle in the 15th century BC, there have been dozens of battles, big and small, fought in or near Tel Megiddo, including a major battle in World War I between the British and the Ottoman forces.

Michael is a lecturer at two Midwestern universities and loves to work in the creepy, odd, cool, and strange tidbits into his lectures to illustrate just how cool history is.