Then there are the doomsday prophets who, over the centuries, have repeatedly predicted the end of the world. Given the hundreds of end dates provided, we fortunately seem to have a pretty good success rate for surviving apocalypse theories. Some predictions were based upon close analysis of biblical references. Others involved planetary movements and collisions with comets. Many were just plain weird, to the point of even changing the date when the anticipated apocalypse failed to arrive.

Today’s Internet age has provided a means of delivering these theories to a vast audience within a short time frame. With websites dedicated to imaginary planets, fake news sites, and social media shares, these messages of imminent doom can quickly go viral. It’s surprising how many people have actually believed the world was going to end tomorrow. Again. 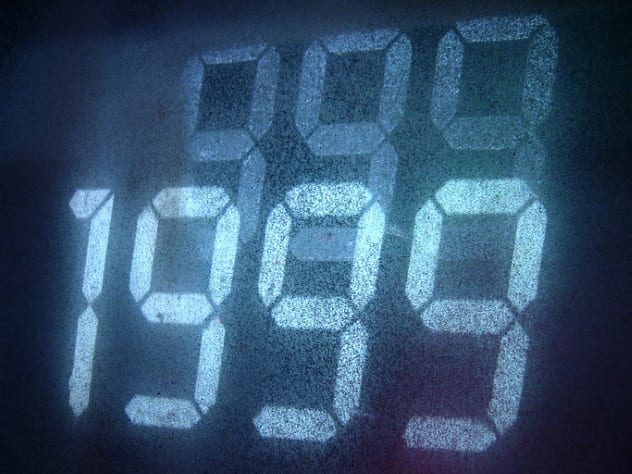 As the calendars clicked over to the year 2000, a combination of uncertainty about the dawning of a new era and widespread scaremongering saw millions of people hoarding supplies and bunkering down for the end of the world as we know it.

Some believed that computer coding issues meant that programs would be unable to recognize the year 2000, crashing systems and causing worldwide chaos. Many feared that on the stroke of January 1, 2000, computers would recognize the new date as 1900.

Millions of dollars were spent worldwide preparing for “Y2K” or the “Millennium Bug,” which was supposed to affect everything from banking and retail to emergency services and airplane safety systems. Even the skeptics were hoarding extra groceries, water, and flashlights “just in case” essential services actually did fail.

On the stroke of midnight, the predicted global meltdown failed to eventuate, and the world as we know it continued to go on.[1] 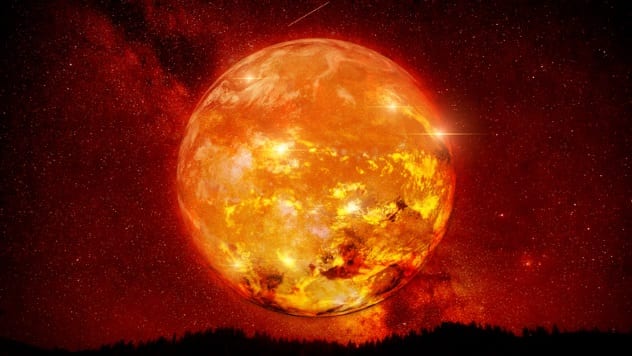 The fictional planet “Nibiru” (also referred to as “Planet X”) first failed to collide with Earth on May 27, 2003. Nibiru is said to be a planet which sits on the outskirts of our solar system. Some followers claim that the planet’s orbit is controlled by a giant UFO.

Nancy Lieder claimed in 1995 that a brain implant enabled her to communicate with aliens in the Zeta Reticuli system. She believed it was her chosen mission to warn the world of the impending end to humanity.[2]

NASA scientists have repeatedly refuted the existence of the planet, suggesting that at most, it’s a small, inconsequential comet, if it’s anything at all. This has sparked claims of a cover-up from believers in Nibiru.

A number of dates have been proposed for the apocalypse since 2003. When the planet fails to arrive, the date is shifted to a new estimated time of arrival. It would seem that Lieber’s extraterrestrial communications may be a little unreliable. 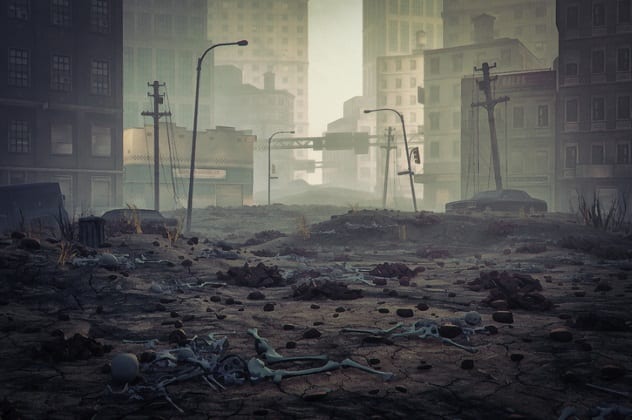 Ohio-based pastor Ronald Weinland took to the Internet to warn everyone that the world would end on September 30, 2008. The minister of the “Preparing for the Kingdom of God” church also released a book in 2006, stating that he and his wife had been appointed as witnesses to the end of the world.

Citing biblical references and a complex series of events which would occur in the lead-up to Armageddon in a series of sermons streamed live on the Internet, Weinland urged his followers to prepare for the end in 2008.

Unfortunately, there had been an error in Weinland’s calculations, so the apocalypse didn’t appear as expected. Under his new calculations, it was due on May 7, 2012. After that, it was May 19, 2013. Weinland was found guilty of tax evasion in 2012.[3] 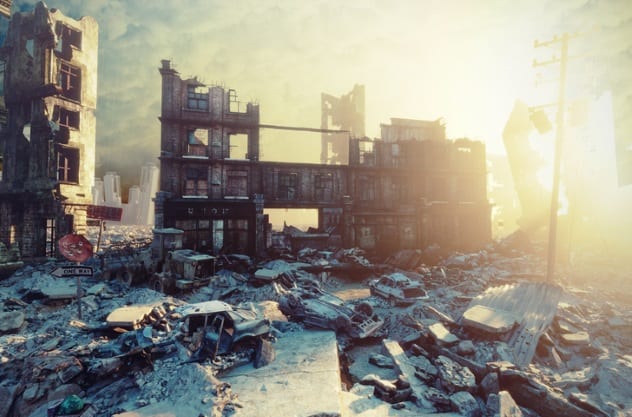 Evangelical broadcaster Harold Camping advised the world that it was due to end on May 21, 2011. His radio ministry invested in an extensive advertising campaign to warn the world of impending doom. Billboards, motor vehicles, and radio advertising spread the word that the end of the world was nigh.

According to Mr. Camping’s revelations, true believers would ascend into Heaven on that date, while the rest of the world would suffer a catastrophic earthquake. A number of followers divested themselves of their worldly goods in preparation, only to be sadly disappointed when the day passed without the forecast doom.

A review of the scripture revealed to Mr. Camping that he had failed to factor in God’s mercy, which would extend the date of impending doom until October that year. Mr. Camping’s previous predictions of a 1994 apocalypse had also failed to come to pass.[4] Throughout history, the appearance of comets has always been seen as a harbinger of doom. So when Russian astronomer Leonard Elenin first spotted Comet Elenin late in 2010, the doomsday theorists hit the Internet. The armchair astronomers predicted everything from earthquakes and tidal waves to a full-on collision with Earth between August and October 2011.

This was despite the fact that the comet was some 647 million kilometers (402 million mi) from Earth when it was first spotted. Mainstream news all but ignored the existence of the comet, as there wasn’t really very much to report, according to the facts provided by space scientists.

NASA astronomers assured the world that the comet posed no threat to life as we know it.[5] In fact, the object broke into small pieces during its journey through the inner solar system in 2011. 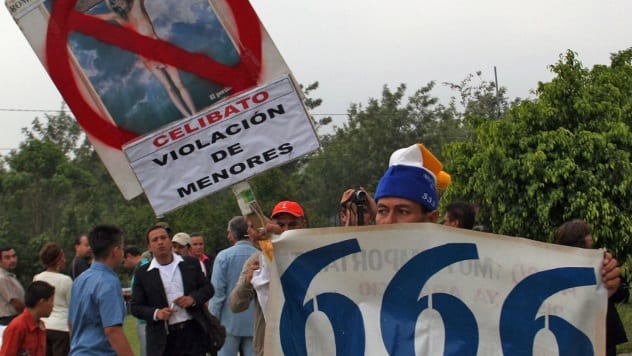 Followers of the Miami-based sect “Growing in Grace” proclaimed the end of the world would occur on June 30, 2012. According to their leader, Jose Luis de Jesus Miranda, on that date, his followers were to be transformed into magical beings that would fly and walk through walls. The cult leader claimed he was a reincarnation of Jesus, a fact which was revealed to him through talking to the prophets.

According to the cult, on June 30, 2012, the Earth’s rotation would accelerate to a speed of 107,289 kilometers per hour (66,666 mph). Jose Luis de Jesus Miranda turned 66 in 2012. All cult members were tattooed with the numbers “666.” These inexplicable coincidences all pointed to the inevitable end of the world as we know it on the predicted date.[6]

Advertising billboards were erected to proclaim the date on which his followers would be taking over the world. As usual, July 1, 2012, arrived without incident. 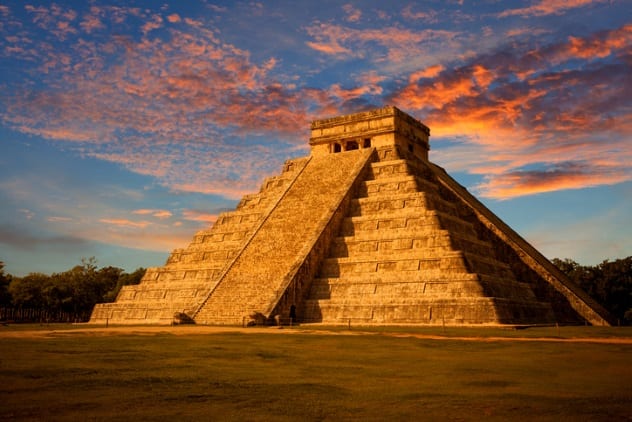 According to some scholars, the ancient Maya calendar indicated that the end of the world was coming shortly before Christmas 2012. Misinterpretations of the ancient calendar suggested that it ended on December 21, 2012, signaling the end of time.

So popular was the “2012 Phenomenon” that many were pointing to natural disasters and world events at the time as indications that the prophecy was unfolding. Once again, the Internet was flooded with theories of galactic collisions that would mark the end of the world on that date.

Yet again, NASA scientists were quick to debunk the doomsday theories, seeking experts to explain the complexities of the Maya calendar. The Maya perception of time was infinite, and therefore their calendar could not be said to pinpoint a specific date in time or be read in the context of our modern calendars. Nor were there any other indications in Maya culture of a cataclysm on that date or of any potentially Earth-shattering comets or planets currently on NASA’s radar.

NASA was so confident that the Earth was safe that they issued their press release a day early. As was the case with the previous predictions, the world continued to turn on December 22, 2012.[7] 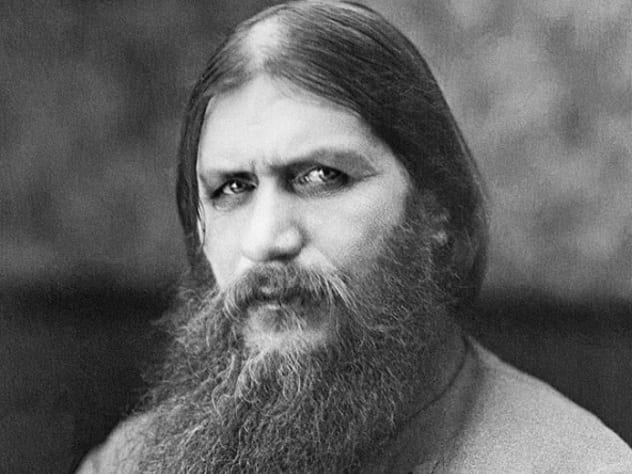 Grigori Rasputin was a holy man most famous for his connections with the ill-fated Russian Royal family. Dubbed the “mad monk,” Rasputin’s “mystical powers” were claimed to have cured the Russian prince of the blood disease hemophilia. In letters to the Russian royal family during the revolution, he made a number of accurate “predictions,” such as his death at the hands of government officials and the subsequent murder of the Russian royal family.

These, however, may have been more of an astute understanding of the political turmoil of the time than any mystical revelation. Among the predictions in his final letters was the suggestion that the “second coming” would occur on August 23, 2013, and that the Earth would be consumed by fire—yet another apocalypse that failed to materialize.[8] 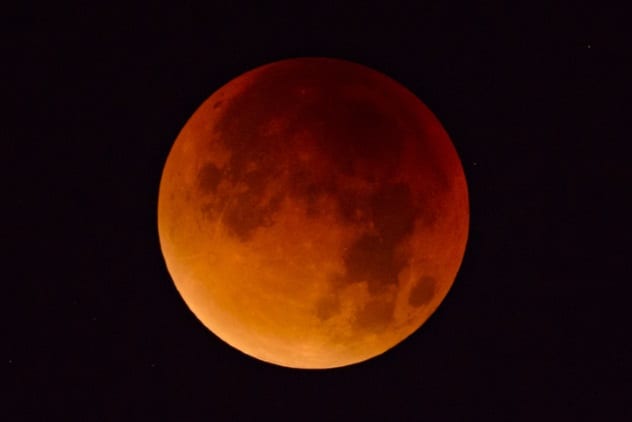 In 2014, we once again managed to escape the “Blood Moon Prophecy.” In fact, this was the 62nd time in 2,000 years that we have escaped a lunar-induced apocalypse, specifically the end that’s supposed to come after a series of four lunar eclipses, referred to as a tetrad. Biblical scholars have long cited references from Acts and Revelation where “the sun shall be turned into darkness, and the moon into blood” as a biblical verification that the lunar eclipse signifies the imminent end of the world.

Christian pastor Mark Bilz predicted that a series of eclipses in 2014 would mark the beginning of the apocalypse, while John Hagee, author of Four Blood Moons, also suggested that the string of blood moons would mark the end of the world. Both these predictions attracted wide attention, with some people actually hoarding supplies in preparation for the impending apocalypse. However, like every lunar eclipse before them, nothing happened other than the Moon being temporarily shadowed.[9] 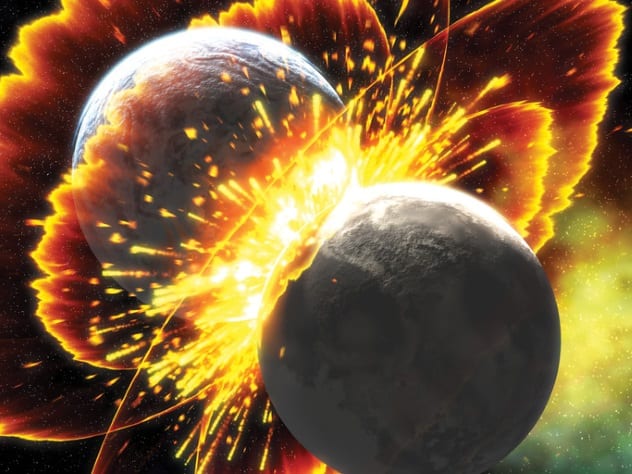 In 2015, Nibiru was once again threatening life on Earth, with claims that its collision course with our planet would end on September 23 that year. According to conspiracy theorist David Meade, NASA was hiding information on the planet from the general public.

Biblical verses indicated that the apocalypse would definitely arrive shortly. When Nibiru appeared to miss its connecting flight in September 2015, the estimated time of arrival was revised to October 15 that year. Nibiru’s latest no-show was on April 23, 2018.

NASA once again continued to reassure worried stargazers that Nibiru was nothing more than an Internet hoax. Given the number of times the mythical planet has failed to show up this decade, you tend to believe them.

Read about some more predicted apocalypses on 10 Upcoming Doomsdays To Mark On Your Calendar and 10 Doomsday Predictions Beyond 2012.