Déjà vu is the name given to the unsettling feeling we get when we feel we have been in the exact same situation before. For a few seconds, we are convinced that we have lived the moment previously—to the point where it almost feels like we can predict what is going to happen next. Then just as quickly as the bizarre feeling comes, it goes and we’re back to our normal reality.

Although an actual cause of déjà vu has yet to be confirmed by science, over 40 theories have been proposed to try to explain it. This list includes 10 of the most interesting and thought-provoking examples! 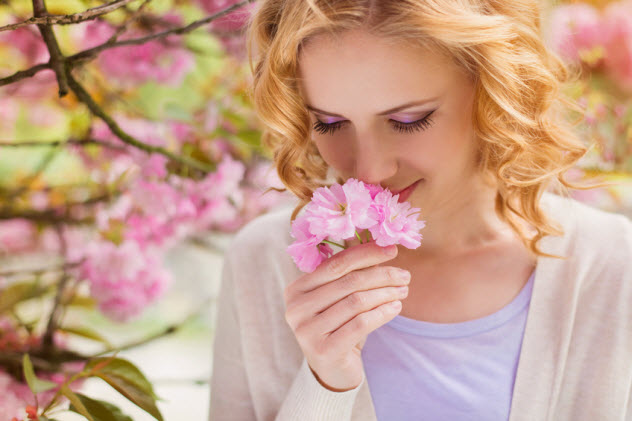 This hypothesis tries to explain the sensation of déjà vu by linking it to our sensory perspectives. A famous psychological experiment, the Grant et al study, shows that our memory is context dependent, meaning that we can recall information better when placed in the same environment in which we studied it.

This helps to explain déjà vu by showing how stimuli in the environment can easily provoke a memory. A certain sight or smell might trigger our subconscious mind to recall a time when we saw or heard the same thing.

This would also explain why the same déjà vu experiences can recur. When we remember something, it increases the strength of our neural pathways, meaning we are more likely to recall something which we repeatedly think about.

However, this theory doesn’t offer an explanation as to why déjà vu occurs when the person experiencing it doesn’t recognize any of the stimuli involved in the déjà vu. 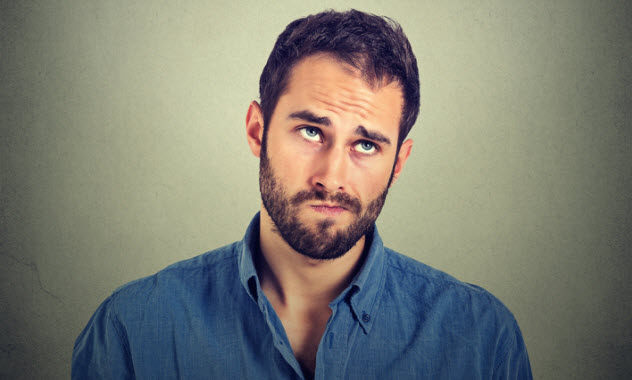 Similar to the previous theory, this hypothesis is another that involves memory acting incorrectly or using “higher processing.” When we originally perceive something, our brain places it into our short-term memory. If we continue to revise the processed information, it will eventually be transferred into our long-term memory where it is easier for us to retrieve.

Items stored in our short-term memory will be lost if we do not make an effort to fully encode them. (For example, we will only temporarily remember the price of an item we bought.)

This theory suggests that when we perceive something, our brain is simultaneously trying to encode the new memory into our long-term memory, thereby creating the uncomfortable illusion that we have experienced it before. This theory may be confusing because it doesn’t explain why the brain has timing errors in some moments but not others, although this could be due to a small malfunction in the brain that is common to us all. 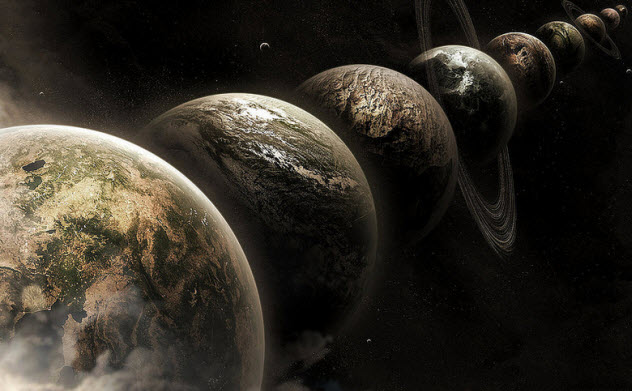 The idea that we live among millions of parallel universes containing millions of versions of ourselves carrying out our own lives with a diversity of different possibilities has always been a somewhat exciting thought. Déjà vu could actually contribute to this theory!

Believers in this theory claim that the human experience of déjà vu can be explained by considering the unsettling feeling of having lived a moment before as a “crossover” with a parallel universe. This would mean that whatever you’re doing while experiencing the déjà vu, a parallel version of you is doing it in a different universe simultaneously, therefore creating an alignment between the two universes!

Although intriguing, this theory is not backed with much scientific evidence, which makes it difficult to accept. However, the multiverse theory, which states that millions of universes form randomly side by side with only an exceptional few forming with the accessories to support life like ours, could help to assist this hypothesis. 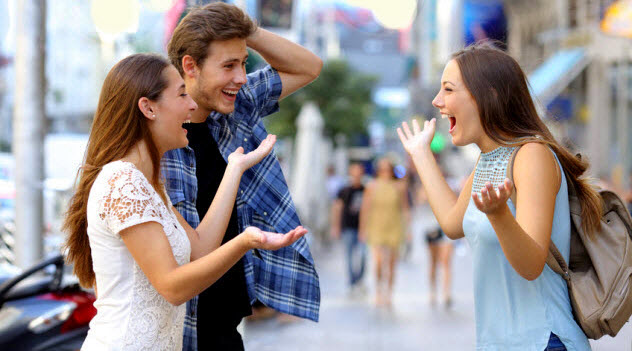 When we recognize a stimulus in our environment, we are using our “recognition memory” which comes in two forms: familiarity and recollection.

Recollection memory is when we recall seeing something which we have seen before (such as recognizing someone who lives on your street in a local store). This is our brain retrieving and applying true information which we have encoded into our memory.

Familiarity-based recognition, however, is a little different. This is what happens when we believe we are seeing something we recognize, but we have no memory of it actually happening previously (such as seeing someone familiar in a local store but not being able to recall why we recognize them).

Déjà vu could be a form of familiarity-based recognition, which would explain why we have such strong feelings of recognition when we experience the déjà vu. This theory has also been psychologically tested by having participants look at a list of celebrity names and later a collection of celebrity photos. However, some of the photos were not included in the names given to the participants earlier.

Even so, the participants still showed faint recognition of the celebrities they could not identify solely through the photographs if their names had appeared on the list earlier. This could mean that déjà vu occurs when we have a faint memory of something happening previously, but the memory is not strong enough for us to recall where we remember it from. 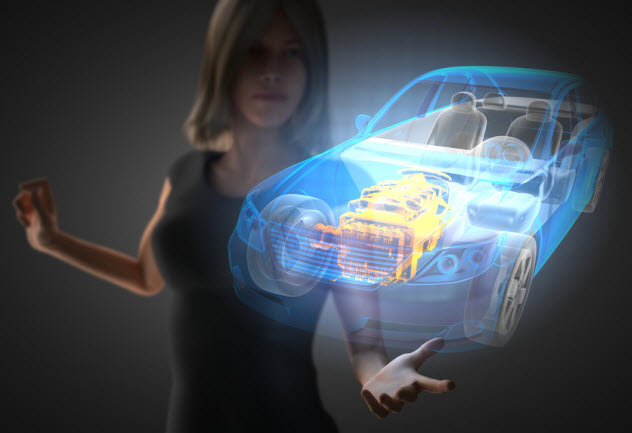 The hologram theory is the idea that our memories are formed like three-dimensional images, which means they have a structured frame network to them. This theory, proposed by Hermon Sno, suggests that the entire formation of a memory can be reconstructed by one element.

Therefore, if one stimulus in your environment (a sound, smell, etc.) reminds you of a previous moment you have experienced, the entire memory can be recreated by your mind like a hologram. This explains déjà vu by suggesting that when something in our current environment reminds us of our past, our brain makes a connection to the past event and produces a “hologram” of the memory to make it feel like we are reliving it.

The reason we don’t recognize the memory after the moment of déjà vu has passed is because the stimulus that triggers the formation of a hologram memory is often hidden from our conscious perception. You may experience déjà vu when picking up a can because the feeling of the metal is the same as a bike handle you once had. 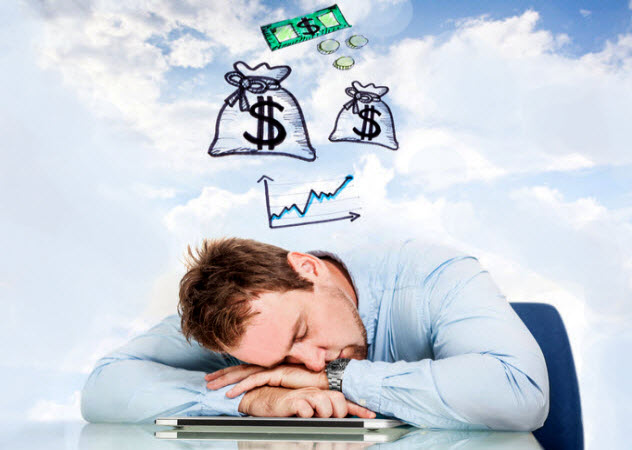 A precognitive dream is where a dream we have predicts something that happens in the future—someone finds themselves in a situation they had previously dreamed about. A lot of people report having precognitive dreams about great tragedies (such as the sinking of the Titanic), suggesting that humans have a subconscious sixth sense!

This could explain déjà vu by suggesting that the moment we have the experience of living something before is when we have previously dreamed about the present happenings. For example, you may have a dream about driving on a certain road and then later you drive on the same road as the one in your dream.

You have a precognitive recollection of the road which allows you to recognize it. As dreaming is not a conscious process, this explains why we don’t consciously recognize the stimulus (the road from the example) yet still feel that it is familiar. 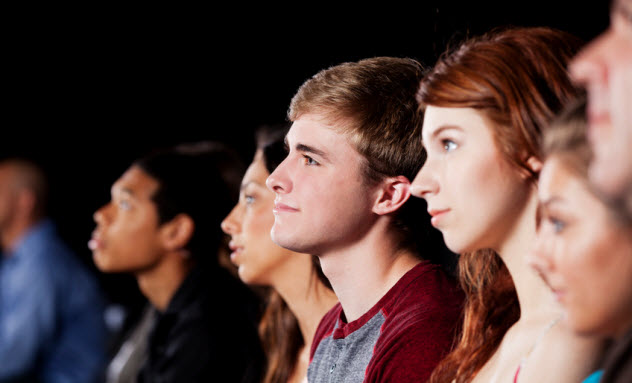 Divided attention theory suggests that déjà vu occurs due to a subliminal recognition of the object in our experience of déjà vu. This means that our subconscious mind (the thoughts that we are unaware of) recalls the stimulus, but our conscious mind doesn’t.

This theory was tested in an experiment involving student participants who were shown a series of images of different locations and then asked to identify which locations they were familiar with. However, prior to the experiment, the students were flashed images of some of the locations they had never visited. (The images didn’t last long enough for their conscious minds to register them.)

This means that déjà vu could be our recognizing a message we have received subconsciously. Believers in this theory believe that subconscious messages can be communicated to us through the Internet, TV, and other social media devices. 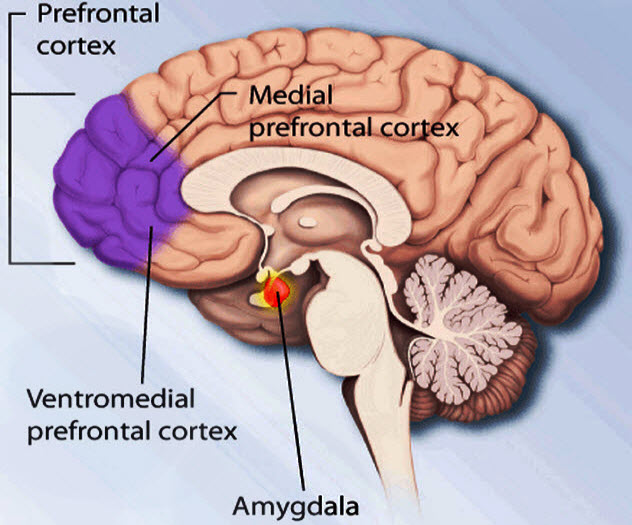 The amygdala is a small region of our brain. With one located in each cerebral hemisphere, the amygdala is involved in our experience of emotion (most commonly anger or fear).

The amygdala is responsible for our fear response to things in our environment. So if you’re afraid of spiders, your amygdala will process your response when you see one. When we’re put in a dangerous situation, our amygdala may act to temporarily disorient our brain. If you were standing underneath a falling tree, your amygdala may have a panic response that causes your brain to malfunction.

The amygdala can be used to explain déjà vu if we consider the moment as a temporary brain malfunction. If we are placed in a situation that is almost the same as a situation we have been in before but it is changed somehow (for example, the layout of a house may be identical to another you have been in, but the actual furniture could be different), our amygdala could produce a panic response. This means we are put in a temporary state of confusion, and this could be our experience of déjà vu. 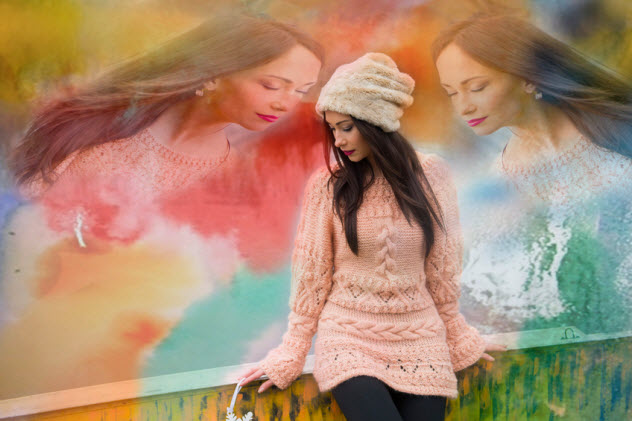 The general theory of reincarnation is that we lived as someone else in a previous life before we were born into this life. Although there are some intriguing accounts of people who seem to recall accurate personal details of their past lives, believers in reincarnation claim that the majority of us move into the next life with no recollection of the previous one.

As déjà vu occurs in an abnormal level of consciousness, the theory of reincarnation would explain the experience by referring to the moment as a signal from a previous life. There could be a trigger in the environment which allows the transition of consciousness to occur. Perhaps we recognize a certain sound, smell, or image from our previous existence and momentarily remember our previous life (which would explain why we feel we are reliving the past in the present).

However, there is no way to scientifically prove or disprove this theory. It all comes down to a matter of faith! 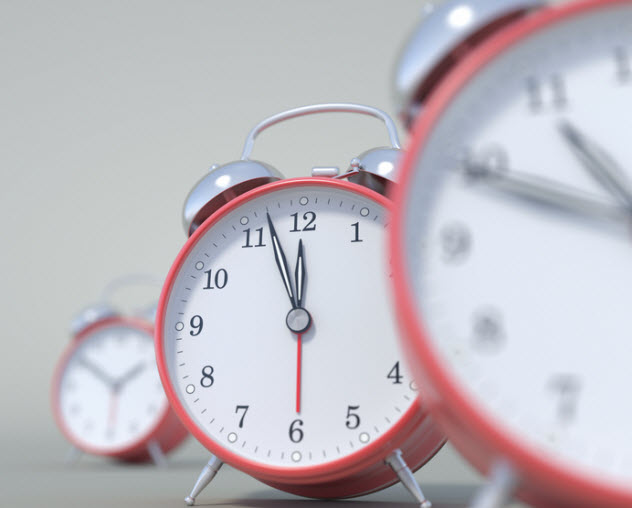 The “glitch” theory is perhaps the most bizarre yet exciting explanation included on our list. Déjà vu may seem like a minor moment in your lifetime which you soon forget after it happens, but if this theory is true, déjà vu could actually be a phenomenal event.

Glitch theory describes déjà vu as a momentary breakdown in our reality. Einstein famously suggested that there is no such thing as time—that time is a human creation made to establish order and structure.

However, time might simply be an illusion from which déjà vu gives us a small break. This would explain why we feel we have lived the moment before. If time is a made-up convention, then what we believe to be the past, present, and future are actually all happening simultaneously. Therefore, when déjà vu occurs, we are simply slipping into a greater level of consciousness where we are able to live more than one experience at the same time.

This theory has wider implications, too. If déjà vu is really a glitch in reality, this may mean that damage to the foundations of our universe are created whenever an experience of déjà vu occurs. Some people hypothesize that these are the moments when UFOs can be sighted because déjà vu opens up bridges between different realities.

Exciting . . . yet so far impossible to prove.

Jaydon is a 17-year-old literature, drama, and psychology student from the UK. He’s very interested in writing, creativity. and discovery.