You can find almost anything for sale at auctions. Some incredible items, including human remains, have been sold. Whether at traditional auction houses or online, sellers have parted with body parts, including those of famous people, sometimes for big bucks.

These anatomical bits and pieces include a decapitated head, brains, pigtails and hair clippings, teeth, a hand, a finger, a thumb, a leg, entire skeletons, and even a penis. Everything, it seems, does have a price, and someone, somewhere, is willing to buy anything. 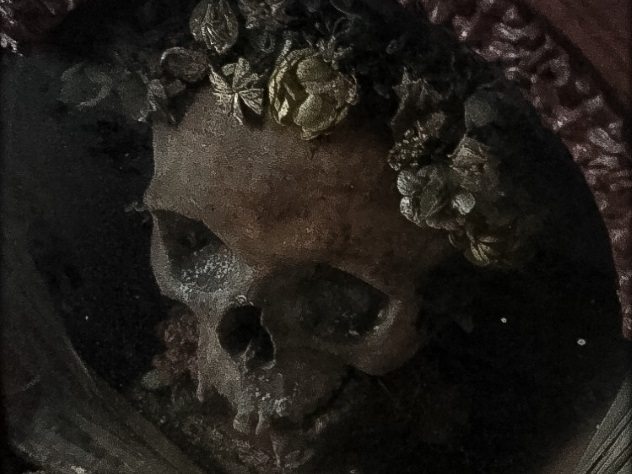 On May 29, 2011, the decapitated head (actually, skull) of St. Vitalis of Assisi (1295–1370), the patron saint of people with genital diseases, was put on the auction block in County Meath, Ireland. Stored in a Queen Anne case, the gruesome relic was offered for sale by an Anglo-Irish family. The “guide price” for the object recommended between between €800 and €1,200.

An Italian hermit who lived in poverty, the monk died in 1370. Although his early years were characterized “by licentiousness and immorality,” Vitalis became a saint later in his life and sought atonement for his sins by undertaking pilgrimages to a number of sanctuaries. No one knows how his head came to Ireland, but its owners “acquired it on the ‘grand tour’ of Europe [ . . . ] during the 19th century.”[1]

A Hollywood actor purchased the skull for €3,500, four times its reserve price. The buyer is said to have “wanted the head for its ‘shock value.’ ” Higher bids, including one of €10,000, were offered, but they weren’t accepted because those who offered them intended to take the saint’s head out of Ireland. 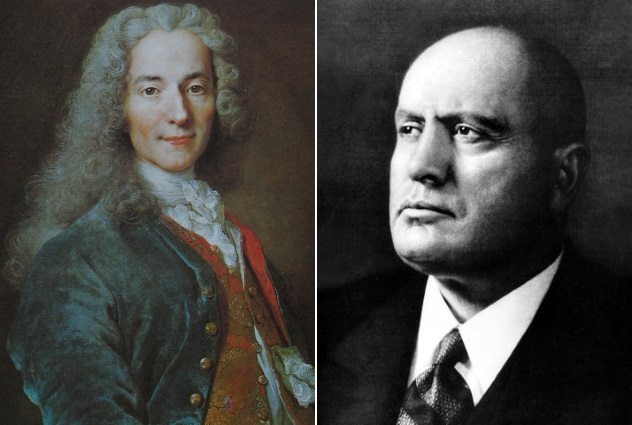 Edouard Giard, the French Auctioneers’ Association’s honorary president, said the brain of the famous French Enlightenment author Francois-Marie Arouet (1694–1778), who’s better known by his pen name Voltaire, was most likely sold at an auction. After a “dispute” between his heirs and the French government concerning “the disposition of his heart and brain,” the latter was “included in a sale of furniture and never traced.” The heart of the author who wrote the classic Candide, or Optimism was presented to the Bibliotheeque Nationale.

The blood and brain of Italian dictator Benito Mussolini (1883–1945) were reportedly briefly offered for sale in an eBay auction. After Mussolini was killed at the end of World War II, his body was autopsied at a Milan hospital, from whence it was stolen, according to his granddaughter, Alessandra Mussolini. The initial asking price for the dictator’s blood and brain was €22,290, but the price dropped to €15,000 before eBay withdrew them, saying the auction of “any human organic material” violates the company’s policies.[2] 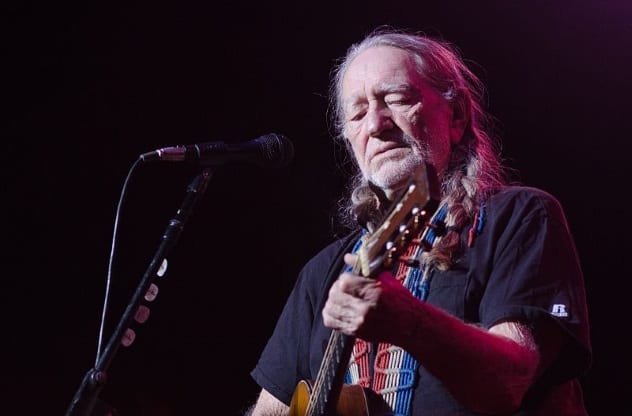 In India, Hindu pilgrims cut off their hair as an offering to Lord Venkateswara, a form of the god Vishnu. After their hair is shaved at Sri Venkateswara Temple in Tirumala, Andhra Pradesh, Patheti Srinivasarao collects, categorizes, and sells it. He does a brisk business, handling 900 kilograms (1,984 lb) of hair each day. The sale of the hair raises millions of rupees for the temple.

Indian hair, described as “both thin and strong,” is a hot commodity in the manufacture of wigs and hair extensions. The shaving of one’s hair is required at least once in a Hindu’s lifetime, “as a way of shedding the ego, ridding oneself of sin and making a vow to the gods.” The temple hopes to cash in on the international demand for Indian hair by selling it abroad as well as locally.

Celebrity hair also sells well. After country singer Waylon Jennings died in 2002, items of his estate were sold in an eBay auction. Among them were country music star Willie Nelson’s pigtails. He’d cut them off as a gift for Jennings after Jennings beat his drug addiction. The pigtails sold for $37,000.[3] 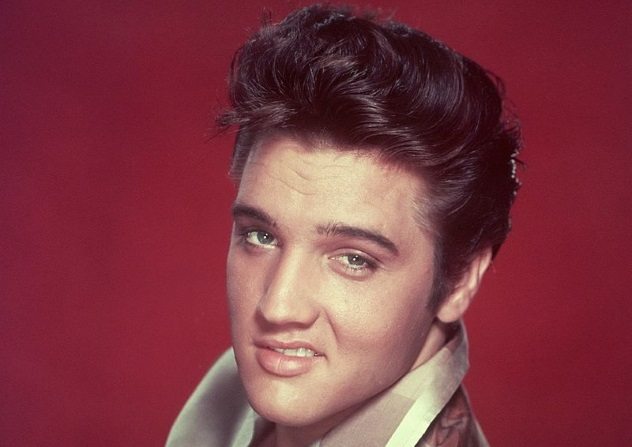 In 2012, a vial containing clippings of the hair of rock ‘n’ roll great Elvis Presley (1935–1977) sold at the Music Icons and Sports Legends Auction at Julien’s Auctions in Beverly Hills, California, for $4,160. The buyer was Homer Gil Gilleland, who’d been Presley’s personal hairstylist. Over the years, Gilleland attached locks of the legendary vocalist’s hair to his own business cards and gave them as gifts to his friends. Other clippings of the rock star’s hair have also been sold at previous auctions for thousands of dollars.

In a 2002 Internet auction, a lock of Presley’s hair sold for a whopping $115,000, beating out the winning bids for hair from Beatles member John Lennon ($48,000), composer Ludwig van Beethoven ($7,300), and President John F. Kennedy ($3,000). Presley’s hair also brought in more money than the hair of celebrities that had sold at previous auctions, including that of baseball legend Mickey Mantle ($6,900). Only the tresses of the revolutionary Che Guevara, offered by a former CIA employee, outsold that of the King of Rock and Roll, but Guevara’s $119,500 winning bid included his fingerprints and photographs of his corpse.[4] 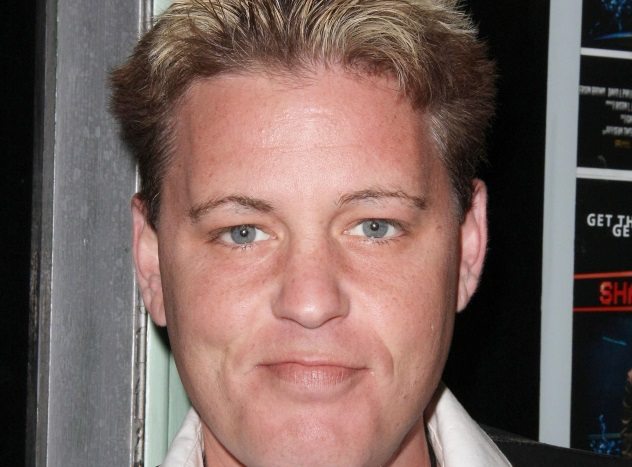 Initially, he had trouble unloading the items; eBay put an end to Haim’s auction, as selling body parts online violates its policies. Haim then sold them on another website for an “undisclosed” sum.[5] 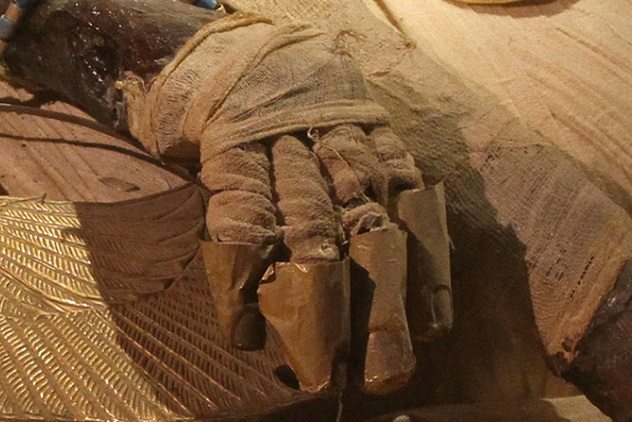 In 2007, the I.M. Chait Gallery rented a showroom on Fifth Avenue in New York City for its “natural history” auction. Among the items sold was an Egyptian mummy’s hand.[6] It was thought that the Ripley’s Believe It Or Not! organization would snap up the hand, but Anders Karlsson, who owns a Santa Monica, California, gallery, offered the winning bid, buying the gruesome artifact as a “family heirloom” for $4,500.

The hand couldn’t be offered on eBay because of the company’s policy against selling human body parts. Prior to Karlsson’s purchase, a New Jersey antiques dealer owned the hand, which he obtained from the British Museum. A New York collector, in turn, bought the hand. Since then, Egypt has made “the export of its cultural heritage” illegal. 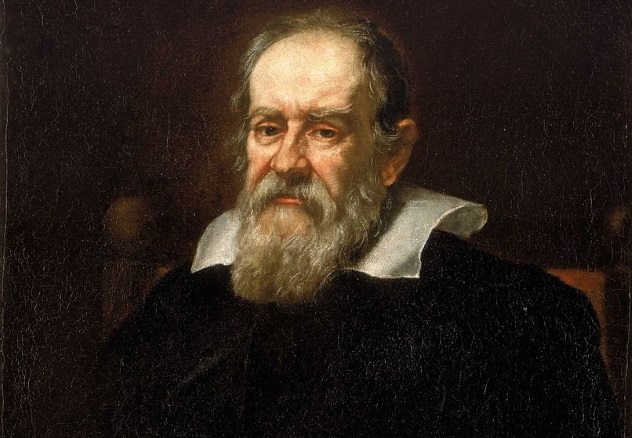 Italian scientist Galileo Galilei (1564–1642) left parts of himself behind: a finger, a thumb, and a tooth, which were found in 2009 by an art collector. For 95 years after his death, the Catholic Church refused to allow Galileo’s body to be buried in consecrated ground on the basis that his teachings contradicted Church doctrine. In 1737, the Church relented. During Galileo’s much-belated burial ceremony, Giovanni Targioni Tozzetti, a science historian, cut the digits and tooth, “along with another finger and a vertebrae [sic],” from the famous scientist’s corpse. Although Tozzetti was tempted to steal Galileo’s skull, he managed to leave it behind.

The finger, thumb, and tooth exchanged hands several times before they were lost in 1905. After they were found, they were sold to a collector at an auction as “unidentified artifacts.” The other finger and the vertebra that were removed from Galileo’s body “have been conserved since 1737 in a mummified state in museums in Florence and Padua.” The rest of Galileo’s remains repose in Florence’s Santa Croce church, across from the tomb of Michelangelo.[7] 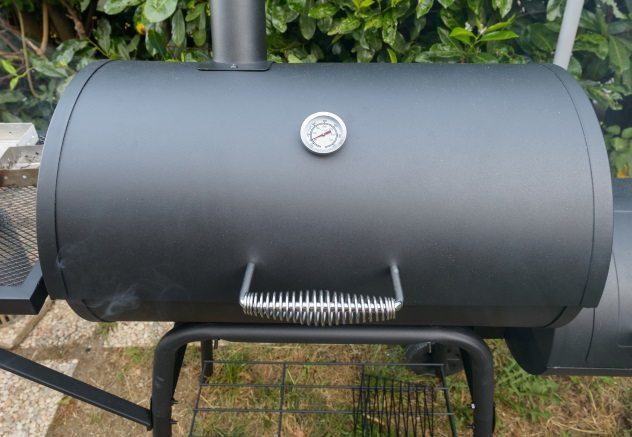 John Wood was severely injured in a 2006 airplane crash in which his father died seated beside him. A year later, due to the injuries he’d sustained, Wood had to have a leg amputated. He kept the amputated limb in memory of his father, storing it in a barbecue smoker. The smoker was auctioned, along with the leg, while Wood lived in Maiden, North Carolina.

After Shannon Whisnant bought Wood’s mummified leg, intending to exhibit it as a tourist attraction, Wood appeared on Judge Mathis, a reality TV court program, to successfully sue for the limb’s return. For a while, Wood stored the leg in his golf bag, but he’s since transferred it to his closet.[8] 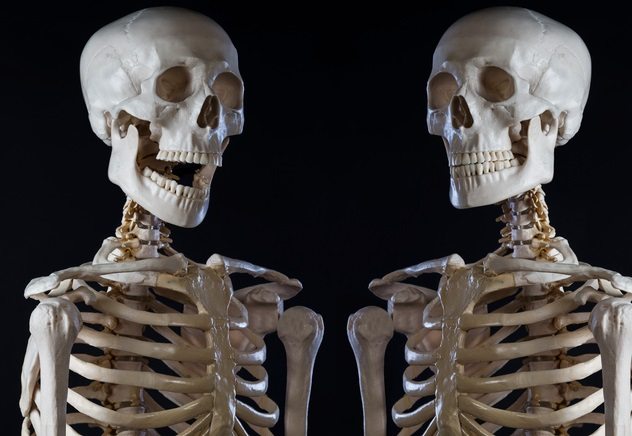 Two skeletons, one male, the other female, were sold in 2012 at a Schnecksville, Pennsylvania, auction. The skeletons belonged to a collector of “bizarre things” who’d purchased them at an auction in New York City. The bones had been items in a mortician’s collection. Both skeletons were at least a century old. 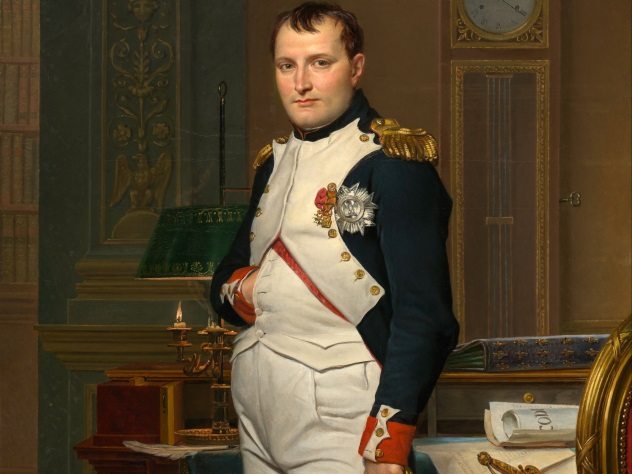 Napoleon Bonaparte wasn’t tall, and it seems he wasn’t especially well-endowed, either. During his autopsy, his penis, among other organs, including his heart and stomach, were removed by the doctor. Somehow, the French emperor’s penis ended up in the possession of an Italian priest, whose family sold it to a London bookseller as a “mummified tendon.” The buyer, in turn, sold it to a bookshop proprietor in Philadelphia, Pennsylvania. In 1927, the much-traveled appendage was exhibited in New York City at the Museum of French Arts. Time magazine described the appearance of Napoleon’s virile member as resembling “a maltreated strip of buckskin shoelace,” while a newspaper likened it to “a shriveled eel.” Eventually, Napoleon’s penis was sold at an auction to American urologist John Lattimer in 1977.

Tony Perrottet, author of Napoleon’s Privates: 2,500 Years of History Unzipped, wrote that Napoleon’s penis “looked a bit like beef jerky.” It was offered for sale to the French government, but officials not only turned down the opportunity to buy the artifact but also refused to admit it exists. The most recent buyer, Lattimer, who tended to Nazi prisoners during the Nuremberg trials and “worked on the autopsy” of John F. Kennedy, collects bizarre artifacts. His collection includes Abraham Lincoln’s bloodstained collar, upholstery from the limousine in which JFK rode when he was assassinated, and Herman Goering’s suicide vial. Lattimer bought Napoleon’s penis to remove it from circulation, he said, and to prevent it from continuing to be “an object of derision.” The 3.8-centimeber (1.5 in) organ is now safely stored in a briefcase, under Lattimer’s bed, away from prying eyes.[10]