Coconuts have been making it big as a dietary supplement, healthy beverage, and hipster-foodie superstar ingredient. But these aren’t the only things the “fruit of life” has been known for. 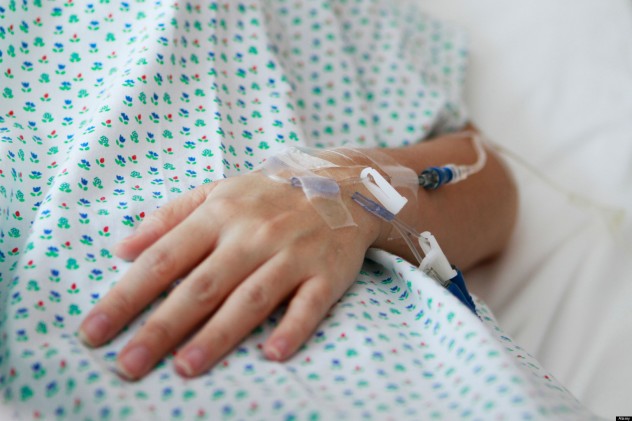 The humble coconut has many well-documented health benefits when eaten, many of which have been covered in numerous health publications, but in this case, the advantage is far more direct.

As it turns out, coconut water is a workable short-term substitute for human blood plasma and was positively tested as emergency intravenous fluid as far back as the ’50s. There’s been at least one documented case where a coconut IV was used in the Solomon Islands to treat a severely dehydrated patient. 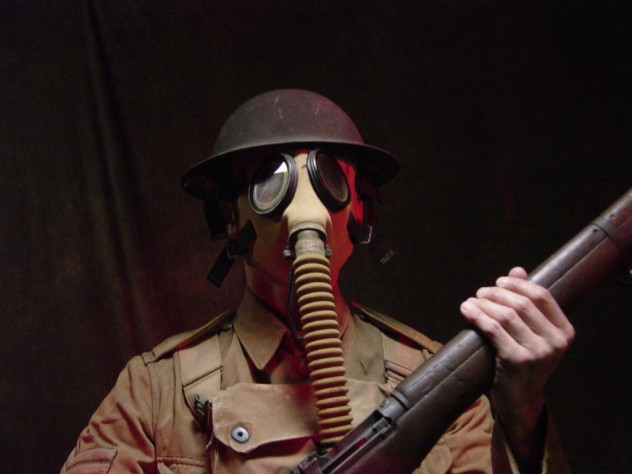 World War I introduced the concept of large-scale gas warfare, which made gas masks a necessity for survival. Gas masks use carbon to scrub the air clean, but not all carbon is created equal. Gas mask manufacturers in the US developed the use of steam-activated coconut char—obtained by burning coconut husks—as an important component in gas mask production. They found that masks using coconut carbon were superior at filtering noxious substances.

Even now, coconut-fired carbon is still an important ingredient in cleaning up radiation and was heavily used in the cleanup project at the Fukushima nuclear plant. 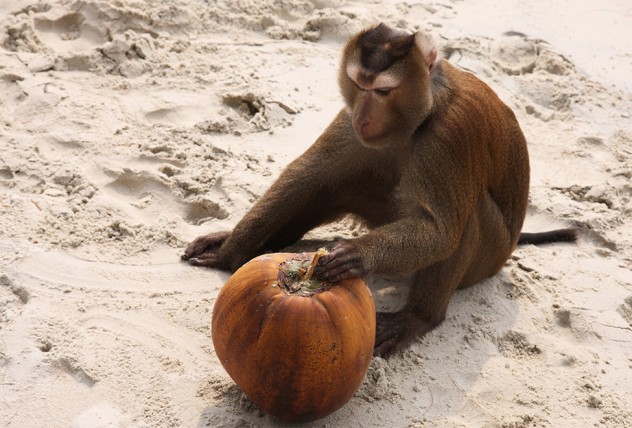 Palm trees are dangerous for humans to climb, and it can be awkward trying to wrench a 10-pound coconut free while holding on for dear life. That’s why coconut farmers have enlisted some simian specialists to do the dirty work for them.

In tropical countries like Sumatra, farmers train monkeys to harvest their coconuts. Most farmers control the beasts with a long leash, but some monkeys are so well-trained they respond to their owner’s voice. These animals are in such high demand that they can fetch quite the penny. 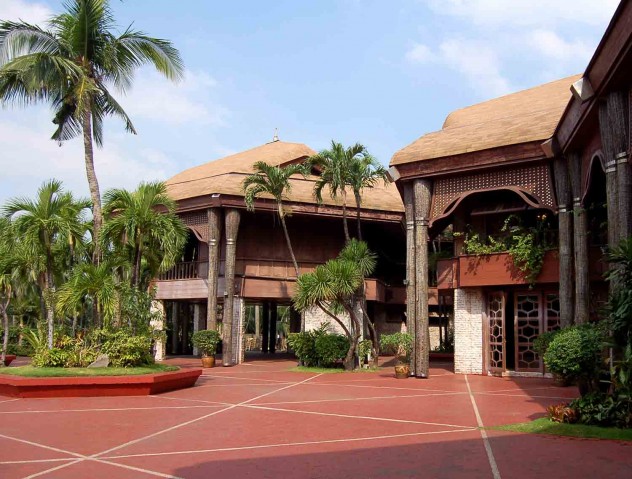 Not only is the coconut good eating, it’s also an excellent building material. At least, that’s what former President of the Philippines Ferdinand Marcos thought when he commissioned the Coconut Palace.

Seeking to impress Pope John Paul II during his visit to the Philippines, Marcos ordered the opulent structure built for the whopping sum of 37 million pesos ($10 million). Seventy percent of this two-story structure is built from coconut lumber. Other assorted components of the coconut tree and fruit are also incorporated into the decor and architecture.

Did the Coconut Palace make an impression on the Pope? Yes, but not the intended one. Pope John Paul II judged the palace too pretentious and flamboyant for his tastes (not to mention irresponsible in the face of the country’s high poverty rate), and he decided to stay elsewhere.

6 The Art Of The Coconut 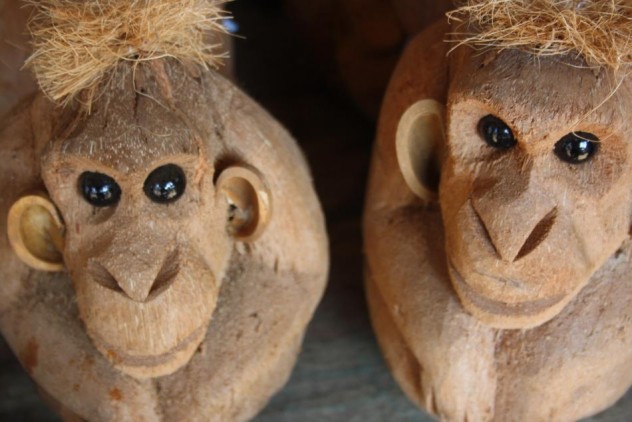 Gifted artists can create beauty out of anything, and the coconut is no exception. It’s been used as a medium for sculptures both crude and intricate, involving great levels of detail and skill. The smooth, unbroken coconut shell also makes a great canvas for festive paintings.

Coconuts are also an integral part of some tropical folk dances and cultural performances. Take the maglalatik, for instance, which is a dance indigenous to the Philippines. It employs coconut shell halves strapped to various parts of a male performer’s body and used as makeshift drums. 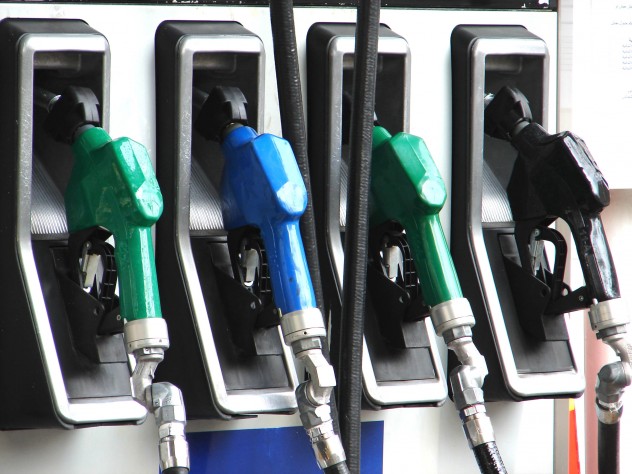 Coconuts are good fuel for the body, but did you know that it’s also a planet-friendly fuel for machinery? Biodiesel has been making the rounds as a fossil fuel alternative, and coconut trees happen to be one of the plants that can produce oil in workable quantities. Not only that, but coconuts can perform multiple roles: as a base substance, an additive, or a direct substitute for petroleum diesel.

This shouldn’t come as much of a surprise—the earliest diesel engines ran on peanut oil. 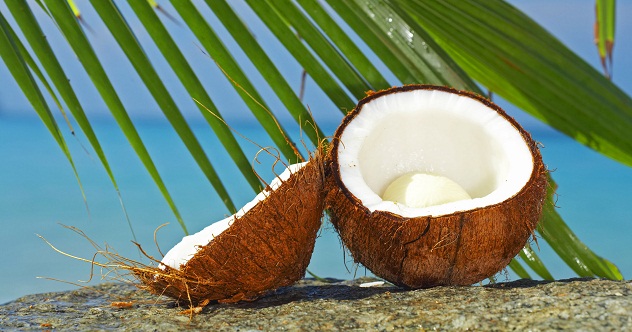 The stalwart coconut has been a key factor in the growth and development of many human civilizations. And now, scientists have discovered just how large a part coconuts have played in trade and migration.

There are more than 1,300 kinds of coconut, and they can be separated into two main genetic origins: the Pacific Ocean and the Indian Ocean. By examining the coconuts’ genetic ancestry, evolutionary biologist Kenneth Olsen and his team have been able to trace the trade routes and migratory paths of ancient human civilizations—all the way to fairly recent times. 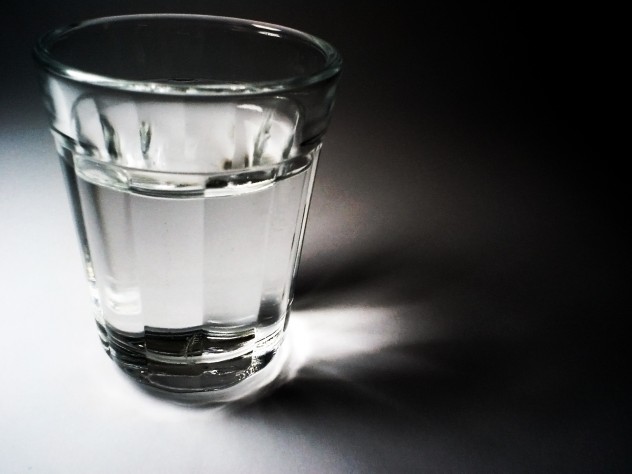 No beach vacation is complete without a refreshing coconut drink to help you kick back and relax. But if you want to party, don’t count coconuts out just yet.

In the Philippines, sap from an unopened coconut flower is distilled into a potent drink called lambanog. It’s powerful stuff (easily 80 to 90 proof) but is organic and chemical-free. Lambanog is traditionally homemade, but some commercial distilleries have introduced several flavors into the market, such as mango, bubblegum, and blueberry. 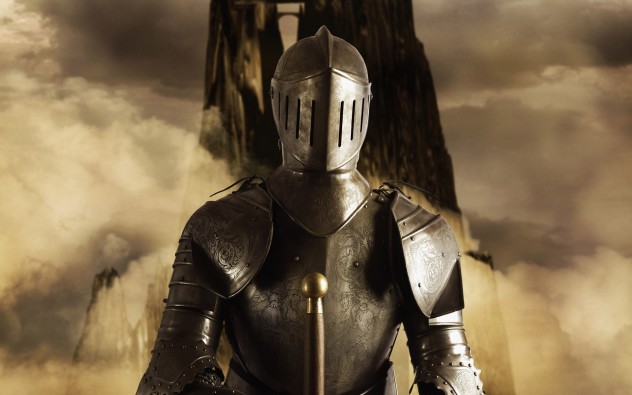 When we think “coconut armor,” the first image that comes to mind is probably a hollowed-out coconut husk used as a makeshift helmet. But craftsmen in the small Micronesian archipelago of Kiribati were far more clever than that.
Their coconut suit was made out of densely woven coconut fiber matting—kind of like wearing really thick carpet. The armor consisted of a cap, body armor, back plate, leggings, and jerkin (a close-fitting jacket). A high collar in the back protected the warrior from stones thrown from his own side, a primitive form of artillery support. 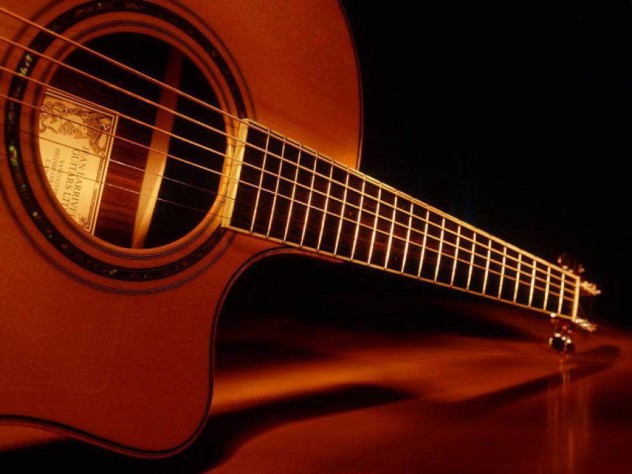 By now, you should realize that coconuts are quite the popular fruit. In fact, they’ve been the inspiration for quite a few music sensations. One such song is “Coconut” by Harry Nilsson, a quirky and charming song that popped up in the early ’70s and quickly became a Billboard hit. After its reign on the airwaves, the song made repeated appearances in movies (Reservoir Dogs, Confessions of A Shopaholic), television (The Simpsons, House, Doogie Howser, M.D.), and videogames (Alan Wake). You can check out the video here.

When not writing, Patrick sleeps, eats, and thinks about what to write next. Follow him on Twitter.