From shape-shifting to living forever, the animal kingdom seems to have unlocked the secrets to all the crazy abilities we wish we had. In this list, we will explore the incredible and surprising talents of a range of animals—from the domestic dog to the curious chameleon. 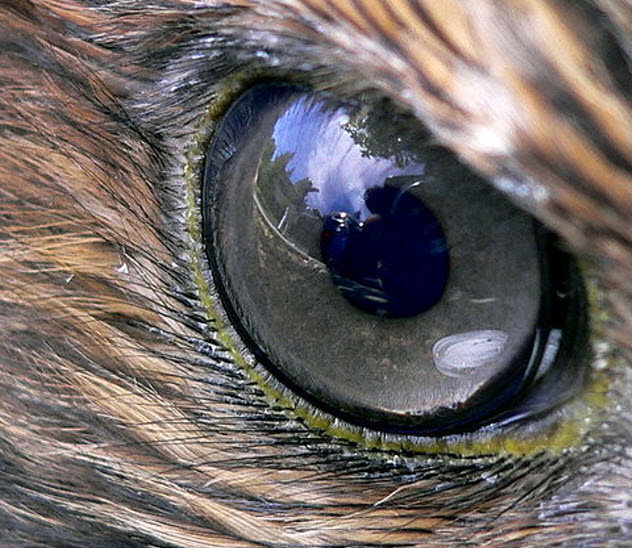 Try to imagine a different color. It seems impossible, doesn’t it? Even when we think we’re thinking of a unique color, it is just a combination of colors we are able to perceive. In fact, there are a vast collection of other colors which we as humans are unable to comprehend.

Birds have the fascinating ability to see colors which are invisible to humans. This is due to the extra color cones in their retina which are sensitive to the ultraviolet range. Interestingly, this discovery was actually made by accident in the early 1970s by a researcher studying the ability of pigeons to discriminate colors.

With this knowledge, a lot more behavior about birds can be reexamined, such as their selection of a mate. To us, the female and male versions of each bird look pretty much the same, perhaps with a slight difference to distinguish between genders. (For example, a male robin is darker in color than a female.)

However, to the birds with their UV vision, each bird could actually look quite different. This would suggest that birds are actually more selective about their mates, suggesting that they have a more conscious approach to mating than previously thought.

The ability to walk on water may seem to us to be something only true in the Bible with Jesus himself. However, within the animal kingdom, running on water isn’t such a holy power. The common basilisk lizard (Basiliscus basiliscus), otherwise known as the “Jesus Christ lizard,” has the unique ability to run across water.

How the basilisk manages to pull off this incredible stunt is really due to physics. Adult basilisks tend to weigh around 200 grams (7 oz). The lizard uses its hind legs to propel itself across the water, usually reaching a maximum distance of 5 meters (15 ft) before beginning to sink.

So sadly, this lizard is not a miracle working, but he still has one up on humans.

We all know that birds have the ability to fly, which is an obvious trait that we as humans lack. But what about a creature with no wings that is able to defy gravity, too?

Meet the Alpine ibex goat. Just looking at him, you might not be impressed but wait until you hear what he can do. Ibex goats have the incredible ability to run up hills that are almost perfectly vertical. Not only that but they can hold their balance on the tiniest of ledges.

They also have the power to jump 2 meters (6 ft), which makes galloping up vertical terrain barely even a challenge. The ibex goat uses its gravity-defying powers to escape its predators, which include wolves, bears, foxes, and lynx. Even the most skilled predators struggle to match pace with the ibex as it glides with ease up some of the steepest terrains in Europe. I’d like to see a human take on this challenge. 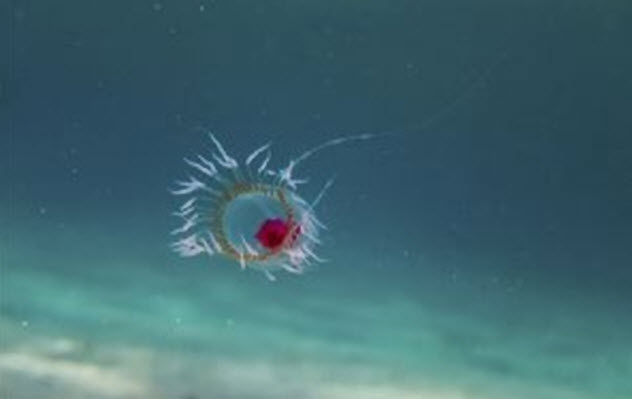 For decades now, scientists have been putting work into finding the secret to immortality. In fact, scientist Aubrey de Grey suggests that it could be possible in the next 25 years, although many other recognized scientists dispute this. However, for the Turritopsis nutricula (a jellyfish), immortality is just a part of life—pun intended. So what is the secret to its immortality?

When the Turritopsis nutricula (more commonly known as the immortal jellyfish) reaches its adult form of 4.5 millimeters (0.2 in) and has reproduced, it reverts to its beginning stages of life. Instead of dying, the jellyfish transforms back to how it started life by shrinking its body, retracting its tentacles, and allowing itself to sink to the bottom of the ocean floor.

Once this happens, the jellyfish is able to start its cycle of life all over again . . . without dying! This doesn’t just occur once. The immortal jellyfish can continue to repeat this process for, well, forever. As far as scientists can tell, there is no limit to the number of times the jellyfish can restart its life. So as long as this incredible creature can avoid the mouths of sea predators and stay away from fatal diseases, it can live forever.

For us humans, when an organ fails or we lose a limb, we look in hope toward the astonishing field of medical science. It’s indisputable that we have come very far in our advancements in creating prosthetic limbs and managing to make use of donated organs.

But what if we could magically regenerate the failing body part effortlessly without the need for science to intervene? Well, if we were all axolotls, we could. This exotic amphibian has the ability to regenerate encoded into its immune system. Immune cells named macrophages assist the axolotl in regenerating parts of its body.

In most mammals, these cells are used in an injury response to digest pathogens and create healing signals. However, when James Godwin (a lead regeneration study author) observed the way these cells act in the axolotl, he was startled to discover that anti-inflammatory signals were already present. In other mammals, these signals would not be present until later when the animal is recovering from the injury.

Godwin also realized that the maximum number of macrophage cells were present at the axolotl’s wound four to six days after the injury. Curious about this, Godwin removed the macrophages from some of the axolotls and this took away their ability to regenerate. This all shows that the macrophage cells behave differently in this amphibious creature, giving it the remarkable ability to regenerate. 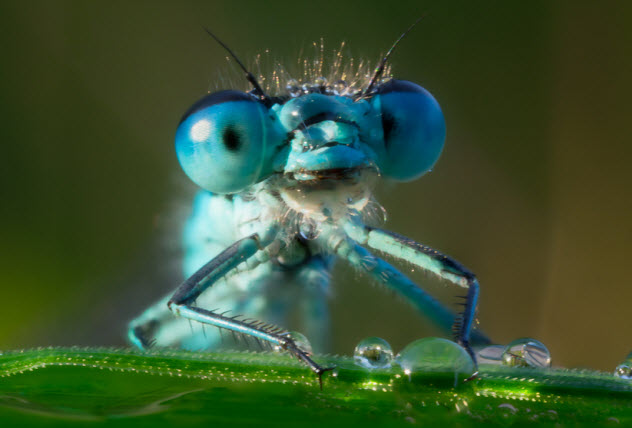 The human visual field covers approximately 50–60 degrees horizontally and 50–70 degrees vertically. To us, this visual field feels pretty decent. It’s hard to imagine being able to see more than what we already can.

However, for the chameleon, the human visual field is laughable. Chameleons are one of two animals which are able to see in full 360-degree vision. (The other is a dragonfly.)

The chameleon has unique eye anatomy, which enables it to rotate its eyes with a high degree of freedom. Another fascinating aspect of the chameleon’s eye anatomy is its incredible talent to switch between monocular and binocular vision. This allows it to view two separate objects with each eye independently or to focus both eyes on one object (which is what we do).

The dragonfly uses its 360-degree vision mainly for the purposes of hunting. Of all insects, the dragonfly has the largest eyes—hardly surprising since 80 percent of its brain is dedicated to the control and process of sight.

Most intelligent Mimic Octopus in the world

Shape-shifting might sound like something from a sci-fi film, just a made-up concept for entertainment purposes. But actually, there is one incredible animal with the bizarre ability to mimic the shape of other animals.

The mimic octopus is a curious variety of octopus which was first discovered in 1998 off the coast of Sulawesi in Indonesia. Although the ability to change the exterior color of the skin is common to all varieties of octopus, this intelligent creature takes that one step further. It can physically reform itself to appear like a different animal.

Not only this but the mimic octopus also gets into character by taking on the characteristics of the species it is impersonating. This is unique from other animals which try to appear like other animals as a defense technique, such as some varieties of flies which take on the yellow-and-black stripes of bees to make potential predators cautious of them.

The mimic octopus’s list of impersonations include sole, lionfish, jellyfish, and sea snakes. I’m pretty sure that shape-shifting into your role beats any acting parts I’ve seen in a human play. It’s just a shame that they don’t have Oscars under the sea.

3 Sleep With Half Of Their Brain 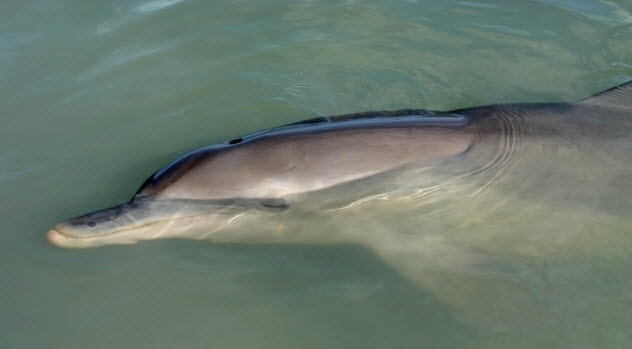 Wouldn’t it be convenient to never have to sleep? Well, if you were cetacean, you could. Cetaceans are a group of marine mammals—consisting of dolphins, whales, orcas, and porpoises—that have the unique ability to sleep with one hemisphere of their brain at a time.

However, while one hemisphere is sleeping, the cetacean cannot function in the way it usually does. Dolphins in captivity have been observed either floating inertly at the top of the pool or lying at the bottom. (They will occasionally surface for air as the active hemisphere keeps their breathing functions going.) This method of sleeping allows cetaceans to rest each side of their brain for approximately four hours in a 24-hour period. 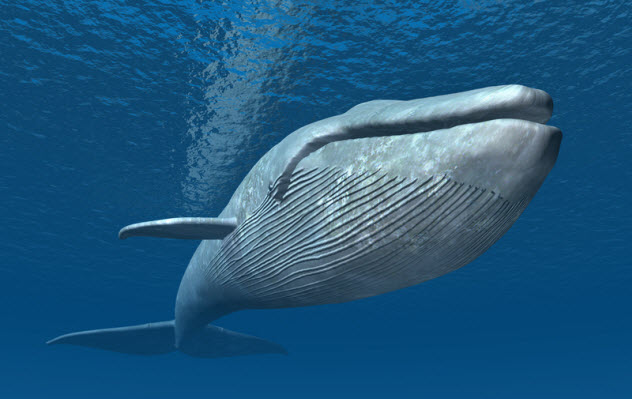 If you were to shout at the top of your voice, the highest decibel range you could maybe reach would be around 90. The loudest shout ever produced by a human was achieved by an Irish teacher who ironically screamed the word “quiet.” She managed to reach 121.7 decibels.

An incredible achievement . . . for a human, but it has nothing on the blue whale. As the largest creature known to man, it’s hardly surprising that the blue whale is able to produce the loudest sound. But what might surprise you is the amplitude of that sound.

The low-frequency vocalization of the blue whale can reach an incredible 188 decibels. That is much louder than a jet, which peaks at 140 decibels. Just think how loud they sound when they fly overhead, approximately 11 kilometers (7 mi) above you. 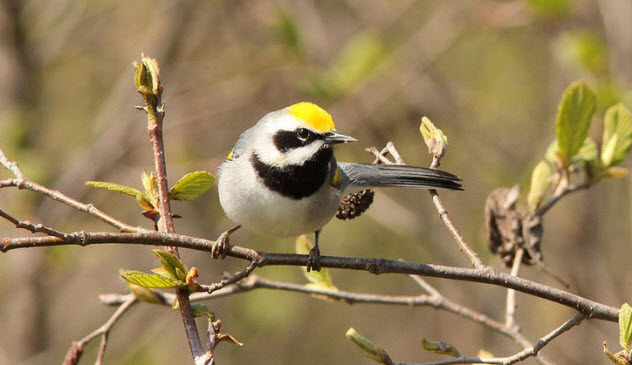 Although sometimes we may feel like we can sense when something bad is going to happen, this is mainly due to our memory functions and associations with past events. However, for some animals, the ability to sense danger before it happens is part of their instinctive nature.

A group of researchers looking at the migration of golden-winged warblers concluded that the birds were capable of predicting when a storm was going to hit days before it happened. The researchers tracked the birds during their migration from South Africa to the United States. However, there was an odd trend in the data. As the birds were approaching the southern United States, they took an abrupt, unexpected detour—just like they knew something was wrong.

As it turns out, there was a humongous storm that hit the region just a few days later. It was so traumatic that it saw the death of 35 people. But storms aren’t the only thing that the animal kingdom can warn us about. On a more personal level, animals can alert us to health problems much earlier than we would recognize the symptoms ourselves.

With their incredible sense of smell, dogs can actually be trained to sniff out cancer. In 2011, dogs used in a Japanese study were able to sniff out colorectal cancer from breath samples with a 98 percent accuracy rate. This is truly a phenomenal ability and could save the lives of hundreds of cancer victims by detecting the disease early and allowing time for treatment.