Our bodies are made up of various parts that seamlessly come together to help us perform day-to-day functions. Some of them—like the heart and lungs—may pull more weight than the others, though we can all agree that every body part is important in its own way.

Some parts possess awesome, specialized abilities beyond their day-to-day functions that most of us don’t know about. We don’t require these organs to be able to do these things in our daily lives. But for the specific situations for which they’re designed, they can outperform even our best machines.

10 Liver Can Reprogram Itself To Regenerate 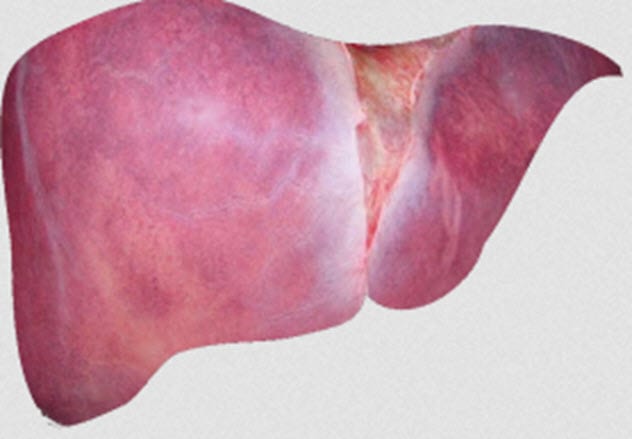 Our body’s ability to heal itself is truly extraordinary and something we take for granted. If it wasn’t for that, every minor wound would turn into a life-threatening situation. For all its merits, though, our self-healing abilities aren’t able to regenerate lost tissue. In cases of tissue damage, the most our bodies can do is patch things up with scars.

Of course, that is true only if we exclude the liver from the conversation, which is the sole organ that can fully regenerate itself. Scientists have been impressed by this seemingly isolated ability for a long time, even if they don’t quite understand how it evolved.

A recent study may suggest the answer. In case of damage, the liver is able to reprogram itself to mimic the earliest stages of childbirth and regrow itself as if nothing had happened.[1]

9 The Skin Can Smell 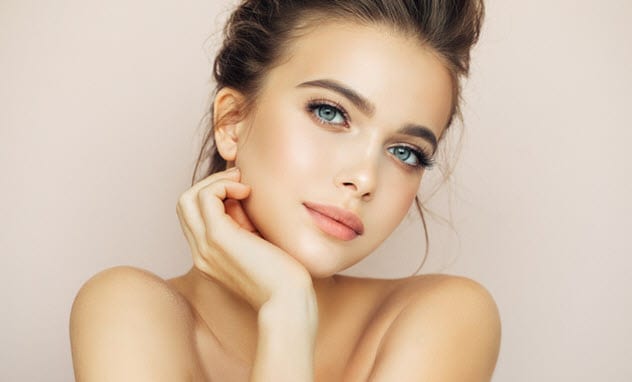 Being able to smell our surroundings is one of the most useful abilities we have. It alerts us to any potentially harmful microbes in the surrounding environment and lets us know exactly what we need to avoid to remain healthy. We’ve always assumed that it’s just the nose that has this ability. In some recent experiments, though, we’ve realized that a few other organs—like our skin—may also be able to detect smells.

In a study, researchers discovered that the skin’s cell division mode is triggered when the skin is exposed to a synthetic form of sandalwood oil. Simply put, some types of aromas may signal our skin to start its healing process. This works independently from our traditional olfactory receptors in the nose.

Exactly how our body perceives odor—and the precise organs involved in the process—is an ongoing area of research. From all the information we’ve gathered to date, it seems that smell may have other functions in the body that we’re currently unaware of.[2]


8 Our Bones Are Stronger Than Steel 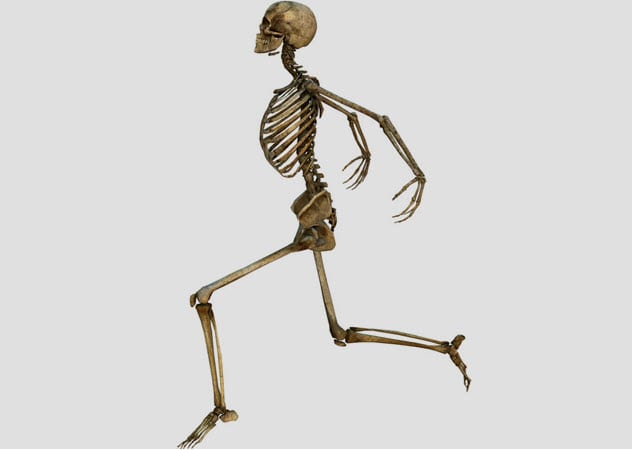 The bones are possibly some of the most boring organs of the body. They don’t seem to do anything other than keep the overall structure intact, even if some of us know the important role that bone marrow plays in the general functioning of the body. They’re often overshadowed by the cooler, more hip organs.

If we just bothered to read up on them, though, bones are impressive on their own, especially when it comes to strength. Ounce for ounce, bones are stronger than the toughest man-made materials like concrete and steel. If your first response to that is “well, then how do I manage to break them so often,” it’s because they’re also incredibly flexible.

Scientists have been perplexed by their flexibility and strength for quite some time. According to recent research, it’s all due to how they’re structured. Human bones are shaped like ropes tied together in a helical structure.

Every layer down to the nanoscale repeats that formation. Imagine it as a rope made with individual threads, except that the threads are ropes as well that are made with even tinier threads right down to a resolution of 5 nanometers.[3] 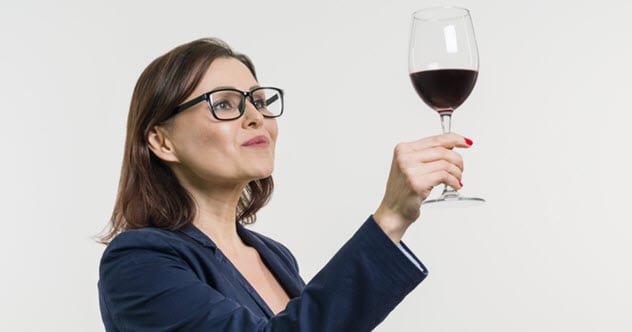 Research proves that human eyes are relatively good at identifying flavors. Moreover, our visual sense of a flavor can even override our taste buds. In one experiment, the researchers gave professional wine tasters two glasses of wine from the same bottle of white wine. However, the contents of one glass was colored red with flavorless dye.

In a massive blow to the wine tasting industry, the critics identified the latter as red wine.

While you may think that occurred because wine tasting is a bogus science anyway—which may be true—something more complicated was happening. When the brain senses two conflicting pieces of information about taste, it goes with the visual information even if it’s the brain of someone with years of expertise related to that taste.[4] 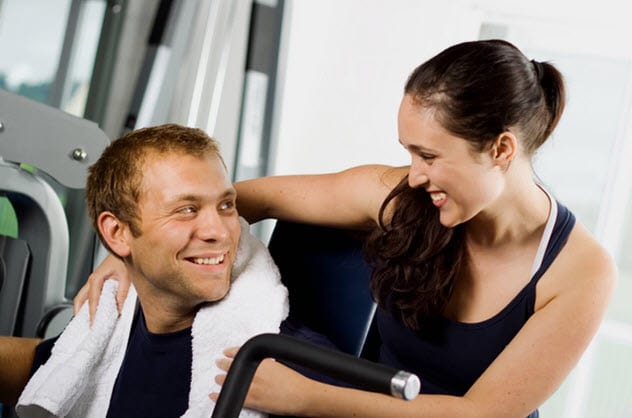 One of the biggest problems with modern dating culture is the scarily high prevalence of STDs. If you’re not careful, a careless one-night stand may leave you with much more than feelings of regret and unfulfillment (like warts). If you’re lucky, all you’ll need is a few doctor visits to fix it. If not . . . well, you know how this goes.

Apparently, the human body has built-in mechanisms to detect STDs without having to go through all that. One of them is our sense of smell. One study found that women are capable of smelling gonorrhea just from saliva or armpit samples of men, something that otherwise takes quite a few tests and medical visits to detect.[5]

It makes perfect sense, too, as women may have developed this ability to weed out potentially risky sexual partners.

According to studies done on mice, there’s evidence that our sense of smell may be able to detect much more than STDs, including other viruses and parasites. 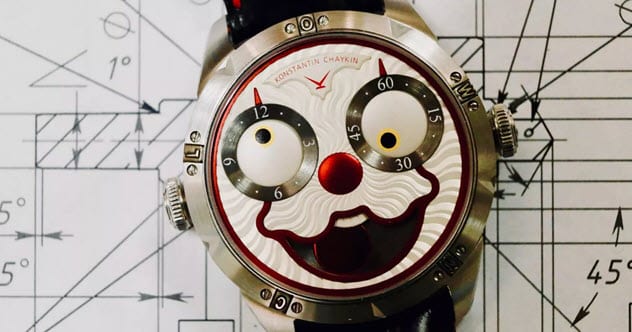 As Albert Einstein spent his life trying to convince everyone, time is relative. It’s only now that we have the tools required to prove that, and the more we experiment, the more we find that he was absolutely right. We now know that our perception of time is intrinsically related to our position in space and is influenced by many other seemingly unrelated factors.

According to science, our brain also plays a huge role in how we perceive time and even has the ability to tweak it when required. It’s because of the simple concept that our internal clock is different from real time and is controlled by different parts of the brain.

Ever notice that time seems to pass a lot faster when you grow old?

It’s not just in your head. Studies show that our internal clock really slows down with age, which in turn makes everything outside appear to happen faster. The same concept applies when time seems to fly by when we’re having fun.[6] 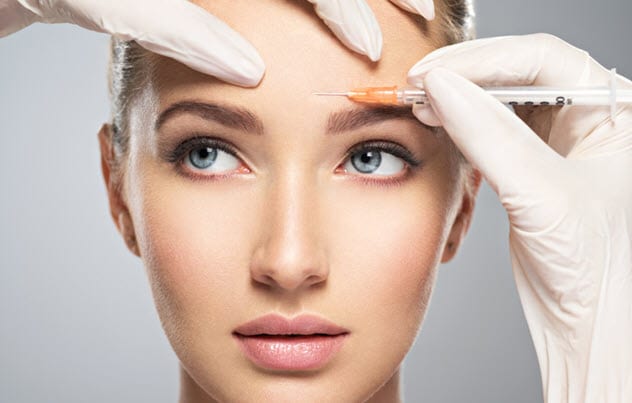 Our faces can convey a ridiculously wide array of emotions. Of course, not everyone is capable of employing the full expression spectrum. But even the most reserved among us can do a lot with the face. However, we always assume that our expressions indicate what’s happening in the brain and never the other way around.

As it turns out, our expressions can influence our moods to the extent that our countenance can trick the brain into feeling whatever you want it to. The results of many studies seem to confirm this.

Take the one where they used Botox to remove frown lines from patients suffering from depression. The procedure ended up alleviating much of their depression, suggesting that looking sad may contribute to feeling that way. Another study found that people who are forced to smile with a pen between their teeth find the same comics funnier than people with the pen between their lips, which suppresses their smiles.[7]

3 Sperm Can Smell The Egg 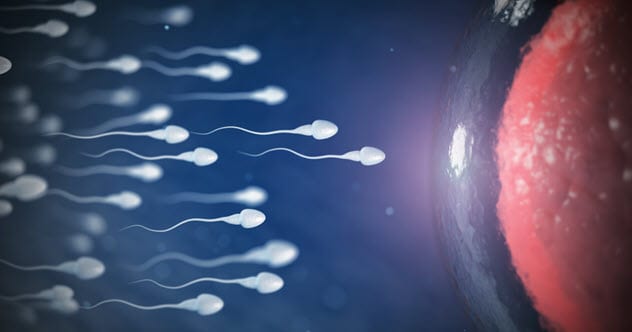 Reproduction is a fairly simple procedure once you find a partner willing to do it with you. In a nutshell, it’s all about introducing sperm to the general vicinity of the egg. As long as the woman is in the fertile period of her reproductive cycle, both of them should come together to do their thing and make an embryo.

Although we know the basics, what exactly happens when sperm make their way to the egg is still not clear.

According to science at least, it’s due to sperm’s innate ability to smell out the egg. Many studies have found that a man’s sperm has odor receptors similar to those in the nose and they’re specifically designed to detect a fertile egg just by its scent.

Now we don’t yet know if the eggs have similar receptors that work in the opposite direction, though scientists think that it’s a very real possibility. More research is underway to understand how smell affects the reproductive system. This has applications in many fields of medicine (like contraception).[8] 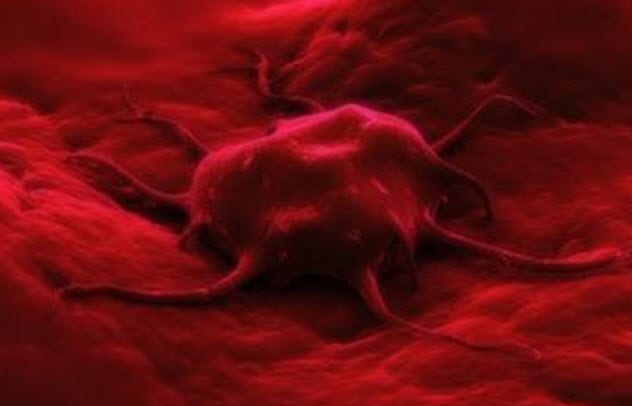 Most of us don’t quite understand how cancer works, even if around 4 out of 10 people will be diagnosed with it at some point in their lives. Although the whole process is a bit more complicated than can be explained here, simply put, it’s what happens when the cells grow abnormally in any way (hence the term “malignant growth”).

Some types of cancer accelerate the growth of the cells, while others slow it down—and it can happen to anyone. Cancer risk is the price we pay for having such a complicated and evolved growth mechanism.

What we don’t realize, though, is that the body is constantly fighting cancerous growths and comes out as the victor many more times than it loses. Our immune systems are constantly checking for cancer cells and destroying them, a process that’s underway every day of our lives.

In many of those cases, it takes a call on killing cells that won’t die on their own and may turn into tumors. Despite our immune systems winning so many of the mini battles going on in our cells, cancer is still prevalent in all human populations because the bad kind of growth only has to win once for cancer to happen.[9]

1 Vagina Has The Ability To Clean Itself 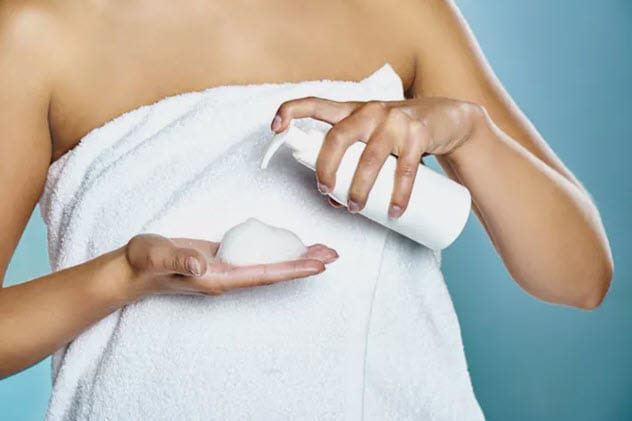 Thanks to Big Pharma, many women think that vaginal discharge is some sort of impurity they need to clean up to keep things hygienic. The market is flush with products that claim to improve vaginal cleanliness, and unsurprisingly, many of them cost a fortune. If Big Vagina was an equally influential lobby, we’d know that it doesn’t need any cleaning at all.

As men around the world already know, the female vagina is an evolutionary marvel. At the time of puberty, it’s colonized by a good kind of bacteria that gradually forms a mini ecosystem of its own. Vaginal discharge is made up of that bacteria (among other things like mucus from the cervix), and it protects against sexually transmitted diseases along with naturally keeping the inner walls clean.

That’s why if a woman goes to a gynecologist, they almost always tell her to never wash the inside of the vagina. Well, if they’re good at their job anyway. That’s not to say that women should give up on cleanliness around their private parts altogether as regularly cleaning the outer area is still essential.[10]