The color pink is for boys, publicly weeping men are admired, pantyhose are exclusively for males (and make their legs look wonderfully attractive), and women want sex much more than men. Sounds confusing? Yet once upon a time, these were the stereotypes that dominated our society. Strange as it is, it makes you wonder how the stereotypes of today will change and shift in the future. 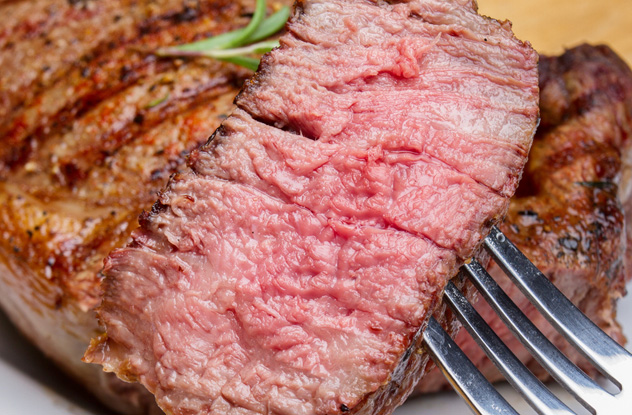 Today, pink is often associated with all that is delicate, romantic, and feminine. However, an article from a 1918 magazine declared that pink was for boys and blue was for girls. The main reason behind this was that pink, which is derived from red, is a stronger, war-like color and thus more suitable for a boy. Blue was considered more delicate and dainty, and thus more fitting for a girl.

Nonetheless, these color recommendations were not written in stone, and different department stores recommended different colors for boys and girls. Some, like Maison Blanche, said that pink was more fitting for a boy and blue for a girl. Others like Macy’s declared the opposite.

It wasn’t until after World War II that the color pink started to become associated exclusively with girls. The real shift, however, occurred in the 1980s—partly because mothers who grew up wearing gender neutral colors wanted to adorn their daughters in lace and pink and partly because it became more common to find out the sex of unborn babies. 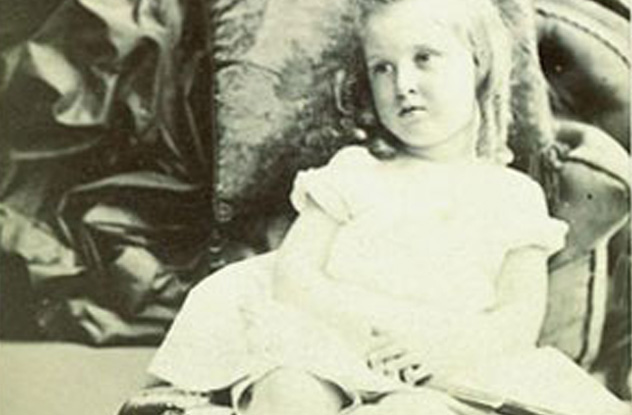 If you look at photographs of children from the 19th century, you might not be able to tell if you are looking at a boy or a girl. That’s because from around the mid-16th century right up until the early 20th century, little boys wore dresses.

Before 1550, people of all ages wore tunics or gowns of some sort. Young children, regardless of sex, were also associated with and cared by their mothers and thus it may have been appropriate for all young children to wear skirts. Other factors, such as lack of toilet training, the ease of expanding a skirt compared to pants (clothing was quite expensive back then), and the desire for children to remain innocent or sexless for as long as possible, could also explain why dresses for boys were common. Nonetheless, adults could easily distinguish boys from girls because boys’ dresses were more tailored and they tended to be made from plainer and stronger fabrics.

When boys reached a certain age, usually by eight, they were “breeched” or dressed in pants for the very first time. Breeching was often a formal ceremony marking the boy’s ascent into boyhood, and parents who were better-off often gave their sons a child-sized sword or a toy weapon of some kind.

Eventually, new fabrics and detergents were introduced, which meant trousers were easier to wash and iron. After the 1920s, it became more common for boys to wear pants. 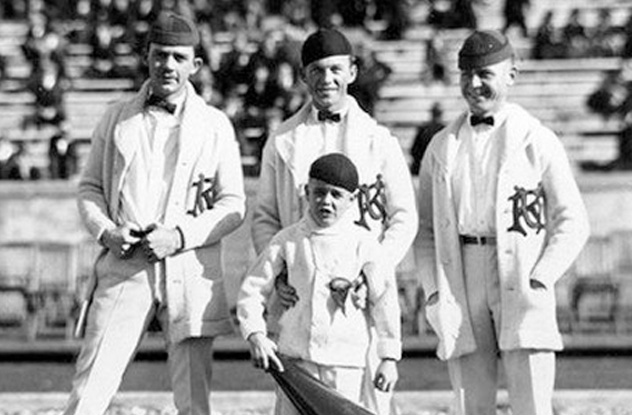 When cheerleading originated back in the mid-19th century, it was seen as an all-male sport, which included gymnastics, stunts, and crowd leadership. Being a cheerleader was similar to being a quarterback, and it was considered one of the most important things that a young man could take away from college. Eisenhower, Roosevelt, and Reagan were cheerleaders, as was Jimmy Stewart. Women cheerleaders were unheard of.

However, when men were deployed to fight in World War I, women happily filled the vacant spots in the previously masculine cheerleading squads. The returned men were less than enthusiastic with this development—they thought that cheerleading was far too masculine for women and made a serious effort to try and push them out. Some schools went as far as banning female cheerleaders altogether.

Nonetheless, World War II soon followed, and men were once again called to fight. Women took this opportunity to further dominate the sport, leading to its trivialization. Eventually, the profile of an ideal cheerleader changed from a strong athlete with leadership skills to someone with a cheerful disposition and good manners.

7Now: Knitting Is For Grannies (Or At Least Women)
Then: Knitting Guilds Were Exclusively Male 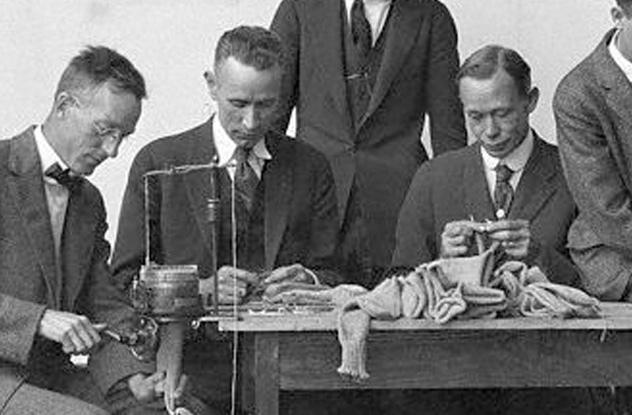 During the Middle Ages, knitting became extremely popular, and knitting guilds were established to protect trade secrets, improve the quality of the profession, and boost business. Most interestingly, these guilds were exclusively male. Young men who desired to become master knitters were expected to devote six years of their life to training. These high standards meant that knitting was considered a form of art and members of knitting guilds could count on being revered and appreciated.

This did not last long, however. In 1589, the first knitting machine was invented by Englishman William Lee. Not long after came the Industrial Revolution and more sophisticated knitting machines were developed. This resulted in a decline in hand-knitting, and the once serious trade became a parlor hobby for women.

6Now: Hot Chocolate Is A Drink For Kids And Women
Then: It Was The Drink Of Choice For Warriors 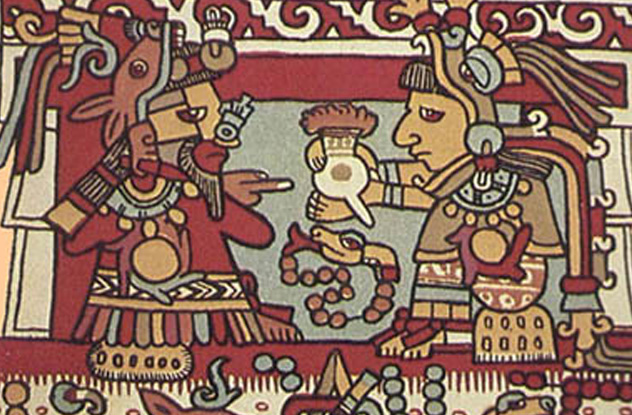 The Aztec emperor Montezuma II limited the consumption of hot chocolate to warriors, merchants, and nobles who were willing to fight. Both blood and chocolate were thought of as sacred liquids, and thus hot chocolate was served at the initiation ceremony of new Eagle and Jaguar knights who had to endure a penance process before being allowed to join the elite Aztec army.

In Spain, hot chocolate was drunk at bullfights, and in England, chocolate houses were often associated with one of the Parliamentary parties and as a consequence often turned into full-on gentlemen clubs. The Cocoa-tree Chocolate House for example, was frequented by the Tory party.

Hot chocolate was also a drink of choice for explorers and adventurers due to its ability to provide warmth, nutrients, and energy. The explorer Robert Falcon Scott made his men drink hot cocoa five nights a week—mornings and evenings—during their unsuccessful attempt to be the first men to reach the South Pole. During the Revolutionary War, World War I, and World War II, hot chocolate was distributed to soldiers to help them recover and boost their morale.

5Now: Men Don’t Cry
Then: Weeping Men Were Neither Feminized Nor Condemned 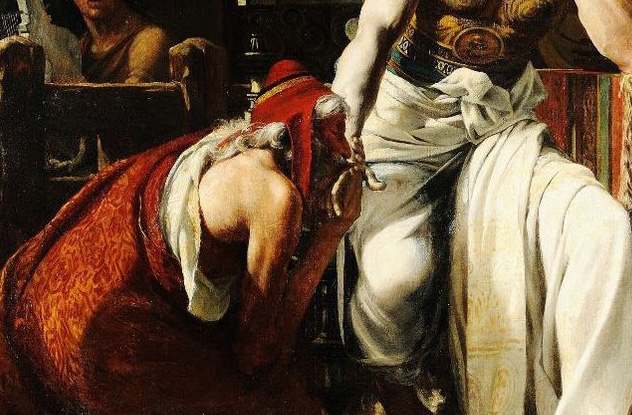 In Homer’s Iliad, the Greek army repeatedly burst into tears, and Zeus, the god of sky and thunder, wept tears of blood. King Arthur cried often, such as when he had to go to war with his good friend Sir Lancelot. In medieval romances, knights cried because they missed their ladies and because they didn’t get to go to tournaments.

Tears were abundant in real life too—one ambassador was so moved to be addressing Philip the Good (the Duke of Burgundy) that he kept bursting into tears while the audience at a peace congress sobbed as they listened to the speeches. During the Middle Ages, tears were proof of your guilt and a sign that you deserved forgiveness, so men actually forced themselves to cry in public to impress their peers.

No one knows how or when public male crying disappeared. Some say it was the result of urbanization, which meant that increasing numbers of men ended up living among complete strangers. 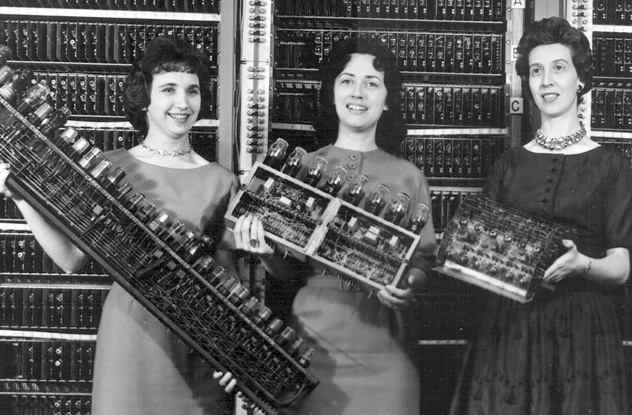 In the early 1940s, the world’s first computer programmers were hired. The University of Pennsylvania employed six women to work on its ENIAC machine, one of the world’s first electronic computers. At the time, programming was thought of as a low-skill clerical function. Hardware development, on the other hand, was dominated by men.

When personal computers emerged, it became more common to buy them for boys than for girls, even if girls were just as interested in computers as boys. In addition, male programmers began creating professional associations and discouraged the hiring of women. 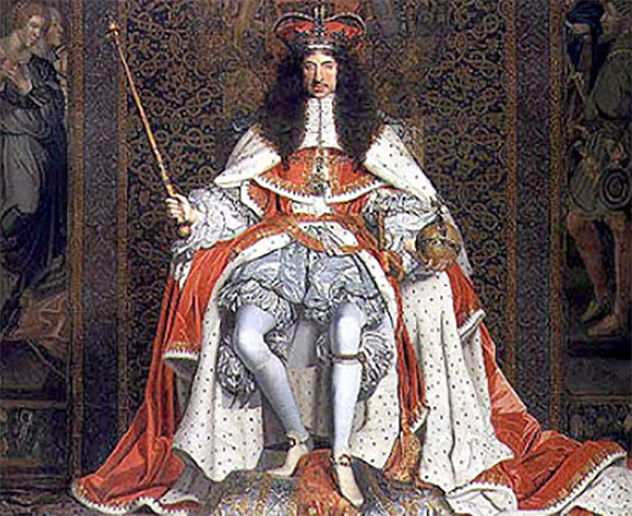 Long before women wore tights, men wore a hose (a type of stockings or tights), an important staple of the male wardrobe. During the Middle Ages, European men wore male tights on horseback. In the 16th century, shorter tunics became all the rage, exposing more of the leg. Men felt they had to have nicer legs, and the fashion of the time began to accommodate these manly desires—the hose turned into one garment that extended all the way to the crotch.

The hose was often worn with high heels to further enhance the appearance. King Louis XIV of France was particularly fond of this look. It wasn’t until later than women started wearing stocking. The first pair of female pantyhose was not invented until 1959.

2Now: Beer Brewing Is Associated With Men
Then: Brewing Was A Woman’s Job 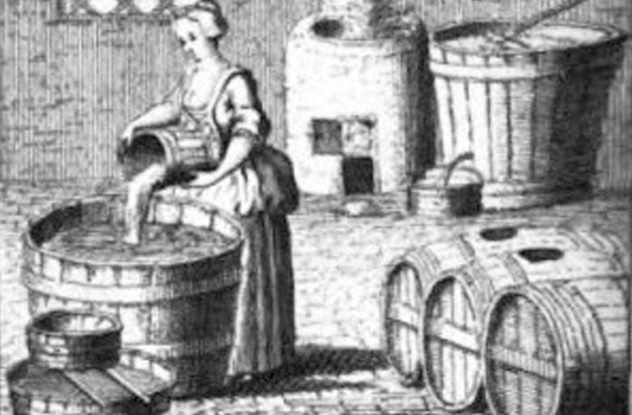 Initially, when men were out hunting, women were out gathering ingredients that were needed to make other foods and drinks, including beer. As time passed, women not only continued to brew beer for their own families but also sold the surplus to strangers. In 13th-century England, records from one town show that less than 8 percent of brewers were men. In 18th-century England, certain laws claimed that tools used for brewing were solely the property of the woman.

The woman’s role in the field of brewing began to change during the Middle Ages when monasteries brewed beer on a larger scale to satisfy travelers’ demand. Many women were prosecuted as witches, and some historians highlight the clear similarities between brewsters (the feminine form of the word brewer) and illustrations for anti-witch propaganda—frothing cauldrons (full of ale), broomsticks (hung outside the door to indicate the availability of ale), cats (to chase away the mice), and pointy hats (to be seen above the crowds in the busy marketplace). 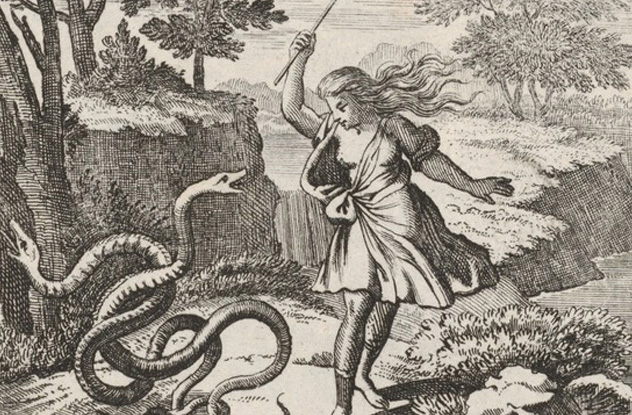 In one ancient Greek myth, Zeus and Hera argue about who gets more pleasure from sexual intercourse—the man or the woman. They ask the prophet Tiresias, who had once spent seven years of his life as a woman. Tiresias answers that if sexual pleasure was to be divided into 10 parts, only one part would go to the man and the remaining nine parts would go to the woman. All over Europe, it was believed that women had great sexual desire and thus were labeled temptresses. Why else would childbirth be worthwhile if the sexual pleasure was not greater than a man’s?

How and when this stereotype became reversed is not exactly clear, but some historians believe that it was the result of Protestant ministers portraying their congregants (mostly middle-class white women) as moral beings rather than seductresses. Women welcomed this portrayal because in a way. It helped them develop certain superiority over men.

10 Good Dads Who Changed The World