In biology class, we all hear the words “biodiversity,” “biotechnology,” and “biochemistry.” But here’s another “bio”-beginning word for you: Extending from the ocean floor to about 10 kilometers (6 mi) above sea level is what we call the biosphere. It holds parts of the atmosphere, the hydrosphere, and the lithosphere.

The biosphere influences biodiversity, which in turn influences biochemistry and the application of biotechnology, and whether accidental or not, it yields biomes, defined by Merriam-Webster as ” major ecological community type.”[1] Here are ten notable biomes which all exist in Earth’s biosphere. 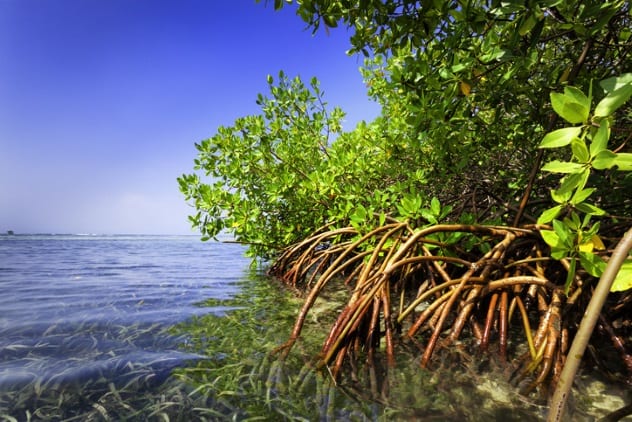 There is no reason not to like mangroves, but a alarmingly large number of people wish they didn’t exist: “They stink,” or, “Gross stuff lives in there,” or even, “They’re toxic.” All untrue, and here’s why:

Although mangroves do sustain organisms like worms, barnacles, oysters, and other invertebrates, they are feeding grounds for birds and crocodiles, they provide a nursery area for shrimp and other fish, they prevent erosion along the shoreline, and decaying mangroves add nutrients to the ocean. They’re not toxic, and they don’t smell. And while some gross stuff might go on in there, it’s not like goblins live in mangrove forests or anything. Don’t judge a biome by its appearance.

Fun fact: There are about 70 different species of mangrove in all. (Note: This number varies depending on how strictly you want to define “mangrove.”) All have the same benefits stated above![2] 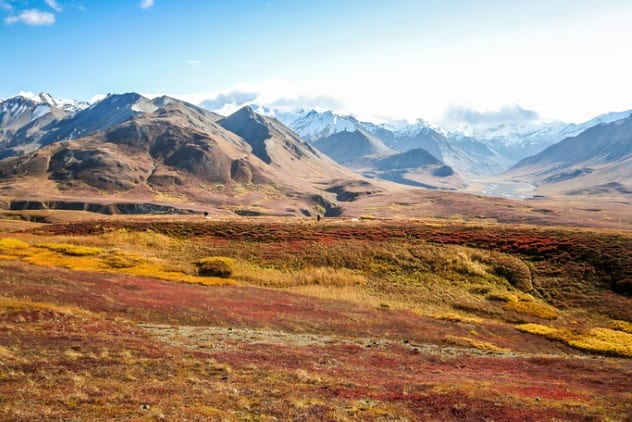 You won’t find many of these in the world. Arctic tundras exist way up in Northern Canada, Northern Alaska, Greenland, and Siberia, among a few other places. Alpine tundras are a bit more common, found in places like the Andes Mountains, Finland, Norway, Sweden, the Himalayas, and Alaska. The tundra biome is the least diverse of all; you might see an Arctic fox and some other animals here and there, but that’s about it, besides moss, lichens, low-growing flowers, and hardy grasses.

Mainly made up of permafrost, tundra is cold. Permafrost is not necessarily frozen, despite its name. The temperature may be below freezing, but the name “permafrost” doesn’t automatically mean there’s ice in the ground. (There often is, though.) In winter, temperatures can be around –34 degrees Celsius (–30 °F), so bring your socks! No flip-flops allowed here.[3] 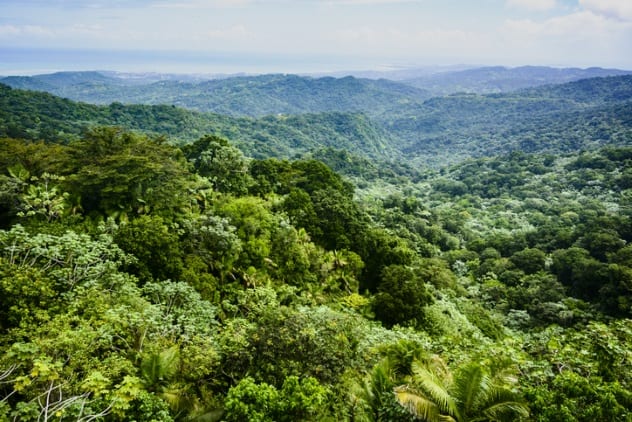 Whether you’re swinging from the vines in Ecuador or climbing a tree in Madagascar, you’ll always find a warm and steady climate in a tropical rain forest, even if it, well, it rains a lot. (Couldn’t you tell?)

But don’t get a rain forest confused with a jungle—they are not the same. Because rain forests boast towering canopies, the ground is shielded from sunlight, therefore limiting low-level growth. A jungle may have once been a rain forest, but if a disruption like a fire causes a clearing in the canopy, low-level plants can grow grow extremely dense and make the area practically impassible. Then you have a jungle.

Fun fact: You’d breathe exceptionally well in a tropical rain forest, with all that oxygen. (Anyone want to go for a run?)[4] 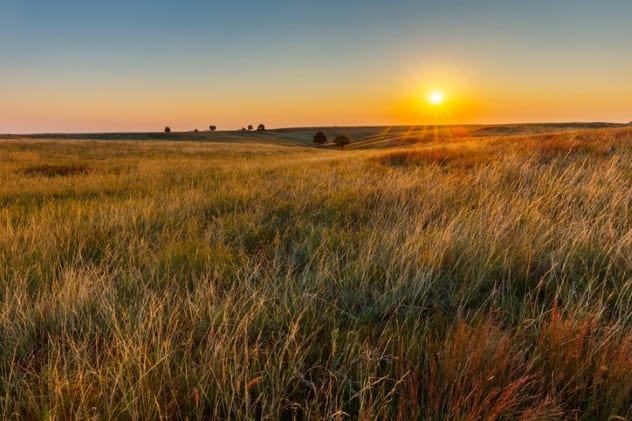 Most grasslands were formed in the Cenozoic era (66 million years ago to the present). When rainfall became sparse and temperatures fell in preparation for the Ice Age, ancient forests became, well, grasslands. While many grasslands do contain trees, they are by no means dominant.

Fun fact: While wildfires inhibit tree growth within a savanna, they do increase biodiversity.[5] 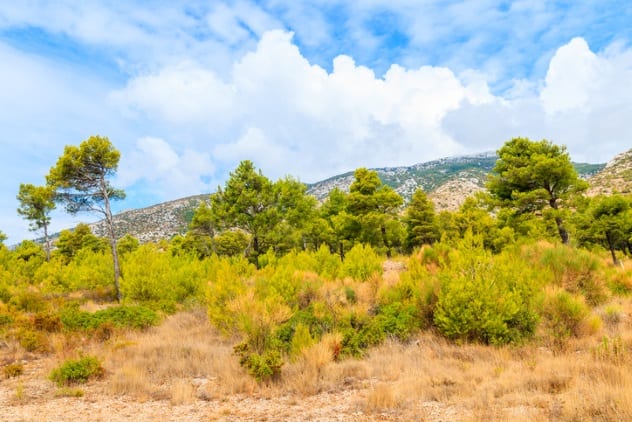 A very distinct biome, they exhibit similar features all around the globe: hot and dry summers, with cool and rainy winters. This biome, despite the name, isn’t limited to the Mediterranean and is also found on the western coasts of most continents as well as coastal areas in the Middle East.

A common trait of Mediterranean forests are yucca plants, wild cats, and occasionally the endangered monkey puzzle trees. For the most part, though, Mediterranean trees include pine, cedar, and olive trees. Since this biome likes the ocean so much, many of the trees that grow here are used to being salted by the wind and waves.[6] 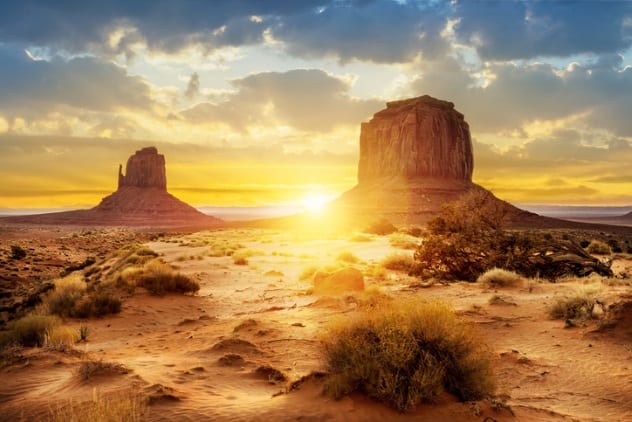 There is one thing that deserts all have in common: a lack of rain. The air is dry; water is sparse. And an oasis would be rare. Honestly, deserts are a place you don’t want to get lost. You can find plants, but rain is always the rarest thing in a desert. Once, in the desert area of Cochones, Chile, it didn’t rain from 1919 until 1965.

Deserts don’t have to be hot to be deserts, though. They can range from over 50 degrees Celsius (122 °F) to well below zero, as in Antarctica. The wildlife is varied as well. Collared peccaries eat cactus leaves and fruit, Gila monsters and beaded lizards are rare examples of venomous lizards, and the wolf spider resides in a burrow during the day and hunts at night.

Fun fact: Deserts cover about one third of Earth’s surface.[7] 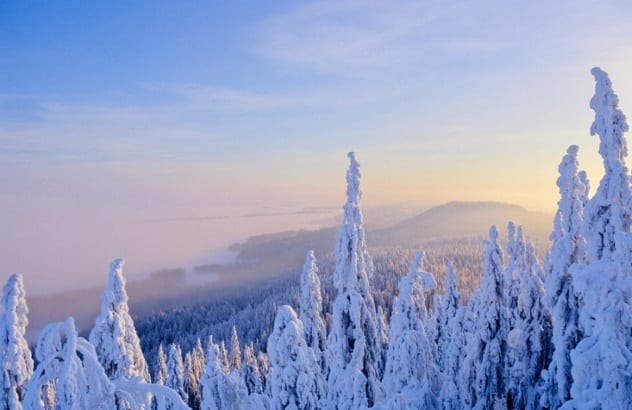 Boreal forests can be found stretching across Canada, Scandinavia, and Russia. These forests are middlemen; as you move farther north, boreal begins to switch to tundra. Most of the trees in this biome are evergreen conifers such as pine, spruce, and fir, but their growth is stunted by the low precipitation—in fact, most precipitation comes in as snow.

So, not very diverse, it’s cold, and while it might not be perfect for you, it’s perfect for moss. Moss covers up to one third of boreal forest floors.

Fun fact: Taiga is a common nickname for this biome.[8] 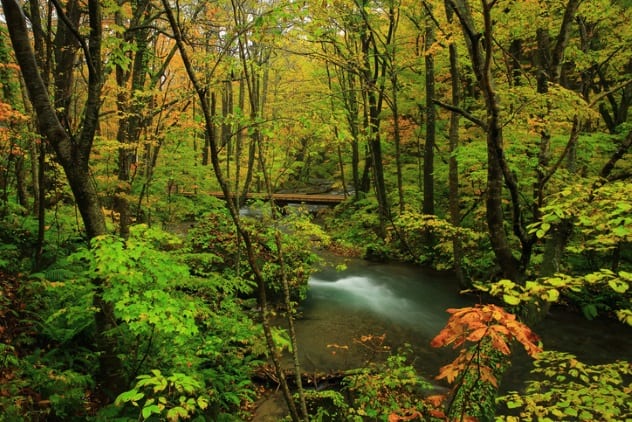 Temperate forests are common, with multiple subtypes. The trees found within this forest—such as oak, hickory, beech, elm, and willow—are hardy. During winter, temperatures can drop below zero, but during summer, they can shoot up to 32 degrees Celsius (90 °F).

Wildlife is bountiful, with animals such as rabbits, skunks, deer, bobcats, wolves, foxes, and so much more. Growing season can last up to 200 days in this biome, and you can be snow-free for up to six months.[9] 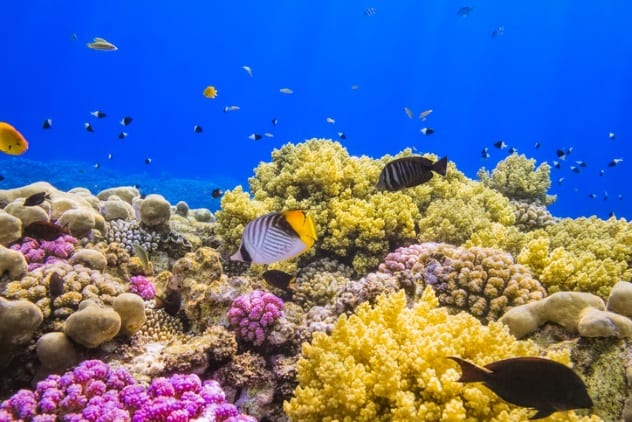 Aquatic biomes are diverse—very diverse. They include tidal estuaries, coral reefs, polar seas, desert wadis, and rivers. The ocean takes up around three quarters of the planet’s surface in total.

Freshwater regions are commonly found as small ponds, large glacial lakes, streams, and rivers, and they are essential for the plants and animals adapted to low salt consumption.[10] 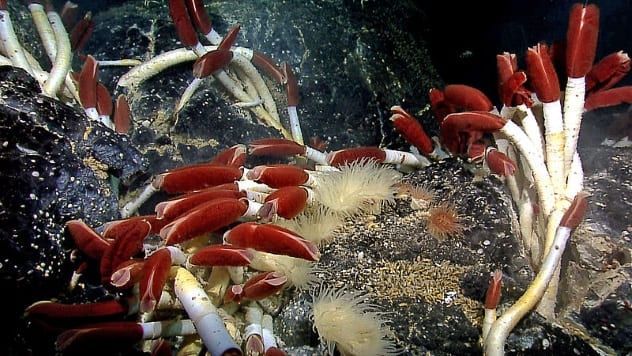 A major, totally dark portion of the ocean, the abyssal zone starts at 4,000 meters (13,000 ft) below sea level. It’s as black as onyx, quite cold, and highly pressurized. Therefore, not many life-forms can dwell here. Even deep-water creatures like the goblin shark live above this zone.

In order to survive down here, some species rely on chemosynthesis. Hydrothermal vents are formed by volcanic activity and the movement of tectonic plates and pump sulfur into the ocean. Organisms around the vents can survive on this sulfur. It’s an underwater community supported by geothermal power.[11]

The world is a strange, diverse place. But it is oh so beautiful, too.

Born in the Caribbean, living in Florida, but wishing to reside in Europe, Emma can be found reading, writing, singing, or decorating.

Read more about our amazing planet on 10 Real Places On Earth That Seem Scientifically Impossible and 10 Absolutely Mind-Bending Facts About Our Earth.