Biologists have long noted a phenomenon by which two distinct species, with little or no biological relation to each other, can evolve similar traits in response to similar habitats. While this can be hard to quantify, understanding this phenomenon—known as “convergent evolution”—can demonstrate evolutionary consistency across species and help us gain a better understanding of these processes in general. 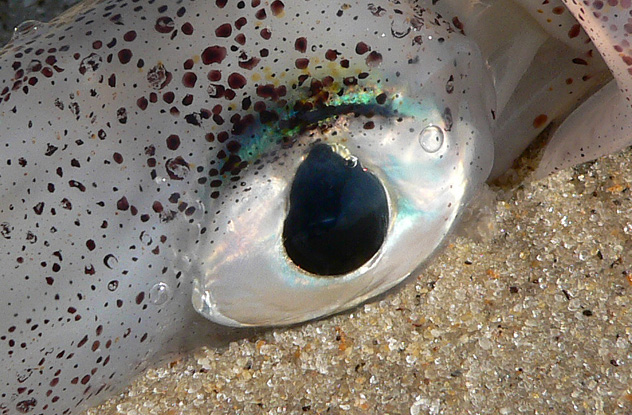 It is evident by the evolution of our respective forms, as well as by simple observation and common sense, that few organisms have habitats as disparate as humans and squid. While we have become highly efficient land animals, squid have evolved to thrive under extreme pressure and at very cold temperatures. Strange, then, that our eyes and squids’ eyes are biologically almost identical.

This is because we both evolved enough of the same tweaks to the same gene, known as Pax6, which is the chief foreman of eye construction. Ancestrally, the gene would have directed the formation of a simple eye structure, perhaps only one sophisticated enough to allow a primitive multicellular organism to tell light from dark; since the gene existed before the diversification of species, it is present in its various mutated forms in virtually all organisms. It’s responsible for the compound eyes of insects, the eagle-eyes of, well, eagles, and for ours as well.

In what must have been an evolutionary advantage, squid and other cephalopods evolved the same “camera eye” as us humans under completely different circumstances. This example of convergent evolution is particularly of interest to biologists because to find common ancestors between our two species, one would have to go back over 500 million years, when only primitive versions of the Pax6 gene existed. 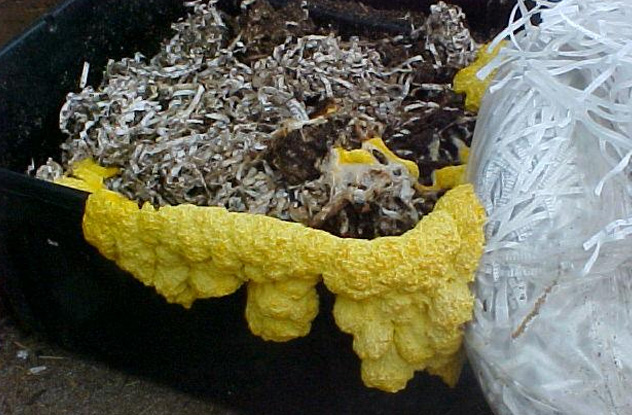 On the surface, we are inclined to perceive very little difference between different types of mold. But it turns out that not only are there two distinct types—slime mold and water mold—but they are in fact two completely different types of organisms.

The reason they are so difficult to tell apart is because of convergence. The mold that we generally think of is slime mold, a land-based organism that dwells on surfaces, such as rocks, trees or a week-old sandwich. It consumes microorganisms—really any biological substance it comes into contact with. Once feeding conditions become unfavorable, the cells, which reproduce through cell division during the feeding stage, can actually come together to form a mass that can move as one organism and looks something like a slug.

Water molds grow on much the same surfaces, having also adapted to produce this property, but they are a completely different group of organisms from slime mold. Though they do not produce chlorophyll, they are considered heterokonts along with several types of chlorophyll-producing algae. And though neither type of mold is closely related to fungus, they were both at one time thought to be fungi because of their similarities. 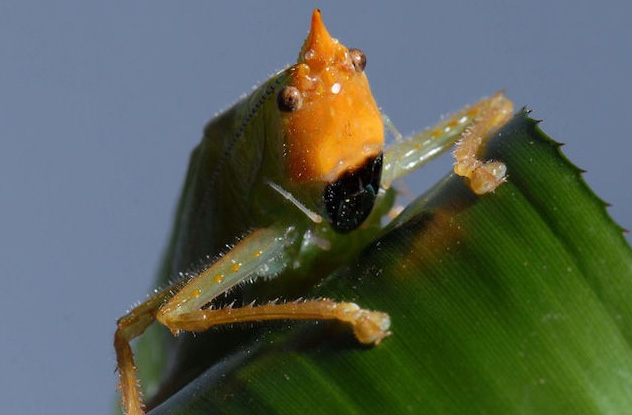 The human ear evolved to endow us with a good-to-great sense of hearing, augmenting our ancestors’ ability to track prey and avoid predators. While lots of species have those same needs, a type of Colombian insect underwent enough genetic tweaks throughout its evolution to arrive at a very similar ear structure to ours.

The construction is much different while the function is very much the same. In humans, the three smallest bones in the body are located in the ear and are activated by vibrations of the tympanic membrane (the eardrum) to activate a process that sends signals through the cochlea, then down the auditory nerve to the brain.

Copiphora gorgonensis, a katydid of the Gorgona island rain forest, actually has its auditory openings on the front of its legs. It also has eardrums, which similarly activate a cuticle that acts exactly as our three tiny bones do, stimulating a cochlea-like chamber.

Of course, this means that the little katydid has pretty great hearing—an evolutionary accomplishment even more impressive than ours, considering that the insect version of our ear is 600 microns, or 3/5 of a millimeter, wide. 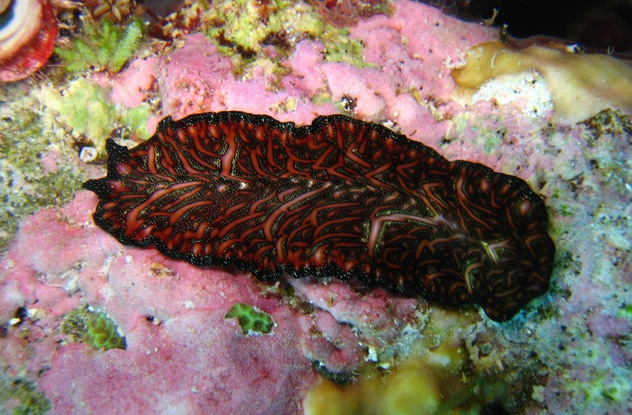 While it may seem odd to examine how different forms of aquatic life evolved the ability to swim, keep in mind that there is an unbelievably vast diversity of species in the world’s oceans. A great many of these species are almost completely unrelated to one another, being separated from their last common ancestors by as long a period of time as humans and squid. This provides another great opportunity to study the convergence phenomenon.

For example, a recent Northwestern University study examined 22 different animals, all of which were “median/paired fin swimmers.” Three animals in particular—the cuttlefish, black ghost knifefish, and Persian carpet flatworm—were observed to have evolved the exact same features and mechanics for optimizing speed, an obvious evolutionary advantage.

All three species evolved elongated fins that employ the same rippling, oscillating motions, which are produced by identical mechanics, despite the last common ancestor between the three appearing before the Cambrian period. In addition to yielding great data for the study of convergence, researchers are optimistic that this trait could be mimicked in a new generation of maneuverable underwater vehicles because it is just that efficient. 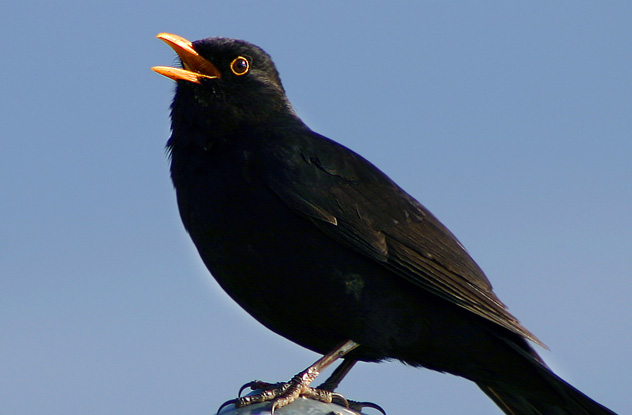 Advances in DNA sequencing have led biologists to believe there is a genetic reason for the similarities in how birds and humans produce speech. Not only singing birds but speaking birds like parrots all may have evolved vocal cords multiple separate times.

After undertaking a gigantic sequencing of the genomes of 48 bird species, researchers found that the evolutionary bursts in vocal cord development in both singing and speaking birds involved the same sets of genes that influenced the development of human speech. In speaking or “vocal learning” birds, about 50 sets of genes showed similar evolutionary leaps to human genes, which did not take place in non-speaking birds.

Duke neuroscientist Erich Jarvis believes that this may suggest only a limited number of ways in which the circuits of the brain can evolve to support speech, once an organism becomes biologically capable of it. 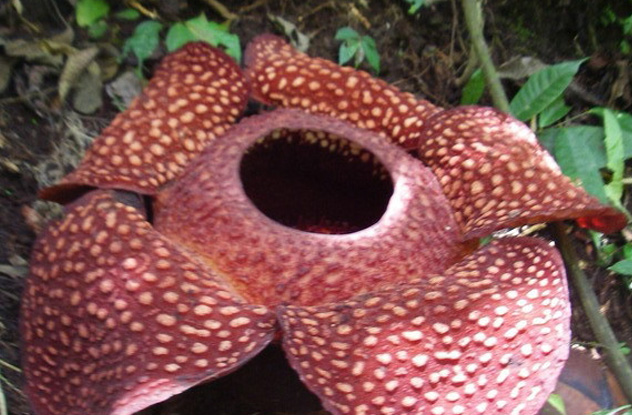 There are several species of plant that developed, independently of each other, a unique mechanism that accomplishes the one-two punch of tricking insects (the only things enticed by the aroma of animal dung or dead, rotting carrion) into pollinating them and warding off everything else.

This highly effective strategy, which encourages flies and dung beetles to lay eggs on and inadvertently pollinate the plant while strongly discouraging anything else, has evolved in at least five different species of plants and flowers with no biological relation to each other. The strategy is effective precisely because it evolves so rarely. If more plant species had this characteristic, the pollinators would eventually learn to avoid these false advertisers.

For this reason, there exists only a few hundred “stench mimics” out of the several hundred thousand known plant species. Oddly, several of these also happen to be extremely large, including the planet’s largest single-blossom flower, Rafflesia arnoldii, one of a few species to earn the nickname “corpse flower” for its sulfur-y aroma.

4Opposable Thumbs In Pandas And Primates 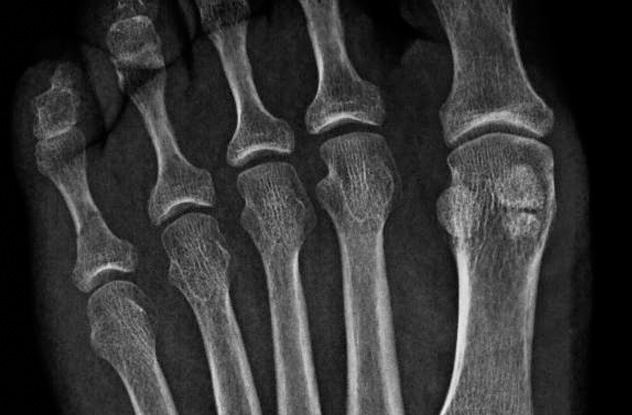 Several species of panda have evolved an extra digit, a “false thumb” that assists them in scraping the leaves from the bamboo that is their primary food source. In fact, when well-known biologist Stephen Jay Gould wrote a book in support of evolution in 1980, he called it The Panda’s Thumb.

Though it serves the same purpose, the panda’s thumb isn’t even technically on the same part of the body as primates. It’s attached more to the wrist area, and appears to have popped up simply where having an extra opposable digit would come in handy in that particular population. Not only did this trait obviously evolve separately from primates, but it exists in multiple panda species, which also developed it independently of each other. Though the function is the same, the structures of these digits in giant and red pandas, for example, are quite different.

Recently, a Spanish archaeological team has discovered the earliest known evidence of opposable thumbs in the red panda’s fossil record, in an extinct, tree-dwelling carnivore the size of a jungle cat.

3Echolocation In Bats And Dolphins 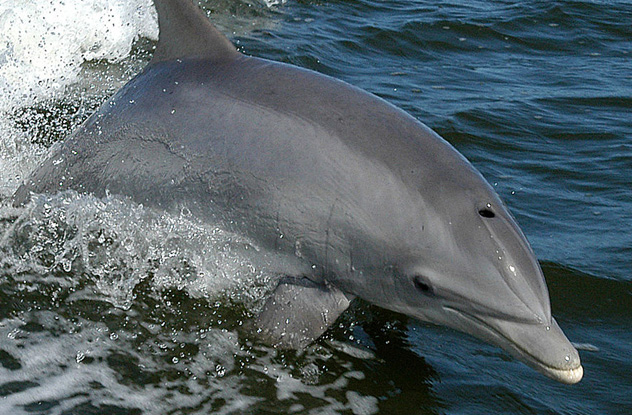 Despite their obvious biological differences, bats and dolphins are among the few organisms on the planet capable of using echolocation, the process of sending out high-pitched sounds and listening for their reflections to locate objects, like a natural radar.

A Queen Mary University of London research team first broached this subject in 2010, when they found identical mutations in a protein that regulates hearing sensitivity in both bats and dolphins. Then, in 2013, a full gene sequence was completed on four bat species (including two that do not echolocate). These results were compared against gene sequencings from a variety of other mammals, including the bottlenose dolphin. It was revealed that 200 sets of genes had been identically mutated in dolphins and bats. Interestingly, while many of these were related to hearing, many were not and had no clear link to echolocating abilities.

Critically, the genetic similarities were not seen in the bat species that do not use echolocation. While the team had thought that perhaps 20 instances of convergence among genes would be found, they found 10 times that many. Also, many of the converging genes were associated not with hearing but with vision.

2Fingerprints In Humans And Koalas 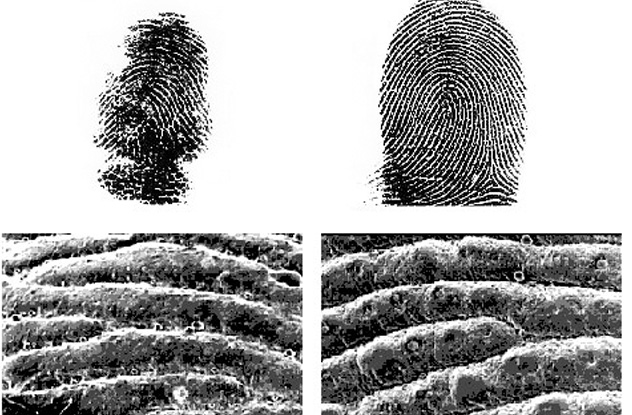 While it is well known that gorillas and some other primates share the trait of having fingerprints with humans, what is not so well known is that at least one other species does also. Incredibly, it’s the cute, cuddly koala bear, the only marsupial with this trait.

The advantage lies in the ability to grasp, which of course is a behavior that is common in primates and virtually absent among all other species. Koala fingerprints, despite having no evolutionary commonality with primate fingerprints, are nearly identical to those of humans. Primates and the marsupial ancestors of koalas diverged into separate branches of the evolutionary tree over 70 million years ago. Since no other marsupial has fingerprints, it’s very likely that koalas have only recently acquired it.

Amazingly, so alike are koala and human fingerprints that there are documented cases of fingerprints from koalas confusing crime scene investigators.

1Higher Intelligence In Birds And Primates 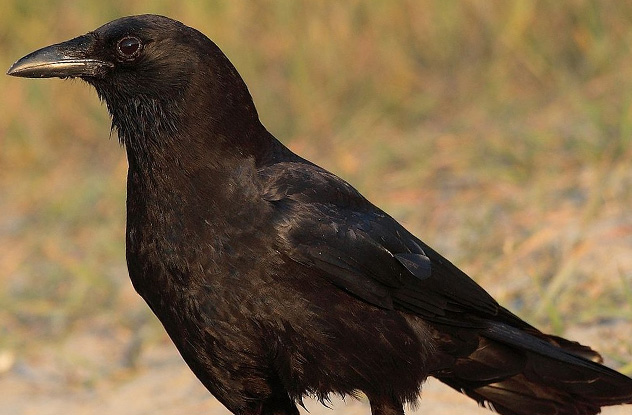 Several bird species, notably crows, are considered to be among the most intelligent animals on the planet. They display uncommon ingenuity in nature, and city-dwelling birds have been seen to adapt easily to human behaviors such as waiting for traffic to stop before venturing into the street.

In a 2004 meta-analysis, two Cambridge University professors observed that despite having completely different brain structures, crows and primates use a remarkably similar set of mental tools absent in nearly every other species—anticipation and natural reasoning—to solve problems. Most primates and other intelligent animals (such as dolphins) that share these qualities are social, like crows, and have large brains, again like crows, which have enormous brains for their size, about the same size as that of a chimpanzee brain.

Crows are also among the only animals other than primates to make tools, like hooks for catching prey. Crows from different regions will construct different tools for the same purpose. Another large-brained bird, the Western scrub jay, is able to remember and apply context to social interactions, such as remembering the bird that stole their food and not allowing that individual bird to see where their food is stored in the future.