The demands of working in a kitchen can be physically strenuous and mentally exhausting. Every now and then, that pressure can boil over, causing unthinkable tragedy. Other times, there are things that occur in life that just can’t be explained. The following is a list of 10 chefs who died tragically on the job. 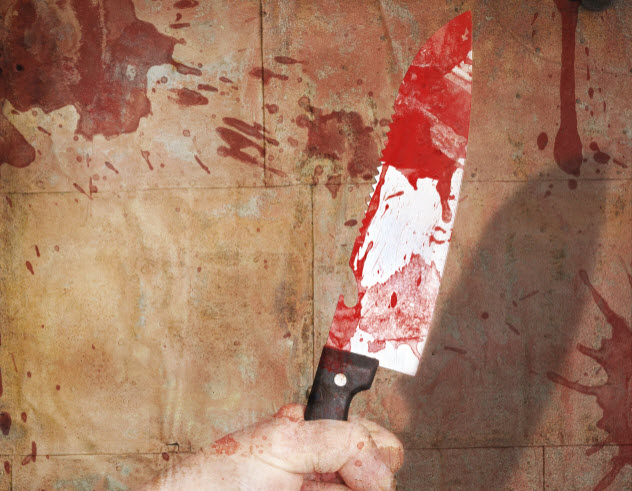 In September 2012, 46-year-old Stephan Stolze, a chef at Steamer’s Restaurant in Key Largo, grabbed a knife from the kitchen and walked into the dining area. In front of his coworkers, Stolze raised the knife to the right side of his neck and slashed his throat.

Bleeding profusely, Stolze ran to his apartment, which was located above the restaurant. Meanwhile, the restaurant’s employees—frantic and confused—mopped up the bloody scene as guests began to arrive for dinner.

Robin Schaupp, the restaurant’s manager, was in a meeting when the incident occurred. As soon as she was notified, she raced upstairs to find Stolze lying dead on the ground.

Stolze’s coworkers claimed that he had become depressed after breaking up with his girlfriend and that he wanted to move back to his home country of Germany. However, on the advice of his father, Stolze remained in Key Largo because Germany didn’t have many job opportunities.

In 2012, 47-year-old Jay Luther, a popular chef and owner of Germantown Cafe East in Nashville, closed the cafe’s doors on a Friday night following a power outage. In order to preserve the food, dry ice was stored in the walk-in freezer.

When the power came back Sunday evening, Luther decided to check on the food. Once inside the freezer, he became trapped when the door closed behind him. He did not have a cell phone, and the button to open the freezer door from the inside was not working. However, Luther was able to set off the robbery alarm within the freezer to alert authorities.

Four cops showed up. But they decided that it was a false alarm because the doors were locked and there was no sign of a break-in. Thirteen hours later, Luther’s lifeless body was found inside the freezer by coworkers. It was speculated that the cause of death was carbon monoxide inhalation from the dry ice. 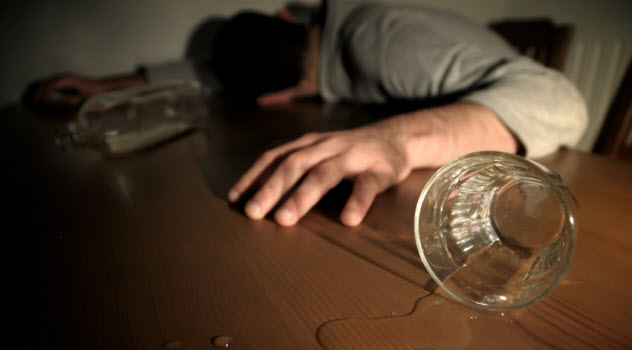 In July 2015, a man identified only as Rohit was working as a chef at Fidahh Restaurant, which is located at the Epicura Mall in New Delhi, India. On July 10, Rohit informed his family that he had decided to quit his job and was going to collect his money from Navdeep Singh, the restaurant’s owner.

The following day, Rohit’s dead body was discovered in the restaurant’s kitchen. According to reports, Rohit had slept in the kitchen overnight with two other employees. The report goes on to state that Rohit and the other two men had been drinking the night before and that Rohit had passed out in an inebriated state.

However, officials stated that the death of the man was suspicious. A New Delhi court charged the owner with murder. He was also charged with causing the disappearance of evidence that was connected to the death of the chef.

Homaro Cantu seemed to have everything going for him. At 38 years old, he was a Michelin star chef who owned two successful, Chicago-based restaurants. He was also the author of two cookbooks and was on the verge of opening an innovative brewery.

Then it all came crashing down. In April 2015, Cantu was found dead in his brewery from an apparent suicide by hanging. Those who knew him were completely dumbfounded because they had noticed no signs of despair.

Unfortunately, not everything was as it seemed. Cantu, who was known for his unique cuisine, was experiencing enormous financial pressure. Alexander Espalin, his former partner and investor in two of his restaurants, had accused Cantu of misappropriating company funds.

Espalin sued Cantu for using those funds for personal expenses such as fine dining, personal expenditures, and trips. Apparently, Cantu dug a hole so deep that he felt death was his only way out.

In August 2014, Chinese chef Peng Fan was preparing a meal for diners in his restaurant. The specialty for the day was snake soup with an Indochinese spitting cobra as the main ingredient.

Fan chopped the head off the cobra, cut up the meat, and began the stew. Twenty minutes later, he went to discard the head. As Fan picked up the cobra’s decapitated head, it bit him on the hand.

Suddenly, screams began echoing from the kitchen, causing commotion in the restaurant and diners to discard their food. The venom that entered Fan’s hand killed him before emergency personnel arrived.

But how could such a thing happen when the reptile has been killed?

Dr. Matthew Lewin, director of California Academy of Sciences’ Center for Exploration and Travel Health, explained, “Unlike humans, snake tissue can withstand long periods without circulating blood. The tissue doesn’t lose function as quickly as a mammal and the reflexes remain intact.” 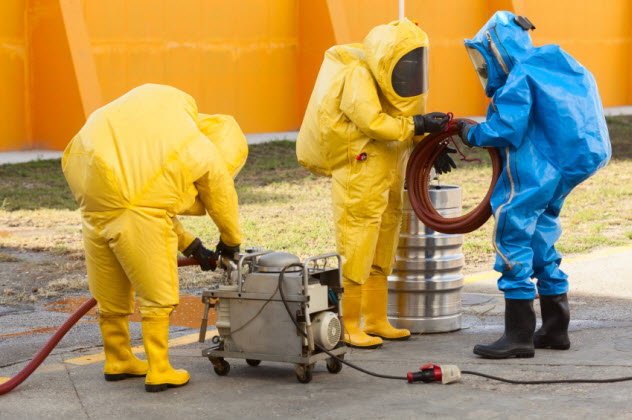 In the recent years, China has waged war against corporations that illegally dump hazardous toxins into the environment, causing “cancer villages” throughout the country.

Police in China discovered that factories were dumping their waste into drainpipes under the supervision of a parking lot operator. Records show that more than 3,400 tons of toxic waste had been dumped in a particular area within a nine-month period.

Unfortunately, the region of the dumping was located next to a Chinese restaurant. This led to the release of poisonous gases from the restaurant’s kitchen drain, ultimately killing the restaurant’s owner and chef. The death sparked an investigation. Ultimately, 27 suspects and 20 factories were implicated in the illegal dumping. 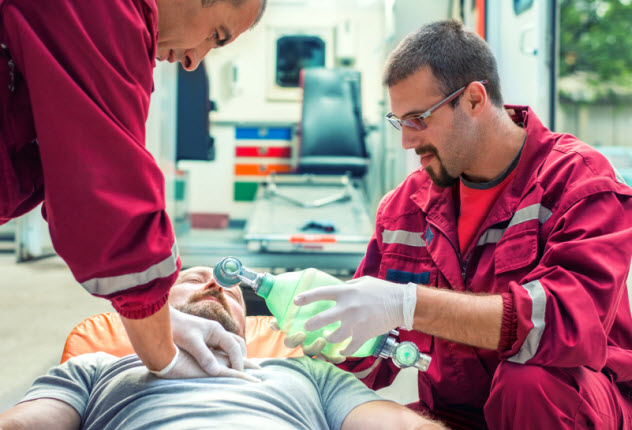 Scott McLeod, 41, was a successful top chef who had worked in some of the finest Latin restaurants in Philadelphia. He had received numerous accolades for his spin on Latin cuisine, including two bells from The Inquirer’s Craig LaBan. On a personal level, McLeod was described as being very friendly. He was also a workout fanatic who was covered in tattoos.

On a Sunday evening in March 2015, McLeod was working as the executive chef at Alma de Cuba in Philadelphia’s old city neighborhood. That night during dinner service hours, McLeod was found unresponsive in a locked bathroom of the restaurant.

Emergency personnel were called by frantic coworkers, and McLeod was taken to the hospital. Unfortunately, the executive chef could not be revived and was pronounced dead a short time later.

Following an autopsy, the coroner reported that the 41-year-old had succumbed to heart disease, a condition perhaps overlooked in a physically active man in his early forties.

In 2002, 38-year-old Elivelton Dias moved to Peabody, Massachusetts, to escape the growing violence in his home country of Brazil. He became employed as a sous-chef at P.F. Chang’s and happily worked for the restaurant chain for many years.

In 2015, his wife had just given birth to their first child. However, everything came crashing down when the police were called to the restaurant during the dinner rush hour. They found Dias lying on the kitchen floor. He had literally been stabbed in the back.

Dias was taken to a hospital where he was pronounced dead. The culprit was a 23-year-old fellow chef, Jaquan Huston. The two men had gotten into an altercation. Then Huston grabbed a knife and stabbed Dias. Huston fled from the scene but was arrested later at his home. Huston has been charged with first-degree murder. 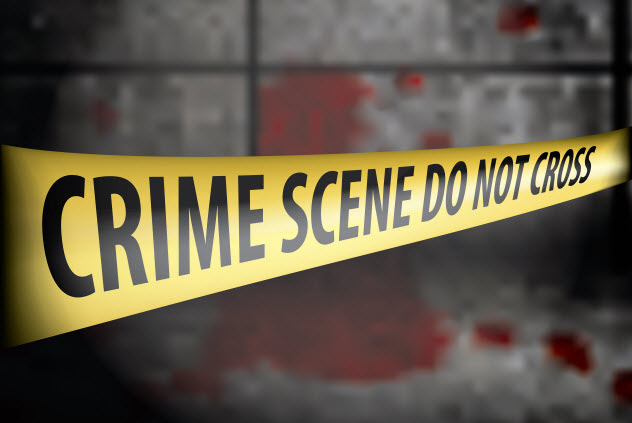 In March 2016, the owner of Lee’s Cafe and Bistro, a Vietnamese restaurant in Philadelphia, went to the kitchen in the basement to check on the chef. A food order had been placed 10 minutes earlier but had never arrived.

The owner found Thuong Nguyen, the 54-year-old chef, lying on the kitchen floor in a pool of blood with her throat slashed. Moments later, frantic coworkers flagged down a patrol officer outside the restaurant. But Nguyen was already dead.

Police stated that the scene of the crime showed signs of a struggle. At the time of the murder, there were five customers and four employees inside the restaurant.

Later, police stated that a fellow employee—identified only as Noelle—was a suspect in the horrendous crime. The investigation is ongoing. Anyone with knowledge of the suspect’s whereabouts is asked to contact the police. A $20,000 reward for information leading to his arrest has been offered.

To pursue the American dream, 46-year-old Guadalupe Maldonado moved his wife and three children to Chicago from Mexico. In Chicago, he worked as a cook at Brown’s Chicken & Pasta restaurant.

Although he wasn’t making a lot of money, he loved his job and the opportunity to give his family a better life. Like clockwork, Maldonado was always home by 10:00 PM. So when 1:30 AM rolled around one day with no word from him, his family became extremely concerned.

On that cold January night in 1993, two men had walked into the restaurant shortly before closing time at 9:00 PM. Moments later, a robbery ensued. Lynn Ehlenfeldt, 49, was ordered to open the safe.

After doing so, she was told to turn around. Then her throat was slashed. Another employee tried to make a run for it but was shot in the back and killed. The remaining five employees, including Maldonado, were ordered into the freezer and executed.

The case went unsolved for nine years until police arrested Juan Luna and James Degorski with the help of DNA evidence. Luna and Degorski were convicted and sentenced to life in prison.