For armchair archaeologists, there’s no better buzz than reading about the latest discoveries of the ancient world. Most arise from sites never before excavated or those barely studied. Sometimes, though, finds turn up at well-known monuments and archaeological areas. Those are the true wonders of archaeology, plainly because one would think nothing incredible is left to discover. 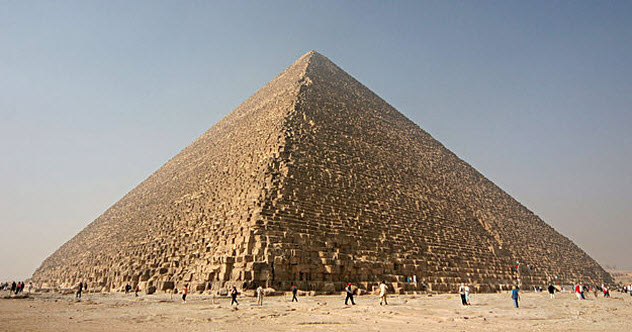 Measuring the Great Pyramid of Giza turned up an unexpected surprise—it’s uneven. For centuries, the true size of the monument eluded researchers. It’s not as easy as strapping a measuring tape around the pyramid’s base. A big part is missing, including the original size of this ancient marvel.

Long ago, looters stripped the casing stones—limestone slabs that gave the pyramid a smooth, four-sided look instead of the steps tripping up tourists today. Researchers set out to calculate the true dimensions by using cutting-edge technology and studying the few remaining casings.

The result showed something unexpected. A slight builder’s mistake had left the Great Pyramid lopsided. Its base is 14.1 centimeters (5.6 in) longer on the west as compared to the east side. Even more amazing, complex ruins—possibly housing meant for elite troops during the time when the pyramids were built—lie nearby. 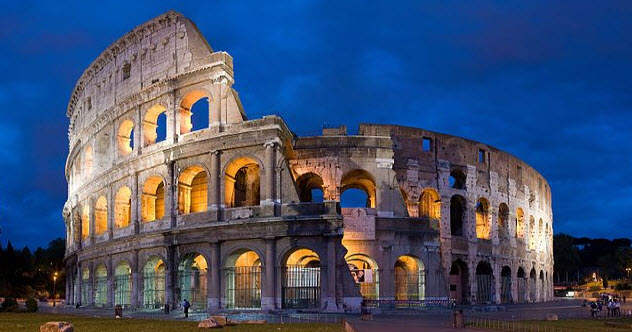 To enjoy the fun horrors of the Colosseum, ancient Romans weren’t required to pay an entrance fee. Their tickets held another purpose—to show them to their seats. Five thousand excited audience members would go through different gates, above which were engraved the numbers of their tickets.

Restoration workers were washing these gate engravings when the dirt gave way to an amazing ancient survivor. Red paint. Sure, it sounds mind-numbingly dull. But considering that it’s believed to consist of iron oxide and clay, the paint wasn’t supposed to last more than a few years.

Two millennia later, it’s still there. That something so simple was overlooked until recently is rather odd. To be fair, perhaps nobody thought to search for something that was never supposed to outlast its expiration date by 2,000 years. 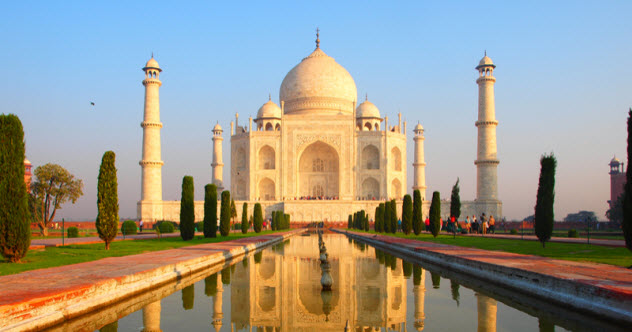 The gardens surrounding this Indian icon align with each summer and winter solstice. On the said summer’s day, usually June 21, dawn breaks over a pavilion to the northeast and the Sun sets behind another to the northwest. The two pavilions guard between them the Taj Mahal’s mausoleum and minarets.

Around December 21, the winter solstice Sun repeats the journey from one pavilion to the next—only this time starting with one to the southeast and finishing the day behind another to the southwest.

The solstice Sun could have been a tool architects used to assure accuracy during the monument’s construction. In fact, the mammoth Taj Mahal is perfectly positioned along a north-south line.

Other solstice gardens exist, but not all have mastered solar orientations with such precision. The bigger the area, the harder it is to create a solstice complex. The vast grounds of the Taj Mahal have perfect Sun alignments. 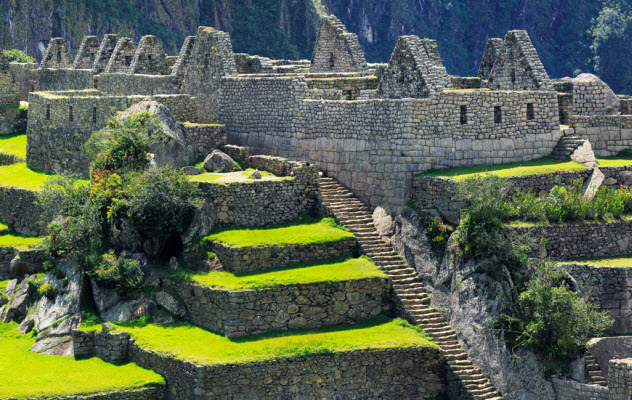 An ever popular tourist destination, Machu Picchu and its trails are studied by thousands of eyes each year. Yet something still managed to elude visitors and researchers until recently. Fifteen minutes walking distance from the Inca citadel are new cave paintings.

They show the figures of a man and a camelid-type animal, most likely a llama. Above them sits a geometric glyph. Staff from Cuzco’s Cultural Department discovered the ancient art when they were on one of the roads that lead to Machu Picchu.

In the same area, that of Pachamama, four graves were located in 1912 when Hiram Bingham, the man who found the Inca city, returned during a second expedition. His records never mentioned the black rock paintings, so it’s assumed that he never saw them. Researchers still need to agree about the age, but there’s an exciting possibility that the artist was pre-Inca. 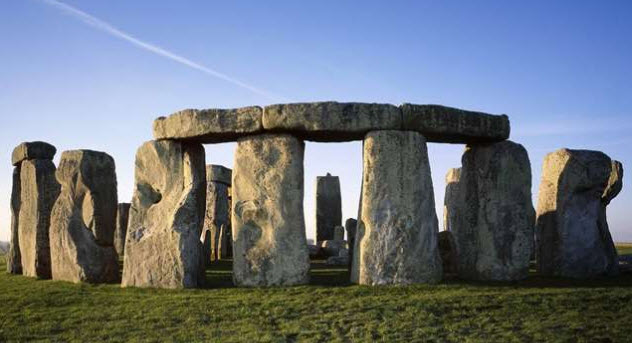 On occasion, a badger in a digging mood can be the animal equivalent of an amateur archaeologist hitting the big nugget. One badger clawed up (and possibly broke) a cremation urn near Stonehenge, and when the pottery shards were noticed, it triggered a full excavation.

The dig didn’t disappoint. The urn belonged to an early Bronze Age grave that also contained cremated human remains, a bronze saw, and a copper chisel with an ornate bone handle. Archery-related artifacts such as a wrist guard and shaft straighteners indicate the person could have been an archer or a tradesman who crafted archery equipment. The artifacts are all in quality condition despite the fact that they are around 4,000 years old. 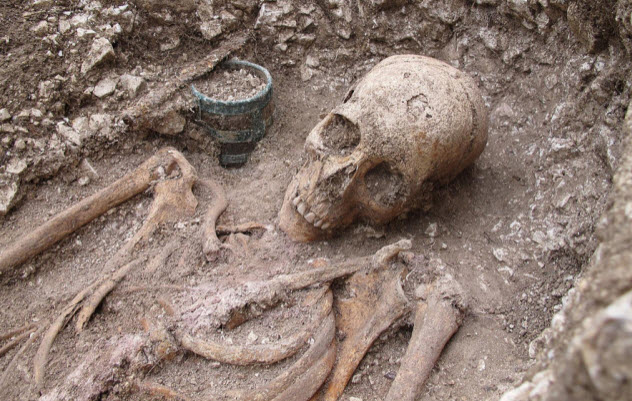 Team Badger did it again. Barrow Clump is the only surviving mound of a group of 20 that got plowed into oblivion. The Bronze Age site, sitting on military grounds in Salisbury Plain, shares its surroundings with a bunch of active badgers. With a furry population 70 dens strong, it soon became apparent that the creatures were doing their own damaging version of an excavation, digging up artifacts and leaving them strewn about.

A rehabilitation program for soldiers brought in a team of military men injured in Afghanistan to salvage what they could. What they discovered was not only a great find for history but also for themselves. The troops belonging to The Rifles found their own ancient version in the form of 27 warriors. The burials contained the remains of Anglo-Saxon males buried with personal items and weapons dating to the sixth century. 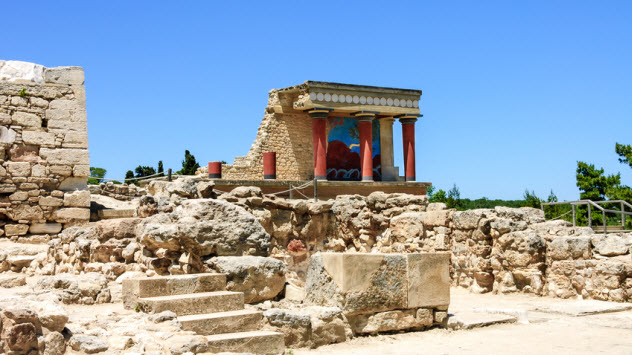 Knossos, the oldest city in Europe, was built by the Minoan culture and is home to Crete’s most famous landmark, the Palace of Knossos. Fieldwork revealed that the scale of the Bronze Age metropolis was three times larger than previously thought and spread out over a large part of the Knossos valley.

Newly discovered tombs contained imported goods, indicating that this flagship city was a trade hub of the ancient world and a shopper’s dream. Knossos wasn’t just advanced and spectacular, it was resilient, too. Its sociopolitical system crumbled around 1200 BC.

However, the new urban ruins show a city that recovered and expanded rapidly during the Iron Age. By 1100 to 600 BC, Knossos was wealthy and influential again, thanks to its trading with several countries as near as mainland Greece and as far as the Near East and Egypt. 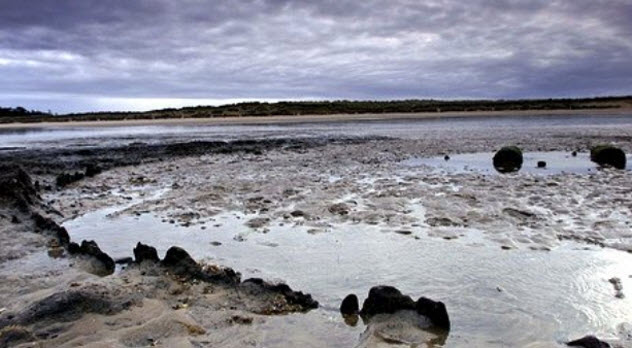 In 1998, a prehistoric circle was found on a Norfolk beach. The so-called Seahenge became famous, but it has a much neglected sister. Found during the same year, she was even overlooked when protesters tried to prevent the removal of the 55 oak posts and the centerpiece oak stump belonging to Seahenge.

Removal was necessary because of damage caused by the tides. The second circle, known as Holme II (technically Seahenge is Holme I), is dying a slow death. Originally, its oak posts and fences formed an oval around two oak logs in the middle. Today, most of it is gone.

Sadly, complete destruction is inevitable since there are no plans to remove Holme II. Both henges date to 2049 BC, pointing toward a unified purpose as one monument. Seahenge is believed to be a memorial to somebody who died, while Holme II’s now-missing central logs are suspected to have supported the deceased’s coffin. 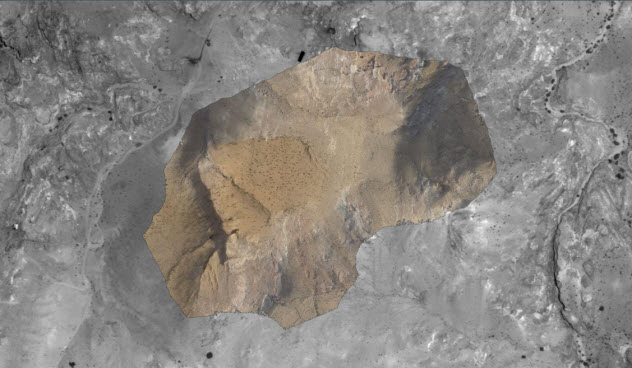 In Jordan, archaeologists have been excavating the ancient city of Petra for two centuries. The metropolis is massive. Carved from desert cliffs, there are places of worship, tombs, homes, and forts at least two millennia old. After all that time shoveling and studying, one would think that nothing big would be left to find.

Incredibly, a mammoth structure was found in 2016. Located about 1 kilometer (0.6 mi) from the city, a giant rectangular platform was revealed and it came with extras. It contained a smaller version of itself on top, pillars, a stairway, and terrace walls, making it one of the most monumental finds at Petra.

The platform is on a plateau and measures about 56 by 49 meters (184 by 161 ft). The structure was built by Petra’s inhabitants while the city was the height of its power. But what this colossal platform was used for remains a mystery. 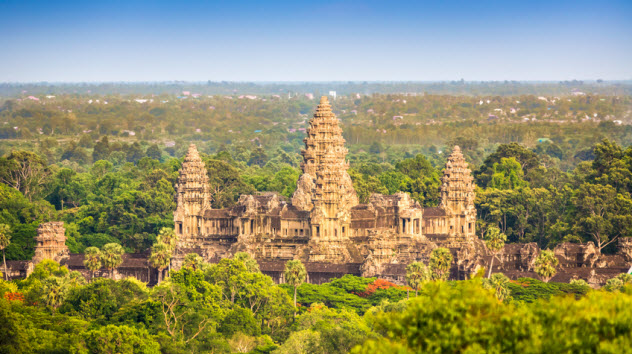 The newest finds at Angkor Wat can only be described as unreal. The ancient religious site in Cambodia recently yielded a treasure trove of new discoveries—eight buried towers, a spiral, concealed paintings, and the foundations of an entire medieval city.

The rock towers are shattered in their graves next to a gateway by the moat. The spiral, a unique structure made of sand nearly 1.6 kilometers (1 mi) long, flows in rectangular lines. Two hundred paintings adorn the temple walls, and all are invisible to the naked eye.

The major temples of Angkor are surrounded by a considerable urban area linked up by roads and canals. Mahendraparvata was among the first capitals of the Khmer Empire and built centuries before Angkor Wat.