There are a handful of people who are universally lauded for their genius and their contributions to society. Whether it is Alexander Graham Bell’s inventions, the theories of Pythagoras, or the literature of Dickens, it’s undeniable that some people have changed the world with their work. Even so, some of them had their own bizarre and sometimes bloody ideas that can make us look at them just a bit differently. 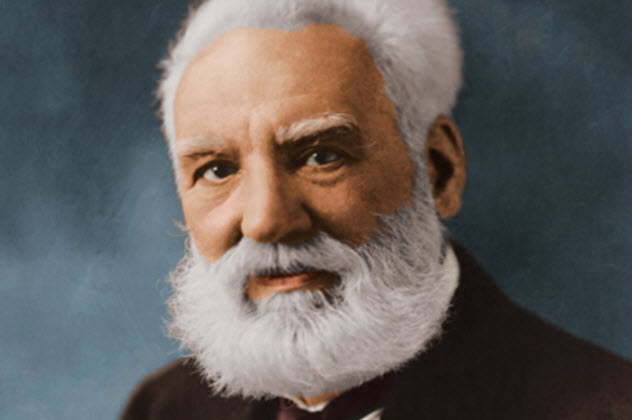 Alexander Graham Bell’s mother was deaf. This not only guided his own career as an inventor but encouraged his father to develop Visible Speech, a method of using symbols to teach people to speak a language they had never heard.

Bell didn’t just promote Visible Speech, he traveled the country and campaigned against sign language. He claimed that sign language was creating an entirely separate culture of people and that deaf people were being alienated from mainstream society, were marrying only each other, and were breeding a culture of more deaf people.

In 1884, he wrote Upon the Formation of a Deaf Variety of the Human Race and condemned sign language as a foreign language that was separating the species. Rather than side with proponents of eugenics, Bell proposed banning sign language, outlawing the employment of deaf teachers, and using Visible Speech to assimilate deaf children into mainstream education. 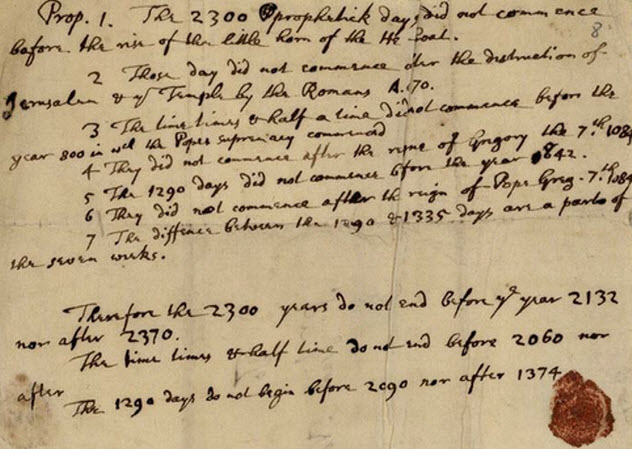 Newton never published his writings on alchemy, and we know now that alchemy is not the only strange thing Newton was dabbling in. He was also busy trying to figure out when the world was going to end.

Newton wrote around 4,500 pages of analysis on the Bible, which he believed held all the secrets of the world and all God’s instructions to mankind. He concluded that the world was going to end in 2060.

After the apocalypse, those left would be governed by saints who returned to mankind’s realm. The saintly rule would last for 1,000 years, and Newton believed that he was destined to be one of these saints. 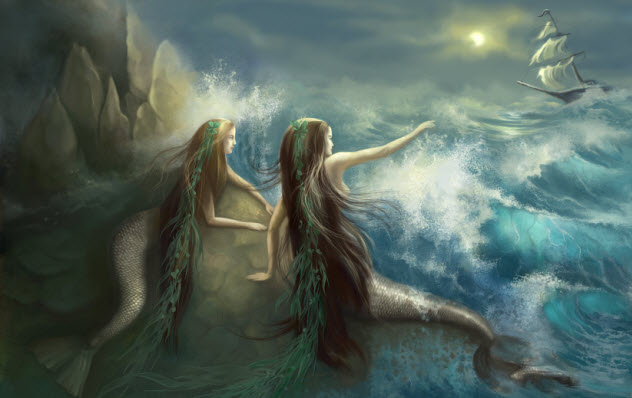 Carl Linnaeus was an 18th-century botanist who developed a system of classification and taxonomy that we still use today. He saw similarities that allowed plants and animals to be grouped into categories, and he believed in a lot of mythical creatures that no one had ever seen.

One creature classified in his Systema Naturae was the kraken, which he assigned the scientific name Microcosmus marinus. The kraken was in the first few editions of the book (with the footnote that he had never seen one).

He also wrote about mermaids. He did believe that he had seen this creature, which he described in the 10th edition of his master work. The mermaid was housed in a museum in Leyden, had come from Brazil, and was fed a diet of little fish and pieces of bread. 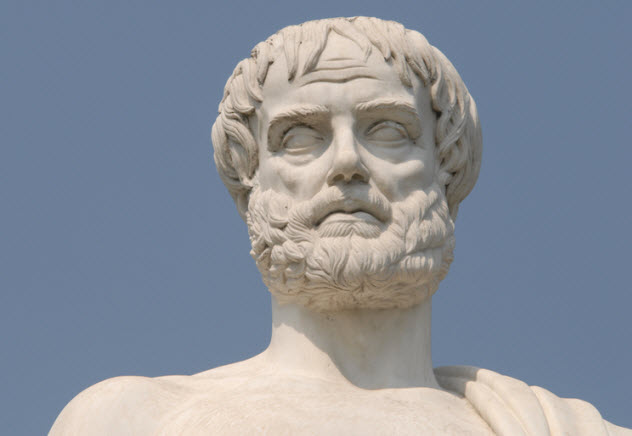 Aristotle is often hailed as one of the ancient world’s great thinkers, and one of his constant themes is the superiority of men. While that is nothing new in terms of gender bias throughout the ages, Aristotle did cite some bizarre evidence he saw as proof of his claims.

The philosopher said that while women were able to run a household and should be considered a step above children and slaves, there could be no equality between men and women simply because women were so clearly an inferior product of the human condition. He pointed to Sparta, where women were given power and the results were downright uncivilized and disastrous. It was a problem rooted in biology, he claimed, and stated that women were simply an incomplete, deformed version of men.

6 Carl Jung’s Summoning Of The Self 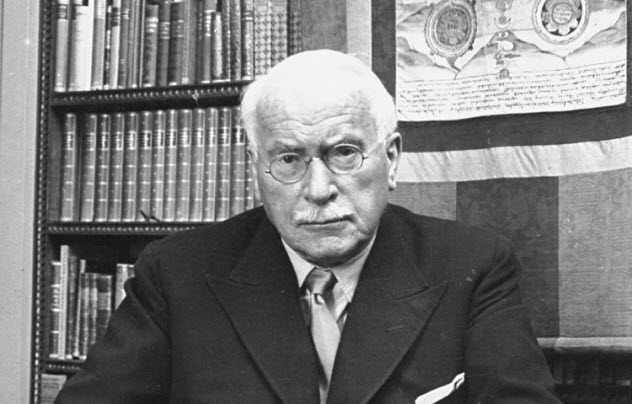 In 1889, Carl Jung began observing Miss S.W., a 15-year-old patient who suffered from attacks of somnambulism. While asleep, she would channel the spirits of people she once knew (most often her grandfather, who took the role of her protector), her pulse would slow, and her eyes would stop reacting to stimuli in the room. When she woke, she reportedly hated what she was being subjected to.

Jung studied her at seances for years and concluded that occult phenomena was one of the most direct ways to access the deepest, darkest parts of a person’s true self. Most of the development of our personalities goes on without us being aware of it, and the pieces of our “self”—which he called complexes—he saw as manifesting during the presence of occult phenomena. 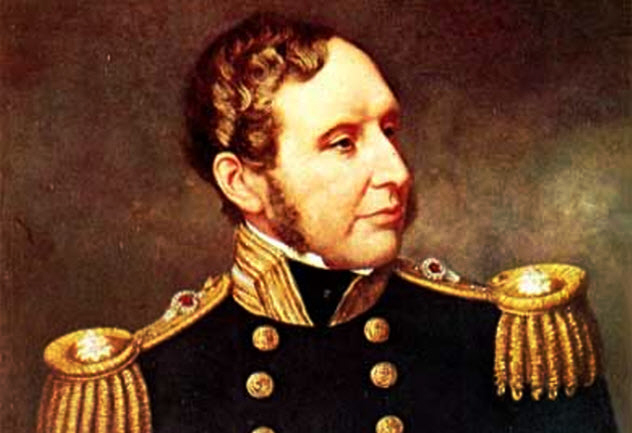 Robert FitzRoy had an incredible life. He is credited with inventing the idea of the weather forecast by laying the groundwork with observations made during his countless days at sea. He also founded the Met Office. But between his floundering political career and the then-bizarre claim that he could predict the weather, mounting criticism drove him to suicide.

FitzRoy was right, of course, and his drawings of weather patterns and ocean currents stand up to modern comparison to satellite images today. But not all of his ideas were so progressive.

As the captain of the HMS Beagle, FitzRoy didn’t always see eye to eye with Charles Darwin. During the Beagle‘s famous voyage, he and Darwin clashed over the ideas of evolution. FitzRoy thought that the whole thing was ridiculous and developed a theory of his own: The real reason the dinosaurs went extinct was that Noah had built the ark with doors too small to accommodate them. 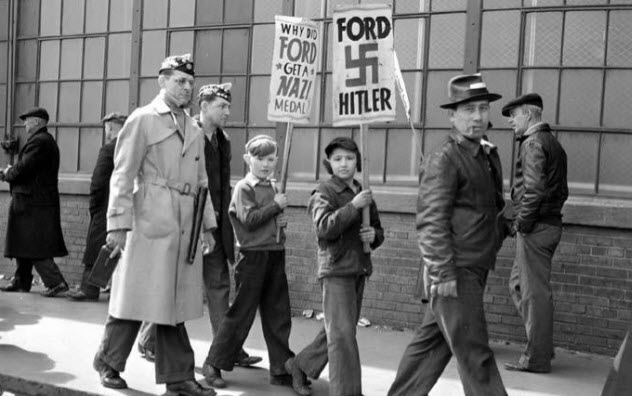 Henry Ford’s fondness for Nazi Germany and Hitler has been well-documented, but he was also involved in the use of slave labor. Journalist George S. Schuyler wrote extensively on Henry Ford’s “industrial plantation” in the 1930s, exposing what Schuyler called a modern-day version of Uncle Tom’s Cabin. It was constructed in Detroit and headed by Ford, but it was only in 2003 that a series of letters between Edsel Ford and Ford’s French headquarters came to light.

The letters suggest that the Fords knew just where Nazi Germany was getting their European labor pool: slaves pulled from concentration camps. When documents from the war were cataloged by historians working at Auschwitz, they found proof that Siemens, IG Farben, and the Ford Motor Company were using slave labor from the camps—and they had the letters linking the Fords to it directly. 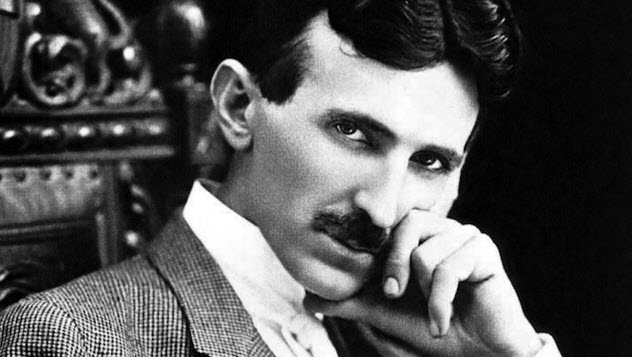 Nikola Tesla has enjoyed something of a revival lately, especially when compared to some of the horrible things Edison did to further his career. But Tesla championed his own bizarre beliefs. In 1935, he wrote an article for Liberty magazine outlining what he believed the future should hold.

Among his ideas, he wrote that mankind should take the idea of “survival of the fittest” to a whole new level by 2100 and sterilize anyone unfit for contributing to the continuation of the human race. He said, “Certainly, no one who is not a desirable parent should be permitted to produce progeny.”

For him, that meant the forced sterilization of anyone deemed mentally ill or insane and anyone who had been convicted of a crime.

2 Charles Dickens And His Healing Abilities 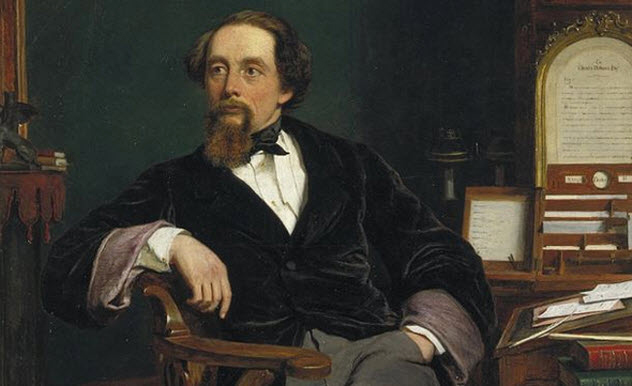 In the 1830s, Europe was gripped by the idea of mesmerism. The basic theory was that people who knew how to manipulate a person’s magnetic or mesmeric fluid could impact their health, and Dickens swore that he had helped heal an injured friend by mesmerizing him.

Dickens was friends with John Elliotson, a University College Hospital doctor who was eventually discredited due to his work and belief in mesmerism. Dickens stood by his friend during the fallout, and after Elliotson taught him all the mesmerizing techniques he knew, Dickens started practicing on his family.

In 1845, Dickens spent time with Augusta de la Rue, trying to mesmerize away her complaints of headaches and general ill feelings. When family friend John Leech fell and sustained a head injury in 1849, Dickens rushed to his aid and later claimed to have helped him recover by mesmerizing him. 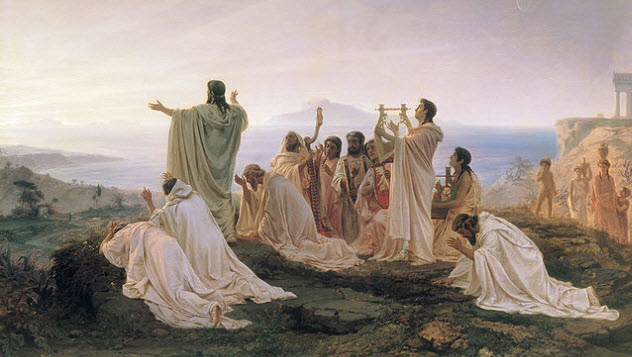 Most of what we know about Pythagoras comes from the writings of others, and countless texts laud him as an expert in matters of the soul and transmigration. His teachings were so widely accepted that people followed his idea of the proper way to live for at least a century after his death (circa 495 BC).

The Pythagorean way of life included a strict rule that forbid burying anyone in wool cloth. Aristotle wrote that disciples of Pythagoras refused to eat sea anemones, rams, oxen, or the heart or womb of any animal because these animals might have contained souls that were once human. Beans were forbidden, too, because the soul supposedly traveled through beans into another living creature to be reborn.

The Pythagorean religion also had rules against breaking bread, putting on a left shoe first, traveling by public roads, picking up something that had fallen, looking into a mirror that sat beside a light, and stepping over a crossbar. To become a Pythagorean, some writings say that a candidate had to spend five years in silence.