In June 793, an Anglo-Saxon priest wrote mournfully that “heathen men came and miserably destroyed God’s church on Lindisfarne, with plunder and slaughter.” The Viking raids had begun. But while many of the wild Scandinavian raiders remain well known, some of the most feared and powerful figures of the age have been all but forgotten. 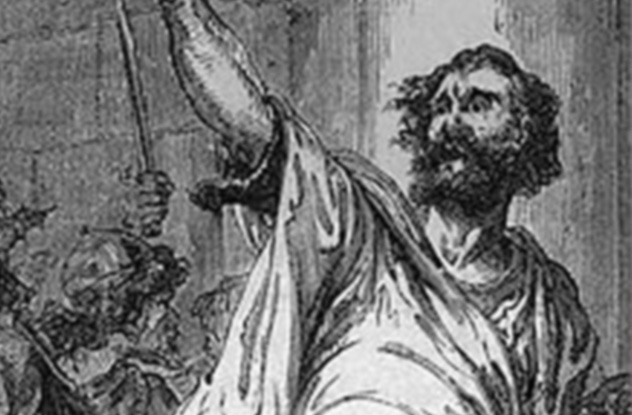 The Viking chief Hastein had a long and bloody career raiding England and France. But in his day, he was most notorious for his expedition to the Mediterranean in AD 859. After raiding Algeria, the Vikings found an island to wait out the winter. To their astonishment, the Mediterranean remained warm all through the winter months.

Hastein was also surprised to learn he was near Rome. The headquarters of the Church would surely be a glittering prize, and Hastein resolved to plunder it. Sailing down the west coast of Italy, the Vikings came across the greatest town they had ever seen. It was surely Rome.

Hastein knew the walls were too mighty for him to take the city by force. Instead, he pulled ashore and had his men explain that their dying leader wanted a Christian burial. The Italians were touched and agreed to allow Hastein carried through the gates. Of course, the chieftain soon sprang from his coffin and sacked the city.

He sailed away loaded with loot. and it was apparently some time before he learned that he had mistaken a town called Luna for the great city of Rome. 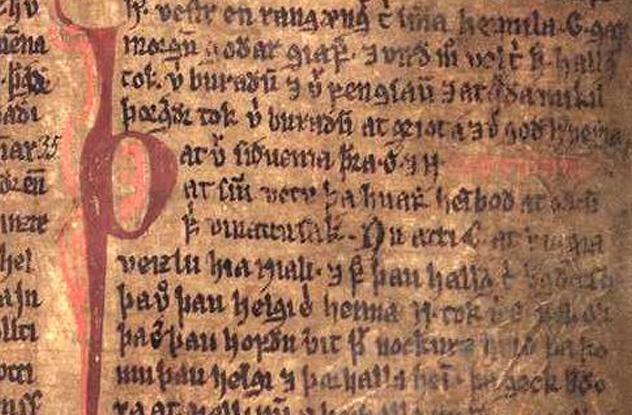 Sigurd the Stout was the Norse ruler of Orkney, a large island on the north coast of Scotland. He extended the power of Orkney over the Hebrides islands and large areas of mainland Scotland.

He was well known for his use of a raven banner, a mysterious pagan totem flown by several Viking raiders. The sagas say that Sigurd’s raven banner was made by his mother (a powerful shaman) and made him invincible in battle.

However, Sigurd was overwhelmed by the Norse king Olaf Tryggvason, who forced him to convert to Christianity and took his son back to Norway as a hostage. The son died, and Sigurd was able to renounce his conversion. He took his raven banner with him to the Battle of Clontarf, where he was killed by the forces of the Irish king Brian Boru. 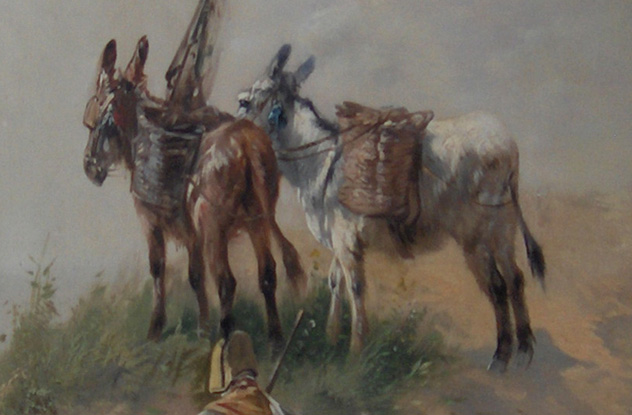 The Persian philosopher Abu Miskawayh and the Kurdish chronicler Ali ibn al-Athir both recorded a raid on the distant Caspian Sea in AD 943. According to Miskawayh, a powerful Viking Rus fleet ported overland to the Caspian and then rowed up the Kura River to attack the rich city of Barda’a. The leader of the expedition rode a donkey, but the Muslim writers apparently didn’t know his name.

After crushing a force of 5,000, the Vikings looted Barda’a and slaughtered many of the citizens after being pelted with stones. The Persian governor of the region brought up reinforcements and placed the city under siege, but his men were intimidated by the invaders and the Vikings were only forced to retreat after an epidemic of dysentery thinned their ranks.

The donkey-riding chief died in a breakout attempt, but his surviving men were able to slip away at night and made it to the safety of their ships. The locals at once dug up the graves they left behind to retrieve the valuable swords buried with the dead warriors. 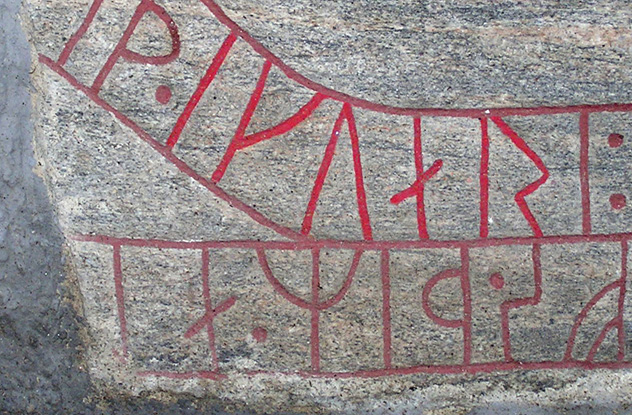 The Vikings returned to the Caspian in the 1040s, when the warrior Ingvar the Far-Traveled led an expedition south from Sweden. After spending a few years with the Rus, Ingvar headed off again in search of plunder.

Georgian chroniclers mention a group of Vikings who helped King Bagrat IV of Georgia in a war against some rebels. These are generally assumed to be Ingvar’s men, especially since the landscape in a saga about him matches up well with the Georgian terrain.

After that, Ingvar is believed to have headed further east, into Muslim lands around the Caspian sea. The sagas and various runestones agree that his entire expedition died of disease there, a rather underwhelming end for such a powerful warrior. 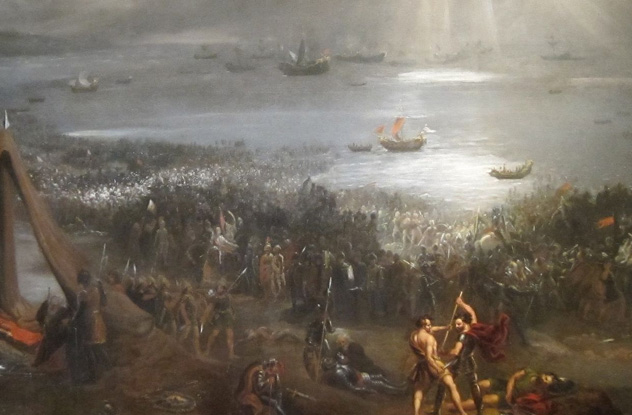 After Brian Boru became High king of Ireland in AD 1002, Viking power in the Emerald Island was seriously under threat. The Norse king of Dublin, Sigtrygg Silkbeard, decided to back a rebellion against Brian. He was encouraged by his mother Gormflaith, who was Brian’s estranged wife.

At Gornflaith’s urging, Sigtrygg recruited warriors from all over the Viking world, including Sigurd the Stout. He also sent word to the Isle of Man, which was ruled by two brothers named Brodir and Ospak, who were reputedly powerful sorcerers. Brodir agreed to fight, but Ospak thought that they would lose and he ducked out under cover of darkness to join Brian.

At the Battle of Clontarf, Brodir was said to have cut down dozens of Irishmen. But Clontarf was a bloodbath and Brodir sensibly ran away into the woods when the opportunity presented itself. According to Njal’s Saga, he accidentally ran into the elderly King Brian, who was waiting to hear the outcome of the battle. Overwhelming Brian’s guards, Brodir personally killed the king.

The Saga later relates that Brian’s brother Wulf the Quarrelsome later tracked Brodir down, nailed his intestines to a tree, and forced him to walk around it until they were all pulled out. 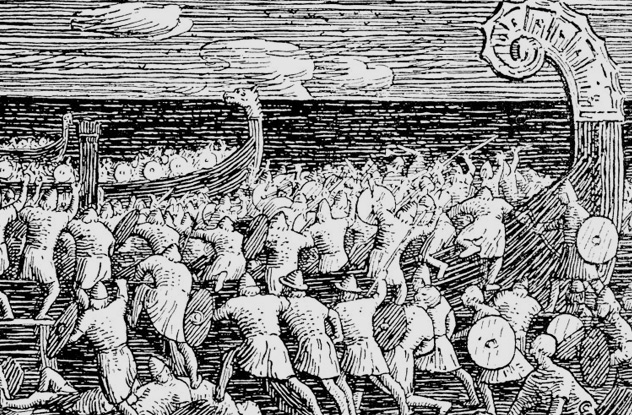 According to the 12th-century Icelandic poet-historian Snorri Sturluson, Raud ran afoul of King Olaf Tryggvason, who was trying to convert Norway to Christianity. Raud refused to convert and openly mocked the Christians.

This infuriated Olaf, who had Raud seized. When the stubborn pagan still refused to be baptized, Olaf had him tied down and rammed a drinking horn down his throat. Then he pushed a snake into the horn and poked it with a hot iron until it crawled down Raud’s throat and into his stomach.

According to Snorri, Raud died when the snake chewed its way out through his side. Since snakes can’t really chew, the story may be worth taking with a grain of salt. 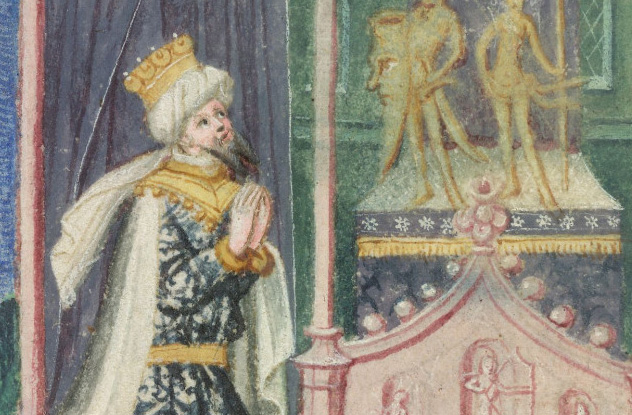 According to Ragnar’s Saga, Ivar the Boneless was the son of the legendary warrior Ragnar Lodbrok, pictured above. That may or may not be true (the same saga has Ivar fighting a magical cow), but we do know that Ivar and his brothers commanded the Great Heathen Army, a mighty force that invaded England in 865.

They overran the kingdoms of Northumbria and East Anglia and did serious damage to the kingdom of Mercia. King Aelle of Northumbria was tortured to death, while Edmund of East Anglia was shot full of arrows in a church. After that, Ivar returned to York and disappears from the record, leaving command of the army to his brothers.

Ivar’s nickname has been the subject of much speculation. The sagas agree that he had to be carried around on a shield, and Ragnar’s Saga claims that he had “only the like of gristle where his bones should have been.” This has led some historians to suggest that he suffered from osteogenesis imperfecta, a condition that leaves bones fragile and easily broken. 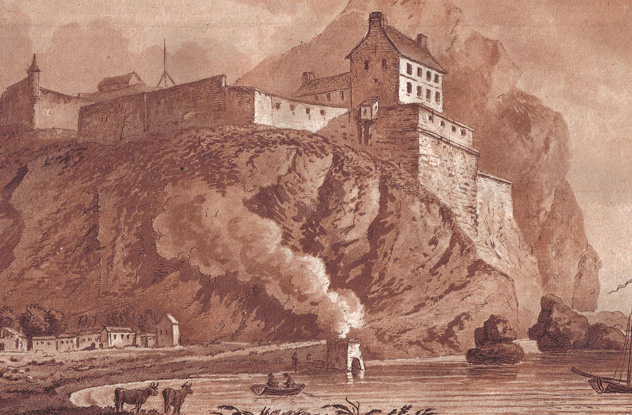 Before Ivar the Boneless appeared in English records, a Viking leader called Imar was active in Ireland, where he took control of Dublin and fought in numerous raids and small wars. After Ivar left England, Imar reappeared in Scotland, where he besieged the great stronghold at Dumbarton Rock.

The siege lasted four months, but the Vikings were eventually able to cut off the water supply, and the fortress surrendered. The king of Strathclyde was taken prisoner and, it took 200 ships to carry away the loot. Imar then returned to Ireland, where he died of a “hideous disease” in 873.

Most historians speculate that Imar and Ivar are the same person, although the Scotch-Irish records never make reference to the “boneless” nickname. 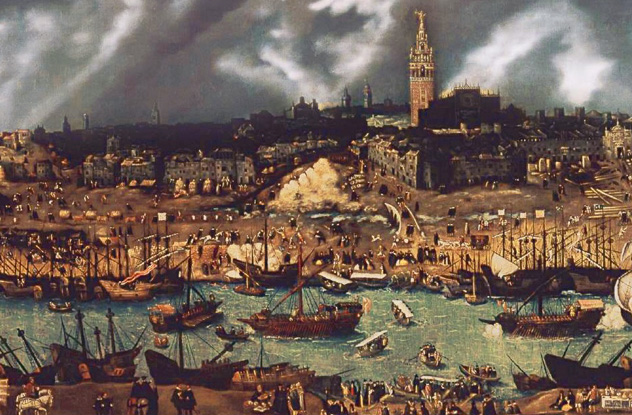 The earliest Viking raid on Spain sacked the Muslim city of Seville in 844. Subsequent attacks on Muslim Spain went poorly, and the largest Viking campaign in Spain focused on the Christian north.

The raid started when Richard of Normandy called in Danish assistance for a campaign in northern France. Once that wrapped up, the Danes raided Galicia, in the northwest corner of Spain. They were led by a “sea-king” the Spanish called Gunderedo.

Gunderedo’s men pillaged the great shrine of Santiago de Compostela and killed the bishop in battle. After that, no Galician was willing to challenge the Danes and they ran riot across the countryside for three years. Its not clear why they eventually left, but probably Galicia was too poor to hold their attention for longer. 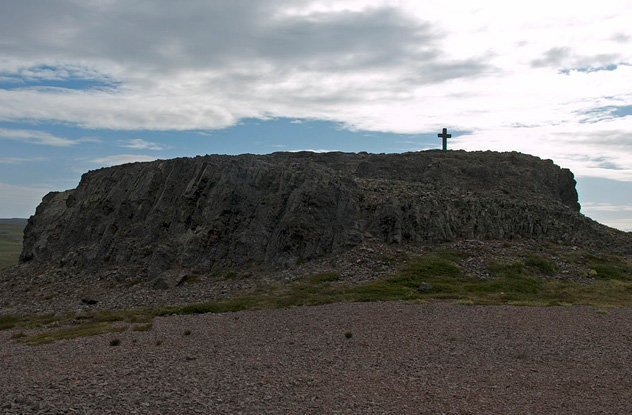 Thorstein the Red was the son of King Olaf of Dublin and his famous queen, Aud the Deep-Minded. Aud’s family ruled the Hebrides, and Olaf had married her in the hope of gaining an alliance. But the islanders continued to raid around Dublin, and Olaf eventually sent Aud and the infant Thorstein home in fury.

Olaf’s power grew, and he took control of the Hebrides, forcing Aud to flee to Scotland with her son. Thorstein grew up into a fierce warrior, who raided across Scotland and “was ever victorious.” The desperate Scots even granted him an independent kingdom in the northern tip of Scotland.

But Thorstein wanted more, and the Scots conspired to have him murdered in AD 900. Heartbroken, Aud took her followers to Iceland, where she became the ruler of a powerful clan. She was buried on the beach, so that the tide would always wash over her grave.