America’s Wild West was a time of cowboys and gunslingers, of the fight for freedom, of westward expansion, the hunt for gold, and the struggle to secure new-found wealth against bank robbers. Unfortunately, a lot of what we think about the Old West comes not from history, but from the romanticized version of those—like Buffalo Bill Cody—that capitalized on the image. The real Wild West was quite different.

10The First Gold Rush Was Not In The West 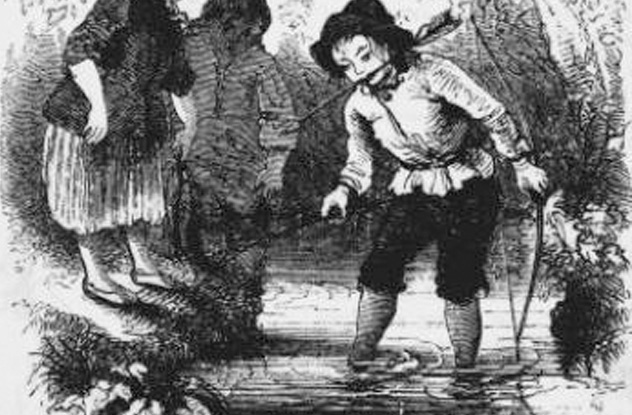 One of the defining events of the American West is the California Gold Rush of the 1840s and 1850s. The discovery of gold spurred on westward settlement, but America’s first gold rush towns were settled decades earlier, and much farther east.

In 1799, 12-year-old Conrad Reed discovered an 8-kilogram (17 lb) hunk of gold while he was playing in a creek on the family’s North Carolina farm. He lugged the massive piece of gold home, where the family used it as a doorstop until 1802. After taking it to a Fayetteville jeweler who bought it for $3.50, the Reed family realized they had been conned and set up mining operations on the banks of the creek.

9The Alamo Was Fought Because Of Slavery 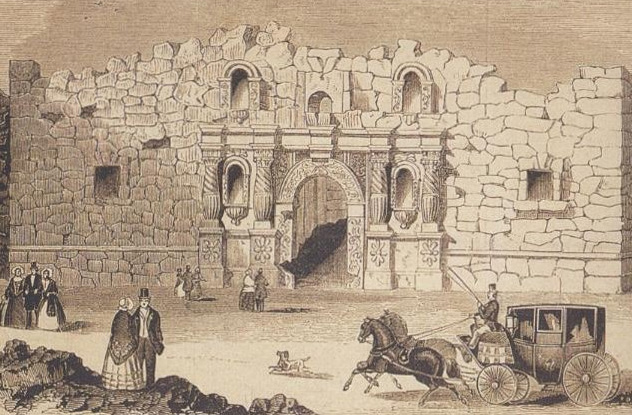 The valiant battle at the Alamo was fought by men determined to win freedom for Texas . . . or so says the popular story. History often leaves out that slavery was a huge point of contention between Mexico and Texas.

Mexico had abolished slavery in 1829, but the settlers moving into Texas brought their slaves with them. As tensions increased and slaveholders turned to Stephen Austin for reassurance, a section was added to the state constitution forbidding any other authority from emancipating Texas’s slaves. As Mexican troops marched into Texas, they did so with orders to free any slaves they found.

Slaveholders pushed back, and as the price of cotton rose, they wanted confirmation that their right to slaves was more than a temporary convenience—and that meant independence from Mexico. After the Alamo, the slave population in Texas doubled. When historians looked at the instances of bank robberies across 15 western states between 1859 and 1900, they could actually confirm fewer than 10—including two carried out by Butch Cassidy and the Sundance Kid.

Most banks were built by people who had already established their reputations in town as something else, most often the owners of general stores. When banks were finally built, they were usually placed in a location that made breaking into them difficult: the center of town, with stores on either side. Iron safes were also installed, making robberies not nearly as widespread as Hollywood claims. 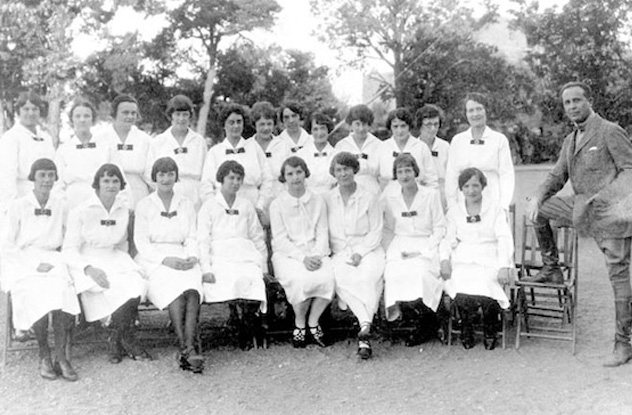 All the people heading westward on trains needed places to eat, and Fred Harvey jumped at the opportunity. He opened a chain of restaurants called Harvey House, ensuring travelers could get a good meal in the time their train was stopped at a depot. Originally, the restaurants were staffed by waiters, but when a fight broke out in a New Mexico restaurant, Harvey rethought his staffing policies. He fired the men, and replaced them with women.

6The Pony Express Was Incredibly Short-Lived 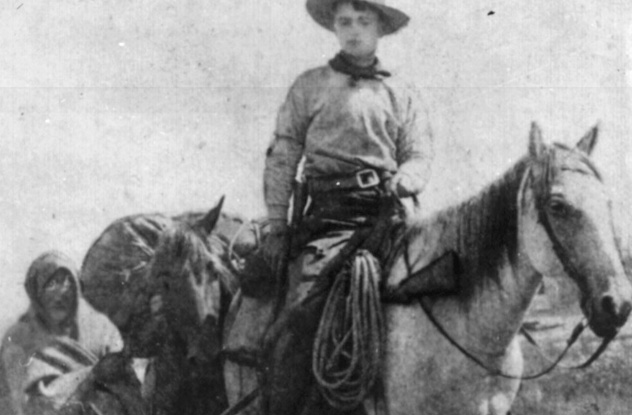 The Pony Express (which was actually called the Central Overland California and Pikes Peak Express) only lasted for 18 months and ended in October 1861 with the development of the telegraph. Since it was so expensive to send mail—around $5 per ounce—it was generally reserved for businesses and official correspondence rather than personal mail.

Riders were responsible for carrying the mail the relatively short distance of only about 32 kilometers (20 mi), and while most riders were boys—and some of the horses were mules—historians believe that the posters requesting orphans to risk their lives riding across the West were probably not real, as no contemporary examples have ever been found.

5It Was The End Of The Original Cowboy 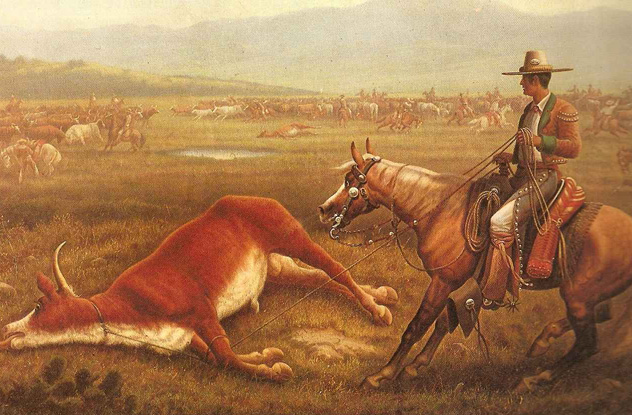 The 1870s meant the end of the true cowboy, with one single invention: barbed wire.

With barbed wire fences now sectioning off private lands, there was little need for cowboys as they had existed for hundreds of years. Early cowboys were the vaqueros, a term that referred not to an occupation but a social class started in 1598 with a million-dollar enterprise undertaken by Don Juan de Onate to bring herds of long-horned cattle and sheep to graze across the present-day American West.

The plan saw around 7,000 animals herded into the territory, escorted by vaqueros who would travel hundreds of miles to free-graze their livestock. That lifestyle largely ended when the West began to be parceled off in the 1870s, and the cowboy was forced to become something different.

4Tumbleweeds Are Not A Native Sight 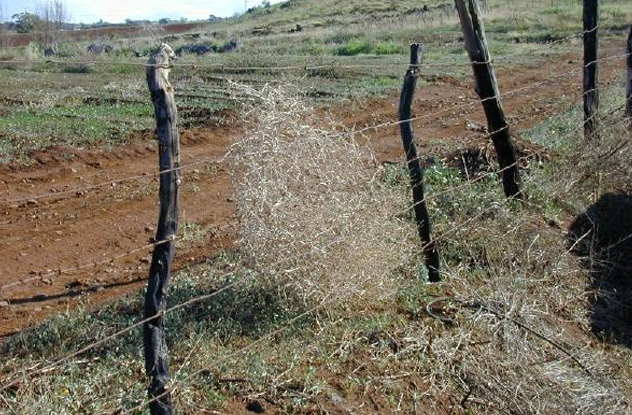 Every Wild West film features as least one scene with a tumbleweed, rolling through town or up a street deserted by everyone but the gunslingers. But tumbleweeds were not always a part of the western landscape.

Tumbleweeds are actually Russian thistle, and they first showed up in the US in a shipment of flaxseed that was sent to Scotland, South Dakota. Around 15 years later, they were firmly entrenched in the West from California all the way up into Canada.

Single plants can get as large as a small car and bear up to 250,000 seeds at once, making the invasive species a massive problem that was already getting the attention of the Department of Agriculture in 1880. Since tumbleweeds can thrive with little water, they were capable of taking over towns and driving people from their homes as they spread across the wide expanse of the West. 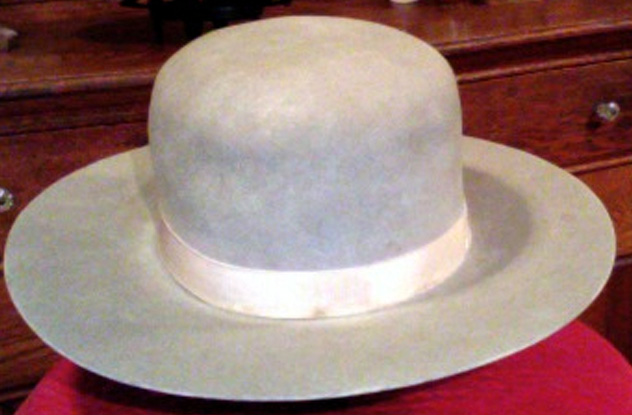 John B. Stetson came from a long line of hatters, and when he was diagnosed with tuberculosis, he headed westward in the 1860s. After setting up shop in Missouri, Stetson created the original cowboy hat: the Boss of the Plains hat.

It looks little like what we might imagine for the typical cowboy hat, with a round brim and uncreased crown. Originally made from beaver fur and designed to be lightweight and waterproof, it was not until the Boss of the Plains hat was already popular that it began to morph into something closer to the 10-gallon hats we think of today.

Wearers in different areas started customizing their hats, and the creases and folds of the hats developed into their own sort of language. They defined status, occupation, and where a person was from, until Stetson adopted the five most popular creases into his official line.

2New Mexico Was The Site Of A Major Civil War Battle 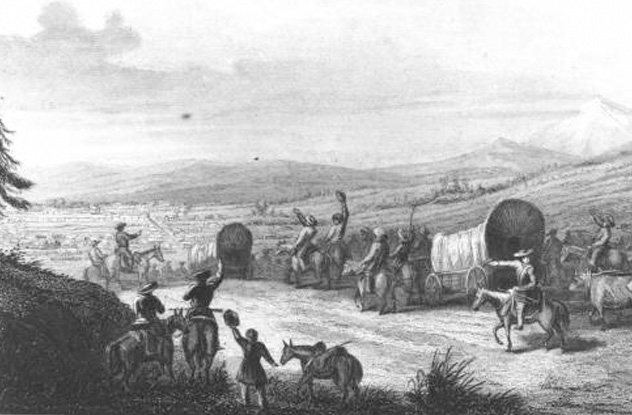 We usually talk about America’s Civil War in terms of the North and the South, but in 1861 a US Army man named Henry Hopkins Sibley resigned his commission to become a colonel for the Confederacy. He was in the west when he was promoted to brigadier general, and he tried to seize the territory for the Confederates.

At the time, the Santa Fe Trail trade route was responsible for the movement of millions of dollars’ worth of goods, and it would be a valuable asset for whoever controlled it. After the secession of Texas, Sibley headed into New Mexico with 2,500 soldiers to secure the route for the Confederacy. After a victory at Glorietta Pass, Sibley’s base camp was massacred by Union soldiers from Colorado. The losses were relatively small but insurmountable for the Confederacy, and their push to take New Mexico came to an end in a battle rarely remembered by mainstream history today.

1Native Americans Did Not Always Use All Of The Bison 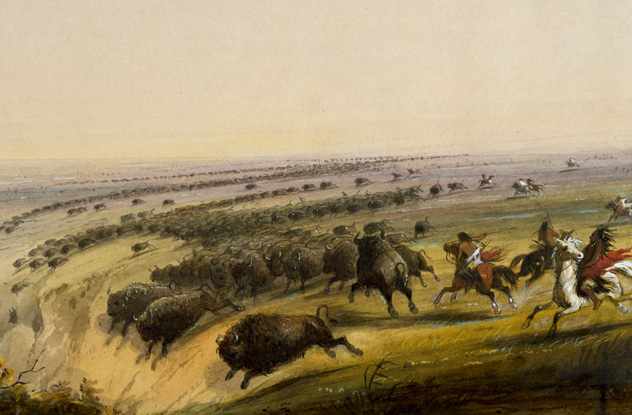 Research from universities like Brown and Princeton have shown that prior to the arrival of settlers from the east, western lands were subjected to large-scale burning operations to clear away entire forests. And as for the buffalo, Native American hunting methods were often large-scale, too.

One method required fires to be set in lands surrounding a herd of buffalo to corral them for slaughter, a technique called box-burning. Another method, the terrifyingly named “buffalo jump,” involved chasing entire herds off a cliff, then picking through the remains at the bottom for the choicest bits.