In the US, nearly 50 percent of all marriages end in divorce and the stats are even higher for people who remarry. It’s enough to make a person wonder how the marriages of yesterday lasted so much longer. As it turns out, our forefathers tried a lot of crazy ways to fix marital disputes—and some of them are a lot weirder than you’d ever imagine.

10 Have Sex In Front Of A Priest 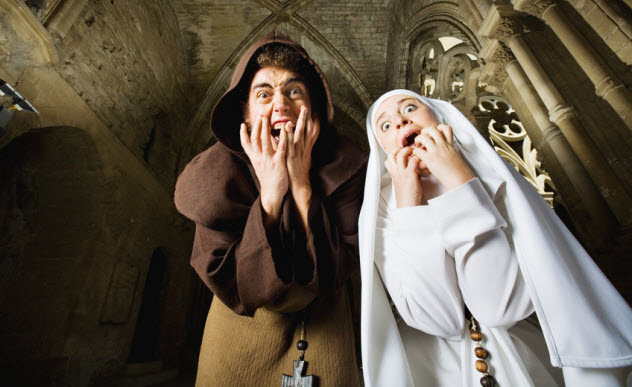 In the 16th century, divorce was seen an offense against God. Women couldn’t leave their husbands no matter what happened—except in France. There, a woman had the right to divorce her husband if he was impotent. If the man wanted to save his marriage, he’d have to prove that he wasn’t impotent—in front of a court.

First, the man stripped for a team of inspectors, who pinched his package to test its “elastic tension [and] natural motion.” Then the couple had to climb in bed together and have sex—while a priest and a surgeon watched.

If the man could ejaculate into his wife, he’d save his marriage. But women often berated their husbands during the ordeal or accused them of trying to cheat by using their fingers.

Most men couldn’t do the deed—simply because the whole situation was too strange. The men usually humiliated themselves in front of an audience and then in front of everyone else as the story spread throughout the town.

9 Have Your Wife Drink Dirty Water 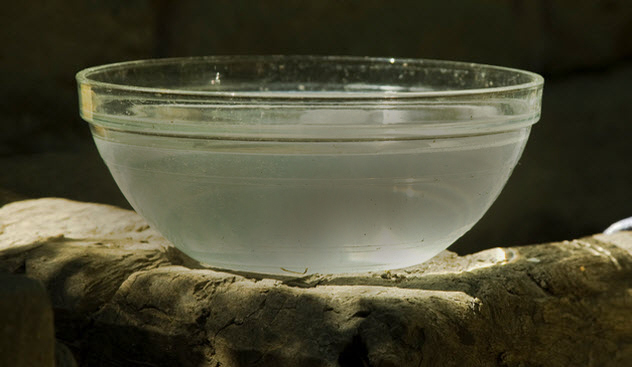 In the Bible, the Book of Numbers sets up a perfectly reasonable way for a husband and wife to reconcile their problems: Have the woman drink a bowl of dirty water.

If a man believes his wife has cheated on him but can’t prove it, the Bible says that he should bring her to a priest and give her “the tenth part of an ephah of barley meal.” The priest would then fill a bowl with holy water and dust, make the woman swear that she hadn’t cheated on her husband, and have her drink the water.

If the woman is really adulterous, “her belly shall swell and her thigh shall fall away.” If she’s innocent, she’ll just walk away perfectly fine.

8 Lock Yourselves In A Room For Two Weeks 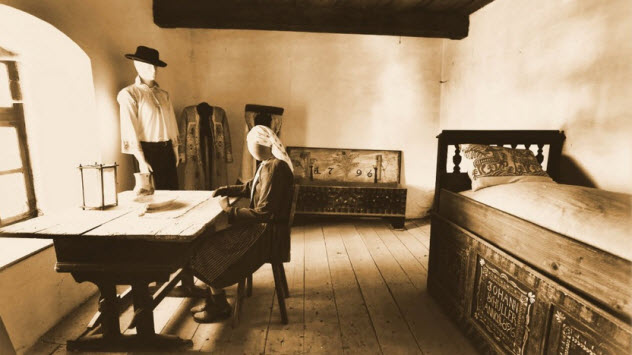 Photo credit: Your Guide in Transylvania

The Romanians had a method to save marriages that actually worked: the Divorce Room. From 1572 to 1867, couples who were contemplating divorce visited a church in Biertan where they spent two weeks locked in a room together before they could call it splits.

The couples had to share everything: one bed, one chair, one plate, and even one fork. If they could spend 14 days sharing everything and still want to separate, the church would let them do it.

The Divorce Room sounds strange but worked amazingly well. In the three centuries that the room was used, only one couple divorced.

7 Threaten To Murder Your Wife 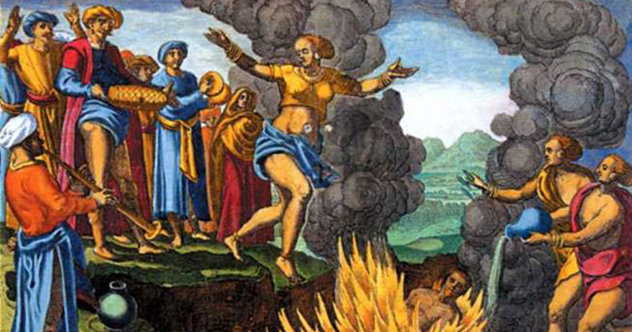 Almost every culture has handled marital disputes with good old-fashioned murder. In the past, a lot of women stayed with one man because they lived in abject terror of what their husbands could legally do to them. In some countries, this has happened more recently than you might think.

In France, men had the right to murder their wives until 1975. Until then, France used the Napoleonic Code, which said that men who caught their wives in the act of adultery in their own homes were free to kill both the wife and her lover.

In some parts of India, this hasn’t changed. Indian men set their wives on fire often enough that they’ve given it a name—“bride burning.” Some men in India will demand more dowry money from their wives’ families and, if the family doesn’t pay, burn the woman to death as punishment. Reportedly, 70 Indian women are still burned to death by their husbands every month. 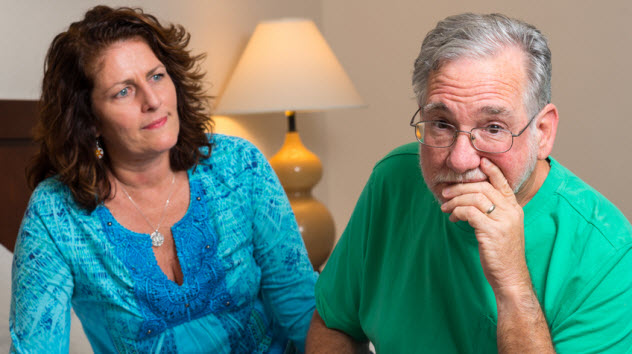 If your partner has stopped performing in the bedroom, you might be in for a financial windfall. One woman in Nice, France, got fed up with her husband’s lack of enthusiasm for getting between the sheets and sued him for failing to provide sex for 21 years.

The woman essentially sued him for being unable to provide a service to which she felt contractually entitled—which is a weird way of looking at your love life.

Nevertheless, the woman won the case and her husband was forced to pay her $15,000 in reparations. And by the way, this isn’t some weird moment in the Middle Ages. This one happened in 2011. 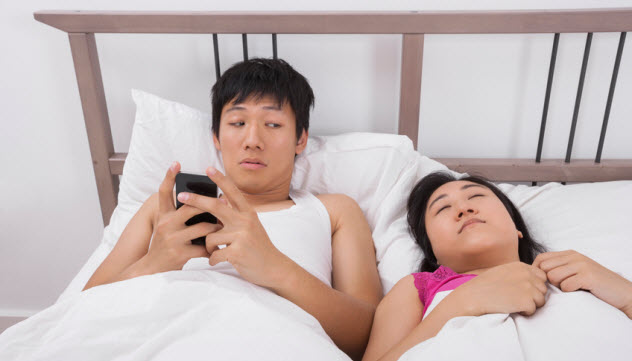 China has a problem with men cheating on their wives. According to surveys, 60 percent of Chinese people have committed adultery at least once and more than half of all couples consider divorce within the first five years of marriage.

China has a unique solution: marriage hospitals. A marriage hospital is a place where couples work out their problems—and the mistress comes, too. The husband and wife—and the wife and the mistress—have to learn to get along. These places take it as a given that the man’s going to cheat. They just want to make it go as smoothly as possible.

Here’s the worst part: The wives are taught to cook and put on makeup. According to the marriage hospitals, if your man starts looking for love somewhere else, it’s because your dumplings are a little dry. 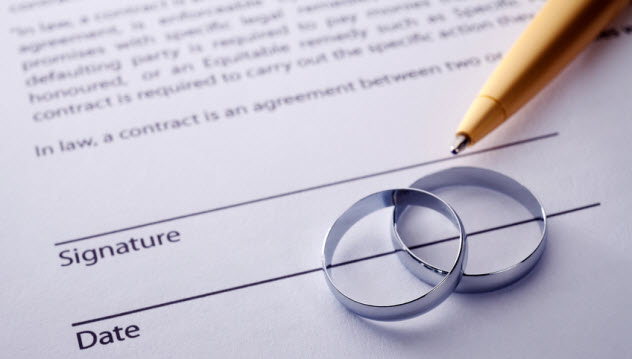 A new idea has been floating around that seems to accept divorce as inevitable. A “fixed-term marriage” is sort of like getting a lease on a car instead of buying it. Except in this case, the car is your wife.

The idea is that marriage could be a short-term contract that has to be renewed every few years. If the couple is satisfied with their arrangement, they can renew and see how the next seven years go. If they’re fed up, they can shake hands and part ways.

In 2007, a German political candidate ran on a campaign promise that marriage contracts would only last seven years instead using that pesky “death do you part” clause. Then, in 2011, Mexican politicians tried to introduce a two-year “trial period” at the start of a marriage with a clean break if either partner was dissatisfied.

Neither of those ideas became laws, but they definitely got people talking. 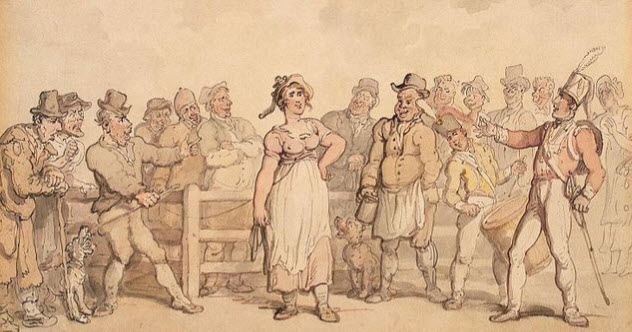 During the 18th and 19th centuries, lower-class British couples who couldn’t work things out would set up a chair in the town square, have the wife sit on it, and start an auction. A man would agree to sell his wife to the highest bidder, although he rarely got much money. In one case, a man reportedly sold his wife for 20 shillings and a dog.

Surprisingly, this was actually consensual. The women were perfectly fine with being auctioned off to whoever would take them. They figured that anybody with a few shillings to spare would treat them better than their husbands.

2 Fight Her To The Death 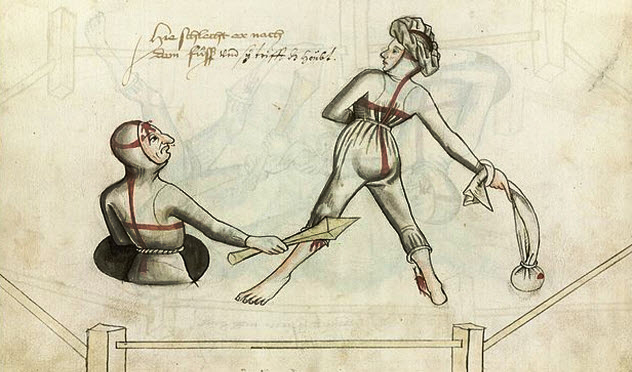 In medieval Germany, another marriage-ending option, which was actually encouraged, was to lock a warring couple in an arena with weapons and let them beat each other to death. After the town spent a month preparing, the arena was packed with spectators.

The man was given a club and the woman a sack full of rocks, and they’d just beat each other until somebody lost. At least, they tried to keep things fair. The man had to fight from inside a pit, and he had to have one hand tied the whole time.

If the couple survived the battle, the loser was executed when it was over. Although it’s not clear what these people were fighting over, you can imagine they must have really hated each other to resort to this option.

1 Deny Women The Right To Divorce 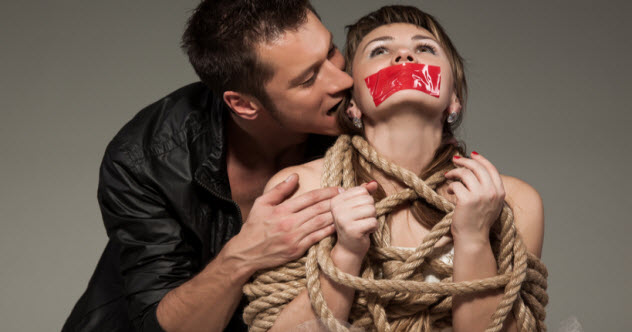 This is the only one that really works. As it turns out, the real reason that the divorce rate is increasing is because we’ve finally given women the option to escape.

In the past, people had to go to these insane lengths because women had no way out. Men could file for divorce over almost anything, but for women, divorce was almost impossible.

Things changed, though, when women started to get their rights and actually had the ability to flee abusive men. As women’s rights increased, the divorce rate went up—which might actually be a good thing. Women’s suicide rates plummeted 20 percent after they gained equal rights to file for divorce.

So there is a way we could return to the good old days and reduce our divorce rate. But it might not be something worth wishing for after all.