As the saying goes, “Adversity does not build character, it reveals it.” This is never truer than when disaster strikes. In times of great misfortune and even catastrophe, there are often only a few people who have the strength and courage to go above and beyond to help others survive.

Many tragedies have led to stories of great self-sacrifice as people have shown immense bravery to save the lives of others. To ensure that their heroism is never forgotten, here are the stories of 10 people who sacrificed their own lives to save others. 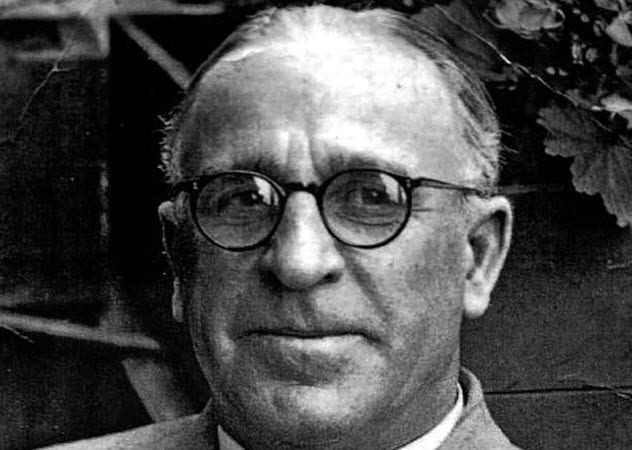 Frank Foley wouldn’t be most people’s idea of a typical British spy or hero. After all, he was reportedly small and a little potbellied. He also wore round glasses, so he appeared almost the opposite of James Bond. Yet, according to Sir Alex Younger, the current head of MI6, Foley was “a consummately effective intelligence officer.”

After Kristallnacht and before the outbreak of World War II, he went undercover as a passport control officer for the British embassy in Berlin. As he was fully aware of the poor treatment the Jews received from the Nazis, Foley decided to take action by forging passports and altering visas to help Jewish people escape Hitler’s rule.[1]

Although he lacked diplomatic immunity, Foley even entered various Nazi concentration camps to issue travel documents and visas. Due to his heroic actions, he is believed to have rescued more than 10,000 men, women, and children in Nazi Germany. 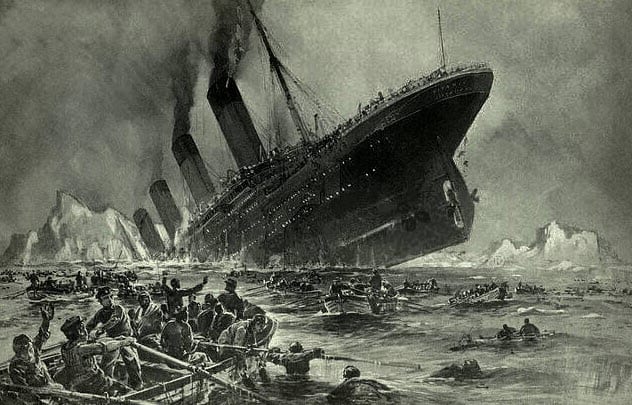 Unfortunately, many movies based on the sinking of the RMS Titanic have failed to depict the sacrifice of the liner’s 35 engineering staff members who lost their lives during the maritime disaster. As none of the engineering crew survived the sinking on April 15, 1912, there was sadly no firsthand account of the men’s actions at the official inquiry.[2]

However, there is no doubt that every engineer remained aboard to maintain the RMS Titanic’s electrical power during the sinking. By keeping the liner’s lights on, they helped to reduce panic among passengers while enabling the wireless officers to send distress signals to nearby ships. 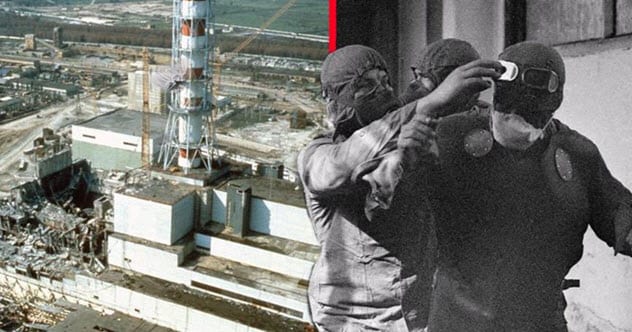 On April 26, 1986, one of four nuclear reactors at the Chernobyl nuclear power station exploded, which led to 400 times more radiation than the Hiroshima atomic bomb in 1945. However, the damage from the disaster would have been considerably worse if not for the heroism of three brave volunteers.

A few days after the disaster, scientists discovered that the molten nuclear material produced would melt through the concrete reactor flooring. Consequently, it would seep into the pools of water below. This would cause a radiation-contaminated steam explosion that would destroy the nuclear plant as well as the additional three reactors. It would cause irreparable damage to the world.

To prevent the nuclear fallout, the 20 million liters (5 mil gal) of water needed to be drained, which required the correct valves to be manually turned down. Senior engineer Valeri Bespalov, mechanical engineer Alexei Ananenko, and shift supervisor Boris Baranov volunteered to undertake the mission that many deemed to be suicide, although it would improve the fate of millions of people.

As some of the water was drained prior to their mission, the three men entered in wet suits with radioactive water reaching their knees and successfully shut down the valves. Thankfully, the three men survived the mission. Two of them are still alive to this day and continue to work in the nuclear industry. Unfortunately, Boris Baranov passed away of a heart attack in 2005.[3] 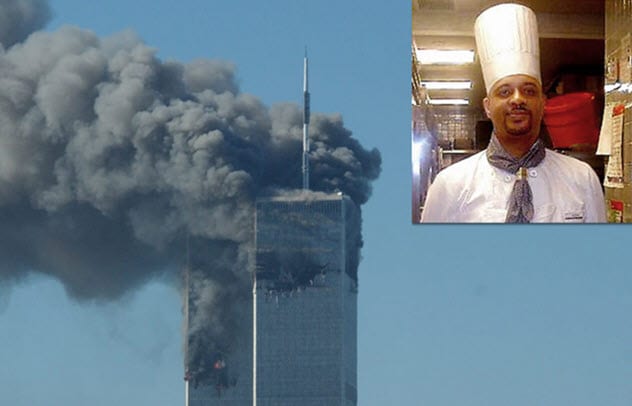 Benjamin Keefe Clark didn’t serve as a police officer or firefighter on September 11, 2001. He was working as a chef, prepping meals for those at the Fiduciary Trust Company on the 96th floor offices in the South Tower. When the plane hit the building, he didn’t try to escape the disaster himself. Instead, he took the steps to guide others to safety.[4]

Reportedly, the former Marine ensured that everyone in his department as well as in all the 96th floor offices evacuated the building immediately. Following the tragic event, a Fiduciary official credited Benjamin with saving hundreds of lives. For example, once they reached the 78th floor, he reportedly assisted a woman in a wheelchair. Despite his undeniable heroism, he didn’t survive the tragic event. 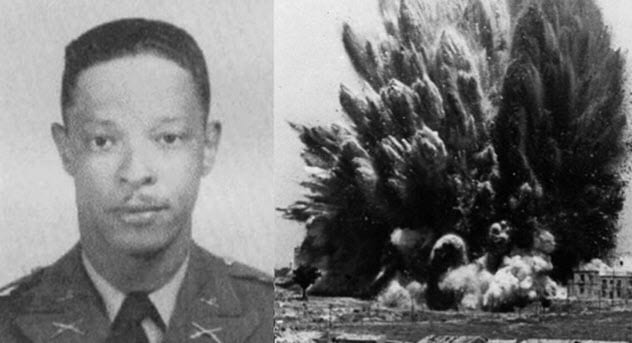 World War II was undoubtedly filled with many brave soldiers who put their lives on the line to save their comrades. While we might sadly never hear of their acts of bravery, we do know the story of Lieutenant John Robert Fox. The 29-year-old GI served in Sommocolonia, a mountain village in Italy which was subject to brutal fighting between US and German forces.

On Christmas Day, the US forces had gained control of the picturesque town, with members of Fox’s unit kindly handing out cheese and chocolates to villagers. The next day, the German counterattack began in the early hours of the morning, as expected. As Fox was an artillery spotter, his role required him to radio coordinates to inform the units where to deliver their payloads.

As the Germans’ attack was severe, the US unit was forced to retreat. Hiding in his lookout position on the second floor of a house, he used the radio to contact his unit to request that artillery fire be directed at the village. This would provide the troops with enough time to retreat.

When the artillery officer stated, “Fox, that will be on you,” he reportedly replied, “Fire it. There’s more of them than there are us.” This sacrifice provided necessary cover for the retreating soldiers, which allowed the US unit to regroup and reclaim Sommocolonia a few days later.[5] 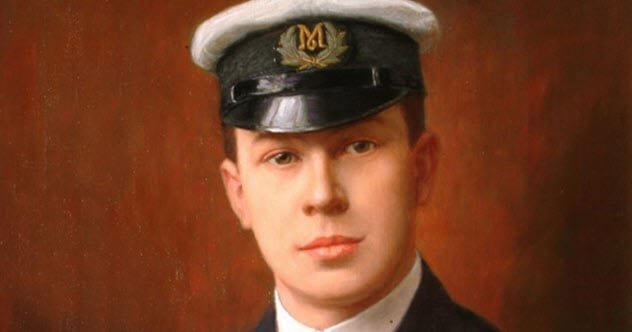 Jack Phillips, a 25-year-old senior wireless operator, also proved to be one of the many heroes during the sinking of the RMS Titanic. On the evening of April 14, 1912, Phillips was working through a backlog of personal messages from the passengers and crew. However, he and Harold Bride, a junior wireless officer, did pass on several messages about iceberg warnings to Captain Edward Smith.

As the RMS Titanic hit an iceberg at 11:40 PM, Phillips continued to work in the wireless room. When Bride came to take over from Phillips, Captain Smith entered and ordered Phillips to send out a distress signal, calling for assistance from nearby ships and providing the liner’s estimated position.

Both wireless officers worked tirelessly until 2:00 AM sending distress signals. Then Captain Smith informed them that they had done their duty and ordered them to abandon ship. While Bride took the opportunity to throw flotation devices into the water to help others, Phillips remained at his post in the wireless room sending distress signals until the final minute of the liner’s sinking.

Although Phillips managed to climb onto the upturned Lifeboat B, he sadly passed away and slipped into the water. Thankfully, Harold Bride survived the event. He died in 1956.[6] 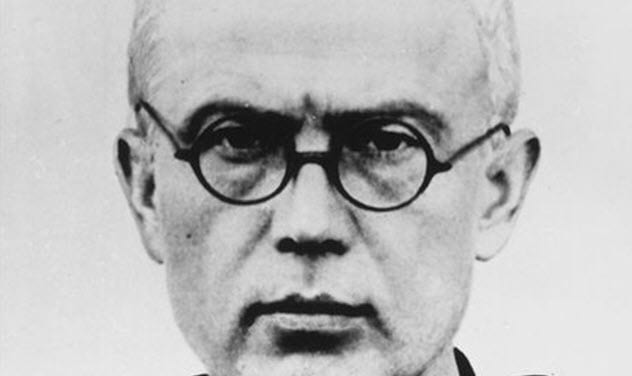 Many stories have emerged of truly brave individuals who selflessly risked their lives to save others during the Holocaust. One story that is impossible to forget is that of Maximilian Kolbe, a Polish priest who was sent to Auschwitz concentration camp in 1941.

The Nazis slowly starved prisoners at the death camp as they each received small rations that couldn’t sustain a child. Every prisoner received a cup of imitation coffee each morning and weak soup and half a loaf of bread following work. With everyone struggling to secure a place to receive their ration of food, Father Maximilian Kolbe would stand aside to allow others to eat, which meant there was often limited food left for him.

There was also a rule in Auschwitz that 10 men would be killed if one attempted to escape from the concentration camp. A man from Kolbe’s bunker escaped in July 1941, so 10 men were selected to be starved to death.

As Franciszek Gajowniczek, one of the chosen prisoners, cried in anguish, Kolbe stepped forward to the commandant and said, “I am a Catholic priest. Let me take his place. I am old. He has a wife and children.” The commandant accepted his request, and the priest took Gajowniczek’s place.

After two weeks of hunger and thirst, Kolbe was the only person in the group who was fully conscious. He raised his left arm to Bock, an executioner, who injected the priest with a fatal dose of carbolic acid on August 14, 1941.[7] 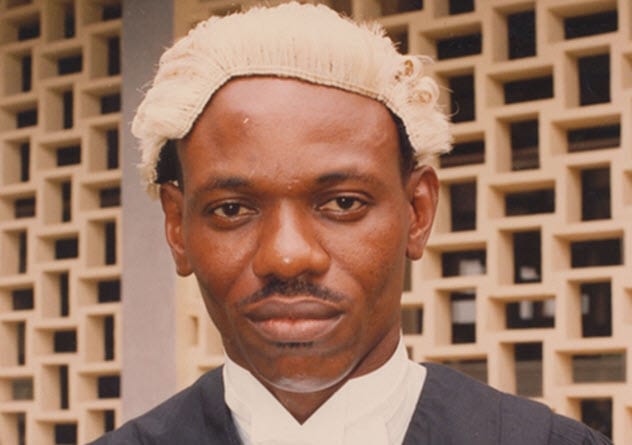 When Nigerian-born Godwin Ajala first arrived in the United States, he was forced to endure various poorly paid jobs until he secured a permanent position as an access control officer at the World Trade Center. His role required him to walk various floors and ride the elevators at the two towers to secure the building and provide assistance for small emergencies.

When he wasn’t working at the towers, he was preparing to take the New York State bar exam.

When the planes hit the World Trade Center, 33-year-old Ajala selflessly helped thousands of people to evacuate the towers. He reportedly held the door open for people as they fled the building, and he guided others out of the towers to safety. Sadly, he later succumbed to exhaustion and fell into a coma, passing away the following Sunday.[8]


2 The Village Of Eyam 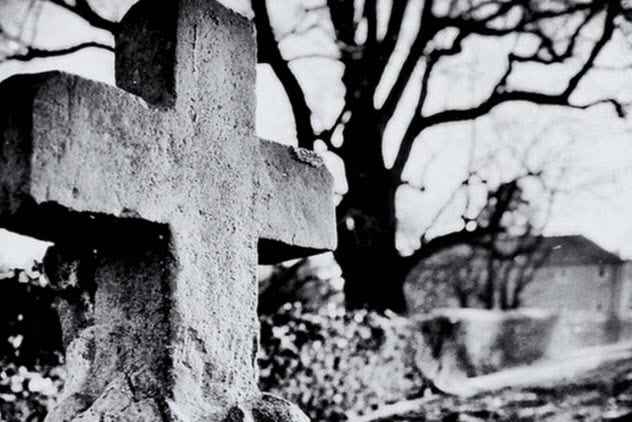 Although many stories have emerged of individuals sacrificing their lives for others, there are very few in the history books about whole villages selflessly risking their own lives. Yet this is exactly what happened when the village of Eyam in Derbyshire, England, was subjected to the bubonic plague. The disease was carried into the village on a bale of damp cloth. It carried fleas from London, which was struggling with the Black Death.

Forty-two villagers passed away from the pestilence, which made its way across the small community between September and December 1665. Unsurprisingly, many people wanted to flee the village by spring 1666.

However, to prevent the Black Death from traveling to nearby towns, such as Bakewell and Sheffield, William Mompesson, the new rector, attempted to convince the locals to remain in the village to quarantine the plague. The villagers agreed to his request and remained in Eyam.

In little more than a year, 260 people passed away from the plague to ensure that their neighbors didn’t suffer the same fate.[9] 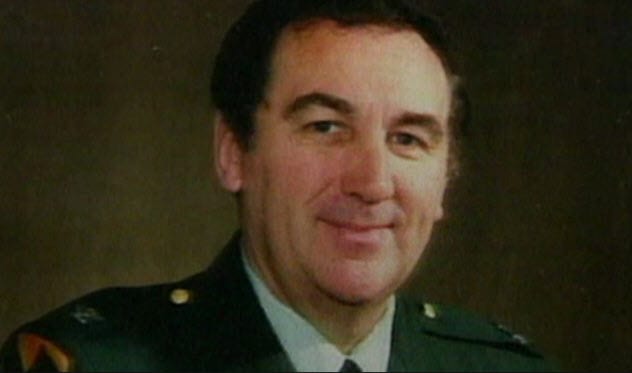 Rick Rescorla, a former British military officer, served as head of security for Morgan Stanley in the World Trade Center’s South Tower. The 1993 terrorist attack on the complex left a big impression on Rescorla, who had already highlighted the security weaknesses prior to the 1993 bombing.

Confident that the World Trade Center would experience something similar in the future, Rescorla regularly made employees at the bank embark on escape drills, which saved their lives during the September 11, 2001, attacks.

On 9/11, Rescorla also led people down the stairs to safety while singing Cornish songs to boost morale. What’s more, he reportedly returned to the 10th floor of the South Tower to help others evacuate the building. Although Rescorla was one of more than 2,600 people who sadly died when the towers collapsed, his heroic actions are believed to have saved the lives of more than 2,500 employees.[10]