Recent archaeological finds reveal that the Vikings were not only fierce, bloodthirsty warriors but also farmers, skilled craftsmen, impressive mariners, and expert traders as well. As more discoveries are made, our knowledge of the Vikings will widen even more—dispelling many myths surrounding this fascinating group of people. 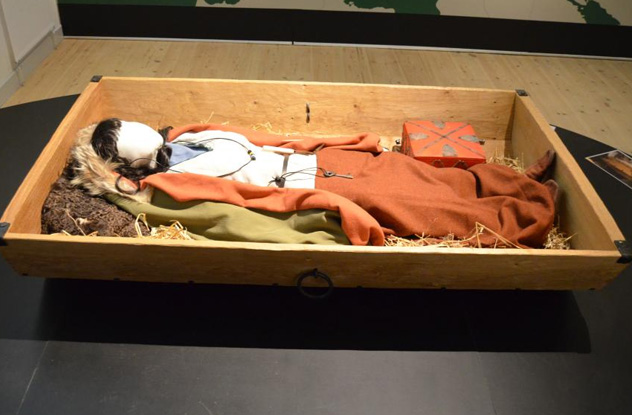 In 2012, engineers building a highway in Harup, Denmark, discovered a wooden building. Later on, the discovery was identified as a Viking tomb. Also known as dodehus or death house, the tomb contained the remains of a couple archaeologists believed held a high social status in Viking society.

Experts discovered two interesting items buried alongside the couple: a large battle axe and two keys. The axe, which was found together with the man, was considered to be the “machine gun” of the Viking era. Europeans back then trembled at the sight of this battle axe. The keys, on the other hand, were “a symbol of [the woman’s] power and status as a great lady.”

The researchers also discovered a third body buried alongside the couple. They surmised that the man was added at a later date, and he might have been the couple’s successor. 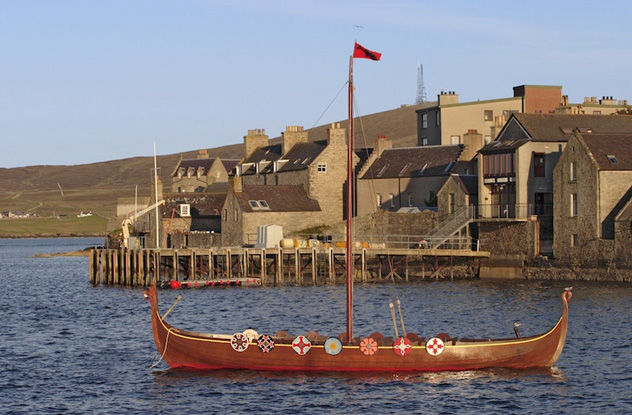 A new study involving ancient Viking DNA suggested that Viking women played a significant role in the colonization of overseas lands. Experts arrived at this conclusion after discovering that the maternal DNA of the Vikings “closely matches that of modern-day people in the North Atlantic isles,” especially that of Shetland and Orkney Islands in the United Kingdom.

This discovery also debunked the widely held assumption that the Vikings were merely pillagers and raiders. They were family-oriented people as well who “established settlements and grew crops” and even engaged in trade. In addition, this recent finding challenged a study published in 2001 that suggested that Viking men would travel alone and then bring local female captives when they colonized new territories. 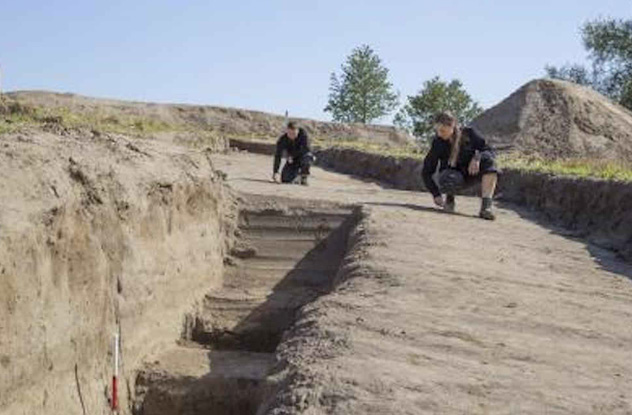 In 2014, a team of archaeologists discovered a Viking fortress in the Danish island of Zealand. They believed that the structure dated back to the 10th century. Before the discovery of this specific fortress, three others were unearthed in Denmark: Aggersborg, Trelleborg, and Fyrkat. These structures are collectively known as the “Trelleborg” fortresses.

The newly discovered fortress, which is located south of Copenhagen, is quite huge, spanning 165 meters (476 ft) across.

This discovery showed that the Vikings were not only a “fierce band of warriors with cool headgear” but were also decent architects, capable of building magnificent fortresses. In addition, this discovery gave archaeologists the opportunity to better understand Viking conflicts and wars. 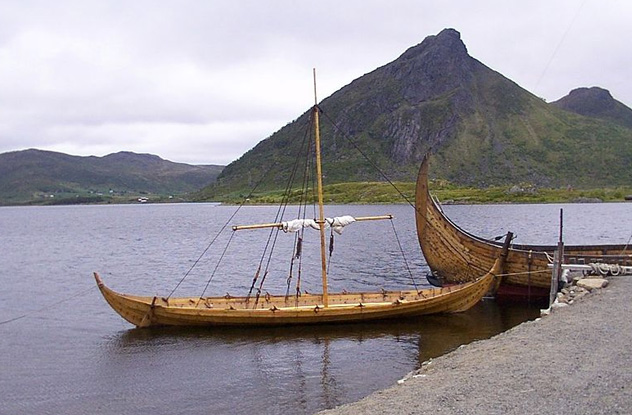 Known for using satellite technology in her excavations, “space archaeologist” Sarah Parcak, together with her team, discovered a second possible Viking settlement in North America. They arrived at this conclusion after finding the remains of turf walls and an iron-working hearth in Point Rosee in Newfoundland, Canada.

The presence of an iron-working hearth at the site is a strong evidence of a Viking settlement since they used iron nails to build their ships. It also eliminated the possibility of the site belonging to Native Americans or Basque fisherman. In addition, after doing radiocarbon testing, Parcak and her team were able to date the site back to 800 and 1300 AD—the same time the Vikings were at their peak.

This discovery is monumental since it can potentially dethrone Christopher Columbus as the discoverer of the New World. 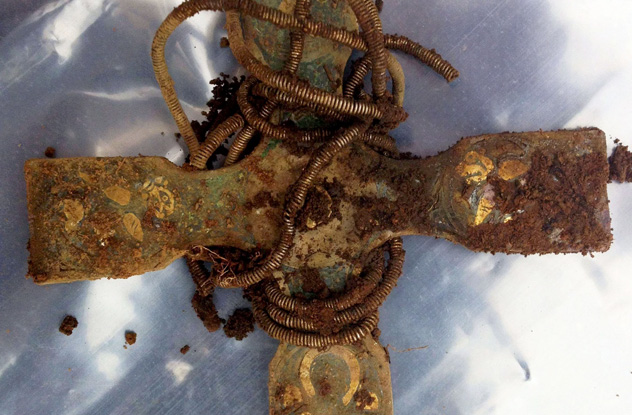 In September 2014, metal-detecting enthusiast Derek McLennan discovered one of the biggest Viking treasure troves in Scotland. The trove, which consisted of more than 100 precious artifacts including solid gold jewelry, was unearthed on church land.

Stuart Campbell of Scotland’s treasure trove unit considered this discovery historically significant since it could potentially alter the way Scots view “their historic relationship with the Vikings.” Contrary to popular belief, the Vikings didn’t only carry out raids in Scotland. They also settled and traded in some parts of the country, including the area where the treasure trove was discovered. 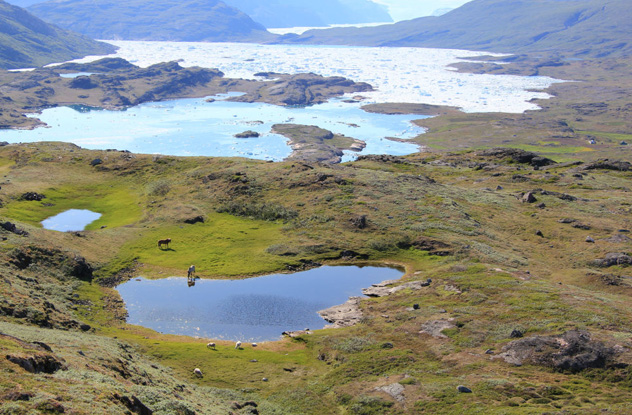 For years, it has been widely believed within the scientific community that climate change killed the Viking settlement in Greenland. Specifically, it was assumed that the Greenland Vikings died within a 200-year period of worsening climate known as the Little Ice Age. However, a new study suggested that this might not have been the case.

It’s true, the Vikings experienced “years of harsh and cold winters and summers,” they were cut off from their homelands in Europe due to lack of timber for building ships, and they were left entirely on their own when Scandinavian traders stopped passing by Greenland, but these challenges “didn’t knock them out.” They were good at adapting and were able to outlive climate change and its devastating effects for centuries.

So why did they disappear? Experts still do not know, but one thing’s for sure. Climate change has been eliminated from the list. 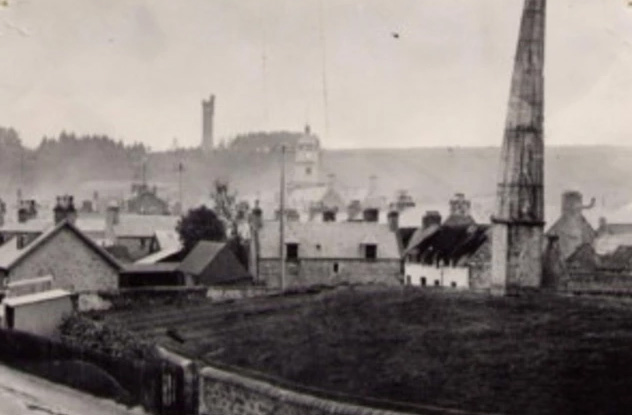 For years, the exact location of a Viking Parliament in Dingwall, Scotland, have eluded archaeologists and historians alike. It was only in 2013 when it was finally located. After excavating for more than a year, archaeologists hit the jackpot—they unearthed the remains of the lost Viking parliament at a parking lot known as the Cromartie Memorial car park.

More popularly known as a “Thing,” the Viking parliament was built on the instructions of a powerful Viking earl named Thorfinn the Mighty. Aside from the Thing, Thorfinn also commissioned the construction of a ditch, an aqueduct, and a road.

This discovery has elicited excitement among historians in the United Kingdom since it could “help them learn more about the Norse Vikings, who battled for control of land across the north of Scotland.” 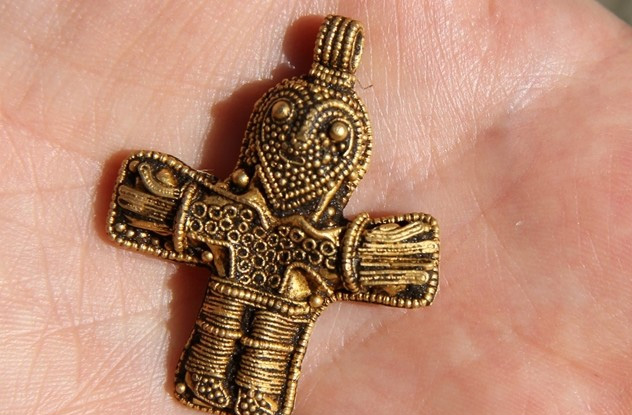 In 2016, a metal enthusiast named Dennis Fabricius Holm discovered what experts dubbed as “Denmark’s oldest Viking crucifix.” The pendant, which was found on the Danish island of Fune, measures 4.06 centimeters (1.6 in) in height and weighs 12.76 grams (0.45 oz).

Archaeologists estimated that the rare Viking crucifix dated back to the half of the 900s, making it much older than “Harald Bluetooth’s runic stone in Jelling.” Up until the discovery of the crucifix, Harald’s massive runestones were considered to be the earliest representation of Jesus Christ on a cross in Denmark. This discovery suggested that the Vikings converted to Christianity much earlier than previously thought. 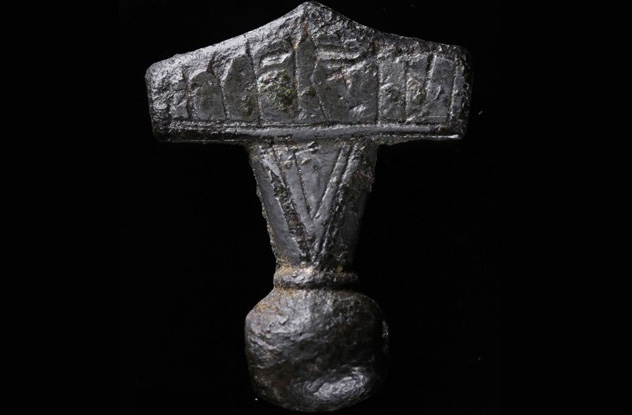 Since the first millennium, more than 1,000 hammer-shaped pendants have been unearthed across Northern Europe. For years, experts have debated over the true significance of these amulets. It was only recently when the mystery was finally solved—the pendants represented the Mjolnir, Thor’s powerful hammer.

This breakthrough was made when a team of Danish researchers unearthed a 10th-century Viking amulet on the island of Lolland in Denmark. This particular amulet was the only one with a runic inscription. The words “Hmar x is” was inscribed on the pendant, and when translated to modern English, it meant “This is a hammer.”

Basing on this discovery, the researchers concluded that the hammer-shaped pendants found across Northern Europe were Thor’s mini-hammers, and Vikings wore them for protection. 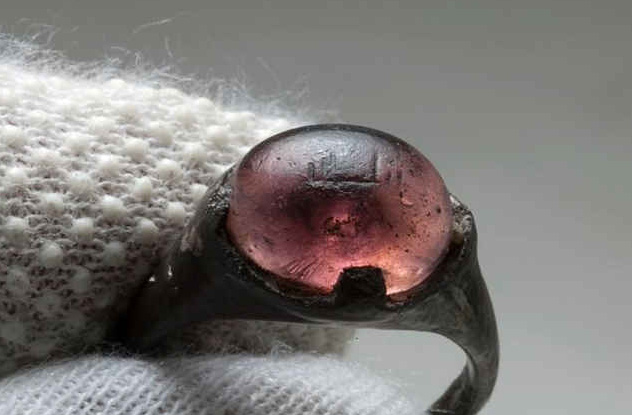 In the late 1800s, a team of archaeologists unearthed a ring with a pink-violet colored stone at Birka, Sweden. During the Viking era, Birka was an important trading center. The mysterious object was discovered inside a rectangular wooden coffin containing the remains of a female Viking. Intriguingly, the ring contained an Arabic inscription.

Being the only ring with an Arabic inscription ever discovered in Scandinavia, the object caught the interest of an international team of researchers. They analyzed the ring, and in 2015 they announced that the inscription meant “For Allah” or “To Allah.”

The researchers suggested that the woman who wore the ring could have been from the Islamic world or that “a Swedish Viking got [it], by trade or robbery, while visiting the Islamic Caliphate.” Regardless of how the ring ended up in Birka, this monumental discovery proved that the Scandinavian Vikings did come in contact with Islamic kingdoms.