They buzz, hop, and make noises in the night. It is hard to miss the presence of insects. But for most, these creatures cannot compete with things like good food, disease, and global conflict.

Surprisingly, insects play a part in all of those. Scientists are making bug-stuffed cuisine and have found that insects could save us all from super microbes. Most creepy of all, the military has claimed its own insect army for national security. 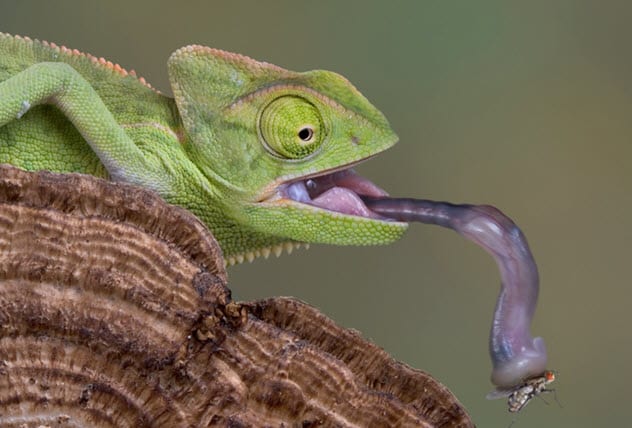 In recent times, media outlets claimed that insects will be extinct within the century. Scientists do not believe such a “bugpocalypse” is possible. When a species is lost, others usually take over its ecological niche.

However, experts agree that insects are being lost at an alarming rate. Worse, the exact causes are unknown. The usual suspects are insecticides, agricultural expansion, and climate change.

Not only are the danger factors complex, but nobody is sure how many insect species there are. An estimated 80 percent have not yet been recorded by taxonomists. There are likely millions.

Although the “bugpocalypse” is not a consideration, researchers have not played down the seriousness of the species being lost. In the next few decades, up to 40 percent of insect species could disappear.[1]

Nearly every food chain begins with an herbivorous insect, which in turn is eaten by a bigger insect, which is then consumed by birds and small mammals that make the lunch of larger predators. The loss of so many insects would be catastrophic to other species and agriculture. 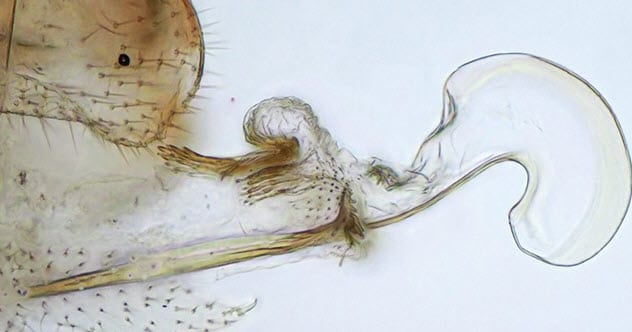 In 2014, scientists discovered gender benders in Brazil. The females of the genus Neotrogla, a type of insect known as book lice, laid eggs like bug mothers tend to do. However, they also had phallus-type organs. Not just for show, either. During mating, the females used the hooked appendage to keep males from escaping. Ironically, the males had a female-looking pocket for genitalia.

Although other species have females with penis-like structures, none are used for penetration. This makes Neotrogla exceptional. Even more amazing, a related insect genus called Afrotrogla swings the same way.

Although they share a unique trait, there are differences. Afrotrogla lives in southern Africa, not Brazil, and their functional penises look nothing like those of Neotrogla.[2]

The reason might never be known, but there is a strong clue why they broke the gender mold of nearly all other species. Both live in caves, where nutrients are scarce.

Males risk starvation should they sire babies everywhere as sperm replenishment takes nutrients. However, researchers believe that females do not appreciate this stinginess to share and developed in this manner to actively hunt for sperm packages. 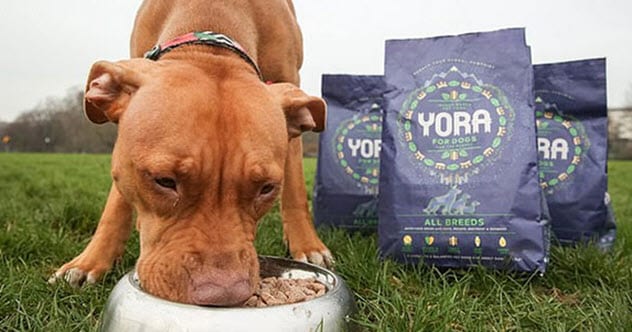 In 2019, pet food made from flies hit the shelves in the United Kingdom. This was the first time insects featured as chow for dogs and cats in the country. The company responsible, Yora, used the larvae of black soldier flies. The insects were specially farmed by a Dutch protein nutrient company called Protix.

Made with several recipes, the fly food is reportedly tasty and nutritious. The insects account for 40 percent of the protein, which is higher than other bug-based pet food that had already appeared in the United States and Germany.

Other ingredients include potatoes, oats, and what the company calls “natural botanicals.” Yora also claimed that should the kibble really take off, it could help reduce the 20 percent of human-grade meat that pet owners feed their animals. The current manufacturing process of pet food also causes about a quarter of all meat production damage to the environment, something that insect farming does not.[3] 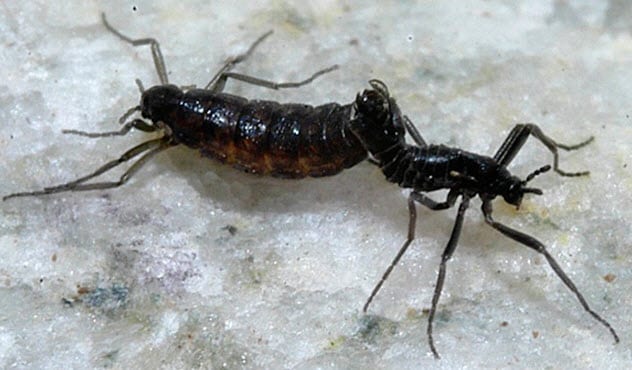 Antarctica’s biggest terrestrial animal is . . . a midge. There are bigger creatures, but they are technically water species. Measuring 0.6 centimeters (0.23 in), the Antarctic midge lives around two years frozen in ice before emerging as a wingless adult that dies within a week.

In the past, the insect’s ability to survive extreme conditions made it a favorite bug to study. After all, its larvae live through deadly dehydration, high ultraviolet exposure, and being frozen solid.

To find out more, a 2014 analysis dug around the insect’s genes. The biggest shock was how tiny the midge’s genome was. A human has 3.2 billion base pairs of nucleotides (the building blocks of DNA). Antarctica’s only true insect has a mere 99 million base pairs. This officially made it the insect world’s smallest genome.[4]

Mysteriously, all its so-called junk DNA was gone. Once thought to be worthless, junk DNA is crucial in regulating genes. Without it, the midge managed to strip its genome down to a level so basic that nobody had thought it was possible. 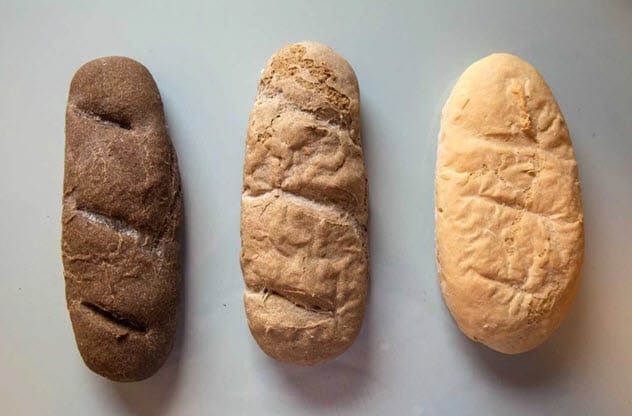 Certain bugs are very nutritious but a bit outdated for the modern menu. However, as the global population grows and farming land becomes an issue, the answer could be insect farms that require less space. The problem is selling the idea of eating insects to people who have no desire to buy grasshopper pie.

In 2018, Italian scientists came up with a solution—hide the insects so well that the food appears “normal.” Thus, they baked bread with powdered crickets. While it left no obvious trace of the goobers, there were some drawbacks.

Although highly nutritious, the taste was described as “cat food.” Apart from the flavor fail, the more cricket powder it contained, the less the bread rose. It also lost its chewiness.[5]

The worst danger was bacterial spores. Scientists are working on eliminating spores that might piggyback on insect powders, like sterilizing them with gamma irradiation. But it might be a tougher challenge to make the bug bread taste or even look appetizing enough for shoppers to be fine with sending their kids to school with insect sandwiches. 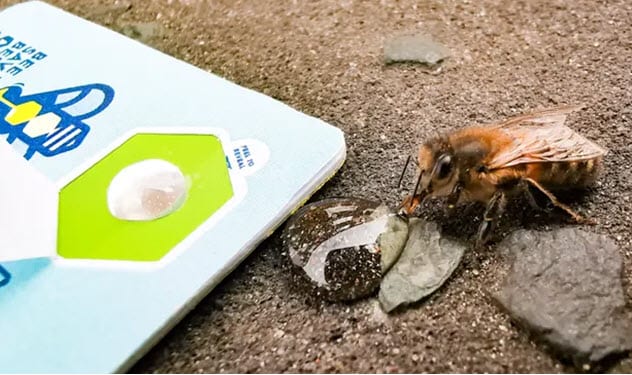 A few years ago, Dan Harris from Norwich learned something interesting about bees. Upon discovering that the insects had a fast metabolism responsible for quick fatigue, he recalled how often he and others had encountered exhausted bees on sidewalks. Seeing that such individuals are actually starving, Harris hit upon a novel idea. He was going to make snack packs for hungry bees.

Drawing on the wisdom of his beekeeper uncle and scientist father, Harris spent years developing a card. It had three slots filled with a beekeepers’ sugar formula. The first time Harris tried one of his “Bee Savior” cards on a stricken bee, it worked.

He peeled back the foil covering the slots and placed the card next to the creature. The insect homed in on the formula and fed. When designer Richard Horne’s kids successfully revived a bee with a prototype, he was so impressed that he donated his skills to streamline the card’s design.[6]

Harris started a nonprofit organization and used crowdfunding to mass-produce the cards, which can fit into anyone’s wallet. 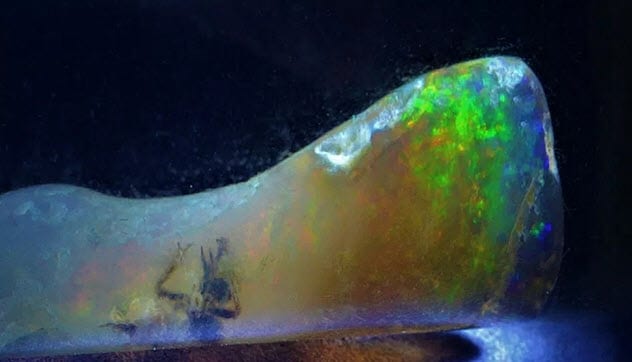 In 2018, gem expert Brian Berger trawled the markets of Southeast Asia which are famous for selling fossil-containing amber. Berger found an unusual piece in Indonesia. Mind-blowingly, it held an unknown insect not preserved in amber but in opal, a precious stone.

Opal formation is still not fully understood. Finding a well-preserved insect inside one upended the few theories that supported opalization. Shortly put, this should not have been possible. As far as researchers know, opalization requires a cavity for silica-containing fluid to pour into.

Amber, which traps insects to look exactly like the one found in 2018, is fossilized tree sap. It could suggest that the true way that opals form is similar to amberization.

There is a chance that something unique happened instead—an insect inside amber became opalized. If true, this insect could be among the most ancient ever found as amber takes millions of years to form.[7] 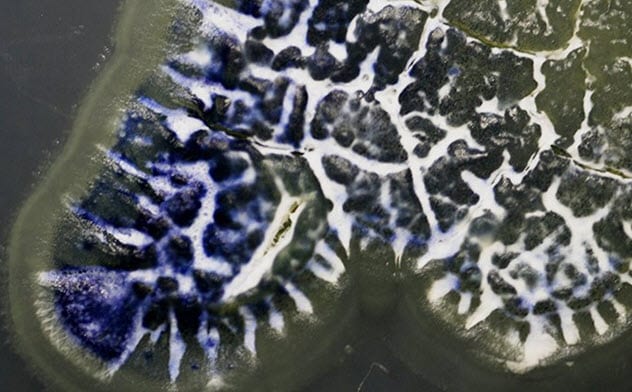 Humanity faces a stark problem. There are superbugs that already laugh at our best antibiotics, and this costs thousands of lives every year. Antibiotic resistance recently got charged by an unusual cavalry—microorganisms that live on insects.

Traditionally, soil bacteria were used for antibiotics, but the new line hails specifically from a battlefield most people will never see. Every insect is like a planet for microbes that fight each other nonstop. The poisons they use on each other are basically antibiotics and natural ones to boot.

Tests showed that some of these substances are much stronger against antibiotic-resistant pathogens than anything derived from the soil. The good news is that the exceptional diversity of insects and, by extension, their microbes could offer a vast and long-lasting source of fresh antibiotics.[8]

The bad news is that it takes years to develop a drug once a promising compound has been found.


2 They Have Interlocking Gears 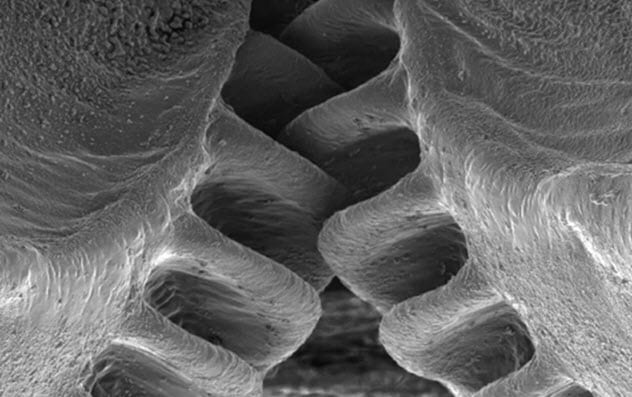 In 2013, a British scientist was visiting a colleague in Germany when he found an insect in his host’s garden. It was a known species called Issus coleoptratus. In 1957, a feature was found on its hind legs that resembled interlocking gears inside a wristwatch. The discovery ended there.

When a new study looked at the critters from the German garden, it found that the gears were functional. This made the planthopper the first living thing using a design previously found only in the mechanical world.

It took high-speed video to see it in action. As the insect prepares to jump, it meshes the teeth of one leg’s gears with the other. Release happens smoothly, and the creature rockets forward.[9]

Only the juveniles display the curved strips of up to 12 cogs. Since the youngsters molt several times, they can replace broken teeth. Adults no longer molt, and damaged cogs would jeopardize the insect for life. Instead, the gearless grownups use leg friction to help them jump. 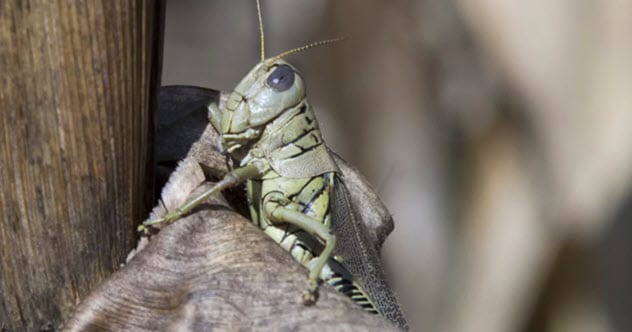 The Pentagon’s research wing is called DARPA (Defense Advanced Research Projects Agency). Their ideas can get weird sometimes, but in 2018, one project made the scientific community edgy.

The Pentagon views food security as national security. That makes sense. A hungry nation tends to fall apart. However, the latest idea sounded creepy from the start. It proposed using insects to infect crops with viruses. Called “Insect Allies,” the technology aims to deliver what DARPA calls “targeted therapies” to fields during times of trouble.

For example, if drought plagued a region, insects would infect the plants with a genetically modified virus to slow down growth and prevent the loss of crops. Other threats the project aims to circumnavigate include floods, extreme weather, and sabotage.[10]

Some scientists are not convinced that the project is wholesome. Using diseased insects is a classic bioweapon, and why use them when sprinklers do the same job? Other researchers are not concerned that something shady might be afoot. At least four colleges in the United States accepted funding from DARPA to develop the insect army.

Read more bizarre facts about insects on 10 Most Terrifying Insects In The World and 10 Insects That Belong in an Alien World.