Some of the festivals we celebrate today can seem quite extraordinary. Just think about the Spanish festival La Tomatina, which is the biggest tomato fight in the world, or the Mexican Night of the Radishes, which is a night for carving oversized radishes into cool shapes. But even they pale in comparison to some of the bizarre festivals that were celebrated by our ancestors. 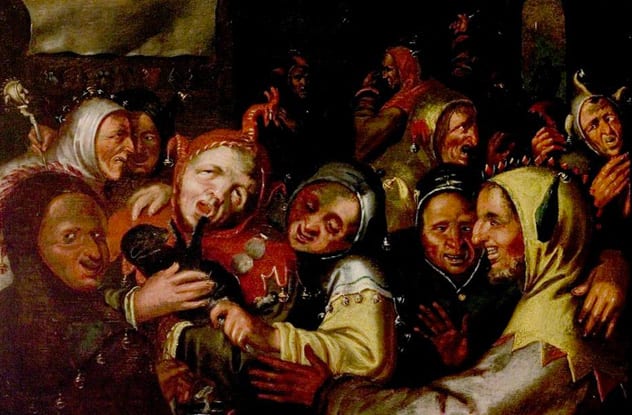 The Feast of Fools was a medieval New Year’s Day celebration that usually started on the first day of the year. It originated from the Roman festival Saturnalia and was popular right until the 16th century.

During this mad New Year’s party, people would elect a Lord of Misrule or a king of Fools. This comic king went by many names, depending on the location of those celebrating. For example, in England he was known as the king of the bean and in Scotland as the Abbott of Unreason. During the feast, people, cross-dressed, sang bawdy songs, drank to excess, and gambled on the church altar.

9Feast Of The Ass 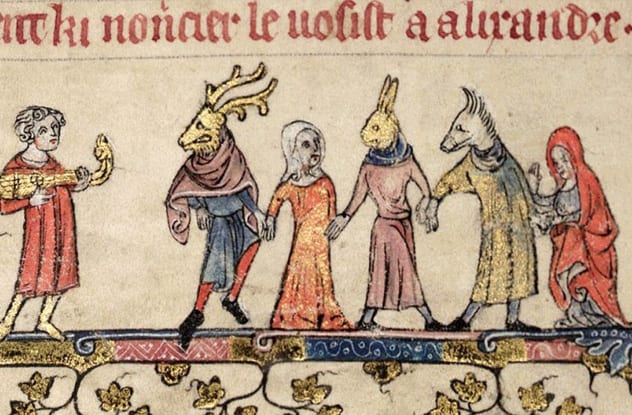 During the middle ages, a church festival known as the Feast of the Ass was celebrated. It was most popular in France, where it was known as “La Fete de l’ane.” The bizarre feast was celebrated on the 14th of January and was a way of honoring the donkey that carried Mary from Egypt.

During the feast, a village girl with a baby in her arms was seated upon a bejeweled donkey and then paraded through town and into a church, where a mock mass was to take place. At the end of the mock mass, the priest would turn to the congregation and bray three times. The congregation would then answer with three hee-haws. In France, the congregation often sang a psalm that praised the donkey as “Sir Ass,” who is beautiful and very brave. 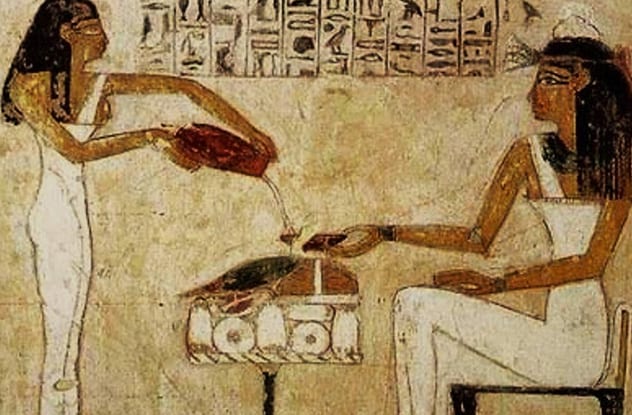 The Festival of Drunkenness was celebrated during the first month of the Egyptian year. The festival was a way of honoring the Eye of Ra and the myth of the slaughter of mankind as well as a way to supposedly appease Egyptian goddesses such as Sekhmet.

The festival, which was a holy event, involved the participants drinking obscene amounts of alcohol. In fact, most of the time the participants would get so drunk that they would fall asleep in the temple forecourt.

The sleeping celebrants would later be awoken by the sound of drums and music, which supposedly helped them to commune with and worship the goddess. In addition to drinking, the participants danced, lit torches, and engaged in intimate encounters with other celebrants. 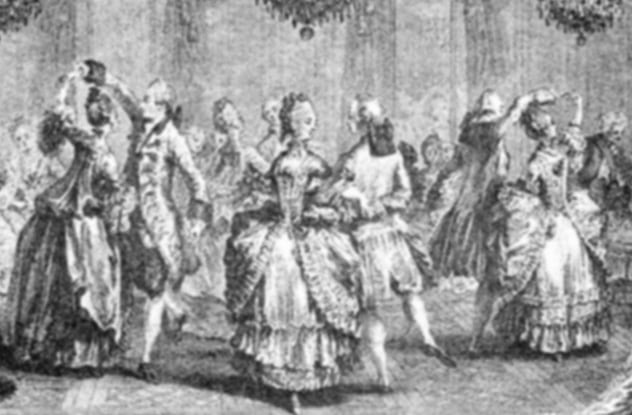 As the Reign of Terror came to an end, the city of Paris was engulfed in frenzied parties and mad events. The citizens of Paris had survived a period of repression and bloodshed, and they were intent on celebrating that they were still alive.

One of the maddest parties hosted during this time had to be Bals des Victimes, supposedly organized by the surviving aristocrats. Only those who had narrowly escaped the guillotine, or the immediate family members of guillotine victims, were granted access to these balls.

Alcohol flowed freely—the insane indulgences were a way of blotting out the painful memories. Most women wore blood-red ribbons around their necks, and those who had barely escaped guillotine themselves sported short hair cropped in prison. This ragged hairstyle became extremely fashionable and was dubbed la coiffure a la guillotine.

While bals des victimes were certainly the most fascinating, other similar balls that commemorated the reign of terror existed. One of them was bal de la veillee, which was memorable for its meowing concert—a harpsichord was rigged up so that the keys moved metal blades which then struck the tails of several cats. Another one was bals des Zephirs which took place inside a cemetery and involved couples dancing on tombstones. 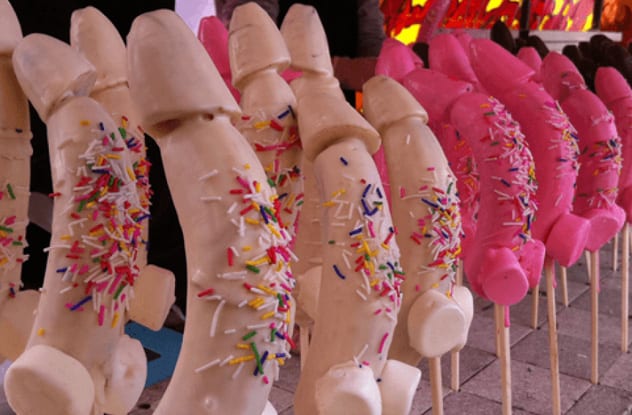 Fete des Pinnes was a Palm Sunday festival celebrated in the town of Saintes in France. On the day of the festival, small cakes were baked in the shape of phalluses and were attached at the end of palm branches. These palm branches were then carried by women and children in a celebratory procession. Later on in the day, the phallus-shaped cakes were blessed by the priest and were then preserved by the women as sacred amulets.

This celebration was not confined to the town of Saintes, however, but took place all over France. In other parts of the Mediterranean these cakes took on the form of the vagina.

5Festival Of The Boy Bishop 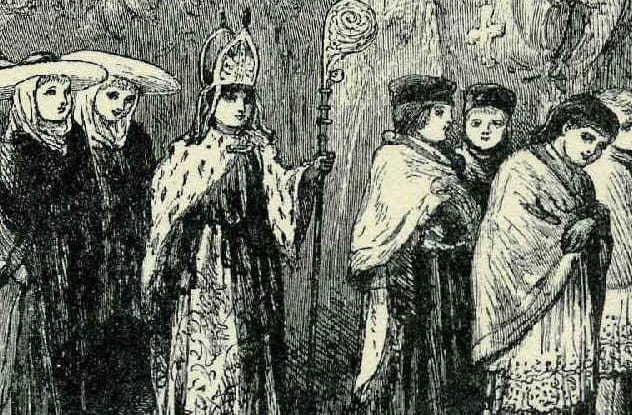 The Festival of the Boy Bishop was a curious festival popular during the middle ages throughout Western Europe. It began on December 6, St. Nicholas Day, when the Boy Bishop or Nicholas Bishop was elected by his fellow choristers.

The Boy Bishop not only dressed as a bishop and sat in the bishop’s actual throne but also assumed a lot of the authority of an actual bishop such as blessing people, preaching sermons, and making visitations to all the parishes in the diocese. The Boy Bishop also had the power to declare holidays and distribute sweets and gifts. 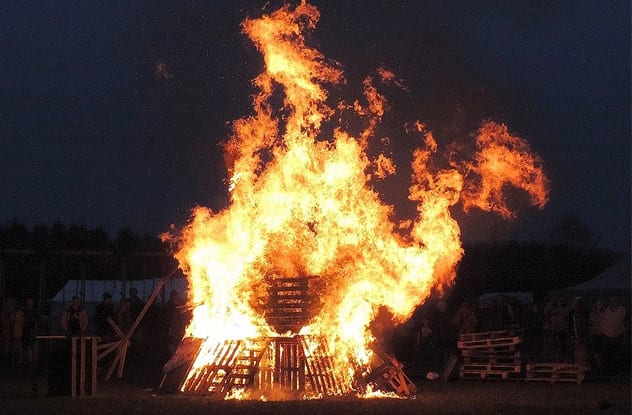 Beltane, the second-most-sacred Celtic festival, celebrated the first day of summer and its life-giving and nurturing fertility. Great bonfires were lit, and cattle were driven between them as a way of blessing and purifying them.

Beltane was also a celebration of the sexual union of the God and the Goddess as well as the creative energies born from their lovemaking. It was believed that these creative energies blessed the land, animals, and people, bestowing upon them health and fertility. Thus, in emulation of the gods, people of the Celtic tribes spent the night making love. And it didn’t matter if the man and the woman knew each other—during the night of Beltane, every woman was a goddess and every man a god.

And while today a version of Beltane is still celebrated in some parts of the world, most of its rituals, especially those that concern sexual matters, have been heavily subdued. 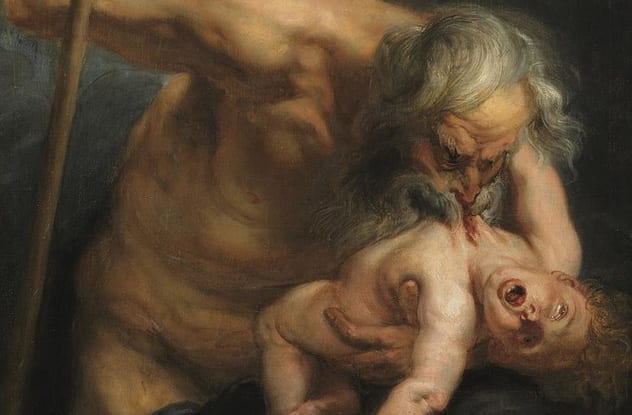 Kronia was a Greek festival held after the summer harvest that represented the transition into winter. The festival was named after Titan Cronos, who ruled the universe during the Golden Age of mankind when there was no hunger, death, sickness, social distinctions, or oppression.

Kronia was a reflection of Cronos’s reign in that during the festival, the usual order of society was suspended. Slaves dined and played games with their masters, engaged in noisy street riots, and were served and waited on.

The festival usually ended by bringing out a criminal who was previously condemned to death (and thus represented chaos and disorder), giving him wine, and then slaying him. 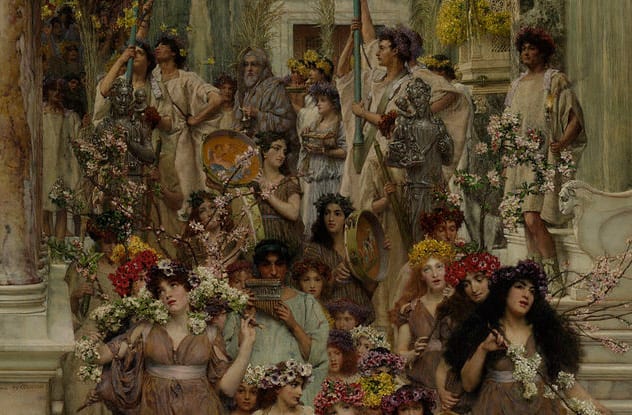 The Cerealia was an ancient Roman festival dedicated to the celebration of Ceres, the goddess of grain and of agricultural and human fertility. It was celebrated over the course of seven days in April.

According to the Roman poet Ovid, the festival involved releasing live foxes into the Circus Maximus with burning torches tied to their tails. The foxes would publicly struggle to shake off the torches and would suffer a terrible end of being burned to death.

Other festival traditions included girls dressing up in white and carrying torches. This reenacted the search for Proserpine, Cere’s abducted daughter, who was carried off by Hades to the underworld where she was raped and imprisoned. 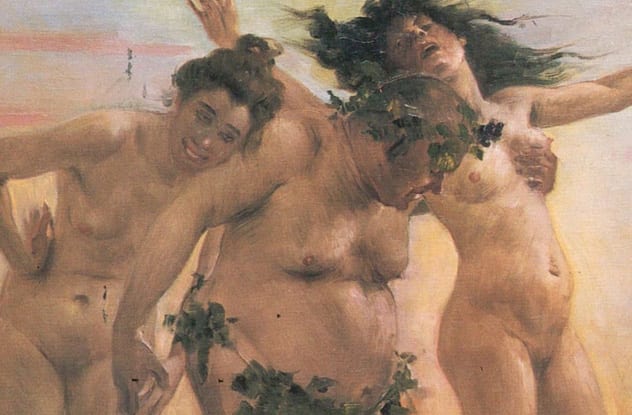 The Bacchanalia was a Babylonian celebration honoring the birth of Tammuz, the son of Ishtar, the queen of heaven. Bacchus was the god of wine and fertility and was also associated with love, sacred prostitution, and the fertility cycle of nature.

It was expected that every young woman would lose her virginity during this festival in dedication to the great mother goddess. The festival lasted five days, during which time the slaves were emancipated and received total freedom for the duration of the festival.