Most of us think of insects as creepy-crawly things that are best flattened by a flyswatter. But not all of these creatures fall into that category. The butterfly is one of the most popular types of insect, which is largely because the various kinds of butterfly are beautiful to look at.

However, many people don’t realize that this winged wonder has a lot more to offer us than simple visual appeal. Here are 10 reasons why we should appreciate butterflies for more than just their looks. 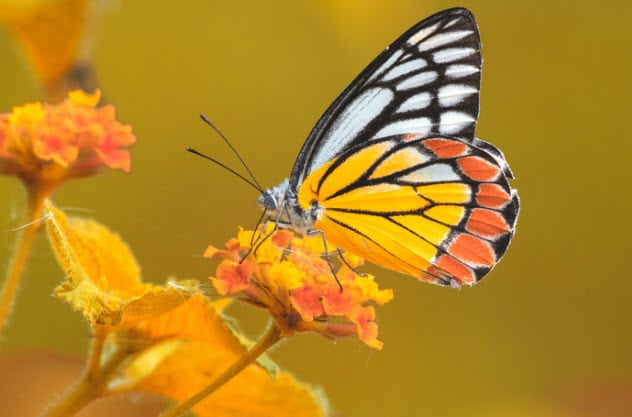 We all know that bees help to pollinate flowers, but most people do not realize that butterflies also perform this task. They are less suited to the job than bees because butterflies have to balance on thin legs and do not have the bodily structures that bees have evolved specifically to aid them.

This means that butterflies are not able to collect as much pollen on their bodies and legs as bees can, but the butterfly does have some advantages over the bee when it comes to pollination. The most notable is the butterfly’s ability to fly much farther than a bee, which means that it is capable of pollinating flowers across a much wider area.[1]

They also have a superior perception of color compared to bees, which are unable to see the color red. This means that butterflies choose brightly colored blooms while enabling them to pollinate flowers when they are open during the daytime. 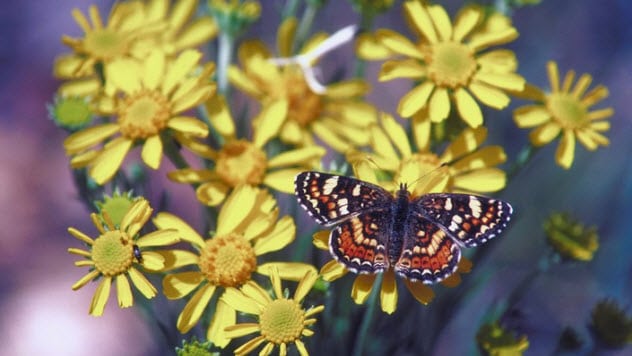 Butterflies are also extremely useful as an indicator of the overall health of an ecosystem. A greater number of butterflies usually means that an ecosystem is in good shape. The reason is that they play a dual role in the food chain, serving both as prey and as predators, eating plants and being eaten by birds and bats.

The Lepidoptera order to which the butterfly belongs is classed as an indicator species by scientists, which means that any decline in their numbers can be used to determine chemical or physical changes in the environment. Butterflies are particularly effective at indicating subtle ecosystem changes because their brief life spans make them react very quickly to such changes.

Meanwhile, their dependence on the climate and weather, reliance on eating larval plants, and restricted ability to move from the areas of their birth make them very sensitive to such minute shifts.[2] 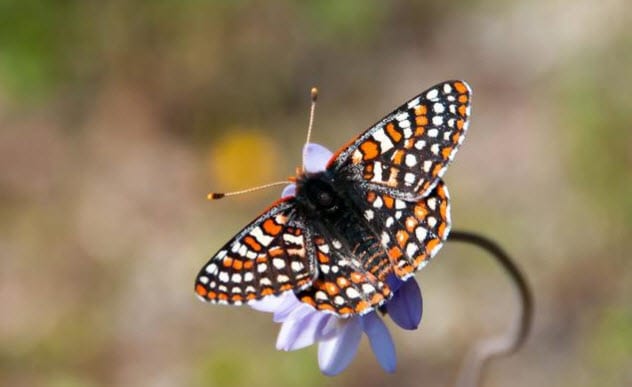 Due to their sensitivity to alterations in climate, butterflies are extremely helpful to scientists who are monitoring climate change around the world. Changes in temperature affect which sites butterflies choose for laying their eggs, the number that they lay, and the development and survival of the butterfly larvae.

There have been several examples of a decline in the numbers of butterflies in a particular region that have been attributed to climate change. One such case is the almost complete disappearance of the birdwing butterfly from the Fashiakhali forest in Bangladesh between 1999 and 2004.

Research by scientists from the Environmental Biology and Biodiversity Lab at the University of Dhaka found that the primary reason for this was changes to the plants that these butterflies eat. Furthermore, research by scientists from the National Academy of Sciences (NAS) in the US has found that the number of Quino checkerspot butterflies native to Baja, California, has declined significantly due to the climate becoming too hot and dry.[3]

Although the human destruction of the area’s habitat is also a factor in this decline, the NAS now officially lists this subspecies as the first endangered one where climate changes are a recognized cause and something to be considered when planning to prevent this butterfly from becoming extinct. 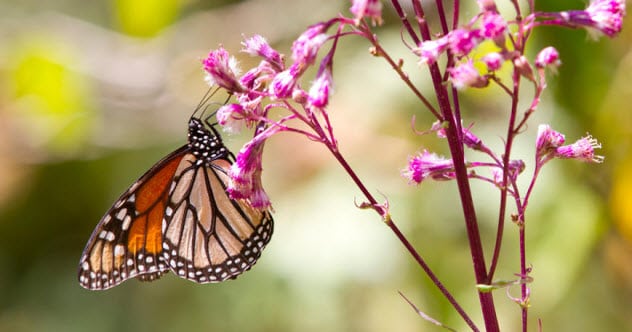 The beauty of butterflies makes them an insect that we all want to see. This can translate into serious economic benefits for areas where there are lots of them.

The butterflies and moths gather in this valley during the final part of their life span. The close of the area’s wet season in late May is the best time to see them as they are drawn by the smell given off by the valley’s oriental sweetgum trees.

Mexico’s Monarch Butterfly Biosphere Reserve also enjoys a seasonal tourism boost due to butterflies. This is home to the monarch butterfly’s winter roost. El Rosario and Sierra Chincua, two of the eight butterfly colonies, are open to tourists. El Rosario attracts thousands of people every year, especially from Japan, Germany, France, Spain, Canada, and the US.[4] 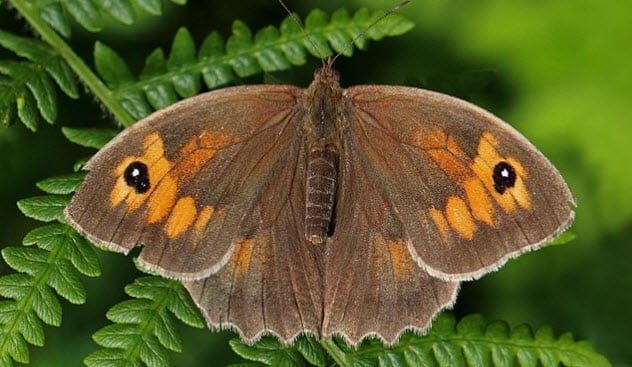 Antibiotics are vitally important to the treatment of various kinds of bacterial infection. However, many people do not realize that some species of butterfly provide us with antibiotics that could prove crucial to saving lives.

Every type of butterfly has developed its own chemical mix to attract mates, ward off predators, and overcome its host plant’s chemical defenses. But the meadow brown butterfly, which is common in the UK, produces a potent antibiotic as part of this personal chemical collection.

Furthermore, scientific research into the antibacterial chemicals produced by different species of butterfly found almost all of those tested to be highly effective in combating the growth of the gram-positive bacteria Bacillus anthracis—which can be used to create anthrax.[5]

The vast majority of those tested also proved effective in combating the growth of Staphylococcus aureus. This bacterium helps to kill 90,000 people each year in the US and has become resistant to many of the antibiotics currently used. 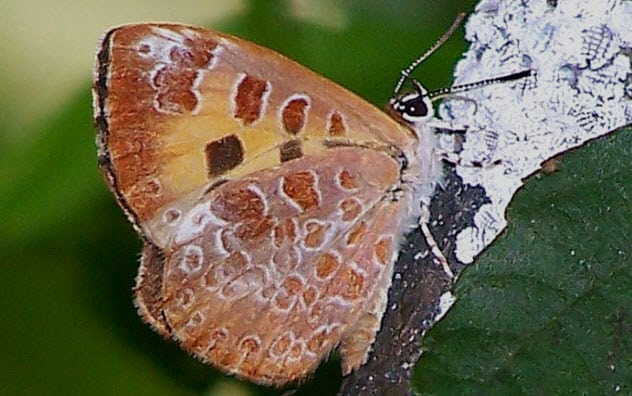 If you are a keen gardener, the butterfly will help to get rid of insects that can threaten your flowers. We generally think of butterflies as only eating plants, but the harvester species is fond of eating the aphid.

These tiny insects are a real source of frustration for many gardeners because they feed off the sap of plants, causing them to grow in distorted ways and lose their health and color. Aphids also help to pass on viruses from plants to fruits and vegetables, such as cucumbers, tomatoes, raspberries, and strawberries.

The harvester butterfly—recognizable by its orange, black, and white wings—is not commonly found and is the only species native to the US that eats insects rather than plants. But it certainly offers more than just visual beauty.[6]

4 Removing Waste From The Environment 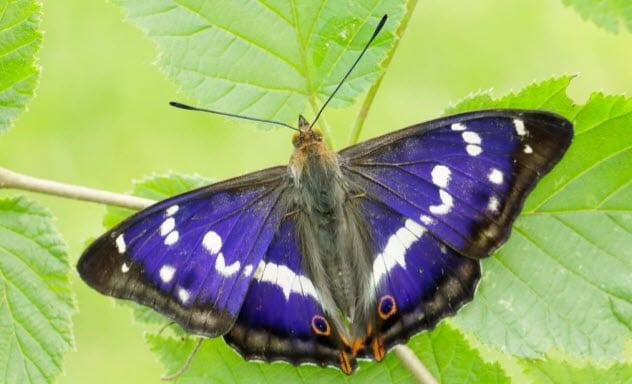 As well as ridding our gardens of damaging insects, we can also thank the butterfly for eliminating unwanted waste from the environment. A few species of adult butterfly consume waste material like animal poop and rotted animal flesh—both of which provide butterflies with vital nutrients.

One species of butterfly that eats waste instead of plants is the purple emperor, which is mainly found in the south of England and lives high in the tops of trees. Given that most people would prefer not to have dead, rotting animals and their poop lying around, this butterfly definitely performs a public service.

However, some butterfly enthusiasts keen to catch a glimpse of the purple emperor actually leave rotten meat or fish, animal dung, babies’ nappies, and other delights lying around specifically to bait this insect into making an appearance.

Other types of butterfly—including the red-spotted purple, the red admiral, and the hackberry—also eat dead animal flesh once it decomposes and the tissues break down. It is the juices of the meat that they need.[7] 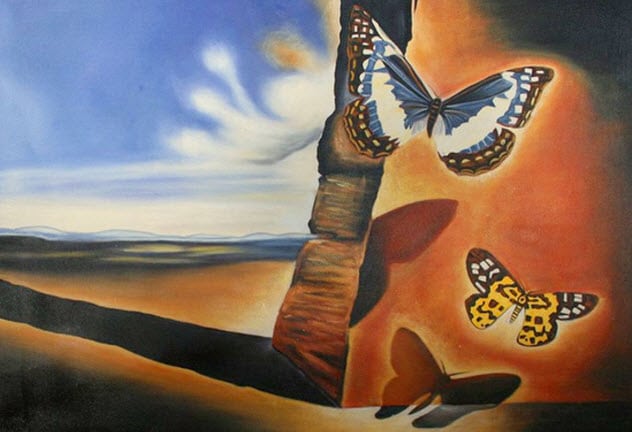 Given that butterflies are beautiful, we should not be surprised that they have proven inspirational to artists over the years. This can be traced all the way back to Egypt in 1350 BC where the tomb painting Nebamun hunting in the marshes featured numerous plain tiger butterflies.

Scenes of this kind were commonly used to decorate tombs at that time. They depict the dead as they wanted to be remembered as well as engaging in things that they hoped to do in the next life. The hieroglyphics stated that the painting shows Nebamun enjoying the beauty of nature.

Butterflies also interested artists of the Renaissance. Jupiter Painting Butterflies, Mercury and Virtue by Dosso Dossi shows Jupiter painting these insects while Mercury sits behind him preventing Virtue from interrupting Jupiter’s work. According to scholars of fine art, the butterflies in this painting represent the volatile creative thought process.

The surrealist artist Salvador Dali also had a fascination with butterflies as we can see from the untitled 1956 painting that has become known as Landscape with Butterflies. This features two different types of butterfly in a desert setting, with Dali’s love for them said to be linked to his enthusiasm for the idea of metamorphosis in general. In his autobiography, Dali associates them with fragility and the ephemeral.[8]

Finally, the conceptual artist Damien Hirst also explored butterflies in his 1991 piece In and Out of Love, which featured butterfly pupae hatching on canvasses. His second version created for the Tate Modern in 2012 caused controversy due to the resultant deaths of over 9,000 butterflies. That year, Hirst also used the wings of butterflies for his colorful kaleidoscope paintings that examine the Christian idea of the butterfly representing resurrection and the Greek idea of it representing the soul.

2 Helping To Bring About Technological Breakthroughs 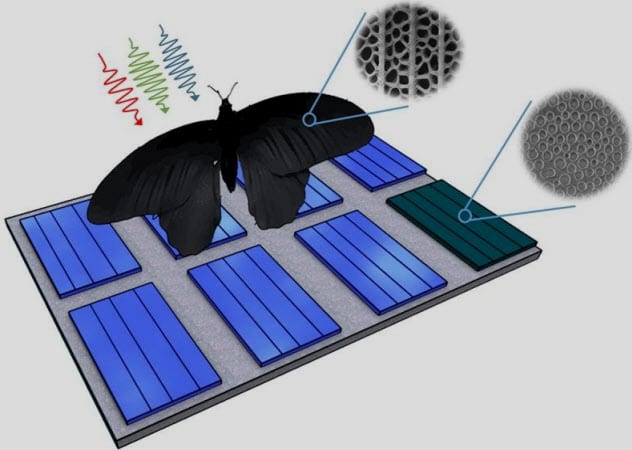 The butterfly is also playing a key role in the development of new technologies. For example, Mark Miles, a graduate of MIT, realized that the color in butterfly wings is not the result of pigment but of shingled plates that disrupt the wavelengths of reflective light.

He applied this concept to the screen displays of tech devices, which also need to be able to offer bright colors within slim casings. Qualcomm went on to use this technology in the creation of its Mirasol screen.

Elsewhere, a research team from Shanghai Jiao Tong University is developing a carbon film inspired by the black wings of Red Helen butterflies that can absorb light almost completely. This enables these butterflies to stay warm. It is hoped that the carbon film can be used to help develop more efficient solar technologies for humans.[9] 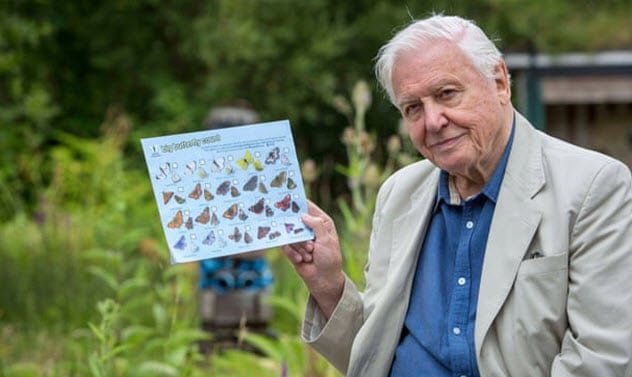 We have already established that butterflies play a useful part in keeping us physically healthy, but they are also good for our mental health. The celebrated UK naturalist Sir David Attenborough recently cited the beneficial effects of butterfly watching in helping humans to escape the stress of the modern world.[10]

As a result, British mental health charity Mind backed the conservation project The Big Butterfly Count on the grounds that the research shows a clear link between connecting with the natural world and reduced levels of anxiety and depression. Given all this, we can easily understand why the Mental Health Association of Monmouth County has chosen the monarch butterfly as its official symbol.

I am a freelance writer who has previously written for BBC Radio and currently writes short films under the name Wardlaw Films.

Read bizarre tales from the insect world on 10 Insects That Belong in an Alien World and 10 Zombies of the Insect World.