Religion is based on faith, not reason. Con artists are quick to take advantage. Some do it for money; others do it for publicity or even out of genuine conviction. As long as people continue to believe in miracles and divine revelation, others will exploit it.

10 The Book Of Veles 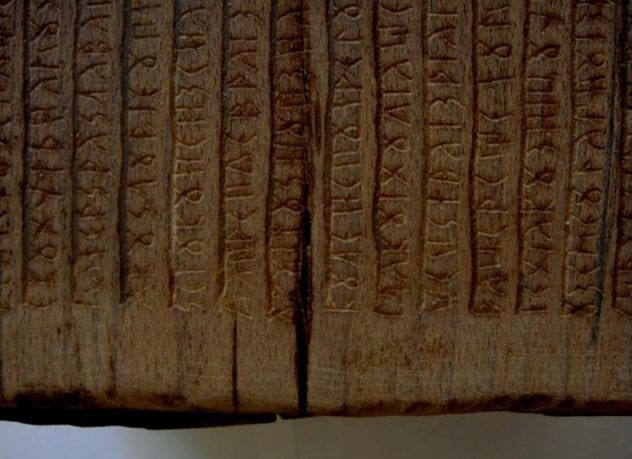 Banned in Russia and celebrated in Ukraine, the Book of Veles is an enigma. Discovered by a Russian colonel in a ruined Ukrainian castle, the work consists of 42 birchwood planks with inscriptions in a mysterious language dubbed “proto-Slavic.” The book is dedicated to Veles, the Slavic god of agriculture and cattle. It goes into great detail about the ancient pantheon, rituals, and astronomy. The remainder is a chronicle of the Slavic people, tracing their journey from a mysterious homeland in the East, through Syria, and into the Carpathian Mountains.

Many consider the work to be a forgery. They argue that “proto-Slavic” is not a language but rather a mishmash of modern tongues with no regard for grammar or punctuation. This would be ironic, given that the fifth plank demands “we tell only the truth.” Regardless, The Book of Veles remains the central text for Slavic neopagans. 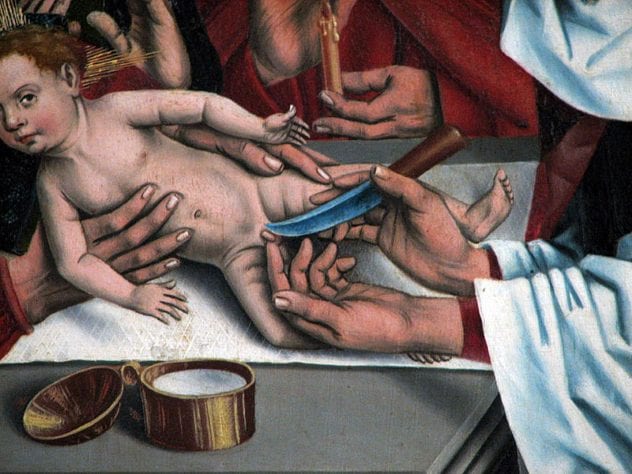 The medieval Church cherished relics—particularly those that Jesus touched or used during his lifetime. Of these, the holy foreskin, was the most prized and contentious. Around AD 800, Charlemagne presented the praeputio domini to Pope Leo III, claiming it came from an angel. Within a few decades, there were at least 12 other holy foreskins in circulation. Each owner pleaded with the Vatican to authenticate theirs. The Monks of Charroux went as far as making theirs bleed, which worked. Pope Clement IV declared theirs authentic.

Debate soon raged through Christendom. Was Jesus circumcised at all? Did his foreskin ascend to Heaven with him? In his work De Praeputio Dominin Nostri Jesu Christi Diatriba, Leo Allatius argues that the holy foreskin composes Saturn’s rings.

The Catholic Church eventually got fed up and declared all holy foreskins frauds. In 1900, writing or speaking about the relic became punishable by excommunication.

8 The Madonna Of Civitavecchia 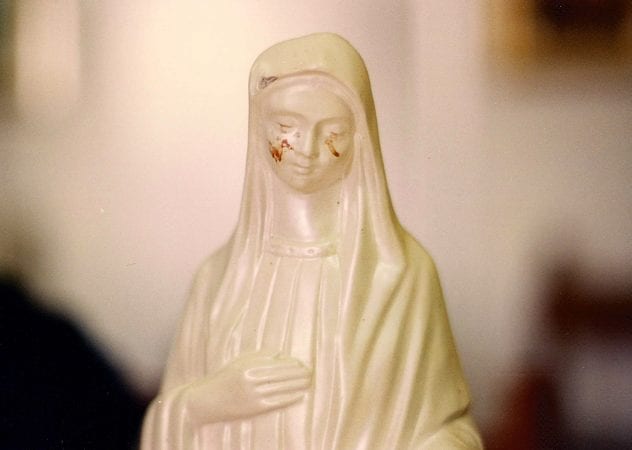 Weeping Madonnas are nothing new, but the Madonna of Civitavecchia has captured special attention. In 1995, this 41-centimeter (16 in) souvenir purchased in Medjugorje, Bosnia, started weeping blood. A CT scan ordered by a local judge revealed no hidden mechanisms. However, a DNA analysis showed the tears to be male human blood. Some claimed this was irrefutable evidence of hucksterism. Others were sure the tears were the blood of Christ.

Since the Madonna started weeping blood, a dozen similar statues have popped up throughout Italy. Historians point out that the last wave of miracles occurred in the 1940s during a period of “collective angst.” Modern Italy might be in a similar crisis. Civitavecchia mayor Pietro Tidei is a supporter of the Madonna despite being an atheist. The down-and-out port town has an unemployment rate in the 20 percent range. One more miraculous Madonna won’t harm the world, but it will bring in tourist dollars.

7 The Letter Of Prester John 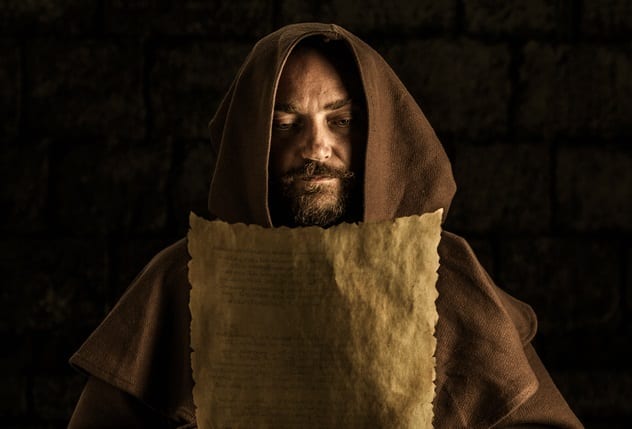 In 1165 AD, a mysterious letter addressed to Emperor Manuel Comnenus arrived in Constantinople. The letter came from Prester John, an enigmatic Christian ruler of an Earthly paradise somewhere to the East. Prester John was a medieval urban legend, believed to have been descended from one of the three magi. Many claimed his empire was in either India or Ethiopia. In 1177, Pope Alexander sent his personal envoy to deliver a return letter. The Portuguese launched missions around Africa in search of Prester John’s paradise.

They found nothing. Prester John and his kingdom were a hoax. In the 12th century, Christian Europe was under constant threat of Muslim encroachment, and they needed hope. The letter was intended to provide this. Whoever wrote the letter was well-versed in ancient lore, specifically that of Alexander the Great’s travels in the East. Linguistic evidence suggests it originated in Italy. 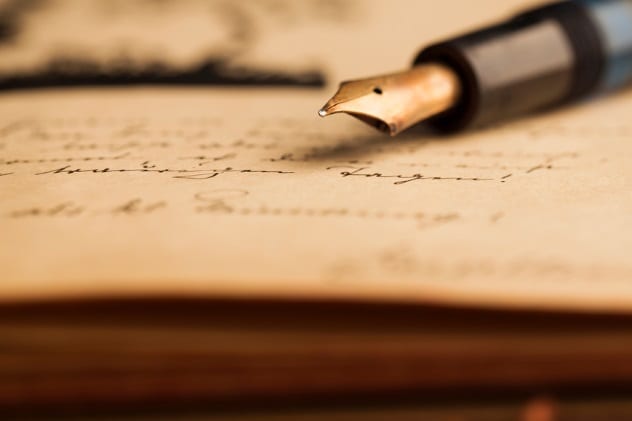 Mark Hoffman is one of the most talented forgers in US history. By 1987, the 32-year-old had fooled the Mormon hierarchy, dozens of document collectors, and the FBI’s top forgery experts. He committed the largest monetary fraud through forged documents ever in the United States. He made over $2 million selling documents in New York and Utah, including fabricated letters by Charles Dickens, Mark Twain, and Jack London.

Hoffman’s most notorious forgery was the Salamander Letter. The document was supposedly written in 1830 by Martin Harris, a witness to the Golden Plates of Mormon. Addressed to newspaper reporter W.W. Phelps, the note described Joseph Smith’s involvement in money-digging and magic. It even suggested that The Book of Mormon was not divinely inspired. In 1988, Hoffman was sentenced to life in prison for murdering two former friends with a bomb. They had threatened to bring down his empire of forgeries. 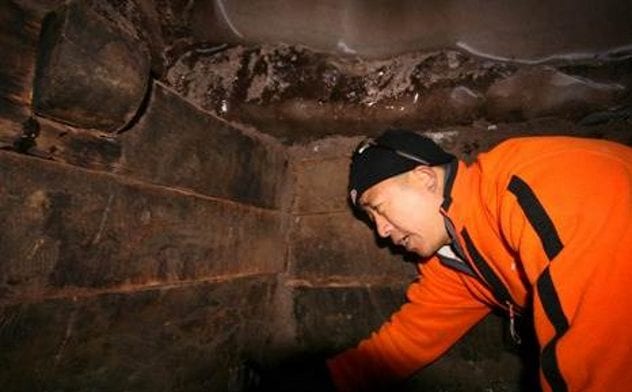 In 2009, a research team announced that they had found the resting place of Noah’s Ark 4,000 meters (13,000 ft) atop Turkey’s Mt. Ararat. The Hong Kong–based group that made the discovery was called Noah’s Ark Ministries International. The team claimed that they discovered wooden beams and compartments which could have housed animals. However, they brought no professional archaeologists or geologists on their expedition. To complicate issues, the same team “discovered” the Ark in 2007 in a cave on Ararat.

Two seasoned archaeologists investigated their find and concluded it was a hoax. Cornell University archaeologist Peter Ian Kuniholm claimed there wasn’t enough water in the world to get the Ark to its alleged elevation. Furthermore, there were cobwebs on the beams—impossible at that altitude. They eventually discovered that Kurdish guides had planted the beams in the cave in order to fool and extort Evangelical Christians.

4 The Boy Who Came Back From Heaven 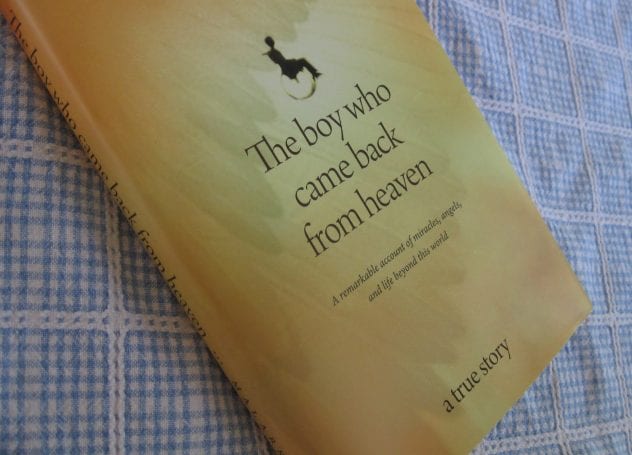 Photo via Americans Against The Tea Party

When he was six, Alex Malarkey suffered a horrible car accident that put him into a coma and left him paralyzed. During the experience, Alex claims he went to Heaven. With his father, Kevin Malarkey, he coauthored his experiences in The Boy Who Came Back from Heaven. The book went on to become a bestseller and inspire an entire genre of “heavenly tourism.” Five years later, Alex claimed the whole thing was made up.

Alex claims he made up the story for attention. He has apologized and now insists that the Bible is the only true religious text, saying “anything written by man cannot be infallible.” The book’s publisher, Tyndale House, has pulled it from shelves. Curiously, the book continues to sell, and many refuse to question its veracity. Alex hasn’t received money from its publication. Tyndale’s contract was with his father.

3 The Letter Of Benan 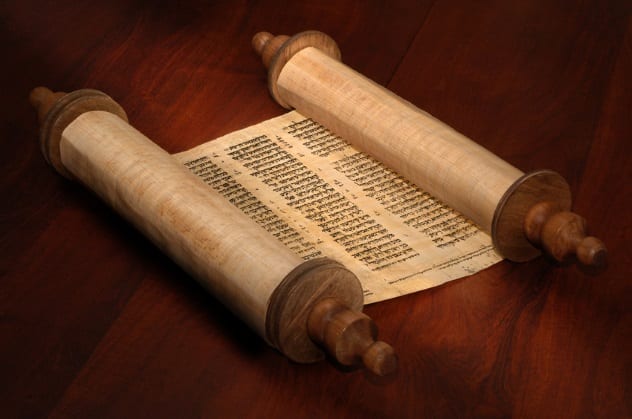 The Letter of Benan is an apocryphal Gospel that first appeared in Germany in 1910. The work was purported to be a translation of a fifth-century Coptic papyrus detailing the recollections of an Egyptian physician named Benan. The doctor spent his youth studying alongside Jesus with rabbis and Egyptian doctors, including the Therapeutae mystic healers. Later, Benan seeks out Jesus, witnesses the Crucifixion and Resurrection, and tells the tale to the women who visit the tomb, before spreading the good news to Europe.

Berlin-based scholar Carl Schmidt revealed the work to be a hoax by publicly asking for a copy of the original papyrus. It was never produced, leading to universal denouncement of the work as a fraud. The publisher, Ernst Edler von der Planitz, wasn’t a religious scholar or an archaeologist. He was best known as a novelist with a penchant for Egyptian romances and conspiracy theories. 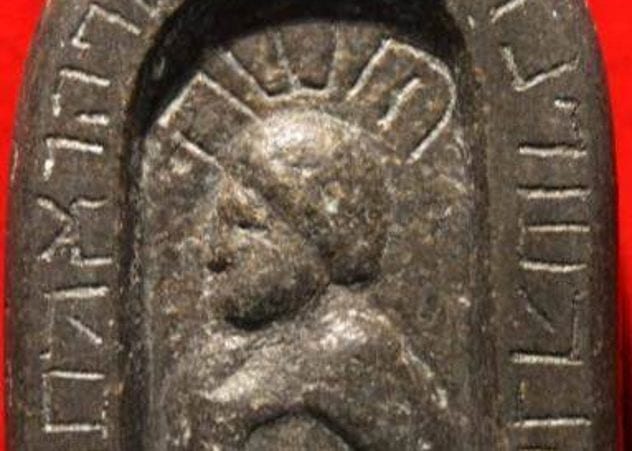 In 1860, David Wyrick made an unusual discovery while digging around a Native American mound in Ohio. He unearthed a black stone containing a depiction of Moses and the Ten Commandments in ancient Hebrew. Known as the Decalogue Stone, the artifact was dated to the Second Temple Period (20 BC to AD 70). Months before the discovery, Wyrick unearthed another stone containing ancient Hebrew inscriptions called the Keystone. Most consider these stones a hoax.

The prevailing theory is that Wyrick planted them in an attempt to prove that ancient Israelites had settled the US Midwest. The text on the artifacts is written in post-Exilic Hebrew script. A lost tribe would have used pre-Exilic style. In 1864, a local dentist named John Nichol planted two more Hebrew-inscribed stones among the mounds to show how easy it would be to fake the Decalogue Stone. 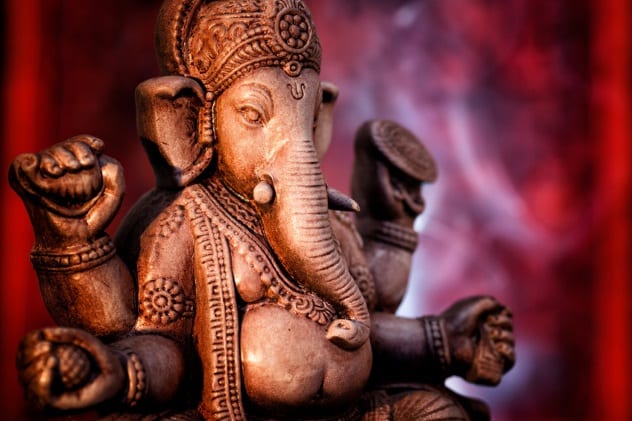 In 1995, rumor spread that statues of Ganesh were consuming milk. Hindus around the globe rushed to temples to offer the god of learning dairy appeasements. Soldiers in Punjab stopped their maneuvers. The Mumbai and Delhi stock exchanges were closed down. The entire Hindu world wanted to make offerings.

Was this a mass hallucination, or was it a hoax on a grand scale? Many were convinced it was the real thing, Others were sure it was the work of an infamous guru named Chandraswamy. Within 24 hours, the miracle ceased.

Members of the Indian Rationalist Association quickly proved that basic physics could explain the miracle. The society’s president demonstrated how any liquid could be made to rise into the porous ceramic statues through capillary attraction. What the “guru busters” couldn’t explain was how millions of Hindus accepted this hoax or why it ended so abruptly.