Although the word “vampire” may have been introduced in English in 1732, other Europeans had been recording stories about reanimated bloodsucking corpses for hundreds of years. Belief in vampires was widespread even during the early Enlightenment. Most Europeans stopped believing in vampires over the next century, although encounters and sightings persisted well into the 20th century in some parts of the Continent. 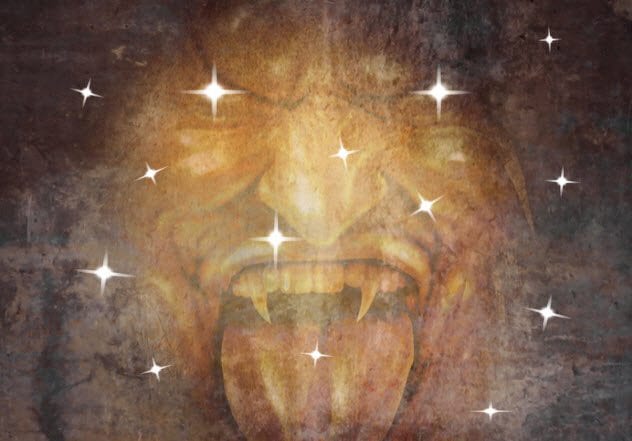 In Bulgaria, vampires were said to start out as ghostlike creatures before they could physically rise from their graves. In its early stage, the vampire could only be seen faintly by the human eye. During the night, however, their forms gave off easily noticeable sparks.

In 1863, the village of Dekekuoi was reportedly plagued by a mob of young sparkling vampires. The vampires attacked villagers, screamed outside their homes, and threw cow poop at pictures of saints. Although the vampires had not yet taken physical form, they could still be seen sparkling in the streets.

An old witch eventually decided that enough was enough and went to a local cemetery. When she found the vampires’ graves, she realized that they must have been escaping through holes in their tombstones. The witch sealed the holes, and Dekekuoi never experienced trouble with vampires again. 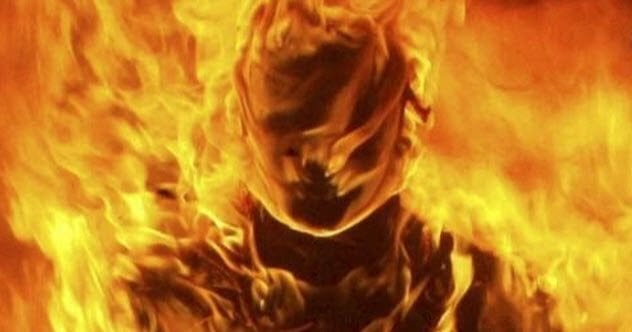 In his 1837 work, Travels in Crete, Englishman Robert Pashley recorded a strange vampire story. Before Pashley had visited Crete, a shepherd had unknowingly fallen asleep in front of the sepulchre of a katakhanas, a local kind of vampire.

That night, a voice in the tomb asked the shepherd to move his weapons, which the shepherd had accidentally left in the shape of a cross. The shepherd figured that the voice belonged to a katakhanas but agreed to get out of the way if the katakhanas wouldn’t hurt anybody. Sure enough, the vampire killed some newlyweds on his night out and returned home with a liver.

The generous katakhanas offered his guest a piece of the snack, and then the shepherd left to tell some priests what had happened. A mob later gathered at the tomb and burned the creature to ashes. However, one fingernail had to be set on fire twice before it was finally destroyed. 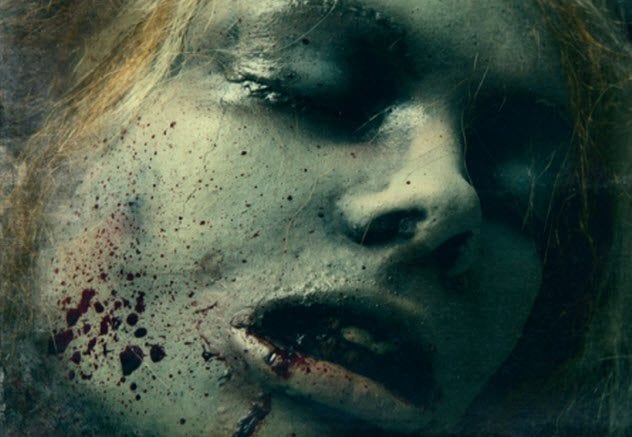 In mid-19th century Russia, peasants often blamed vampires for the spread of epidemics. It was thought that the first person to die of an epidemic was a vampire and that the disease could only be stopped if the vampire was killed.

During a cholera epidemic in one village in August 1848, a medical officer named Rubtsov accused a dead pregnant girl named Justina Yuschkov of being a vampire. When some peasants checked her corpse, they saw that her mouth was open, which they took as a sign that she was a vampire.

The peasants then cut open Justina’s body and discovered that her baby was missing. The child’s body was found in Justina’s coffin. Believing this to be definite proof that Justina was a vampire, the peasants drove a stake through her mouth. Although they were satisfied, this act disgusted a pastor in the region, and he reported the incident to a local district judge.

7 The Vampire Of Blau 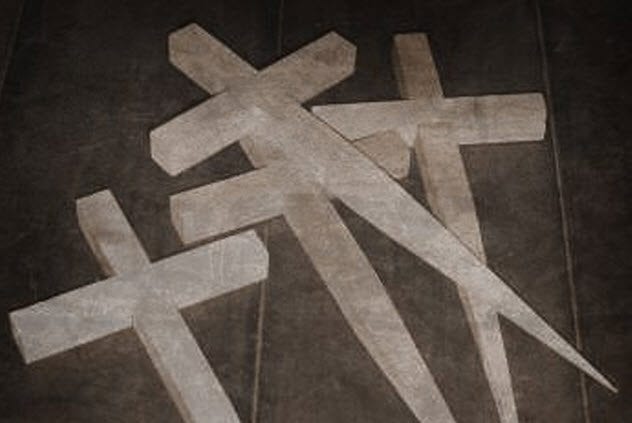 In the early 14th century, a shepherd named Myslata died in the village of Blau in Bohemia. After his death, Myslata became a vampire, and he set about terrorizing the village each night. Amazingly, he could kill a person by only calling out their name, which caused the person to die within eight days.

When the peasants tried pushing a stake through Myslata’s heart, he mocked them and said that he would use the stake to ward off dogs. After that failed attempt, a professional executioner was tasked with getting rid of Myslata.

The executioner and his attendants moved the vampire out of the village. Myslata screamed and flung his limbs the whole way out. The men pushed a bunch of stakes into Myslata’s body and cremated him to ensure that he stayed dead. 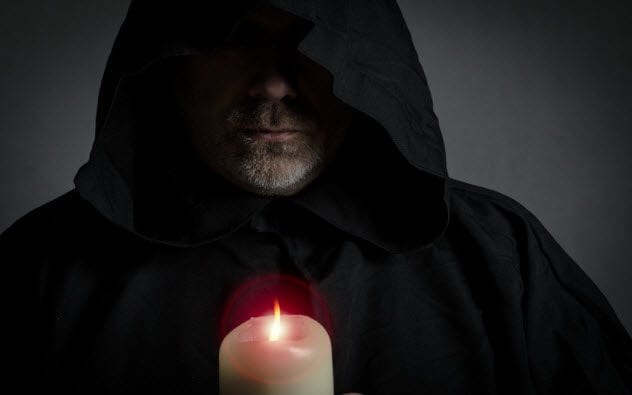 German vampires were known to prefer their own family members as victims. In one infamous case from the 18th century, several members of the noble Wollschlager family inexplicably died after the death of a male relative. The family feared that the older man was responsible, so they sent Joseph, the accused vampire’s nephew, to take care of him.

Armed with an axe and accompanied by a monk with a candle, Joseph ventured into the family crypt in modern-day Jacobsdorf, Germany. Although the monk ran away, Joseph was not afraid. He decapitated his uncle’s body without a second thought. The young man took some of the vampire’s blood for a souvenir, and it was said that the headless Wollschlager vampire was still in the family crypt more than a century later. 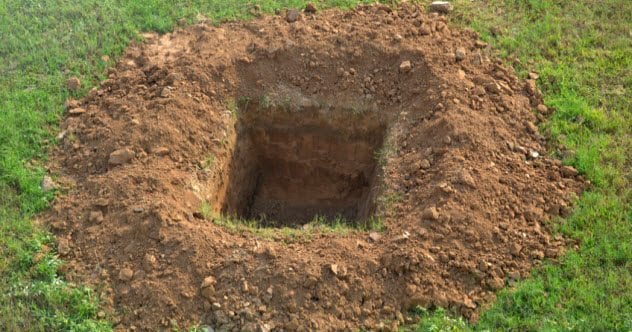 Johannes Cuntius was a wealthy alderman who lived in the Silesian town of Pentsch. One day in 1592, he fell sick after being kicked by a horse. Johannes grew mad in his illness and claimed on his deathbed that he was a terrible sinner.

After Johannes was buried, there were reports across town that he raped a woman, haunted his old home, and assaulted several townspeople, including the son of a blacksmith. Stories of Johannes’s undead antics scared traders and travelers away from the town.

The townspeople finally dug up his grave after half a year of being terrorized. With the permission of some judges, Johannes’s body was chopped into tiny pieces and cremated.

4 The Vampire Of Anantis Castle 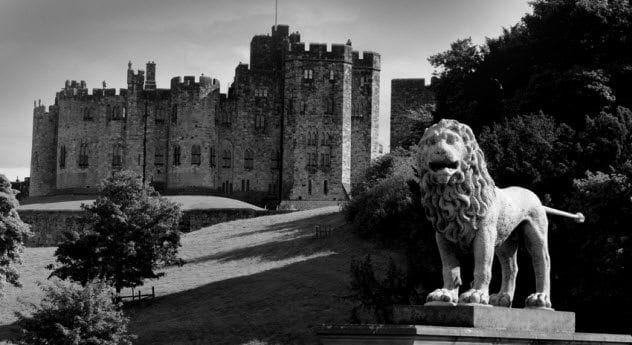 In the late 12th century, historian William of Newburgh recounted a story that he had heard from an elderly monk about a reanimated bloodsucking corpse that stalked the area of Anantis Castle.

The vampire had once been a Yorkshire man who took refuge in the castle, possibly fleeing from his enemies or the law. The man had been a terrible person while alive, and he was even worse as a vampire. His stench poisoned the air wherever he went, and he was always being chased by howling dogs that the Devil sent after him.

After the town was nearly depopulated, two brothers dug up the vampire’s body and hit it with their shovel. The vampire’s body was bloated, and after being hit, it let out much of the blood it had sucked. To destroy the creature, the brothers cut out its heart and set its body on fire.

3 The Vampire Of Buckinghamshire 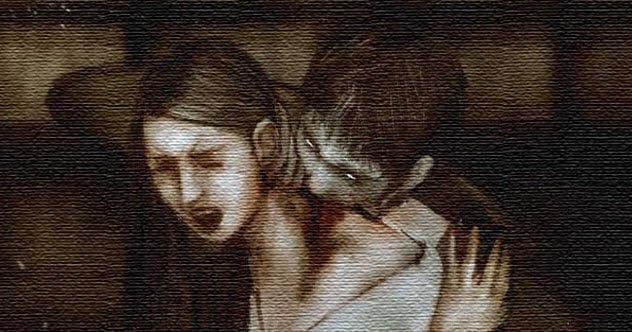 Another interesting story passed down to us from William of Newburgh concerned a vampire in Buckinghamshire, England. This vampire visited his wife the day after he was buried and tried to kill her in bed. The vampire came back on two more nights until he was chased away by some of the woman’s neighbors. After this incident, he began to attack the other villagers, even assaulting groups of people during the daytime.

Bishop Hugh of Lincoln was asked what to do about the monster. The bishop’s colleagues recommended that the vampire’s body be cremated, but Hugh considered that idea to be sacrilegious. Instead, he wrote a letter pardoning the vampire of its sins, and this letter was put on the vampire’s chest. Surprisingly, the letter worked, and the vampire was never seen again. 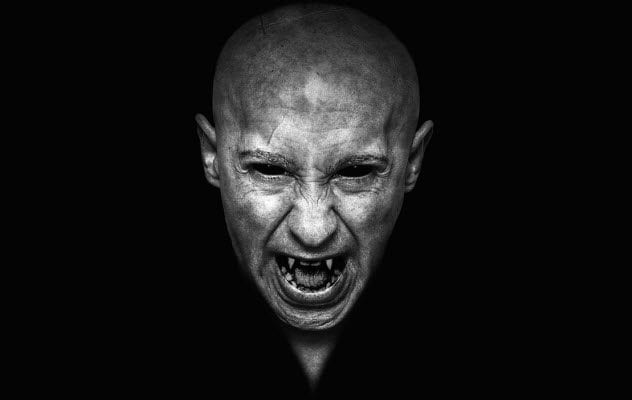 Although most Europeans stopped taking vampires seriously by the 20th century, belief in the creatures persisted in some rural areas. In the Bosnian village of Tupanari, for example, a vampire was reported to be active between April and May 1923. Cvija Tomic, a widow, complained that her late husband, Paja, had returned as a vampire and ran through her house each night.

Some of Cvija’s neighbors were skeptical, but others thought she was telling the truth. After another month, Cvija’s sons, Stevo and Krsto, held a town meeting and agreed to destroy their father’s body.

They led a mob of peasants to the cemetery and disinterred Paja’s body. The mob stabbed the corpse with a hawthorn pole, cremated the body, and then tossed the surviving bones back into the vampire’s plot. 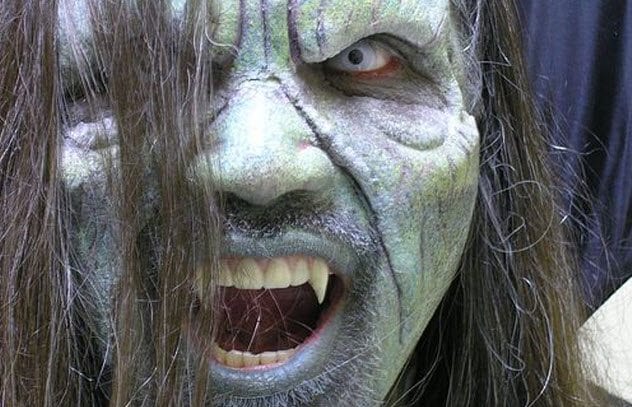 In late 1731, the Serbian village of Medveda saw 13 of its inhabitants mysteriously die in a span of only six weeks. The authorities suspected plague, and they sent a medical specialist to check things out. After examining the village, the specialist couldn’t find any proof of plague. The villagers, in fact, pinned the deaths on a vampire named Arnold Paole.

Paole had haunted the village a few years back, and he was earlier accused of killing four people. He had also attacked animals. The 13 villagers who died in the epidemic had eaten meat from these animals, and the meat was believed to have poisoned them.

By January, the death toll had risen to 17, and some of the dead had become vampires themselves. After another official investigation, which included conducting autopsies on all the dead, the vampires’ bodies were destroyed. The report from the investigation was immensely popular, and soon the story became known all across Western Europe.

Tristan Shaw runs a blog called Bizarre and Grotesque, where he writes about unsolved mysteries, paranormal phenomena, and other creepy and weird things.