We tend to think of the Middle Ages as a lawless time when desperate outlaws roamed the land. While that’s not totally fair, it is true that law and order often broke down. This allowed daring rogues to run wild, leaving a trail of destruction in their wake. 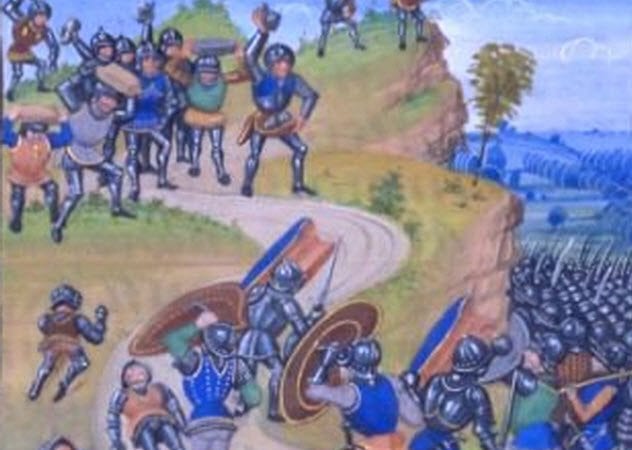 Seguin de Badefol first appears in history as a mercenary for John II of France. After John was defeated by the Black Prince at Poitiers, France, England signed a peace treaty and the mercenaries were dismissed.

Instead of disbanding, the various mercenary companies simply transitioned to banditry, raiding and pillaging across France. De Badefol led the Margot, one of the largest bands, which could field up to 2,000 men. His favorite trick was occupying a town and demanding that the citizens pay him to leave.

In 1362, France sent an army to deal with the mercenaries, but Seguin united the various bands into the “Great Company” and shattered the royal force at the Battle of Brignais. It was a stunning victory, leaving eastern France completely at the mercy of the bandits.

Seguin died four years later from eating a poisoned quince while trying to extort some cash from ruthless maniac Charles “the Bad” of Navarre.

After Henry I died without a son, the throne was claimed by the Empress Matilda (who was Henry’s daughter and rightful heir) and Stephen of Blois. Law and order broke down as England plunged into a civil war known as the Anarchy.

Perhaps the most notorious outlaw of the period was Geoffrey of Mandeville, a nobleman from East Anglia. Stephen made him Earl of Essex in return for his support, but Geoffrey betrayed Stephen and defected to Matilda, who gave him virtually unlimited control of Essex. Then Geoffrey defected back to Stephen in return for power over Middlesex and Hertfordshire.

In 1143, Stephen felt powerful enough to move against Geoffrey, but he escaped into the marshes of East Anglia. With a base on the Isle of Ely, Geoffrey became an outlaw, raiding and burning his way through the fens. He was killed by an arrow during a minor skirmish in 1144. 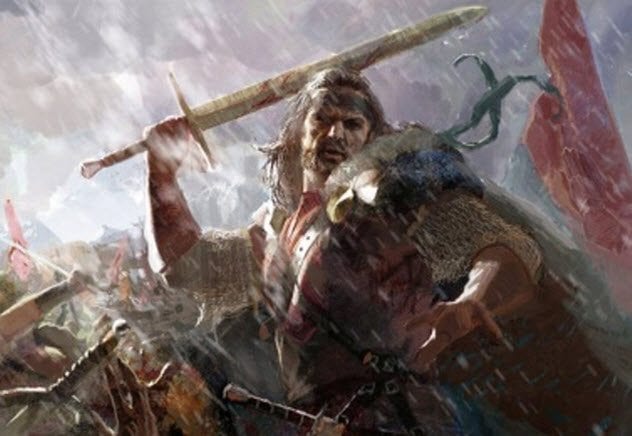 During the Anarchy, Stephen shored up his position by hiring sellswords from Flanders, who soon developed an evil reputation. Arguably the worst was the practically feral Robert fitz Hubert.

Robert arrived in England in 1139. But instead of taking service with Stephen, Robert immediately attacked Malmesbury Castle and took it for himself. Stephen forced him out a few weeks later, at which point Robert hired his band out to Matilda.

He lasted a few months before sneaking away from Matilda’s army and taking Devizes Castle in a surprise night attack. He summoned more knights from Flanders and began to ravage the land in a determined effort to carve out a petty kingdom between Winchester and London.

This wild plan was only foiled by the cunning of John the Marshal, who offered to surrender his castle and then slammed the gate shut behind Robert when he arrived to negotiate. Robert was subsequently hanged. 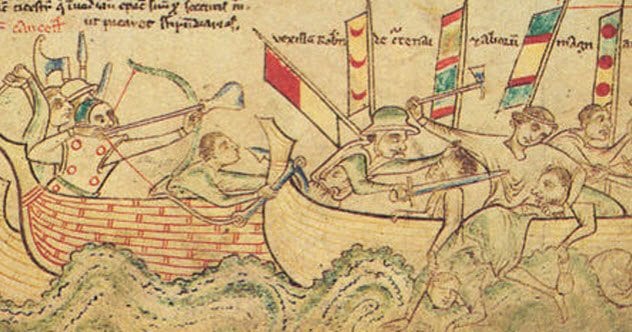 At the height of his career, Eustace the Monk was so feared that he was rumored to be a sorcerer. A former monk, he was declared an outlaw and fled to the English Channel, where he became the most notorious pirate of his day.

Eustace was a formidable sea captain, and King John of England hired his powerful fleet to capture the Channel Islands from the French. Eustace subsequently used the island of Sark as a base to ravage the Norman coast and stage daring raids down the Seine.

In 1212, Eustace defected to the French. His pirates were sailing with a large French fleet when they came under attack from an English armada in 1217. The English triumphed by throwing quicklime onto the enemy ships, blinding the crew. Eustace was found hiding in the bilge and beheaded as “a traitor to the king and a most wicked pirate.” 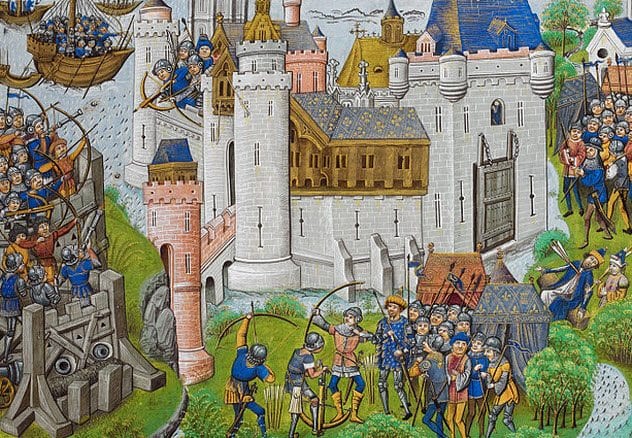 Owain Lawgoch (“Red Hand”) was the last male-line descendant of the old Welsh kings of Gwynedd and one of the finest warriors of the 14th century. He was determined to regain his rightful throne and even launched two invasions, causing panic in England. However, his first fleet was prevented from landing by storms, while the second force was diverted to aid the king of France.

When not invading Wales, Owain fought for the French in the Hundred Years War and commanded a company of Welsh mercenaries against Pedro the Cruel of Castile. In 1375, Owain led the Guglers, a massive army of mercenaries that invaded Switzerland, only to be ambushed in a night attack by the enraged Swiss citizens.

Owain was assassinated in 1378 by an undercover agent of the English. 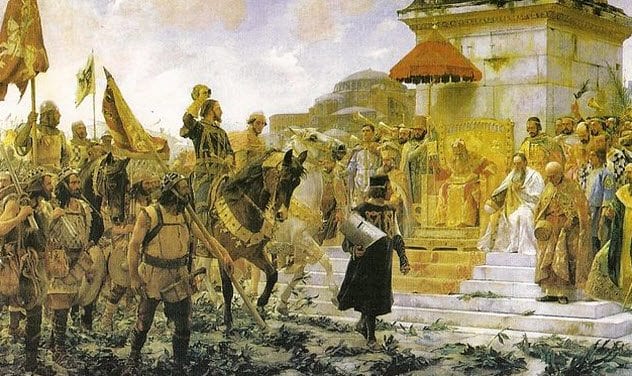 Originally a member of the Knights Templar, Roger de Flor was drummed out of the order after his disgraceful conduct at the Siege of Acre, where he took control of a Templar galley and charged huge fees to carry civilians to safety in Cyprus.

After a spell as a pirate, Roger saw a chance to secure his fortunes. The king of Aragon had dismissed many of his soldiers after signing a peace treaty in 1302. Many of the newly unemployed Catalans had been fighting for two decades and had no other marketable skills. Roger recruited 6,000 into a mercenary band known as the Catalan Company and signed a lucrative contract with the Byzantines.

The Catalans were mildly successful against the Turks, but they also looted Byzantine land and openly fought rival Byzantine soldiers. To make matters worse, Roger was clearly plotting to carve out his own kingdom in Anatolia. Declaring him a bandit, the Byzantines murdered him in 1305. 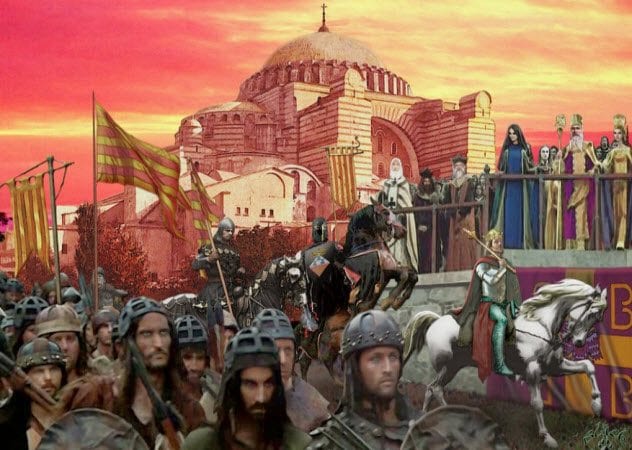 After the murder of Roger de Flor, the Byzantines sent an army to wipe out his mercenaries. Although the Catalans were outnumbered, they were also hardened veterans and defeated the Imperial Army at Apros in 1305.

After a fairly pathetic attempt to blockade Constantinople, the Company crossed into Greece, where the Duke of Athens realized they were a threat. Cunningly, he offered to hire the Catalans.

They conquered large territories of Greece for him until they realized that their money was never coming. Meanwhile, the duke was trying to split the Company by offering full pay and land to 500 of the Catalans if they would help him defeat the others.

The 500 Catalans declined to betray their comrades but sensibly took the bribe first. Then they pulled off another underdog victory over the duke’s larger army and established their own petty kingdom in Greece, which lasted for the next 80 years. 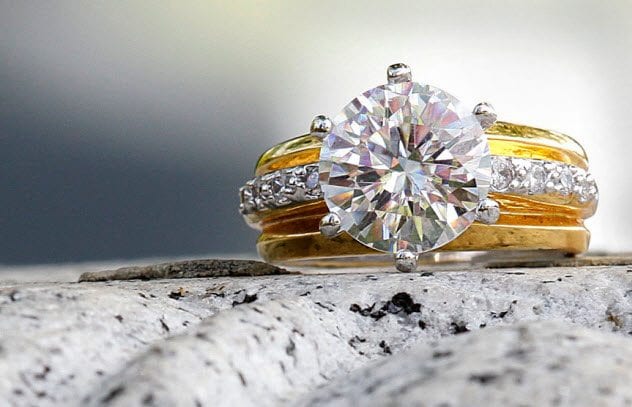 In the mid-14th century, England experienced something of an urban crime wave. Even the Black Prince once sent his servants out to buy food, only for them to return beaten and robbed. The most notorious gang leader was Adam the Leper, who often targeted royal officials.

In his most famous crime, Adam learned that Queen Philippa had left her jewelry with a local merchant. The leper’s gang surrounded the merchant’s house and demanded that he hand over the gems.

The outraged merchant refused and stoutly beat off several attacks until Adam became exasperated and set the building on fire. Now the tables were turned, with the merchant and his family trying to get out and Adam keeping them in until they tossed out the jewels. The leper was apparently never punished for this daring attack. 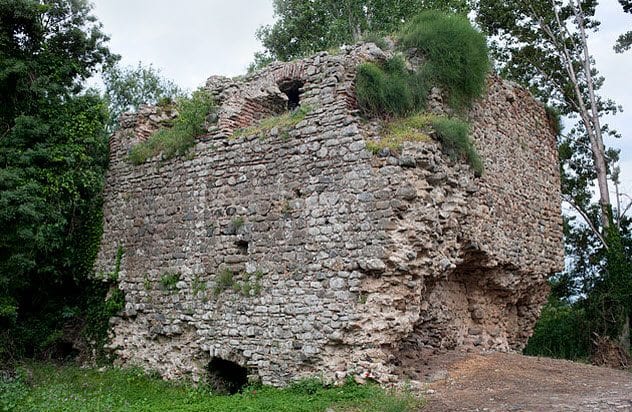 Hajduk Momcilo was a Bulgarian bandit who built a personal army of peasants in the Rhodope Mountains. He briefly served Stefan Dusan of Serbia but really came into his own during the Byzantine Civil War of 1341–1347.

In an impressive display of backstabbing, Momcilo switched sides in 1343, 1344, and 1345. By playing both sides, he was able to establish his own power in the borderlands.

Momcilo eventually became such a threat that the Byzantines teamed up with the Turks to launch a joint attack on his city of Peritheorion. Sensing which way the wind was blowing, the citizens locked Momcilo’s army outside the gates, where he was defeated and killed. 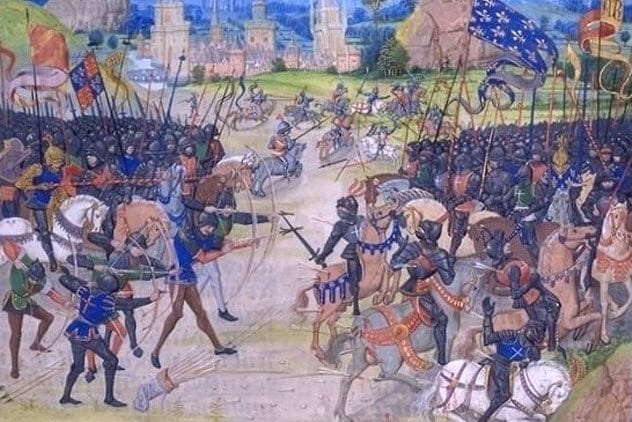 Arnaud de Cervole was Archpriest of Velines until he found that a career as a mercenary was more to his liking. (He kept “the Archpriest” as a nickname.) After the Battle of Poitiers, Arnaud was the first to realize that the French crown was no longer strong enough to hold the mercenaries in check.

He formed the first “Great Company” and led it into Provence, which had avoided serious damage in the war. Before long, the mercenaries had turned it into a wasteland. Arnaud even besieged Marseille with 3,000 men, although the city held out.

In 1358, the Archpriest ensured his infamy by essentially taking the Pope hostage, surrounding the Papal seat in Avignon, and demanding 20,000 florins to leave the region. After that, Arnaud largely went back to legitimate mercenary work and was part of the royal army defeated by Seguin de Badefol’s raiders at the Battle of Brignais.

In 1365, Arnaud was hired to lead the mercenaries in a crusade against the Turks, although the real goal was to get them out of France. He was stabbed to death months later in an argument over supplies.