Dating apps allow like-minded strangers to connect with ease. However, psychopaths and killers lurk in the digital shadows. The number of people who have been murdered as a result of looking for love the 21st-century way is shocking. Beware before you meet online strangers: Your first rendezvous may be your last. 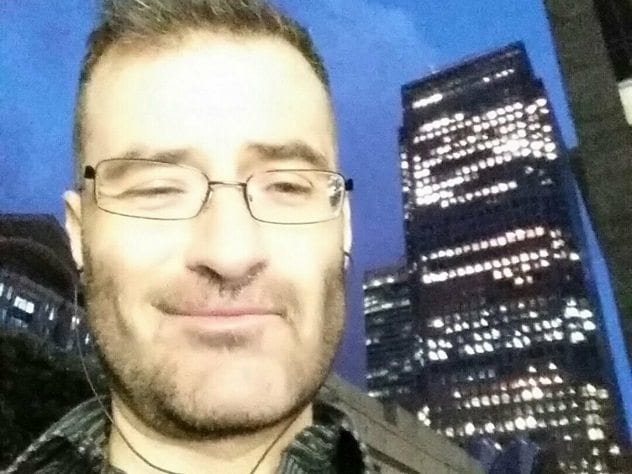 Photo via The Sun

London police were called to investigate a foul smell emanating from the apartment of Stefano Brizzi. When they entered, they discovered the body of Gordon Semple, age 59, partially dissolved in a bathtub full of acid. Brizzi, 50, admitted to dismembering the former police officer while high on methamphetamine. The two met on the dating app Grindr. According to Brizzi, Semple died accidentally during a “sex game gone wrong.” Prosecutors disagreed.

After Semple’s death, Brizzi was filmed on CCTV buying buckets, metal sheets, and cleaning supplies. Brizzi began dismembering the body and stripping the flesh. Six days later, police discovered flesh globules floating in the tub, bags of bones, part of Semple’s head, and even human fat in the oven. Brizzi revealed that he dissolved Semple’s remains because “Satan told me to.” Jurors convicted Brizzi of the brutal murder in November 2016. 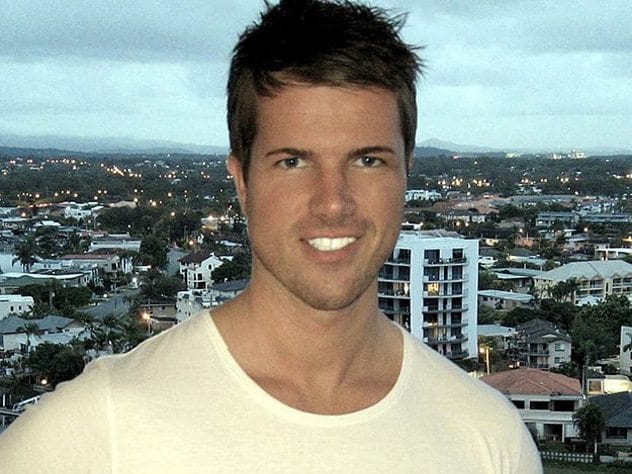 In October 2016, the Brisbane Superior Court acquitted Gable Tostee, 30, of murdering a woman he met on the dating app Tinder. According to authorities, Tostee connected with Warriena Wright, 26, before they returned to his Gold Coast apartment. After an argument, Tostee locked Wright on the balcony. Prosecutors alleged that he intimidated her and she felt compelled to climb down from his 14th-floor apartment. Wright fell to her death.

The most important piece of evidence in Tostee’s acquittal was an audio recording he made the night of the murder. On the tape, Wright can be heard crying and pleading to go home. Tostee failed to hear her scream—but saw her fall. Tostee fled the apartment. He indicated that looking over the edge might appear as though he was involved with Wright’s death. His attorneys claimed Tostee merely used “reasonable force” to restrain an “increasingly erratic” woman. 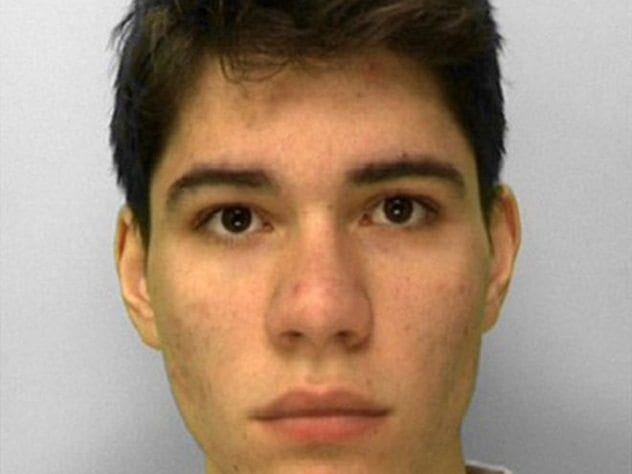 In November 2016, a jury convicted Ben Bamford, 18, for the murder of a government tax advisor he met on Grindr. Authorities discovered the naked body of Paul Jeffries, 52, in the blood-splattered kitchen of his Essex home with a tea cozy over his face. Jeffries suffered over 40 injuries, including a severed thumb and a slashed throat. At least three different knives and a candlestick were used in the slaying.

Prosecutors allege that Bamford went to Jeffries’s house to have sex and steal money to cover drug debts. According to Bamford, he was trying to protect himself from Jeffries. Bamford and Jeffries had met two years previously and had recently resumed contact after a break. Jeffries had given Bamford money in the past. After the murder, Bamford was hospitalized for injuries sustained in the attack. He confessed to his mother and turned himself into the Eastbourne police station. 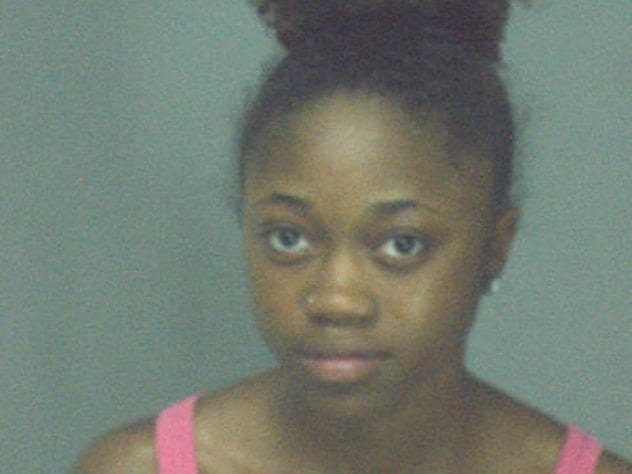 In October 2016, DeKalb County, Georgia, authorities accused Clarissa McGhee, 21, of murdering a man she met on the dating app PlentyOfFish. McGhee allegedly lured Jordan Collins, 23, to a residence, where she and three accomplices waited to rob him. Collins was gunned down in the process. While attempting to help, Jordan’s brother, Chad Collins, was shot five times but survived.

Collins had previously met one of the other suspects, Nashea Poole, 21, on PlentyOfFish. According to Chad, Jordan headed outside, at the request of McGhee, to quiet a barking dog. He heard him say “chill out” and then gunfire. Antonio Avery, 25, and Demarco Butler, 27, were waiting to rob Collins. Police found McGhee’s screen name “Layla234567” on Collin’s cell phone. McGhee claims she was providing escort services to the Collins brothers and showed up with another female and the two men for protection. All four suspects are charged with murder. 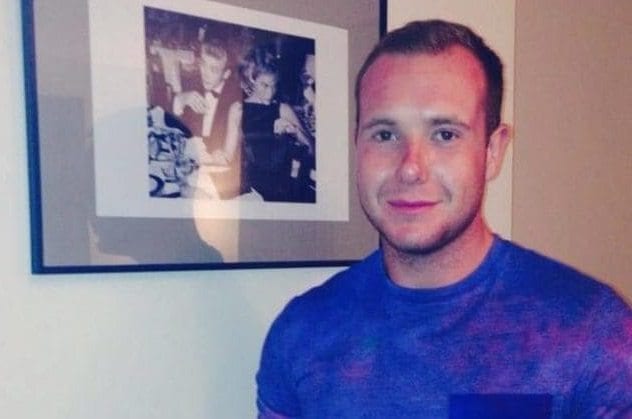 A British Court sentenced Carl Langdell to a minimum of 26 years in prison for the murder of a London schoolteacher he met on PlentyOfFish. Langdell, 26, and Katie Locke, 23, had their first and last rendezvous on Christmas Eve 2015 in Hertfordshire at the Theobalds Park Hotel. After a night of heavy drinking, Langdell attacked and strangled Locke to death. He then dumped her body near a dumpster before taking photos and having sexual intercourse with the corpse.

Nine months before the grisly attack, Langdell had confided in a community psychiatric nurse that he wanted to slice a girl’s throat, gloat over he dead body, and fornicate with the cadaver. Langdell had also lied and told Locke that he ran his own law firm. She had no idea that he’d spent time in a psychiatric hospital. After his arrest, Langdell described himself to a psychiatrist as a “monster.”

5 Patel And The Psychopath 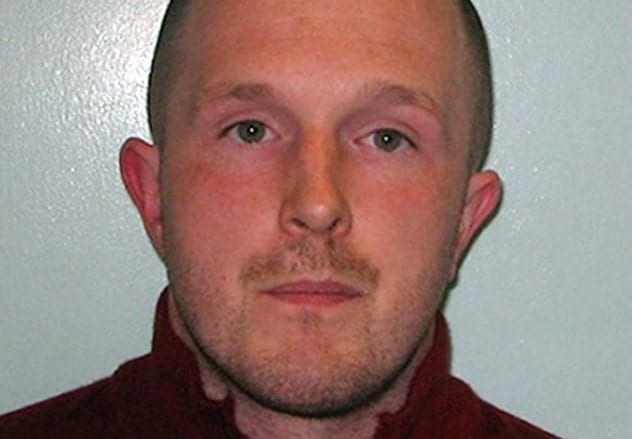 Usha Patel was beaten, strangled, and knifed by a man she met through the Oasis dating app. Patel, 44, invited Miles Donnelly, 35, to her London apartment. The couple drank alcohol and disrobed before the brutal attack occurred. Donnelly beat Patel in the head, choked her, and stabbed her 13 times in the stomach with a bread knife. In his haste to flee, Donnelly left behind his underpants, socks, keys, and a picture of his daughter.

Patel’s father discovered the body the following day. Her five-year-old son had been in the next room when the slaying occurred. Donnelly avoided arrest for several days by hiding out in the residence of his neighbor, Rosie Ferrigno, 43. When Ferrigno refused his advances, Donnelly hit her back of the head with a stool and fled. He was eventually arrested after calling police himself. Donnelly confessed to the killing and was sentenced to life in prison in 2016.

4 The Most Gruesome Act Of Evil 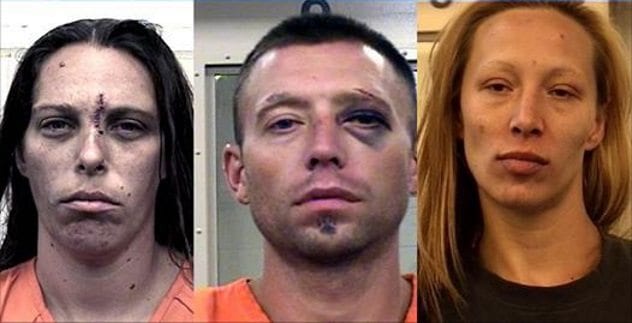 In 2016, Michelle Martens (left above) was accused of using PlentyOfFish to invite a pair to rape her ten-year-old daughter. Martens, 35, allegedly watched the horrific attack before her daughter, Victoria, was killed and dismembered. Martens admitted to inviting Fabian Gonzales, 31, and his cousin, Jessica Kelley, with the express purpose of sexually torturing her daughter the day after her tenth birthday. Victoria’s body was discovered without arms in a burned blanket in the bathtub of a New Mexico apartment. Investigators revealed she had been injected with methamphetamine before being raped, strangled, and stabbed.

Martens claimed she watched the couple rape her daughter three times. She then had intercourse with Gonzales. Authorities charged Martens with kidnapping and child abuse resulting in death. Gonzales and Kelley were charged with kidnapping, child rape, and child abuse resulting in death. Martens revealed that she had previously watched men, whom she sourced from dating sites, sexually assault her daughter. 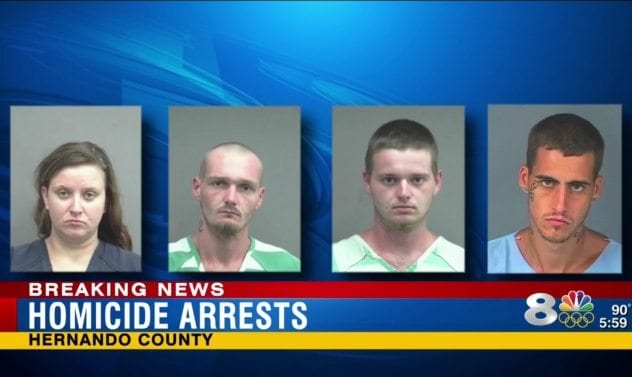 The naked body of Preston Talley was discovered in the woods of Brooksville, Florida, in 2016. Investigators indicated that the Gainesville man’s death was connected with a dating app. Talley, 35, believed he was in communication with Kayla Morrow, 25. However, he was actually corresponding with Joshua Gardner, 24 (center left above). Gardner lured Talley to Hernando County with promises of methamphetamine and sex. Talley met Morrow and then followed her to a secluded location, where the three other suspects were waiting for them.

Talley was beaten to death with a baseball bat. Along with Morrow and Gardner, Andrew Abbot, 19 (center right above), and Brandon Harrelson, 24 (right above), took $20 and some methamphetamine off Talley before stripping his clothes along with some of their own, most likely to destroy evidence. The suspects fled to Mississippi but later returned to Florida, where they were arrested. Morrow, Gardner, Abbot, and Harrelson have all been charged with first-degree murder. 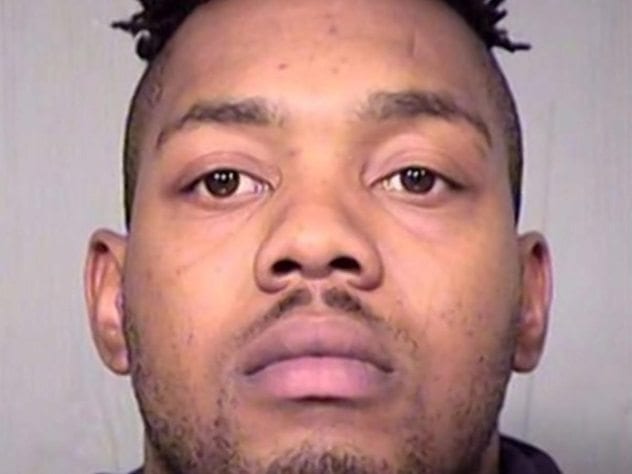 In May 2016, the body of Angela Russo was discovered in a shallow grave in the Arizona desert. Russo, 24, had been missing for a month. Her cause of death was unknown, but investigators found significant signs of foul play. Authorities arrested Lashawn Johnson, 25, and charged him with second-degree murder, kidnapping, and concealing a body.

Russo’s mother indicated that her daughter and Johnson met through a dating app. Investigators revealed that Russo and Johnson had exchanged text messages before she went missing. While searching Johnson’s apartment, they found evidence that it may have been a murder scene. Johnson’s roommate took authorities to the desert outside of Tonopah, where they discovered Russo’s remains near a burned-out sedan. When he was charged with Russo’s murder, Johnson was already in jail for an unrelated charge. Brittany Johnson, LaShawn’s wife, admits to her husband’s infidelity but insists that he is not a murderer.

1 Meet Me, Murder Me 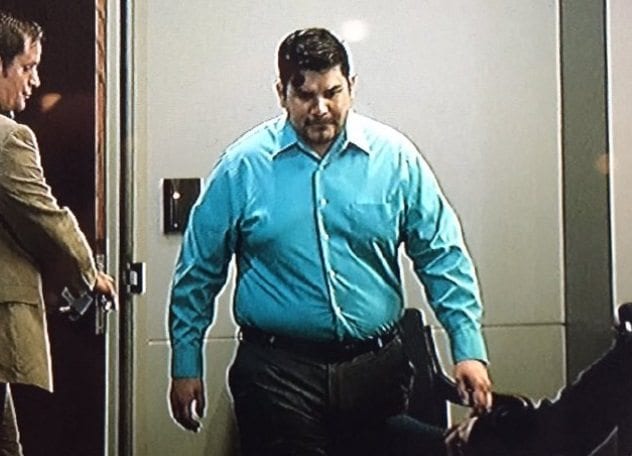 In August 2016, Edward Bonilla, 30, was convicted of murdering a woman he met through Meet Me and sentenced to life in prison. According to Bonilla’s testimony, on the way home from a party, he and Ashley Pegram, 28, got into a fight. Pegram attacked Bonilla, and he tried to restrain her. Moments later, Pegram fell to the ground, dead. Bonilla returned to the murder scene with his work van, put a plastic bag over Pegram’s head, wrapped duct tape around her neck, and buried her in the woods near Harleyville, South Carolina.

Bonilla told investigators that he had dropped Pegram off at a gas station before heading home. He even sent a phony Kik message to Pegram in an attempt to throw police off his trail. Bonilla’s story did not account for Pegram’s extensive injuries, however. Nothing in his testimony revealed how blood got onto the ceiling of his van.