Also known as the “San Mateo Slasher,” the “Gypsy Hill Murderer” claimed at least four lives in 1976. Each killing occurred in the rural environs of Northern California’s San Mateo County not far from Gypsy Hill Road. All of the victims were stabbed to death. Even worse, all were sexually assaulted before they died. Despite some promising leads, the case went ice-cold even before 1976 became 1977.

That freeze continued until 2015 when a 67-year-old man was named as the primary suspect in two of the murders. Furthermore, police in Nevada linked one of their cases to the Gypsy Hill slayings, thus bringing the total number of corpses to at least five. 2018 could very well be the year that the mystery of the Gypsy Hill murders is finally put to rest.

10 The Murder Of Veronica Cascio 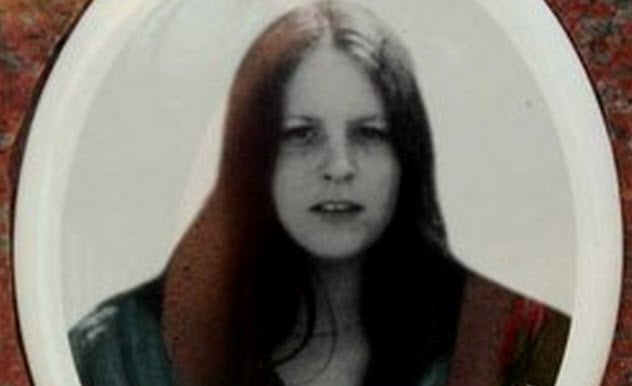 The first crime of the Gypsy Hill killer was discovered by police on Thursday, January 8, 1976. On that date, the front page of the San Mateo Times newspaper reported that two people had been found murdered in San Mateo County.

One of the murder victims was Benito “Benny” Navarez, a 43-year-old man whom police found stabbed to death inside the Casa Mateo Inn. The newspaper reported that Navarez, who was unemployed and had been staying at the inn for many months, was found with a large knife sticking out of his chest. Navarez had been dead for at least three days by the time that his body was found.

The other victim, 18-year-old Veronica Anne Cascio, was discovered by 16-year-old David Litman. He found Cascio’s body while walking through a golf course in the town of Pacifica. Cascio’s nude body was found near a creek that ran close to the golf course. She had been stabbed over 30 times.[1]

Eight days after it published the facts concerning Cascio’s murder, the San Mateo Times published a front-page article saying that a homeless man arrested in conjunction with Cascio’s murder had been released by police.

9 The Murder Of Paula Baxter 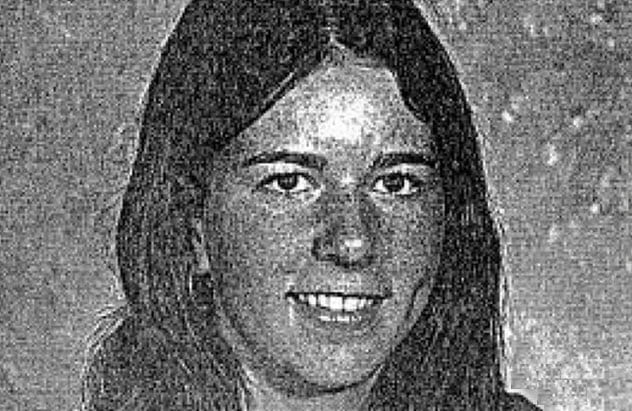 Just a few weeks after the murder of Veronica Cascio, 14-year-old Tatiana Blackwell was reported missing. Blackwell, who would fall victim to the Gypsy Hill slayer, would not be discovered again for a few more months.

However, exactly 30 days after David Litman found Cascio’s body, the corpse of Paula Baxter was found in a secluded grove of eucalyptus trees tucked behind the Church of Jesus Christ of Latter-day Saints located in the town of Millbrae.

At the time of her death, Baxter was just 17 and had only been missing since February 2. Investigators discovered that Baxter’s killer had stripped her nude and sexually assaulted her prior to death.

The unknown slayer had also stabbed Baxter four times and hit her in the head at least once with a piece of concrete. Her body was found in her 1972 Chevy Vega station wagon.[2] 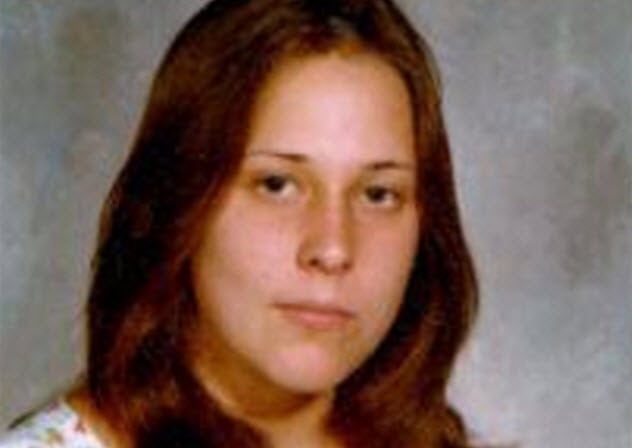 The mystery of Tatiana Blackwell’s disappearance came to a grisly conclusion on June 6, 1976. On that day, her corpse was found just off Sharp Park Road in the Gypsy Hill area. Like the others, she had been stabbed to death.

Tatiana, who was known as Tanya to her friends, was last seen traveling to a nearby 7-Eleven. Many decades later, John Blackwell, Tanya’s older brother, would say at a press conference that her death emotionally destroyed his parents. “The first time I ever saw my daddy cry was at the funeral,” Blackwell said to the assembled reporters.

At first, Pacifica detectives suspected that Tanya, a freshman at Oceana High School, might have run away from home. However, after her body was discovered less than 1.6 kilometers (1 mi) away from her home on Heathcliff Drive in Pacifica, they realized that she had been murdered by someone who knew the area very well.[3]

Therefore, Tanya had been abducted and was not a teenage runaway.

7 The Murder Of Carol Lee Booth 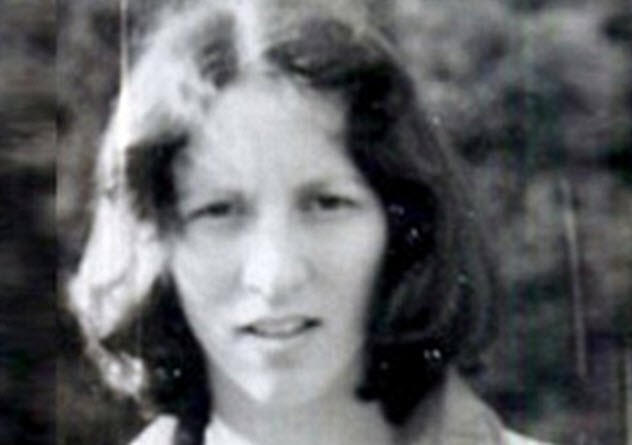 People who knew Booth said that she frequently walked home via a shortcut that took her between the Kaiser Hospital and Mission Road. This shortcut also regularly took Booth close to the El Camino Driving Range, which, being a golf course of sorts, linked Booth’s murder with Cascio’s.[4]

Months after her husband reported her missing on March 15, Booth’s corpse was found in some brush not far from the shortcut. She had been stabbed to death. Like many of the other victims, Booth’s body had been dumped in a shallow grave not too far from a creek (this one being the Colma Creek).

6 The Murder Of Denise Lampe 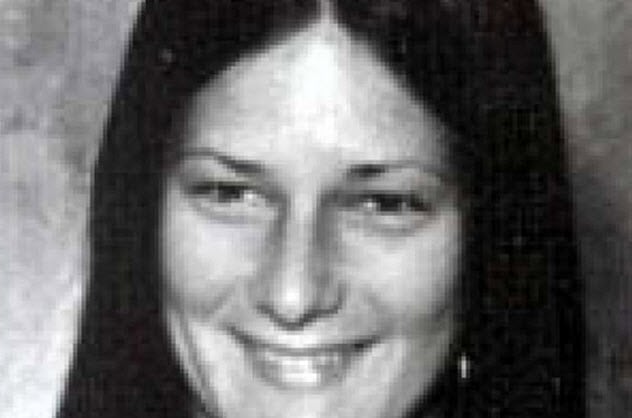 Denise Lampe loved her 1964 Ford Mustang. Sadly, she would spend her last minutes alive in that car while her killer brutalized her. Lampe was last seen at the Serramonte Mall in Daly City, California. She was returning to her car, which was reportedly parked between a Denny’s restaurant and a Macy’s department store.

A native of Broadmoor, California, Lampe was found dead shortly before 10:00 PM that same night. The 19-year-old had been stabbed 20 times in the chest and arms. The first person to find her body was mall security guard John Ward, who just happened to be Lampe’s boyfriend.

In a strange coincidence, Lampe’s murder occurred less than 90 meters (300 ft) from an earlier Daly City murder, this one involving Richard E. Post and Ruth Wilhelmsen. The April murder of Denise Lampe marked the 16th homicide in San Mateo County that year.[5]

5 A Murder In Reno 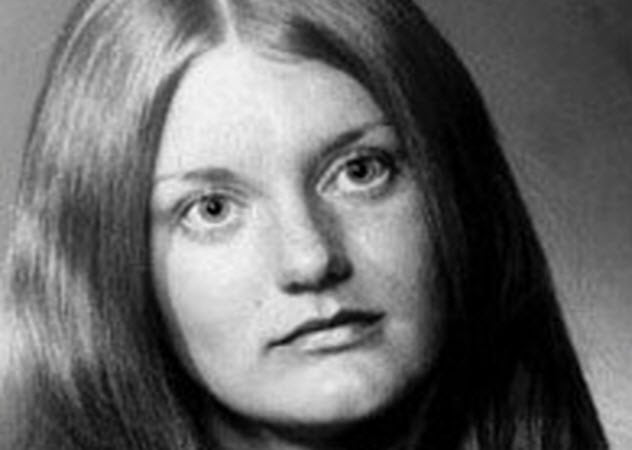 The Gypsy Hill murders happened exclusively in San Mateo County, California. However, DNA evidence highlights the fact that the slayer in Northern California may have killed one victim in Reno, Nevada.

On February 24, 1976, 19-year-old Michelle Mitchell experienced a vehicle breakdown. Her car was stuck at the intersection of 9th Street and Evans Avenue in Reno. Since Mitchell’s vehicle was not far from the campus of the University of Nevada–Reno (the school which Mitchell attended), a passerby suggested pushing the yellow Volkswagen Bug into a nearby parking lot that belonged to the school. All of this occurred around 8:10 PM.

Later that evening, Mitchell’s dead body was found in a parking garage. Her hands had been tied behind her back, and her throat had been slit. In this case, the police had one tantalizing clue—the remains of a cigarette that had been left at the scene.[6]

In 1979, a woman named Cathy Woods, who was committed to a psychiatric hospital in Louisiana at the time, confessed to murdering Mitchell. This would seem to rule out the Gypsy Hill connection with the Mitchell case. But in 2014, DNA testing proved that the cigarette belonged to someone other than Woods.

She was exonerated in 2014 and immediately sued Reno and Washoe County for wrongful imprisonment. Woods is the longest-serving female inmate to ever be exonerated in the history of the United States.

4 Another Murder In San Francisco 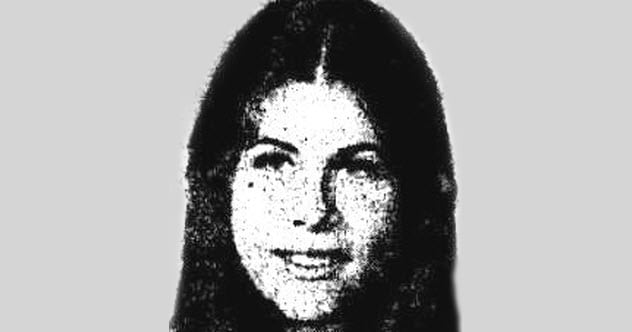 In the same month that Carol Lee Booth went missing and was murdered, San Francisco resident Idell M. Friedman was also murdered by an unknown assailant. Friedman, 21, worked for a San Francisco import company. On March 17, 1976, she was found stabbed to death inside her apartment at 116 Fairmount Street.[7]

Friedman’s nude body was found on her kitchen floor. San Francisco homicide investigators discovered that her killer had also ransacked the apartment in an apparent search for valuables. Friedman had been raped, and her killer had strangled her with a lamp chord prior to stabbing her to death with a 20-centimeter (8 in) knife.

3 The FBI Task Force Is Formed 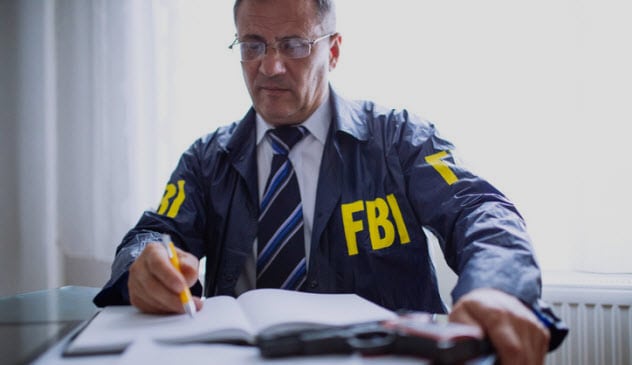 The last Gypsy Hill murder occurred in 1976. Several decades later, in 2014, the Federal Bureau of Investigation formed a task force with the goal of using the latest in DNA and forensic science to finally unmask the Gypsy Hill murderer.

The first major breakthrough orchestrated by the FBI’s task force was the exoneration of Cathy Woods. Specifically, they found that the DNA on the cigarette butt matched the semen evidence taken from some of the San Mateo murders. Since the semen samples indicated a male killer, Woods was ruled out as the killer of Michelle Mitchell.

At the time, Reno police did not want to completely rule out Woods as a suspect. Some suggested that she had been an accomplice in the murder of Mitchell.[8]

Elsewhere, in San Mateo County and San Francisco, FBI agents revisited eyewitnesses and those who knew the victims to “jog their memories.” All of this hard work would eventually pay off when the first major and most viable suspect in the Gypsy Hill case was named and arrested. 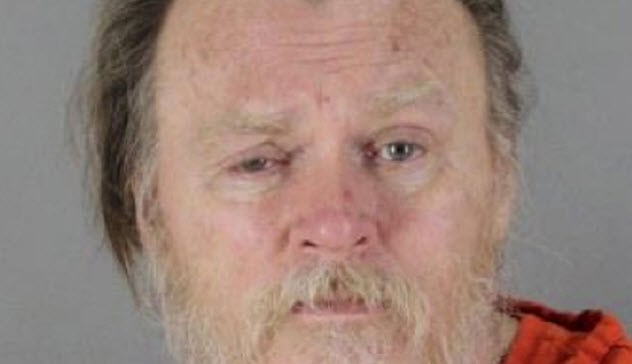 In April 2017, 68-year-old Rodney Lynn Halbower pleaded not guilty to the murders of Cascio and Baxter. Judge Donald Ayoob set the accused’s bail at a whopping $10 million. Halbower’s DNA also linked him to the murder of Mitchell, thus conclusively proving that Mitchell was a victim of the Gypsy Hill murderer.

Halbower had submitted the DNA sample used in the case against him when he was transferred from a prison in Nevada to the Oregon State Prison in November 2013. He was arrested two years later for the murders of Cascio and Baxter.

This was not Halbower’s first time in prison. Back in 1975, one year before the Gypsy Hill murders began, he was paroled from prison in Nevada after he was convicted of raping a female blackjack dealer. Eleven years later, after another criminal conviction, Halbower broke out of a Nevada prison and committed several violent crimes before he was recaptured.[9] 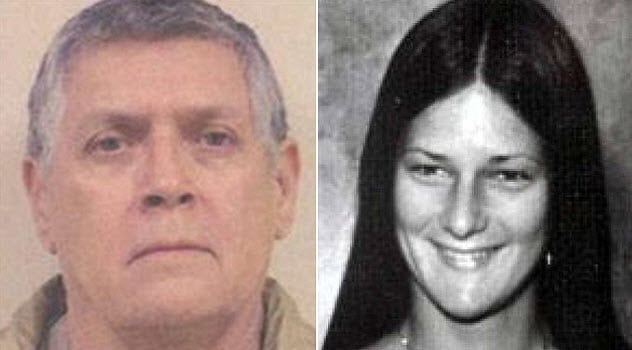 At the time of the arrest, Seymour was already housed in the Coalinga State Hospital after being convicted of 10 different cases of sexual assault and kidnapping. As of this writing, there is no evidence to show that Seymour and Halbower, two men who were known to multiple state law enforcement agencies due to their many convictions for sex crimes, knew each other at all.

Like Halbower, DNA ultimately proved to be Seymour’s undoing. Specifically, blood found on Lampe’s jacket conclusively proved that Seymour had been in the car with Lampe at the time of her murder.

In November 2017, Seymour’s bail was set at $10 million. This case, which has yet to conclude, has officially removed Lampe’s name from the list of Gypsy Hill murder victims.[10]

Benjamin Welton is a freelance writer in Boston.