Ancient warfare was dominated by men, who have natural advantages when it comes to wielding a sword, drawing a bow, or dying of dysentery in some squalid camp. But every so often a powerful woman would come along to shock the ancient world by leading her armies into battle. Proud male warriors often underestimated these women, usually with fatal results. 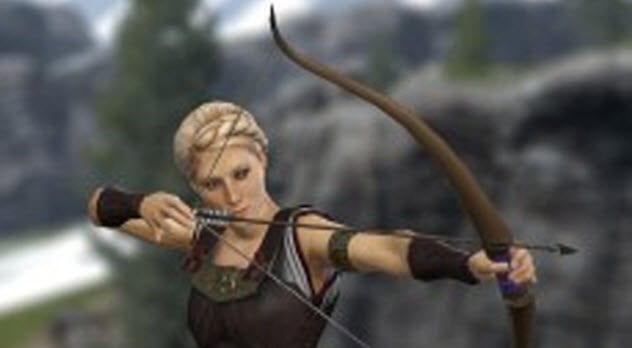 Cynane was the daughter of Philip of Macedon and the half-sister of Alexander the Great. Her mother was from Illyria, a region with a tradition of female warriors, and she taught Cynane to ride, fight, and shoot. In fact, as a teenager, Cynane supposedly accompanied a Macedonian invasion of Illyria and killed the Illyrian queen in single combat.

That may not be true, but Cynane was certainly a power player at the Macedonian court. Alexander tried to marry her to a distant chief to get her out of the way, but the chief mysteriously dropped dead before the wedding. Rumors of poison ensured that nobody else would try to marry Cynane against her will.

After Alexander died, his mentally disabled brother succeeded him as Philip III and there was a scramble to see who would become the power behind the throne. Cynane raised an army and marched on Babylon, intending to marry her daughter to Philip. This alarmed the regent Perdiccas, who sent an army under Antipater to stop her. But Cynane defeated Antipater at Strymon and continued toward Babylon.

In desperation, Perdiccas sent Cynane’s old friend Alcetus to assassinate her at a meeting. But the plan backfired. The Greek army was so horrified at the murder of Alexander’s sister that they demanded that Cynane’s daughter marry Philip as she had wished. Even in death, Cynane got her way. 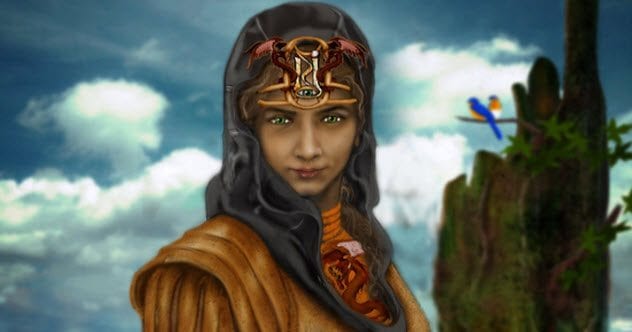 During the reign of the Emperor Valens, an alliance of seminomadic Arab tribesmen burst across the border and invaded Roman Palestine. The Arabs were led by a woman named Mavia, who personally led her troops into battle. The Romans thought this was hilarious. In fact, when the commander of Palestine summoned reinforcements, he was effectively dismissed from his post for needing help to fight a woman.

Mavia soon taught them a lesson, crushing the Roman forces in battle. According to the historian Sozomen, the dismissed Roman commander actually redeemed himself by charging into the fray and rescuing the general who had fired him.

In any case, the Romans decided that Queen Mavia had to be taken seriously and sent negotiators to reach a diplomatic solution. Mavia’s main demand was that a monk named Moses be appointed to replace the current Arab bishop, suggesting that her invasion was religious in nature. 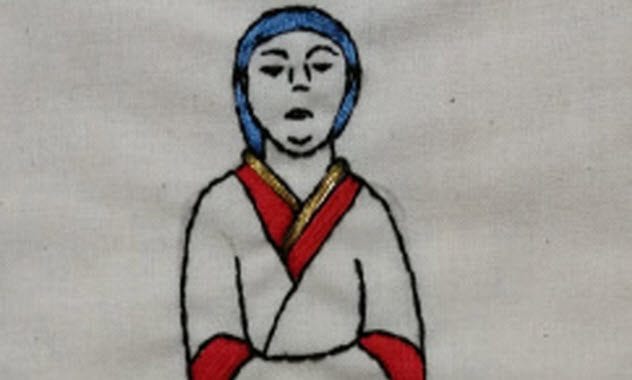 Lu’s mother didn’t even leave us her name, but she certainly made her presence felt in Ancient China. Around AD 14, a minor official named Lu was unjustly executed by the local magistrate.

Lu’s mother was heartbroken at the death of her son and became determined to get her revenge. Since she came from a family of wealthy wine merchants, she was able to build up support by generously offering gifts and credit to the local peasants.

By the time she was in her sixties, Lu’s mother had built up a loyal network of several hundred local youths. She recruited more supporters from the outlaws who had taken refuge on a nearby island.

Once her forces were strong enough, she launched an outright rebellion and took control of the entire district. The magistrate who had executed her son begged for mercy. But she responded that her son had died for a petty crime, so it was only fair that his murderer should also get the death sentence.

After Lu’s mother died, her supporters joined the Red Eyebrows, a group of rebels who painted their faces and played an important part in overthrowing Emperor Wang Mang. 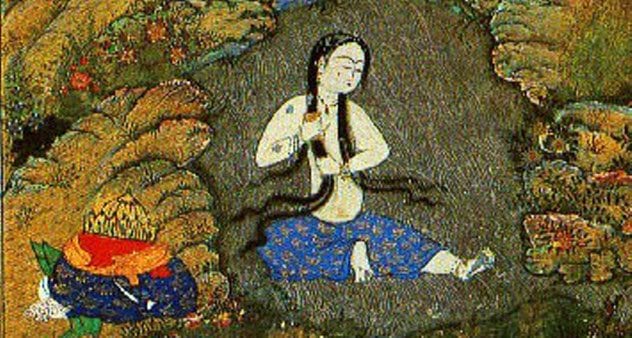 Rhodogune was a Parthian princess in the second century BC. According to the Greek historian Polyaenus, the fearsome Rhodogune was taking a bath one day when she heard that a local tribe was revolting. She immediately jumped out of the water and vowed not to bathe or wash her hair until the rebels were defeated.

Unfortunately, the war that followed was “tedious,” but the revolting Rhodogune eventually led her forces to victory against the revolting rebels. She immediately retired to her bath and thoroughly washed her hair. However, Polyaenus says that her statues and seals always depicted her with unkempt hair from that day on in honor of her great and smelly victory. 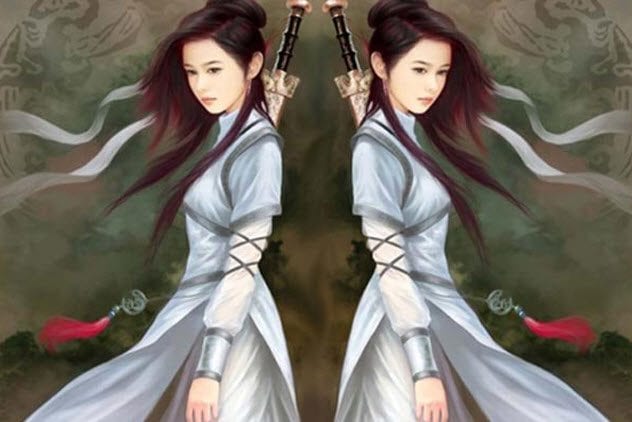 The Trung sisters are considered heroes of Vietnam for leading the resistance against the invading Chinese Han dynasty. Trung Trac was married to Thi Sach, a Vietnamese nobleman who organized a secret plan to rise up against the Chinese. When the Han got wind of this and murdered Thi Sach, Trung Trac took over as leader of the movement.

Together with her sister, Trung Nhi, Trung Trac gathered an army and put the Chinese forces to flight. In AD 39, the sisters declared themselves joint queens of an independent Vietnamese state. However, the Han empire struck back, sending a huge army which overwhelmed the Trung forces. Refusing to be captured, the sisters drowned themselves in a river around AD 43. 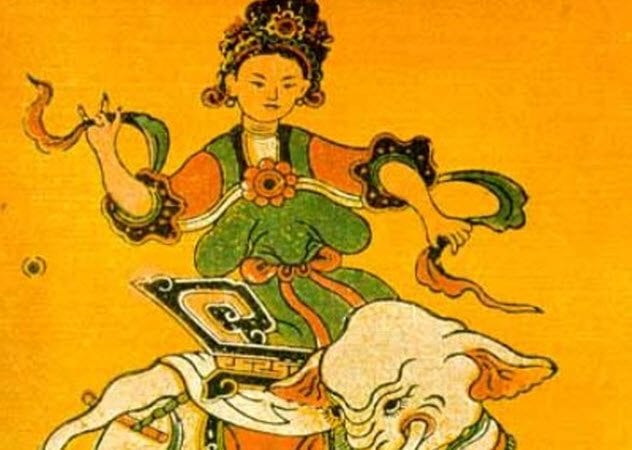 When asked why she never married, Lady Trieu famously declared, “I wish to ride a strong wind and tame fierce waves, kill sharks in the Eastern sea, force back the Chinese armies, and throw off the chains of slavery. How could I possibly accept to be some man’s servant?”

Like the Trung sisters, Trieu was a Vietnamese woman who led a rebel army against the Chinese. Her rebellion was smaller and more localized that the Trung sisters’ uprising, but Trieu was every bit as fierce. In later years, she took on mythological characteristics, including yard-long breasts which she threw back over her shoulders so they wouldn’t get in the way during battle.

The brief accounts of her life indicate that she was eventually defeated and took her own life around AD 248. 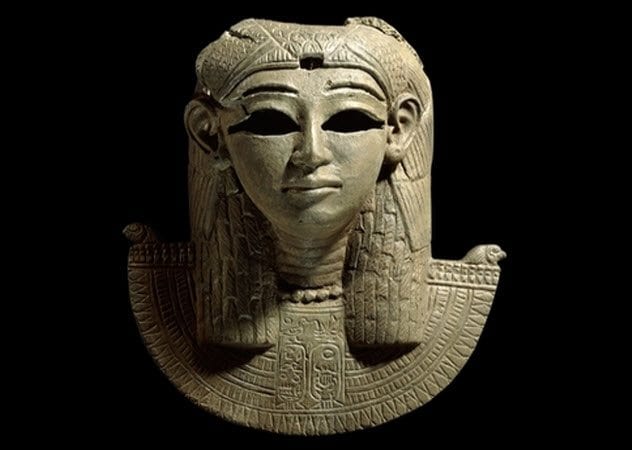 In classic sitcom style, Amanirenas was a tough woman who had to fix a disaster caused by her idiot husband. The warrior queen was the wife of King Teriteqas of Nubia, who had foolishly attacked Roman Egypt. When the Romans struck back, Teriteqas died of disease, leaving Amanirenas ruling Egypt as regent for their young son.

Fortunately, Amanirenas was more than up to the challenge. Roman sources describe her as a giant of a woman, blind in one eye and tough as nails. After escaping a Roman siege of Napata, she raised an army and marched on the fortress of Premnis. The legions soon arrived, but neither side was keen on a pitched battle. Instead, Amanirenas sent ambassadors to Emperor Augustus, who agreed to her demands and signed a lasting peace treaty. 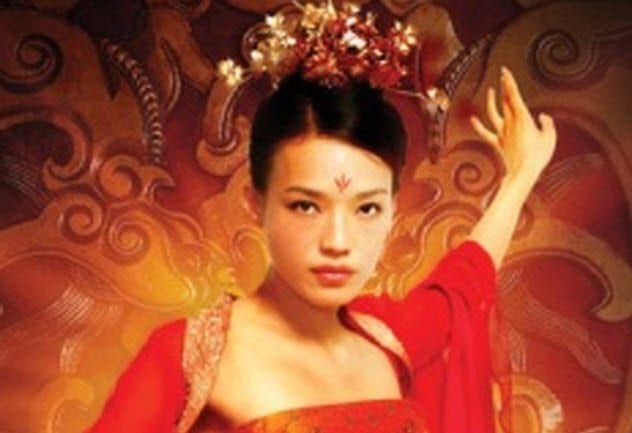 Princess Pingyang was the daughter of Li Yuan, who founded the Tang dynasty. When Li Yuan launched his rebellion, Pingyang was sent to the family estate for safety. Instead, she built a peasant army, known as the Woman’s Army in her honor. (Later legends claiming that it was an army of women seem to be incorrect.)

With this force, Pingyang seized control of Huxian County and defeated a Sui dynasty army sent to stop her. She then marched north with 10,000 men, destroying the Sui forces in Shaanxi. In AD 617, she combined with her father to capture the Sui capital. She became the first woman to take the title of Marshal but then suddenly died at age 23. 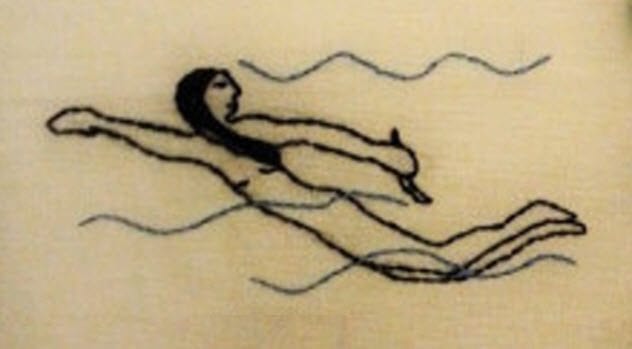 Hydna of Scione was the daughter of a Greek professional diver who taught her to swim from a young age. After defeating the Spartans at Thermopylae, the Persians marched on Athens while their navy sailed down the coast. When a storm blew up, Hydna and her father volunteered to cut the Persian anchors.

To complete this feat, father and daughter had to swim 16 kilometers (10 mi) across a storm-tossed bay and then dive down and saw through the Persian cables, all while avoiding detection. Amazingly, they succeeded and the Persian fleet was wrecked. The grateful Greeks erected a statue of the divers, which was later stolen by Nero. 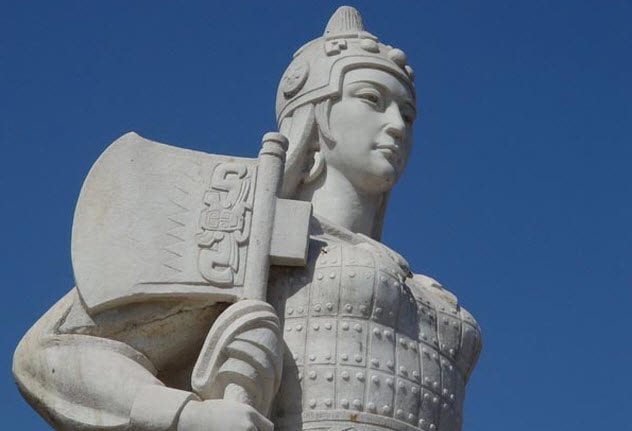 Fu Hao might be the oldest and greatest female general in ancient history. She was the wife of Wu Ding, who ruled Shang dynasty China from around 1250 to 1190 BC.

While such ancient history can often be mixed with legend, it’s certain that Fu Hao served as a general because many inscribed oracle bones dated to her lifetime ask questions related to her military campaigns. Her tomb has also been found and contains weapons and other martial trappings.

According to the archaeologists who have unearthed her story, Fu Hao was her husband’s main general. Her greatest victory came against the Tu-Fang, ancient enemies of the Shang whom she defeated so thoroughly that they were never a threat again.

She led three other confirmed military campaigns, all of them great successes. It seems that she was a cunning strategist, luring the Bafang army into a deadly ambush. She died of exhaustion shortly after this triumph and was buried with great honor.