Especially when we’re sick and vulnerable, we rely on health-care providers to treat us. We depend on their knowledge, training, skills, and compassion. We expect them to help us to heal so that we can return to our duties and responsibilities as employers or employees, spouses, parents, neighbors, and friends.

We certainly don’t expect to get worse as a result of being hospitalized. However, there’s a chance that, in fact, we will get worse as there are 10 ways a hospital stay can make us sicker. 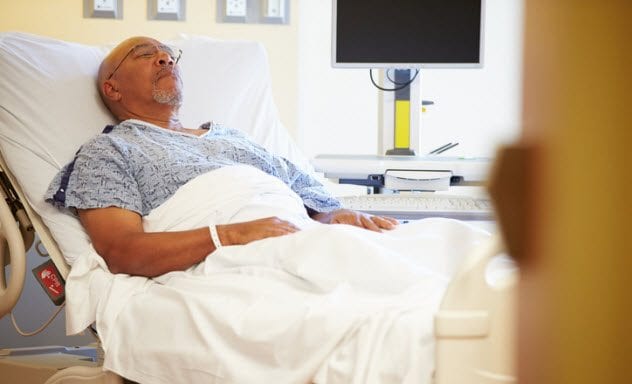 Dr. Harlan Krumholz of the Yale School of Medicine has coined the term “post-hospital syndrome” to identify a temporary period during which patients are susceptible to an illness following a hospital stay. This requires their readmission within 30 days of their initial discharge.

The cause of readmission ranges from a hospital-acquired infection (HAI), stress experienced during hospitalization, sleep deprivation during the hospital stay, a lack of nutrition or exercise, lowered immune system functioning, and depression. Research conducted in 2009 shows that, among Medicare patients, 2.6 million discharged patients (20 percent) were readmitted to the hospital within a month of their discharge. 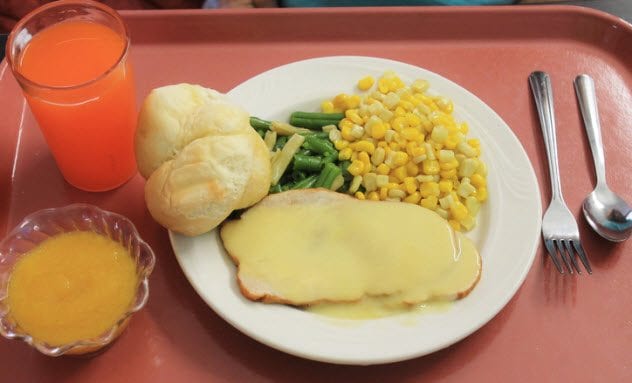 A Pennsylvania Patient Safety Authority study found that, between January 2009 and June 2014, hospital staff committed 285 errors related to patients’ meals—181 of which were related to allergies—due to charting errors and communication mistakes.

Eight caused “serious harm to patients.” In one case, a patient with a seafood allergy was given fish and had to be “injected with epinephrine, given several intravenous drugs,” and relocated to an intensive-care unit for observation.

Other patients who were supposed to fast were given food or food that did not accord with their prescribed diets. The errors occurred throughout the “dietary process,” from the ordering to the delivery of meals. 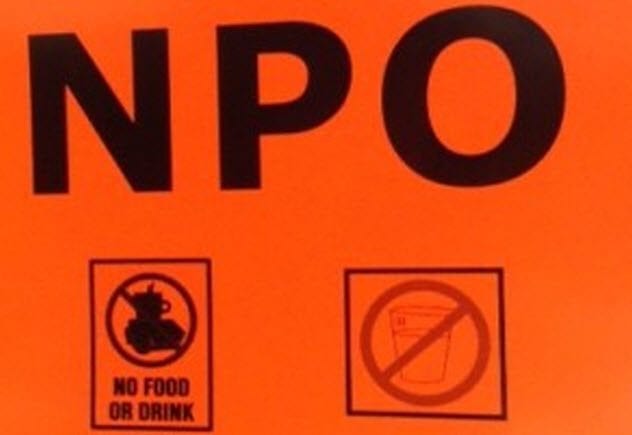 In an article in the online journal BMJ Quality and Safety, several Johns Hopkins Hospital doctors contend that the practice of withholding patients’ food for eight hours prior to surgery is unnecessary and potentially dangerous. Even worse, in some cases, patients may have to wait days before hospitals allow them to eat in case they need to be anesthetized for surgery.

Patients’ immune systems could be compromised by denying them sleep and nutrition. Inadequate nutrition, suffered by half of hospital patients, could lead to “inflammation, muscle breakdown, and organ damage.”

Dr. Martin Makary, one of the authors of the article, called the need for an eight-hour fasting period before surgery a “myth.” He and his colleagues observed that it’s safe for patients to consume a high-carbohydrate beverage two hours before surgery. He also recommends that patients be allowed to eat food other than hospital meals during their hospital stays. 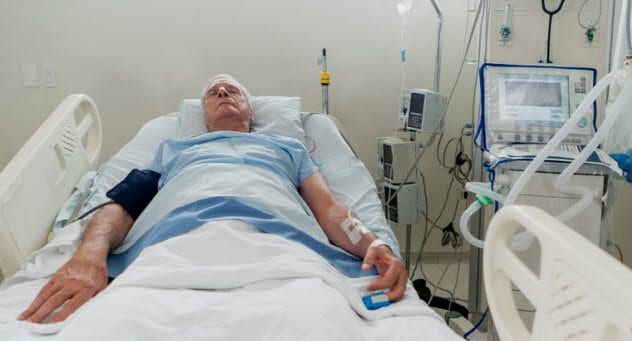 Contaminated medical equipment, faulty surgical incisions, and too many antibiotics contribute to HAIs caused by bacteria, fungi, and viruses. The magazine Consumer Reports rated hospitals based on their number of infections related to surgical sites, catheter or urinary tract infections, and bloodline infections. A year later, they added C. diff and two common “drug-resistant bacterial infections that can spread easily and are potentially fatal.”

According to the US Centers for Disease Control and Prevention, nearly 650,000 patients acquired almost 722,000 HAIs in 2011. Daily, 200 patients die of these infections during hospitalization.

High rates of HAIs occur even in prestigious hospitals such as Johns Hopkins Hospital in Baltimore, Mount Sinai Hospital in New York City, and Ronald Reagan UCLA Medical Center in Los Angeles. “Strict infection-control protocols, [limited use of antibiotics, and] cleaning hospital rooms and medical equipment” are effective measures in the reduction or elimination of these infections.

In US states with lax reporting requirements, many hospitals “upcode” HAIs, assigning them false billing codes which are difficult to detect. In this way, these hospitals avoid the loss of federal payments due to penalties for the occurrence of HAIs.

One proposed solution is to require hospitals to report all HAIs, including the names of infected patients, the effects of the infections, and the infections’ root cause[s]. This proposal also suggests increasing the number of hospitals targeted by audits. 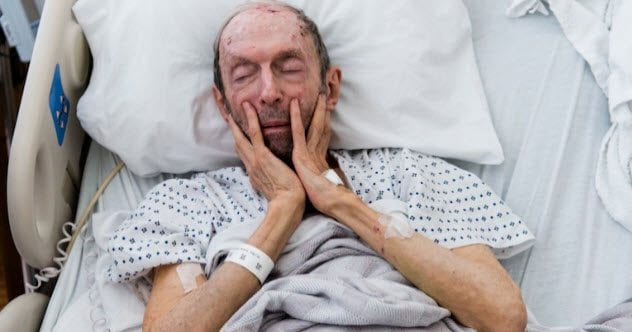 Elderly patients tend to receive worse care than other patients. As a result, many of them leave the hospital in worse shape, physically and psychologically, than when they were admitted. Older patients are sometimes not fed properly, do not get enough exercise, or do not receive sufficient pain control.

Often, oxygen tanks or intravenous (IV) poles prevent the elderly from getting out of bed. Doctors perform unnecessary procedures on these patients and prescribe “redundant or potentially harmful medications.”

The elderly are deprived of sleep in noisy wards or because their vital signs are checked frequently throughout the night. Younger patients are more resilient than seniors, so older patients may have a harder time than younger patients in recovering from such treatment.

Some hospitals separate elderly patients from others, removing IV tubes and encouraging them to get out of bed to eat in a common dining room. The focus in such hospitals is on elderly patients’ ability to care for themselves at home.

However, improved care for seniors is not a high priority for most hospitals because memory loss and the inability to walk, unlike HAIs, are not debilities for which hospitals are penalized by the government. “If you don’t measure it, you can’t fix it,” said Ken Covinsky, a physician and researcher at the University of California, San Francisco, Division of Geriatrics. 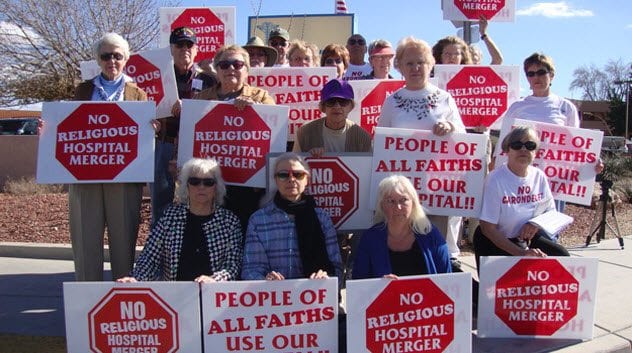 To survive in poor economic environments, small hospitals often merge with large chains. Typically, the US government doesn’t monitor these mergers or their effects on patient care.

The goal of these mergers may be “to cut overlapping services, negotiate better deals with insurance companies, and share in the cost savings.” However, some services may no longer be provided at all because decisions about health care are based more on profit or ideology than on patient care.

Even when state governments provide some oversight, it’s not focused on retaining or increasing care. Most of the regulations concerning patient services were developed when the number of hospitals was increasing rather than decreasing. In some cases, declines in services are ideological in nature, as when hospitals founded by religions organizations refuse to provide abortions. 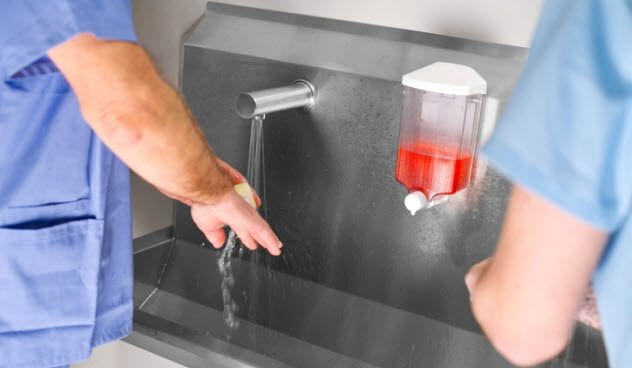 In some cases, patients are worse off after hospitalization due to poor staff hygiene. Sometimes, doctors don’t wash their hands as often as they should. Nurses, tasked with reminding physicians and surgeons to do so, don’t think it’s their responsibility to “police the doctors.”

If they were to offer such reminders, nurses said, they’d fear reprimands. Doctors also don’t want to be taken to task by nurses because it implies that the doctors aren’t aware of the need for sanitary practices. 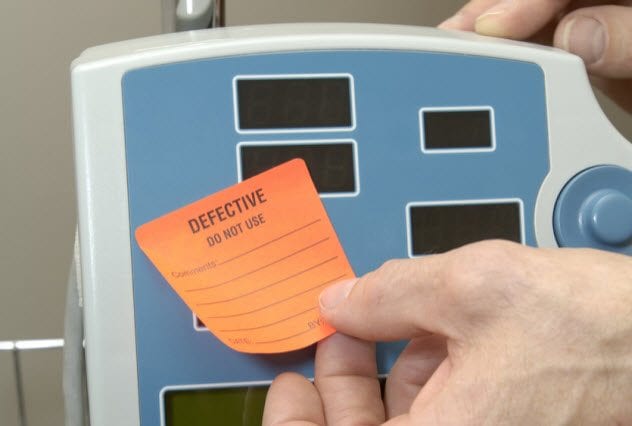 Two of the many problems faced by Princess Margaret Hospital in Eastern St. Thomas, Jamaica, are equipment failure and a lack of basic equipment. The former problem is being addressed by the construction of a new ward and by renovating existing areas of the facility.

Off the record, though, the hospital’s staff complains of an air conditioner that has malfunctioned for months. The unit should cool the operating room, making surgeons and other staff comfortable during surgery. The air conditioner also keeps equipment cool so that it will function properly. Patients for whom general anesthesia is not required during an operation also suffer because of the heat.

According to the hospital’s Chief Executive Officer Janine Hill, air conditioning repairs are scheduled for the future and the hospital hopes to acquire an ultrasound machine. However, she admitted, “There is still a need for other things.” Some of those things include a hematology analyzer and other basic equipment common to hospitals. 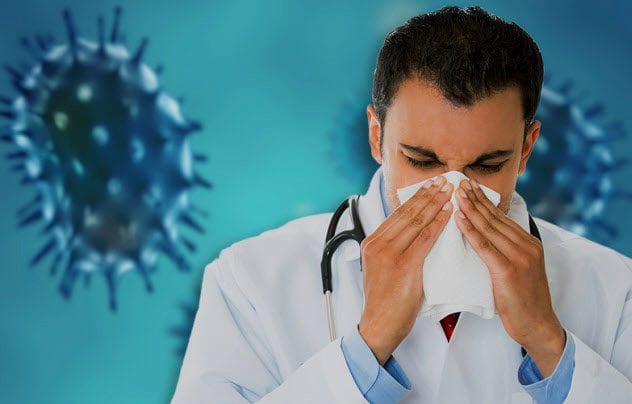 Although doctors often feel obligated to work while sick, they put their patients with weakened immune systems at risk of infection when the doctors do so. In a survey of health-care providers (including 280 doctors) at the Children’s Hospital of Philadelphia, 83 percent admitted to working while sick at least once during the past year.

Their symptoms included diarrhea, fever, and cold or flu symptoms. These health-care providers worked while sick because they didn’t want to let their colleagues or patients down.

In addition, they indicated that peer pressure was a consideration because colleagues criticize doctors who take sick days. Previous surveys have shown similar results, indicating that doctors respond to workplace pressures to work when ill. 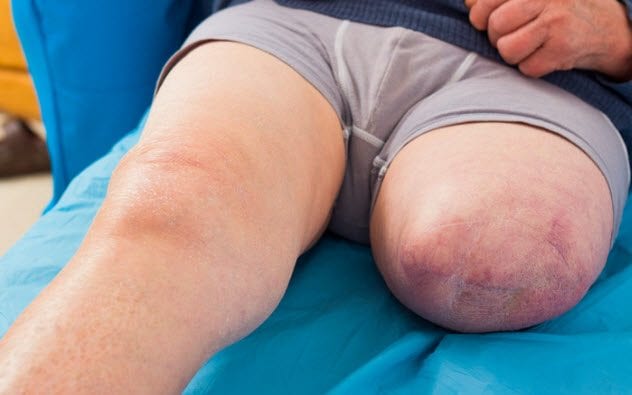 “Never events” (occurrences that should never happen) can make patients sicker. These preventable incidents, such as operating on the wrong part of a patient’s body or leaving foreign objects inside a patient’s body, can seriously harm or kill patients.

In addition, serious untoward incidents (SUIs) can inconvenience, injure, or kill patients. SUIs include patients harming themselves by falling from heights, doctors failing to act according to test results and causing a need for further treatment, staff calling female patients for breast screenings due to faulty equipment, and dentists extracting the wrong teeth.

Gary Pullman lives south of Area 51, which, according to his family and friends, explains “a lot.” His 2016 urban fantasy novel, A Whole World Full of Hurt, available on Amazon.com in paperback or Kindle edition, was published by The Wild Rose Press. An instructor at the University of Nevada, Las Vegas, he writes several blogs, including Chillers and Thrillers: A Blog on the Theory and Practice of Writing Horror Fiction and Nightmare Novels and Other Tales of Terror.